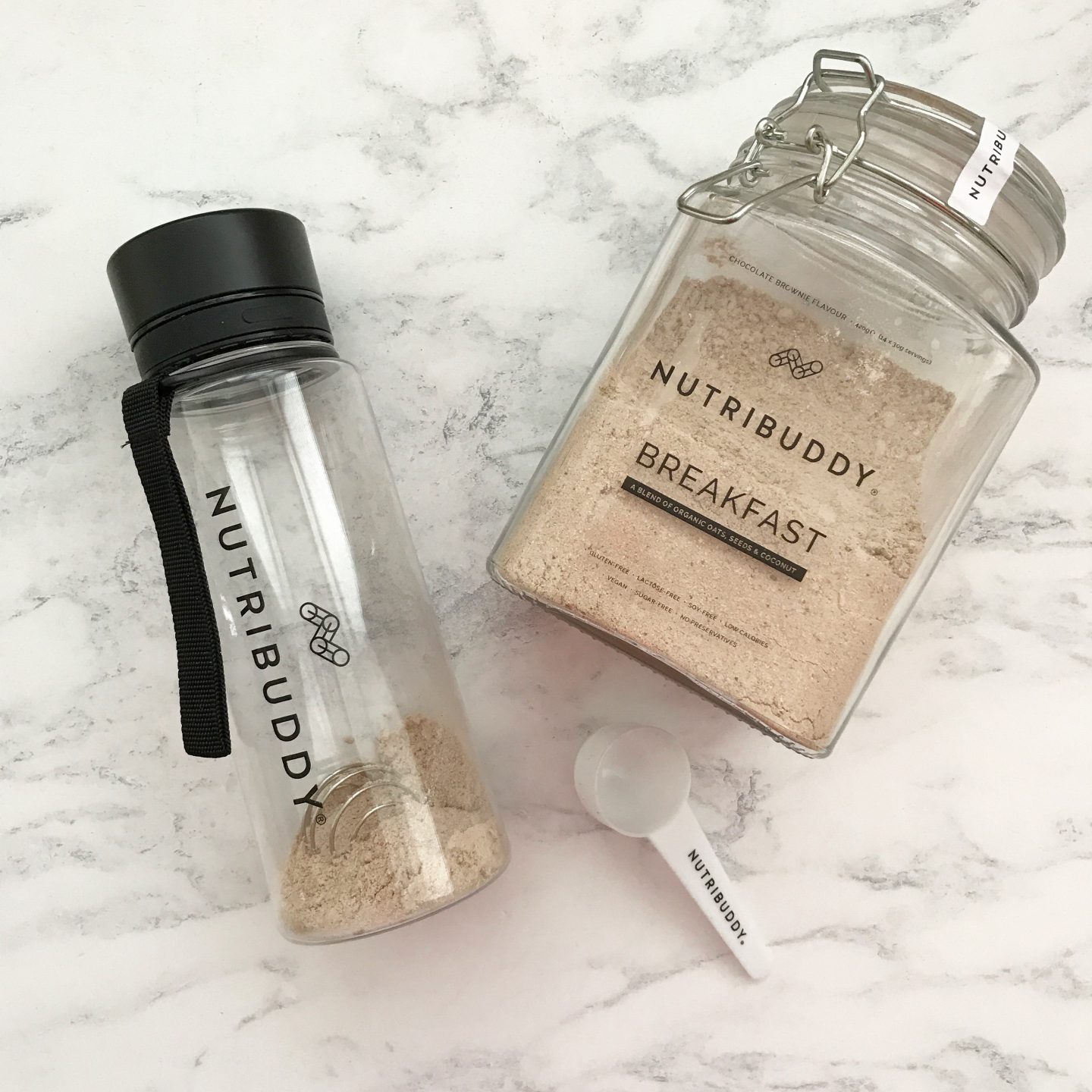 Oh breakfast. It feels like the meal that no-one quite gets right. At least, if you work full-time. Or have a family to think about first. Unless you’re irritatingly disciplined. I’ve had everything for breakfasts – years of chocolatey-milk covered coco pops. Then egg mayonnaise sandwiches. Then microwavable bacon sandwiches, so dank the bacon wasn’t even cooked properly. The years of a latch-key kid in the 90’s hey? I’m not even sure that’s allowed any more. Thankfully though I survived various attempts to poison myself and now I’m older and more sensible. Enter stage right, Nutribuddy.

It’s safe to say that as someone who has recently transitioned from vegetarian to vegan AND being now in my late 30’s, I’m definitely more concerned with what I eat than I ever used to be. Aside from porridge, I find it hard to eat properly in the mornings in a rush to get to work. For the last week though I’ve been trying the Nutribuddy breakfast shakes each morning and I’m fairly converted to starting the day this way.

Let me tell you a little more about them.

Nutribuddy have a number of different products and trials available via their website. I’m working with them on a 14 day review specifically of their Breakfast Shake which contains a nutritious blend of organic oats, seeds and coconut. Simply mix three scoops of powder into a milk of your choice, give it a shake and off you go!

What’s even better is that not only are the shakes gluten-free, they’re also suitable for vegetarians and vegans (as well as anyone eating a meat/dairy diet), high in fibre, soya free and refined sugar free. As shakes go these feel like a very good idea to be kick-starting my day especially when I can actually understand what the ingredients are.

Now, I’m someone who loves to chew and I do love my food. So I was a little sceptical initially as to whether the Nutribuddy would even come close to satisfying my morning taste buds. Until I realised of course that most of the time breakfast is nothing more than a slice of toast with vegan butter as I rush out the door to catch a train.

It’s available in 4 different flavours – strawberry, vanilla, naked and chocolate brownie. Of course for me there was no contest as my sweet-tooth kicked me in to touch and meant that I HAD to pick the chocolate brownie. The full range of ingredients for this version are: organic gluten-free oats, organic flaxseeds, organic desiccated coconut, organic chia seeds, organic cocoa powder and stevia. So far, so good.

I LOVE the fact that this caters for vegans as well as anyone else and so you can either mix it with normal milk or a plant-based milk of your choice. I’ve been having mind with our usual almond milk and it tastes really great. I did worry that either the consistency would put me off or the taste would be too sweet but not at all.

And so how do I feel so far? As someone who tries to go on a little run (around 3km) in the mornings before work and then hit the gym at some point during the day, this is the perfect way to start the day. I mix one up as soon as I get back from my run before showering. It then keeps me going right through until lunchtime. I have noticed though that if I gym in the morning before having more food, I feel a little running on empty. However, if I go in the afternoon after lunch, it’s absolutely fine.

Overall I’m very impressed with Nutribuddy so far. It definitely feels like I’m getting a lot more nutrition in the mornings than I typically would be before. One more week to go and the next blog post will be up letting you know what I’ve thought overall. 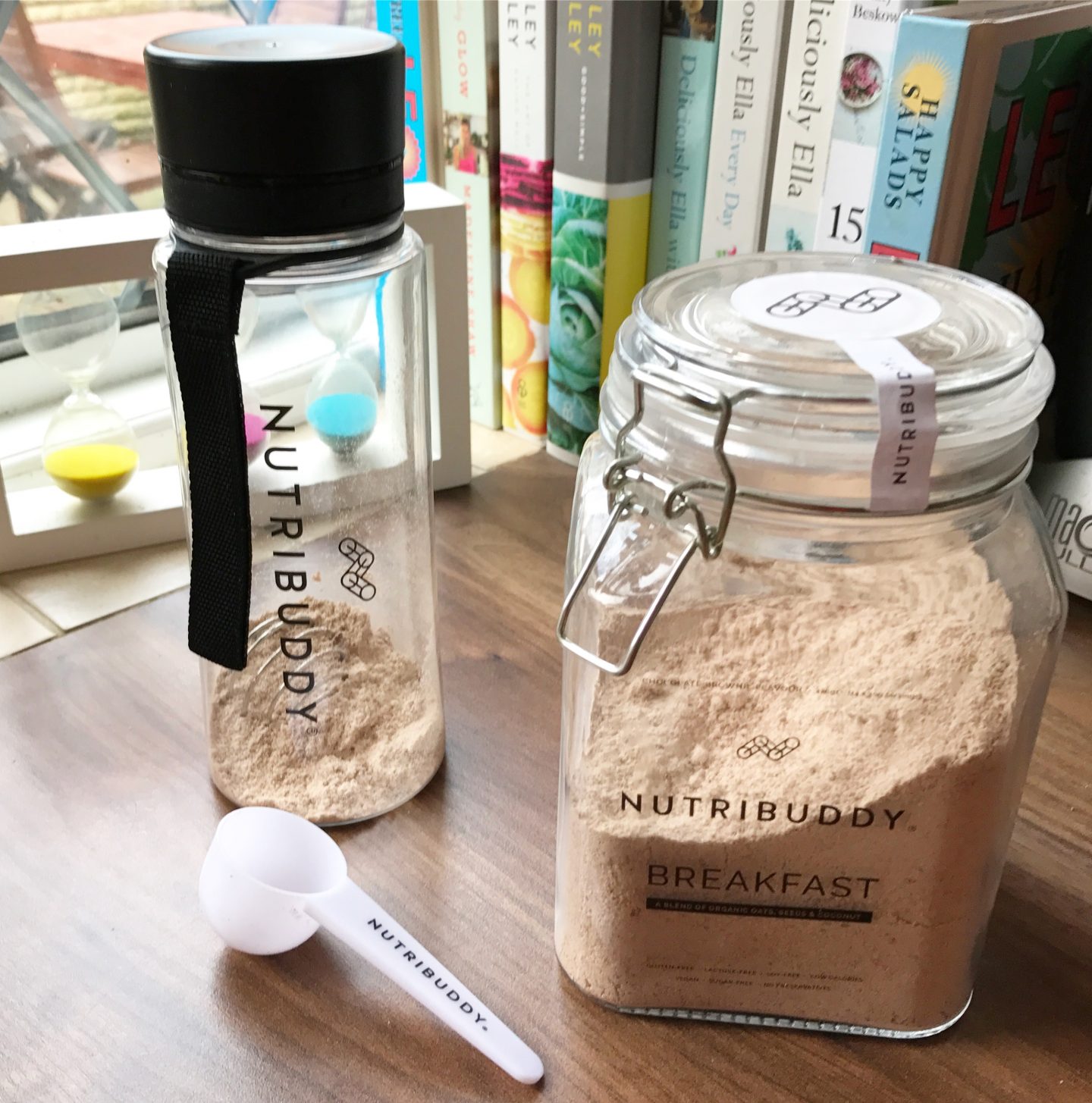 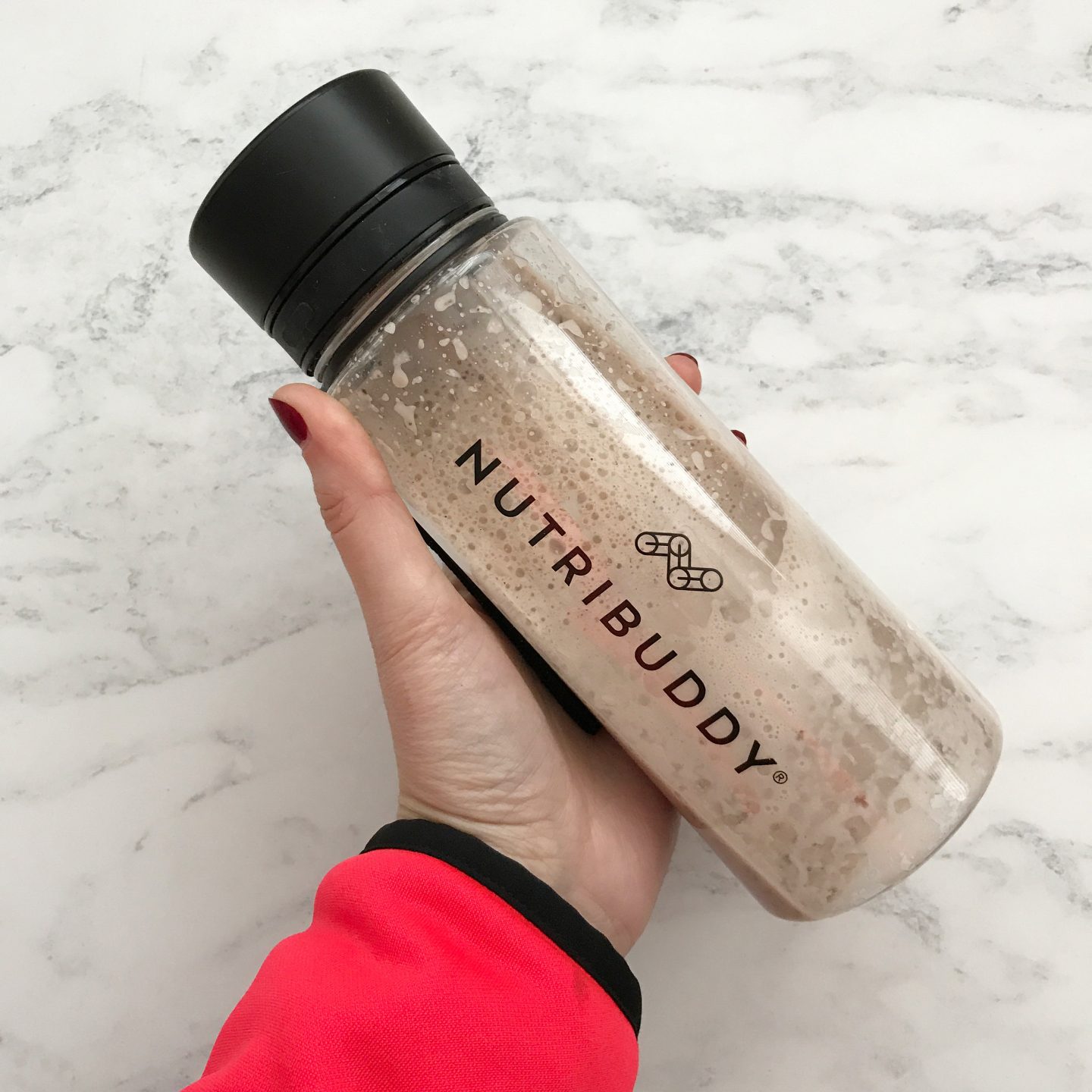 Thank you so much to Nutribuddy for sending me a 14 day trial of their breakfast shakes in return for an honest review. I’ll be sharing a 10% discount code on social media later today. Post contains affiliate links.