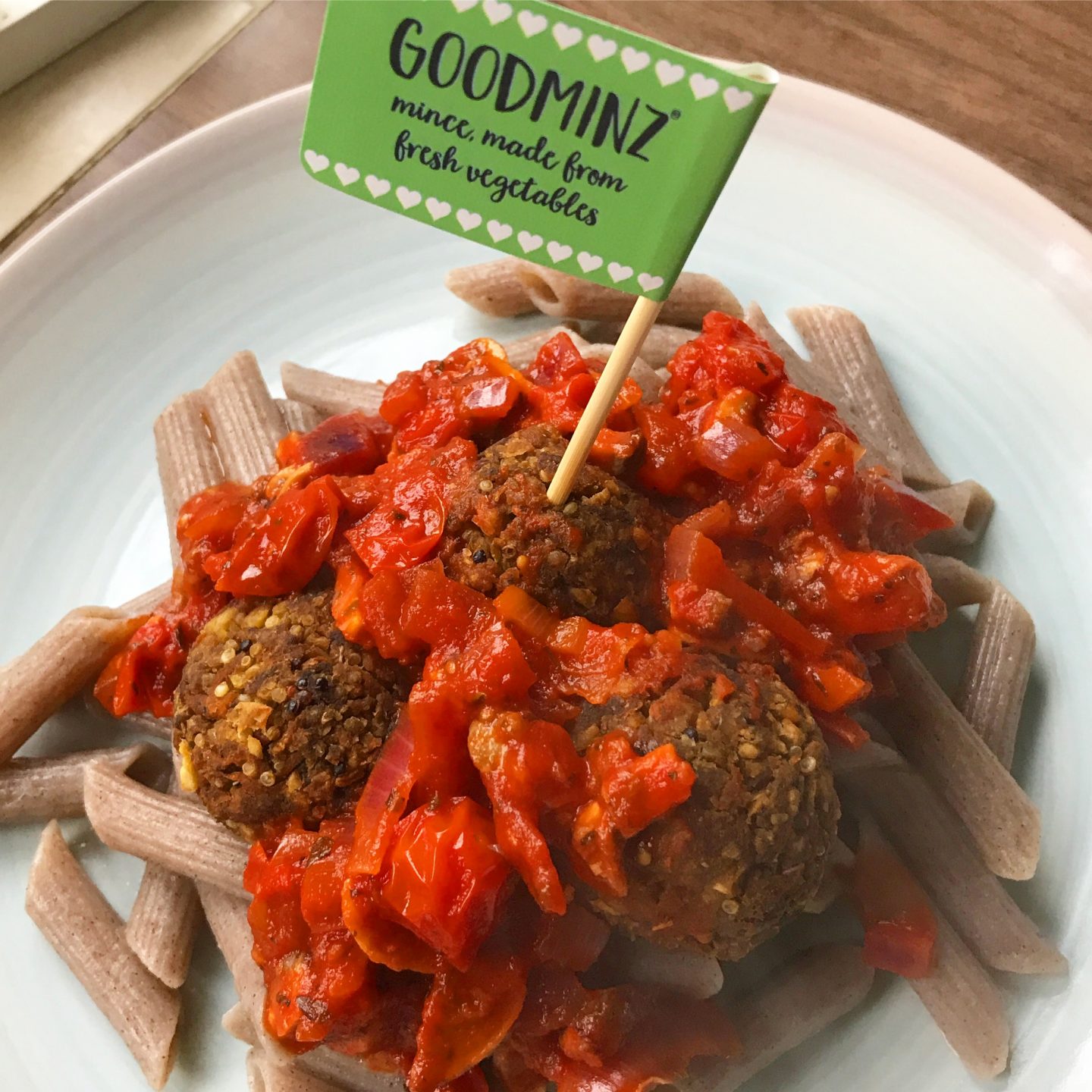 Since the start of the year I’ve been a little obsessed with lots of home cooking and sourcing new vegan foods. It’s a very exciting time if you’re following a vegan food lifestyle with supermarkets, street food and restaurants all doing their best to lure our taste buds. The latest creation described by their founder as ‘a small David taking on some Goliaths of the plant-based food world’ is GOODMINZ from Reroot Foods.

So what’s the USP? Unlike many of the vegetarian/vegan ‘minces’ already on the market, GOODMINZ is made entirely from vegetables. No soya in sight which will make intolerant sufferers very happy. But does it really hold its own in the world of vegan mince? Available in four different flavour/colour combinations, I received two perfectly wrapped packages to get busy in the kitchen and put it to the test.

The idea behind GOODMINZ is that it’s versatile enough to be moulded into any food stuff. Sausages, burgers, meatballs, even ‘crumbles’ for bolognaise or chilli. It really sounds too good to be true so I was keen to see if it really did work. The four colours and therefore flavours are green, purple, orange and brown. Unpacking my orange and brown packets, they both went straight into the freezer (yes, you can even freeze this stuff!) because as bloggers who work full-time know all too well, there aren’t many photos you can take during the working week.

I decided to test the brown GOODMINZ first. As with regular mince, it can be defrosted overnight in the fridge. I wondered if this may impact the quality or ability to shape it but no such worries. With a handy video on their website, it’s easy to get to grips with the veggie mix and whittle it into something more palatable.

So what’s included in the goodness? Each GOOZMINZ contains 5 vegetables. The hero vegetables in brown are chestnut mushrooms, parsnip and fennel minced with a foundation of carrots and cauliflower. Combined with other ingredients such as chickpeas, quinoa and pea fibre, they make a huge fibre and protein hit and perfect for any vegans who may be exercising too.

A packet of GOODMINZ amounts to 454g and I found it easy to shape it into 12 ‘meatballs’. The suggestion is to pop the prepped shapes into the fridge for half an hour or so just to firm up. Then, I popped the balls onto a greased baking tray and into the oven on approximately 180 (fan) for 15 minutes.

In the meantime, I whipped up an easy homemade ‘bolognaise’ sauce to complement the ‘meatballs’ as follows:

Sautee the chopped onion on a medium heat for 5 minutes. Add the remaining ingredients and simmer for approximately 20-30 minutes until a thick, hearty sauce forms in the pan.

Serve the balls on a bed of buckwheat penne paste and cover with the homemade sauce. It couldn’t be more simple, vegan or gluten-free. Hearty, healthy, full of everything you need to maintain a nutritious vegan lifestyle and it tastes delicious. We actually had leftovers the next day since there are only two of us and it tasted just as good. Yes, you can taste the veggie element of the balls in a way that perhaps you can’t with soya mince which definitely tastes more like the mince you might expect. But there’s no denying that it feels SO good to be getting such a fantastic portion of nutritious vegetables in one sitting.

I’m definitely sold so far, in around a week or so I’ll have the next recipe up which I think will be something like Mexican burgers using the orange GOODMINZ. It’s not yet available to buy from supermarkets but watch this space because it’s just a matter of time for this super duper vegan foodstuff. 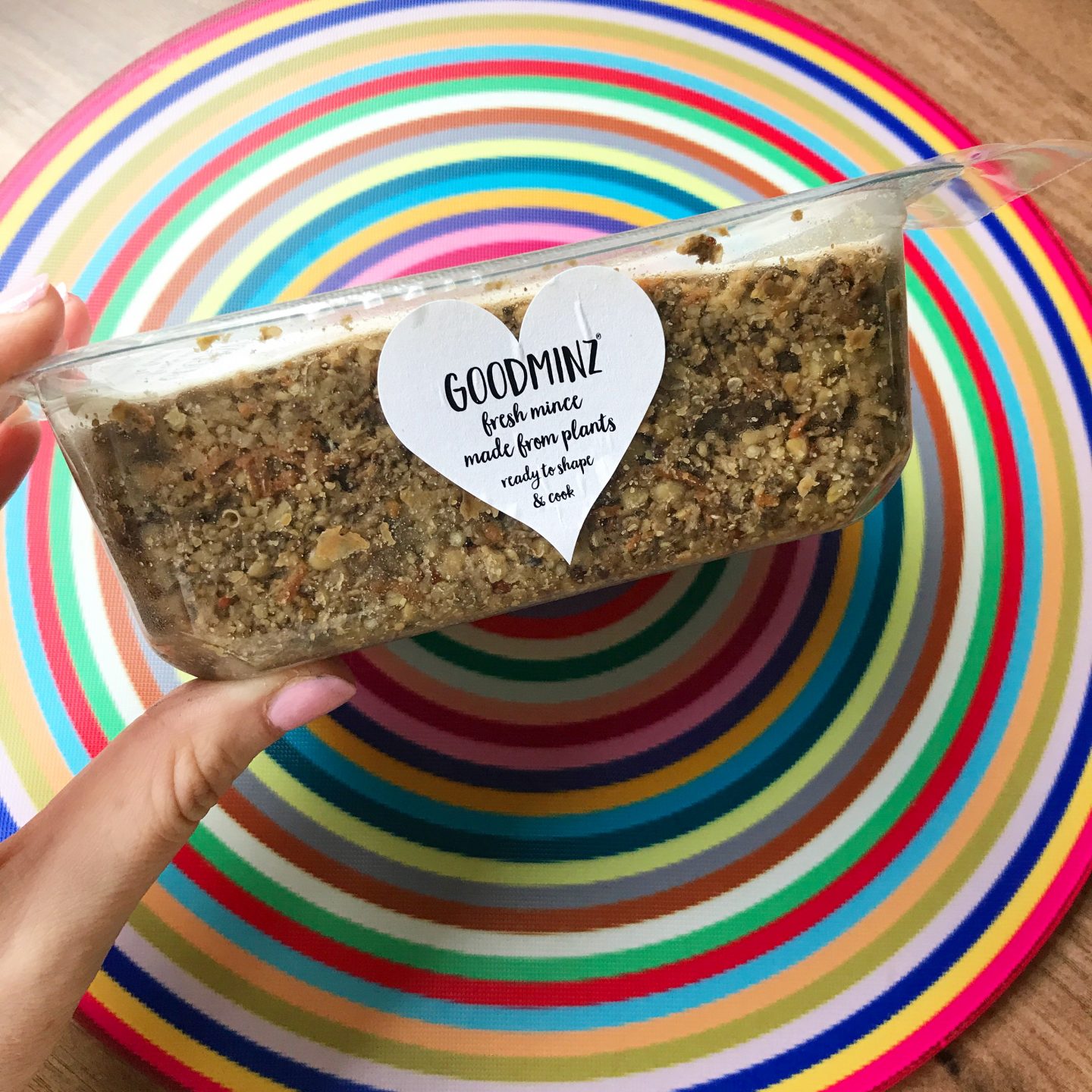 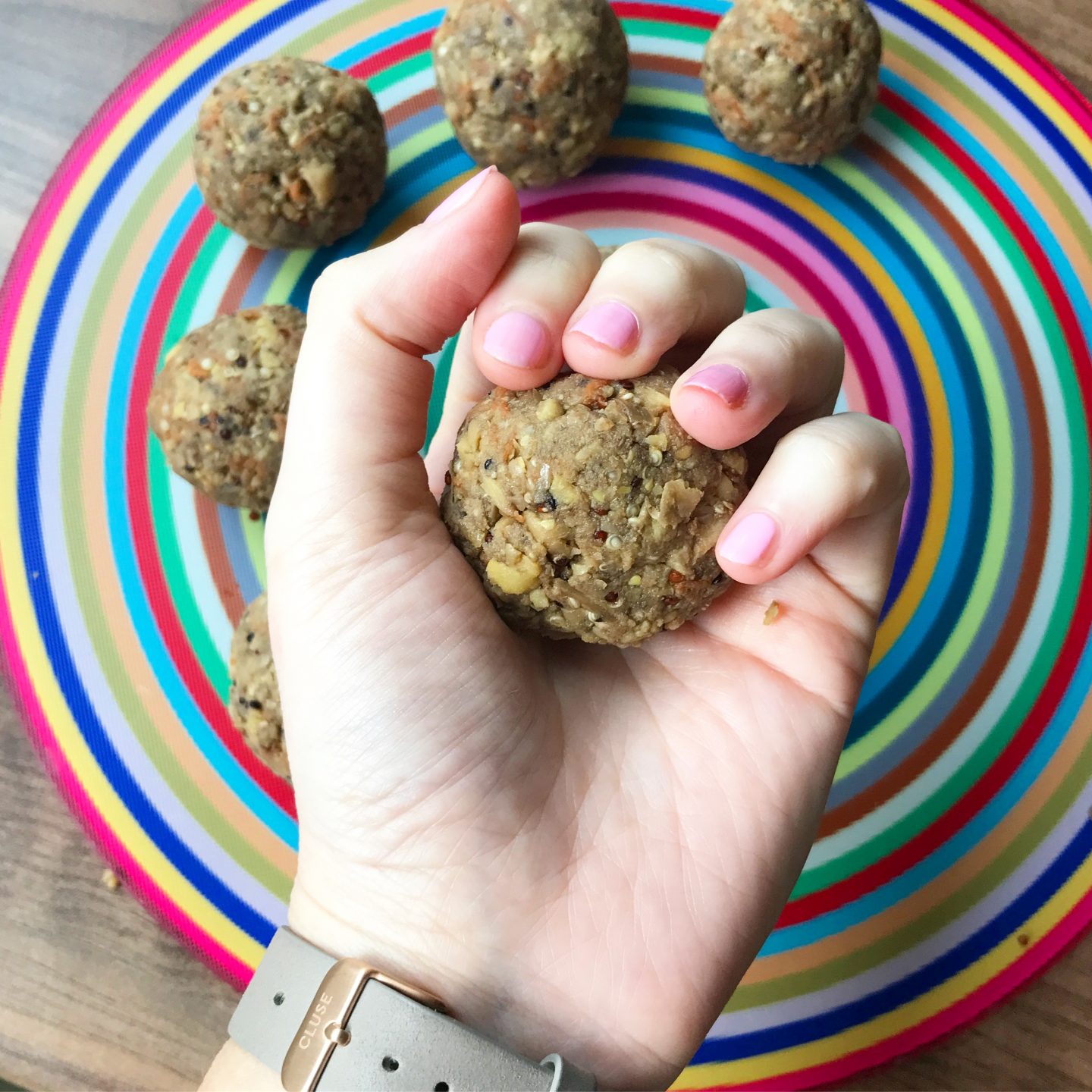 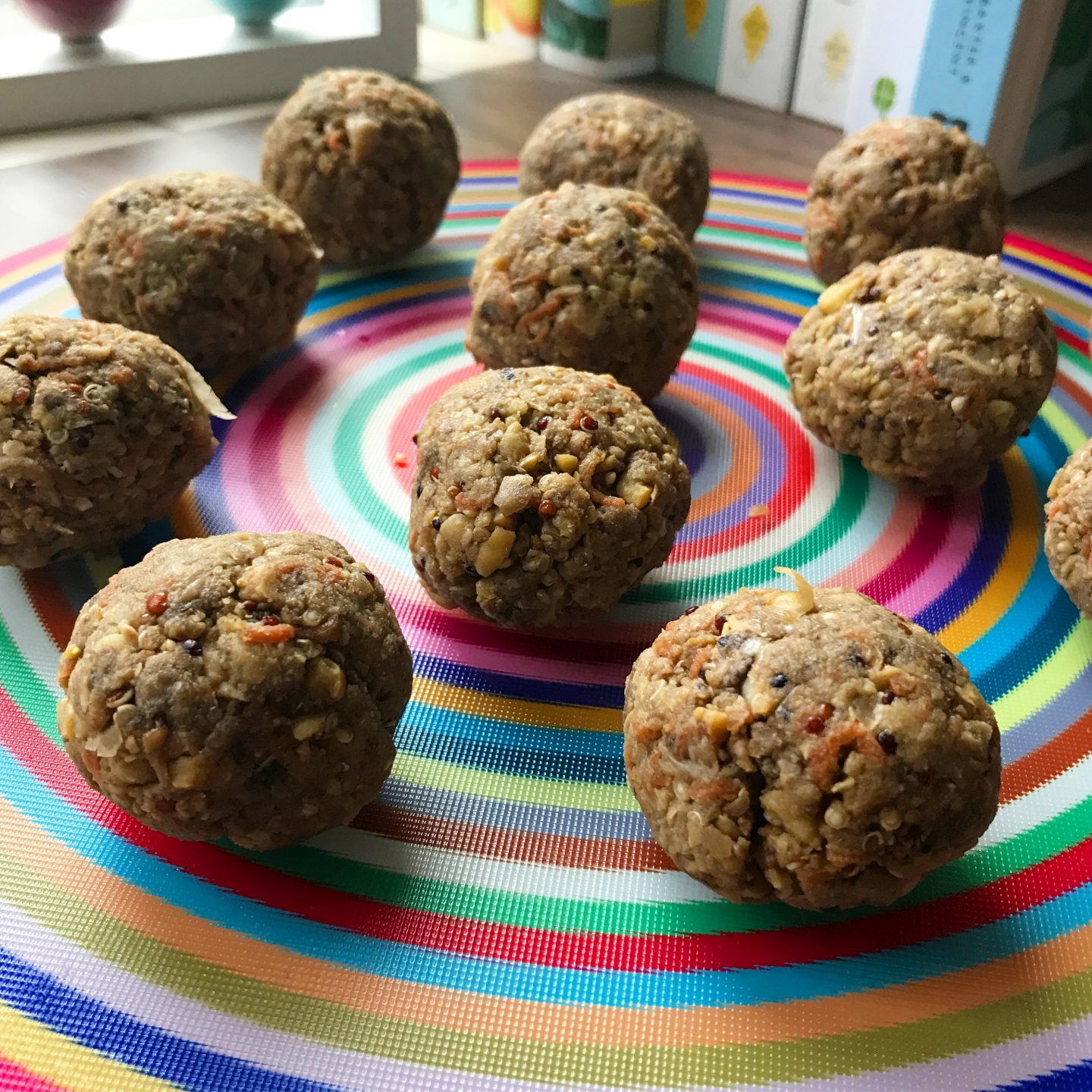 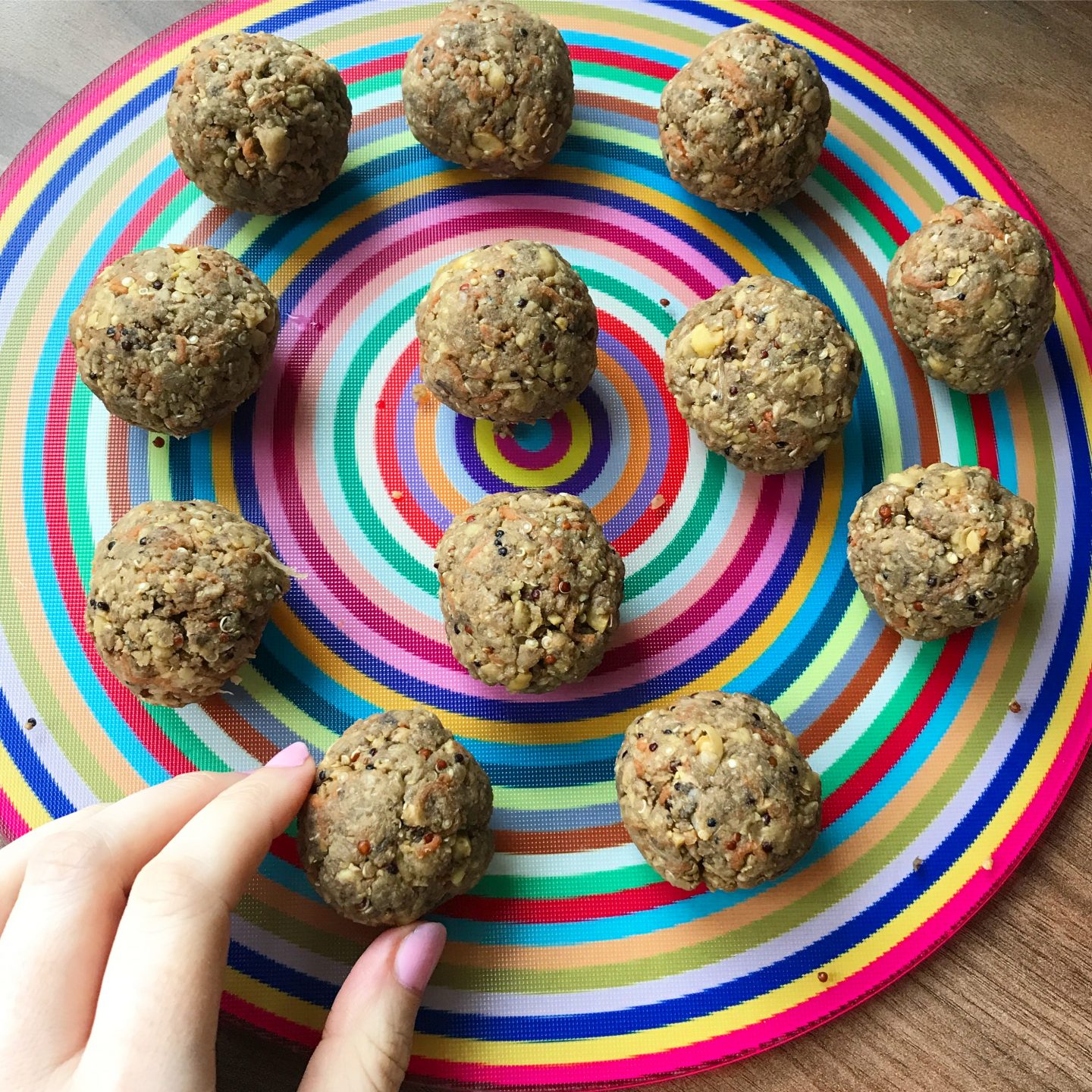 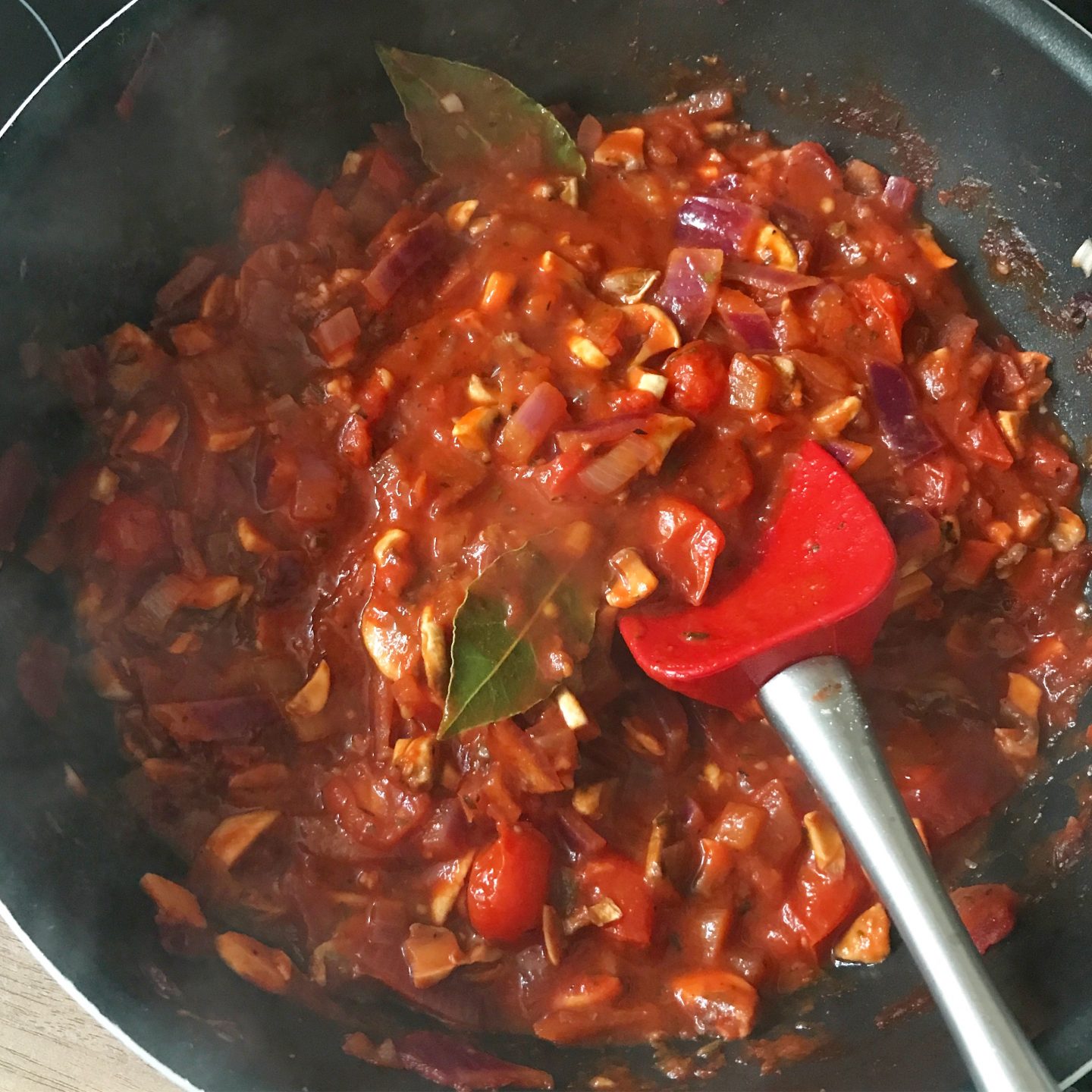 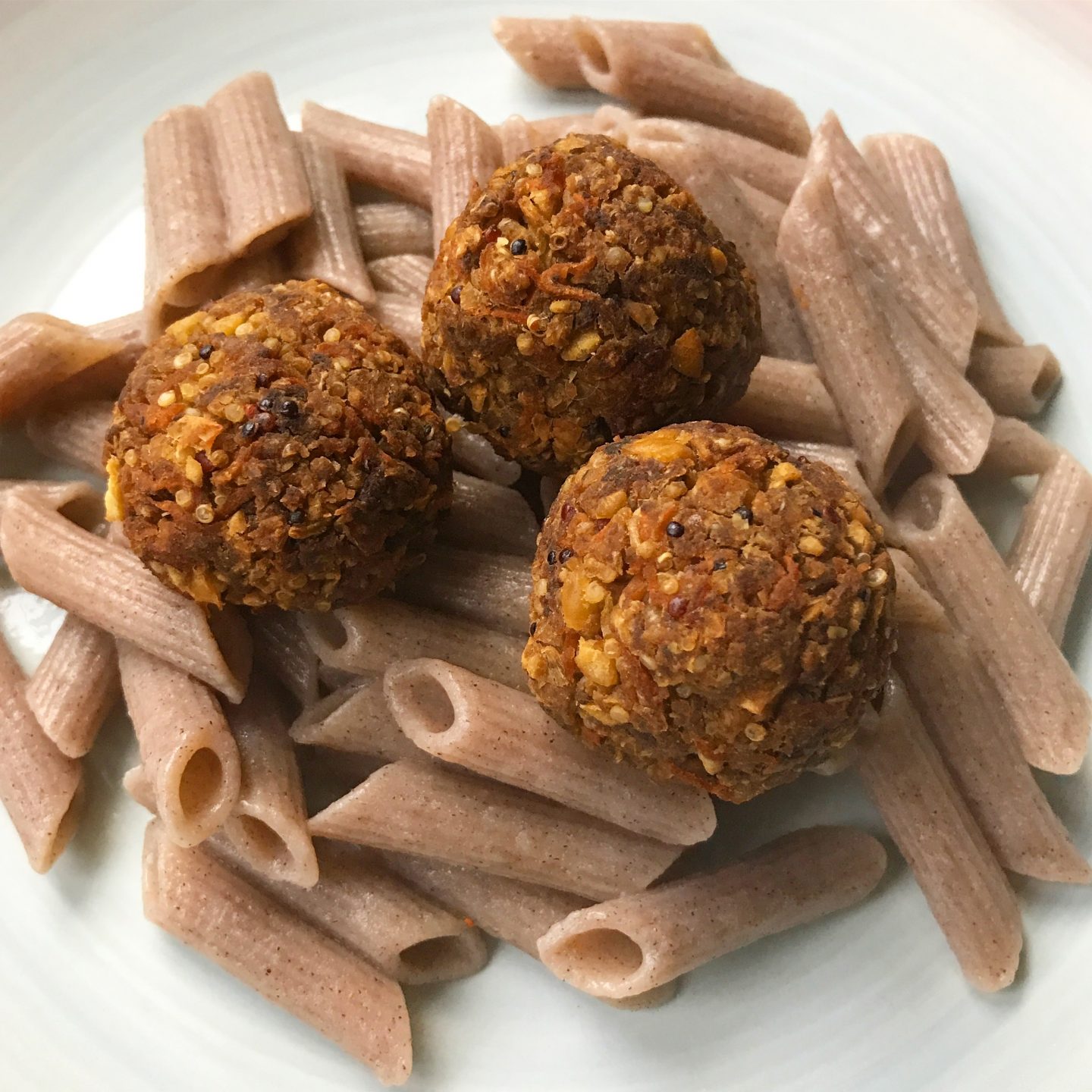 Thank you so much to Reroot Foods for sending me a sample in return for some honest experimentation and feedback. And thank you for supporting the brands which make my blog possible.