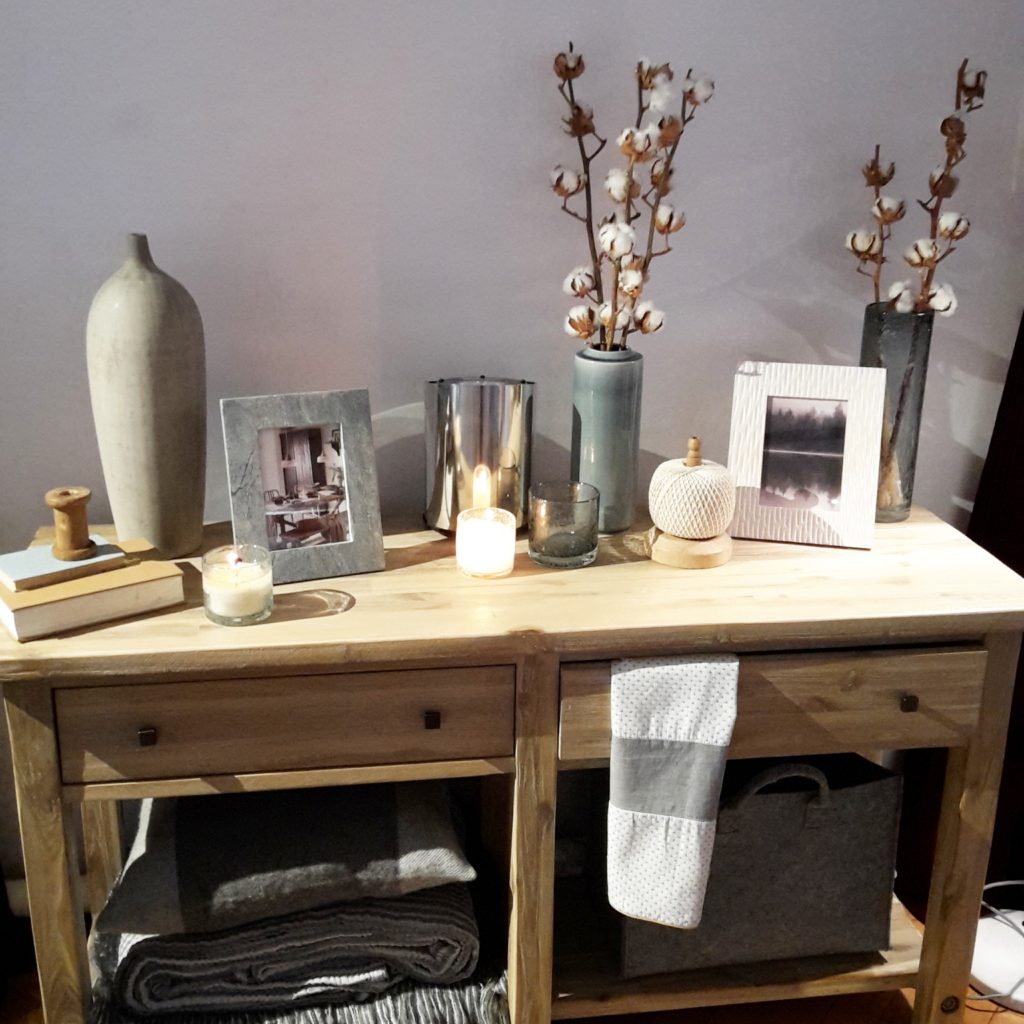 It might be nearly June and a Bank Holiday, but if we had any wood for the fire it would be well and truly lit because it feels more like an autumn day than the approach to summer. Having run my own business previously, I’m used to buying and searching for new trends an entire season ahead and so I was keen to pop along to the House of Fraser autumn/winter interiors press preview to see what’s in store for consumers later this year. 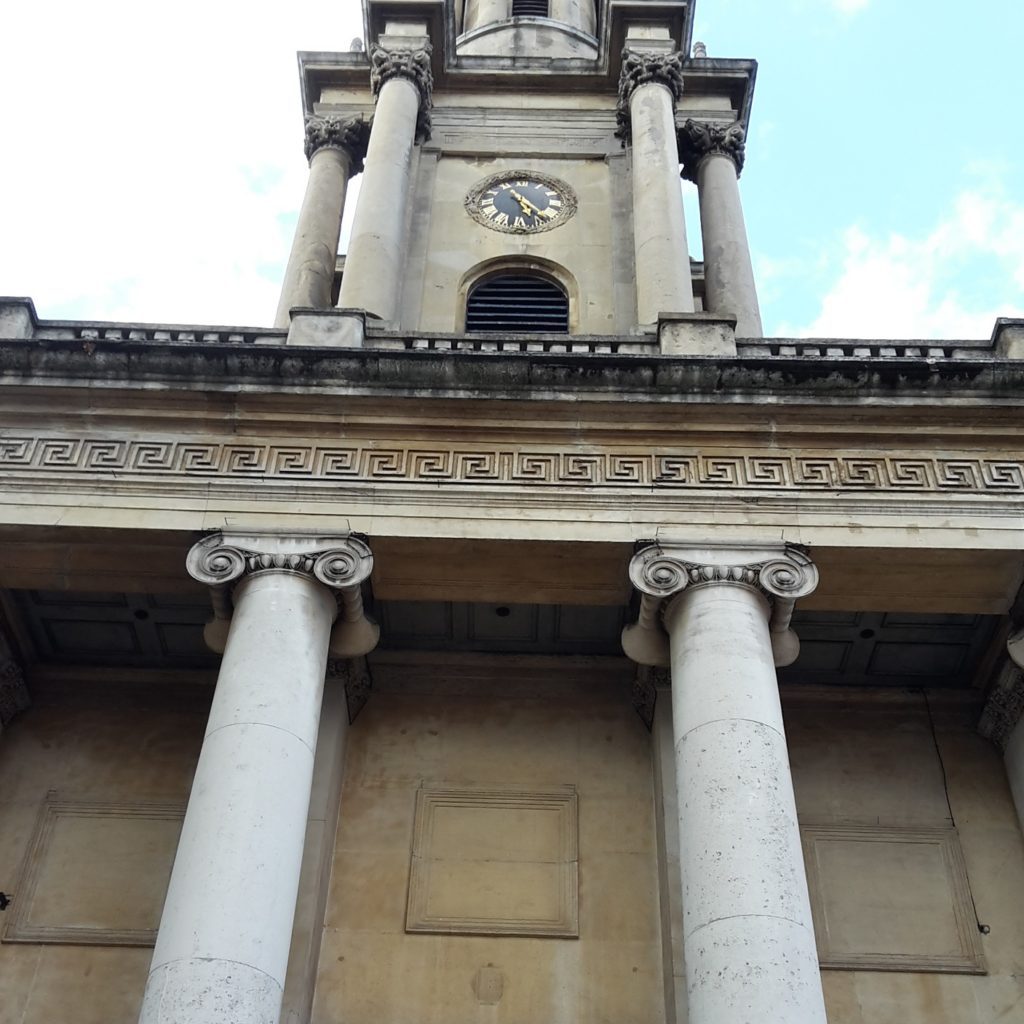 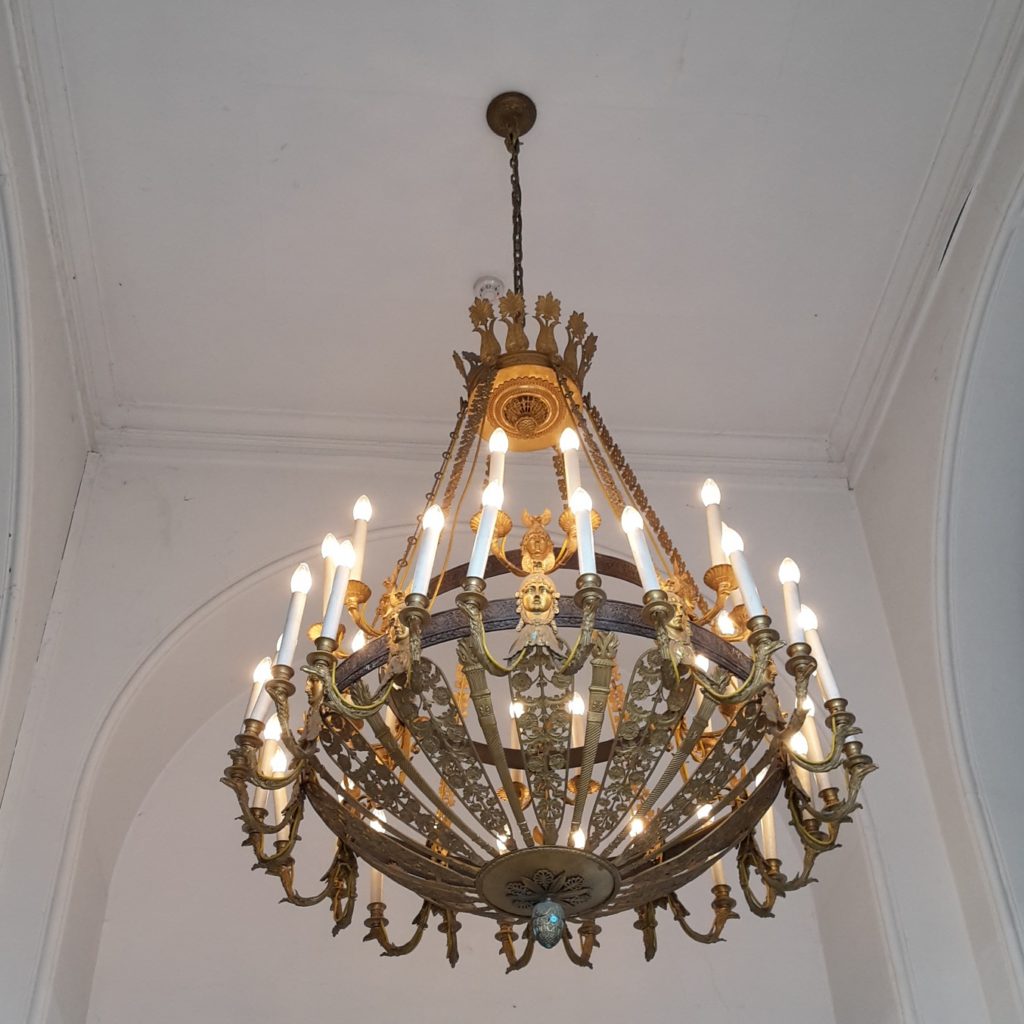 Housed at One Marylebone which in itself is a stunning venue opposite Great Portland Street station, there was homeware inspiration from all the standard House of Fraser brands including the three ranges from Linea Home (Global Artisan, Fable Folk and Nature’s Collage), Gray & Willow, Dickins & Jones, Shabby Chic, Living by Christiane Lemieux, Casa Couture and Biba Home. The displays complete with sumptuously made beds, cosy recreated living areas and stylish dining tables felt far too enticing and I could easily have curled up in one of the over-sized chairs and picked up a book. 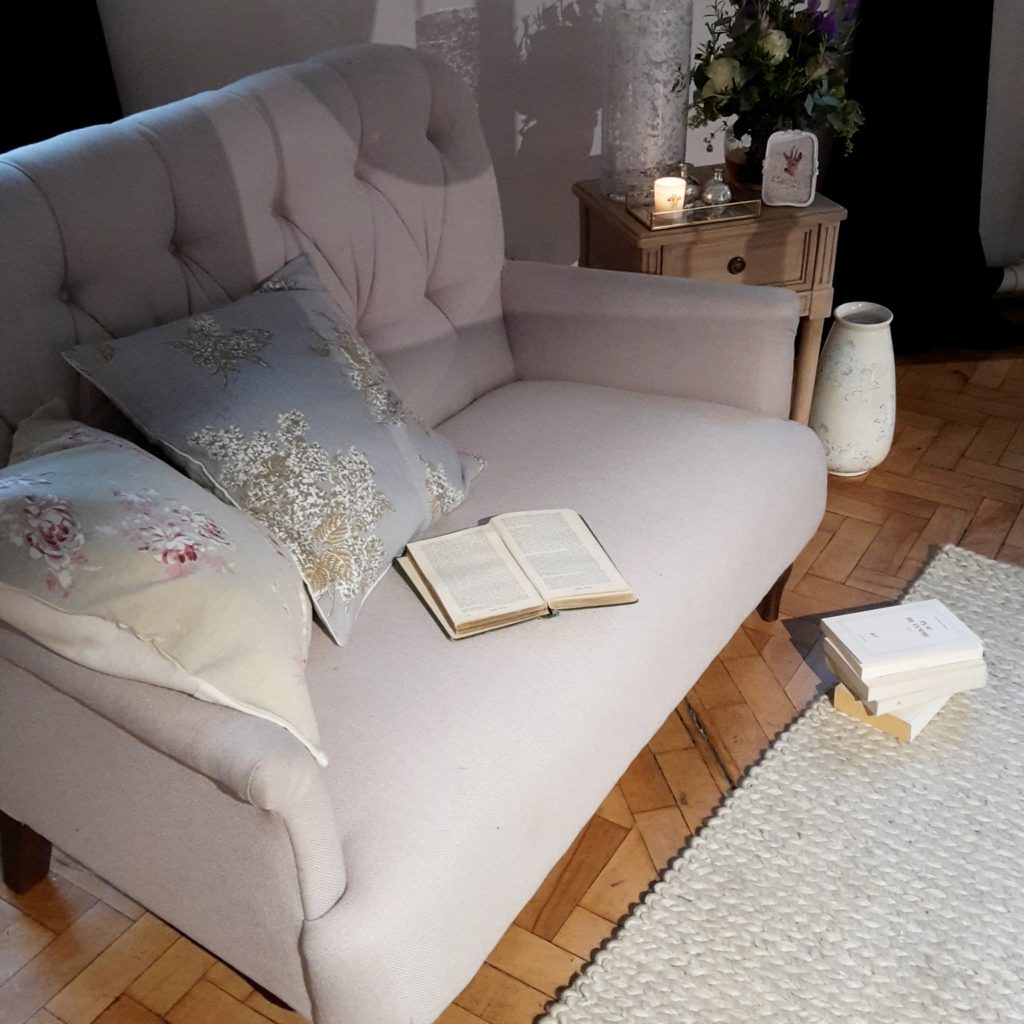 It was easy to see the difference between the various collections and yet there was something that appealed to me from all of them – even the super-glamorous Biba with a main peacock colour scheme which I loved but alas wouldn’t make it past Pete into our home. It oozed luxury and style with flashes of gold and silver for a decadent look and the art-deco mirror wouldn’t look out of place hanging above Daisy Buchanan’s dressing table.

The Dickins & Jones Home is described as evoking “a warm and nostalgic quality for autumn/winter with a playful collection of botanical-inspired textiles, dining and accessories. Hand-finished crockery is adorned with colourful stylised garden prints to add character to a modern country table“. This pretty whimsical bird print featured on some of the crockery and actually appealed to me precisely because it didn’t reflect a seasonal shift but could be appropriate all-year round. The fabric swatches were also beautiful with a mustard and midnight blue print contrasting on an oatmeal background. 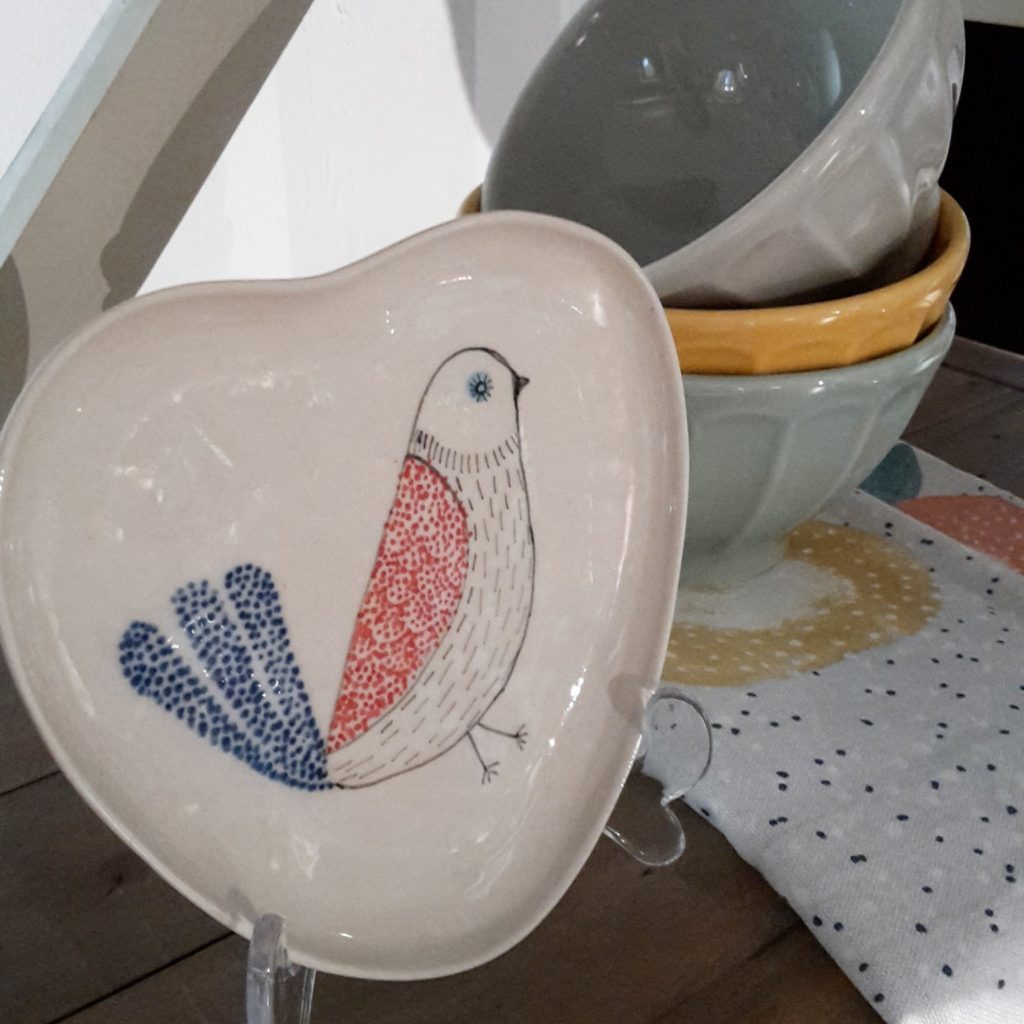 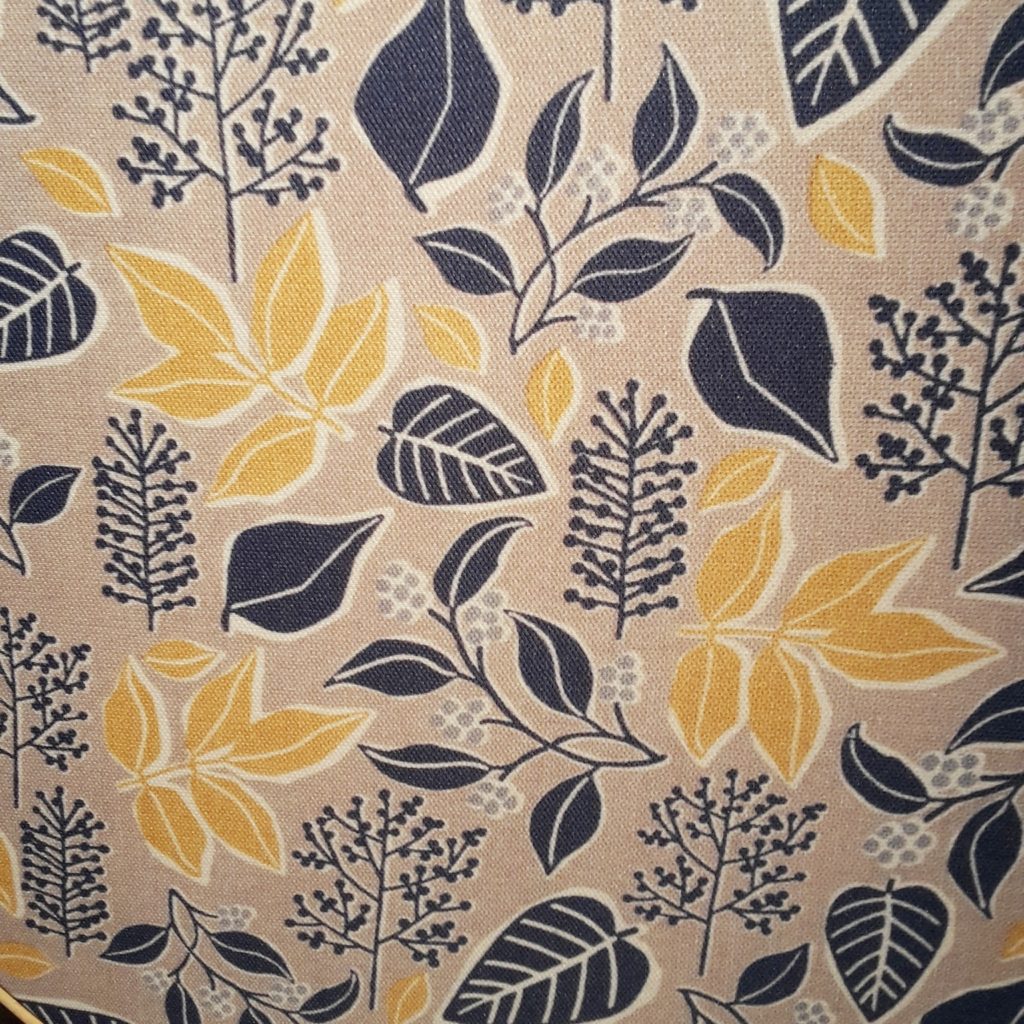 On looking back over my pictures, I had originally thought that my favourite collection was from Gray & Willow (the image at the top of the post is part of the range). Described as this season following “nature’s lead with a crafted, understated aesthetic at the heart of the creative process. The result is a beautifully considered range of timeless pieces and with an effortless, modern sensibility“. We’re often told that our interiors style is minimalist because when people come to visit we don’t have many things on display but the reality is that we’re in the middle of a decade-long whole-house renovation project and I can’t be bothered to fill the place with trinkets. I prefer to describe it as Gray & Willow do using “understated aesthetic” – simplicity to me can also be elegant.

Yet it also felt like there was some cross-over between the collections – complimentary colourways, clean lines, neutral tones, all of which would allow you to buy several pieces from House of Fraser across the collections and still make it work in your home. I don’t think I’m naturally one for cohesion so I appreciate it when the styling is already there and it helps me to see what goes together. 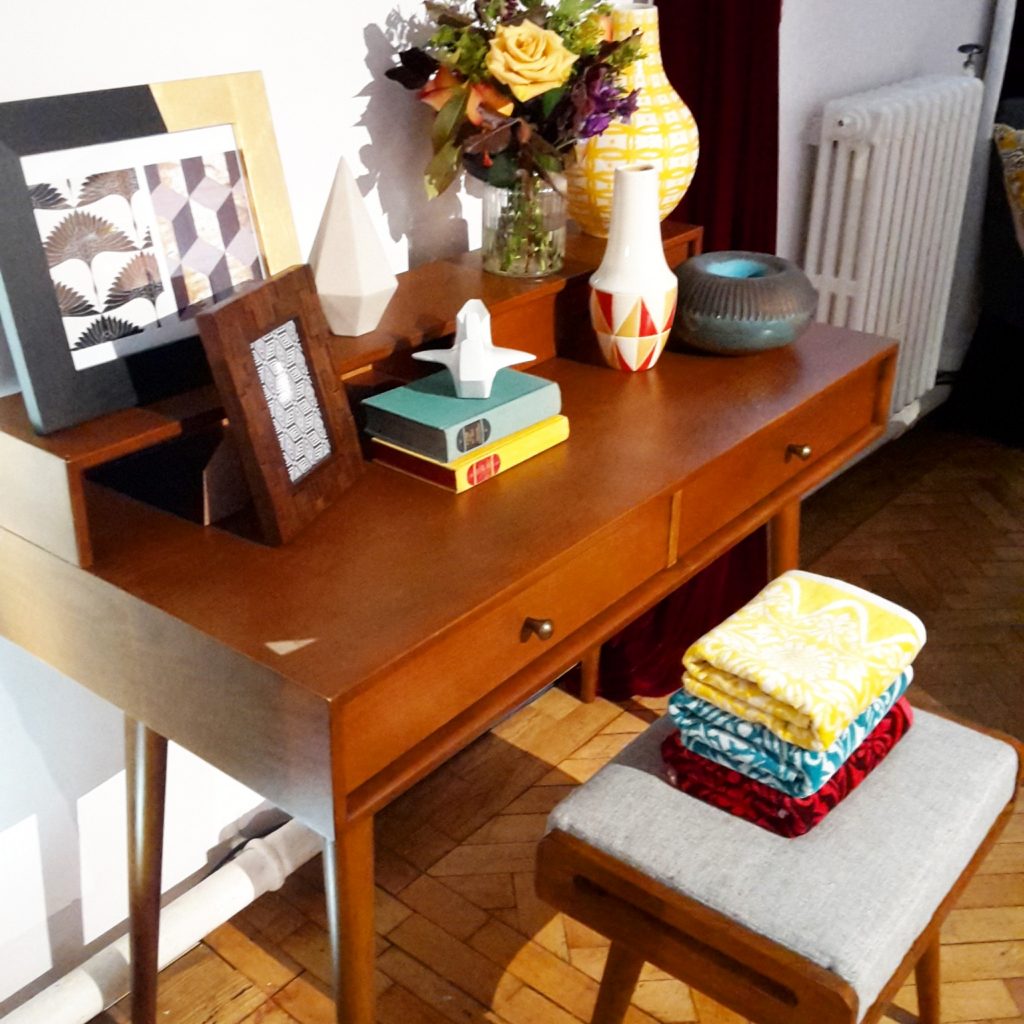 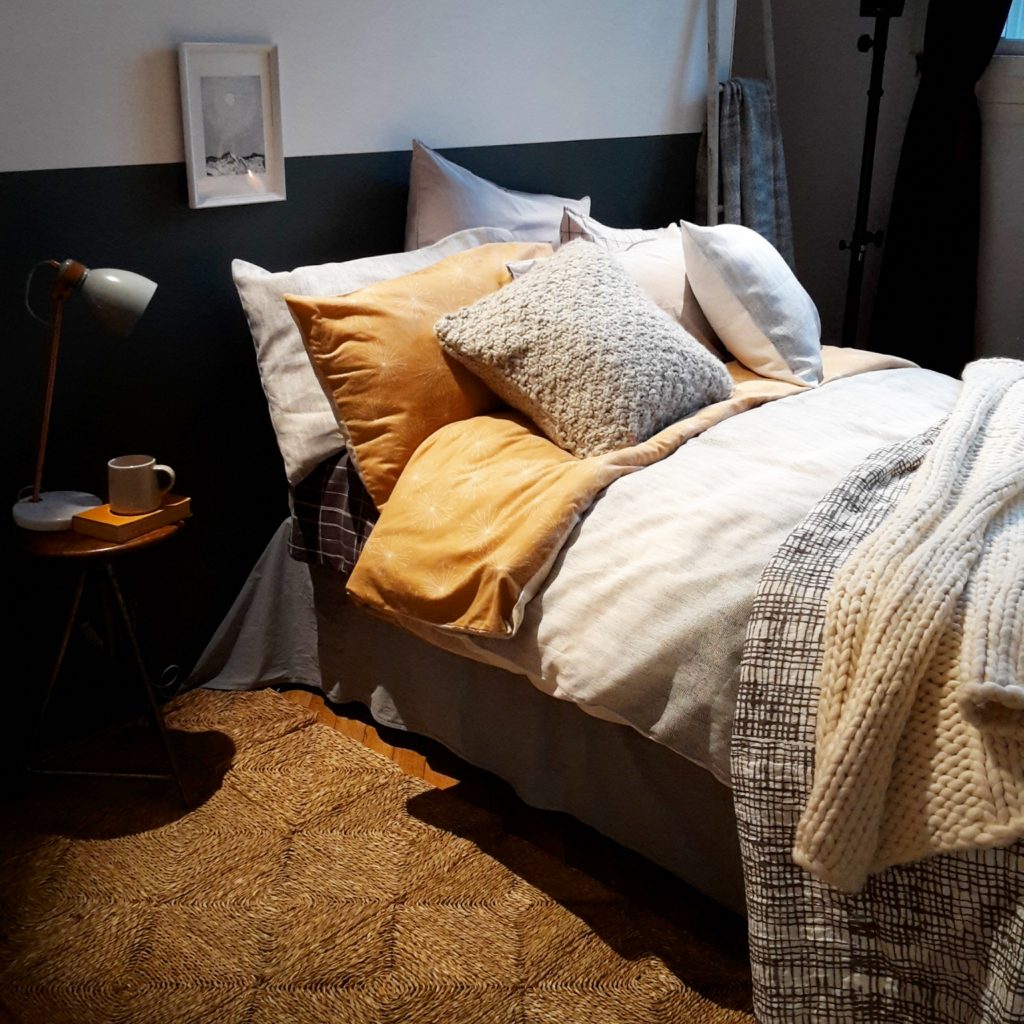 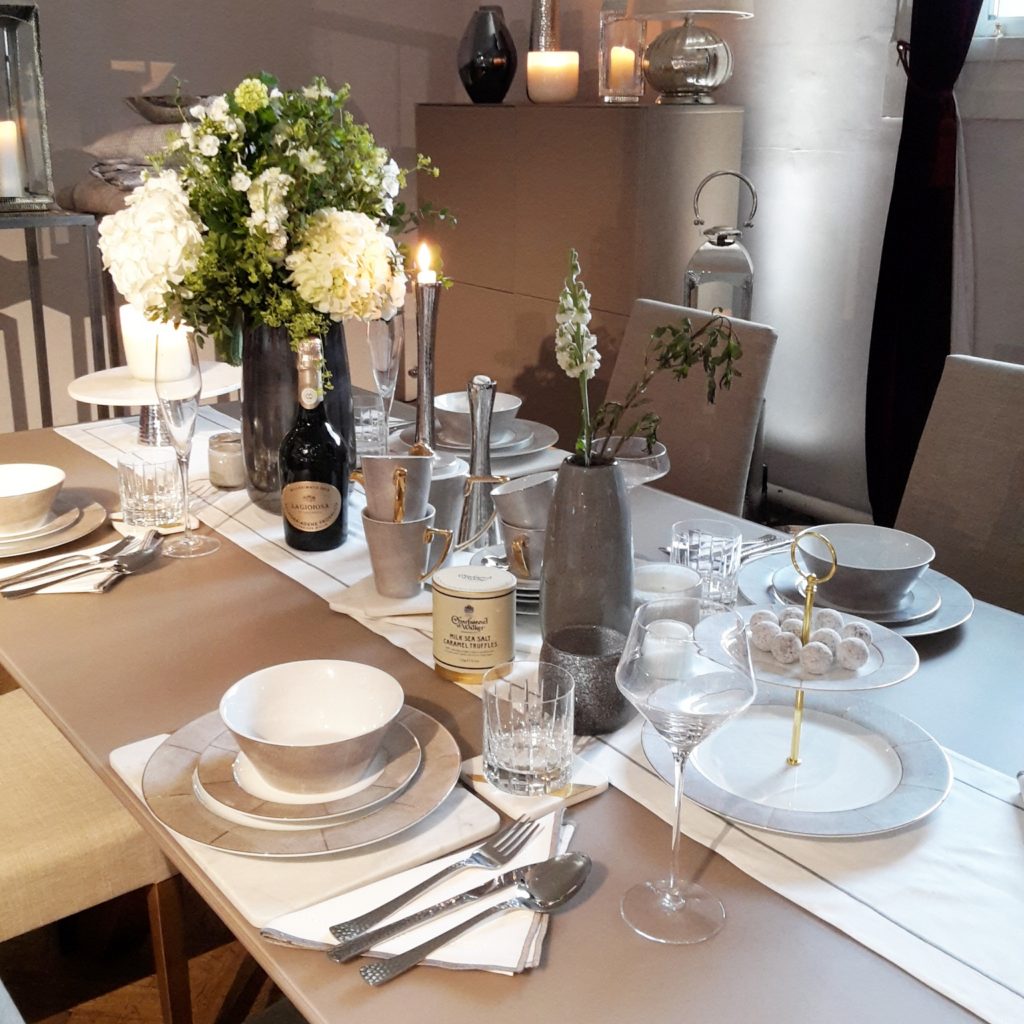 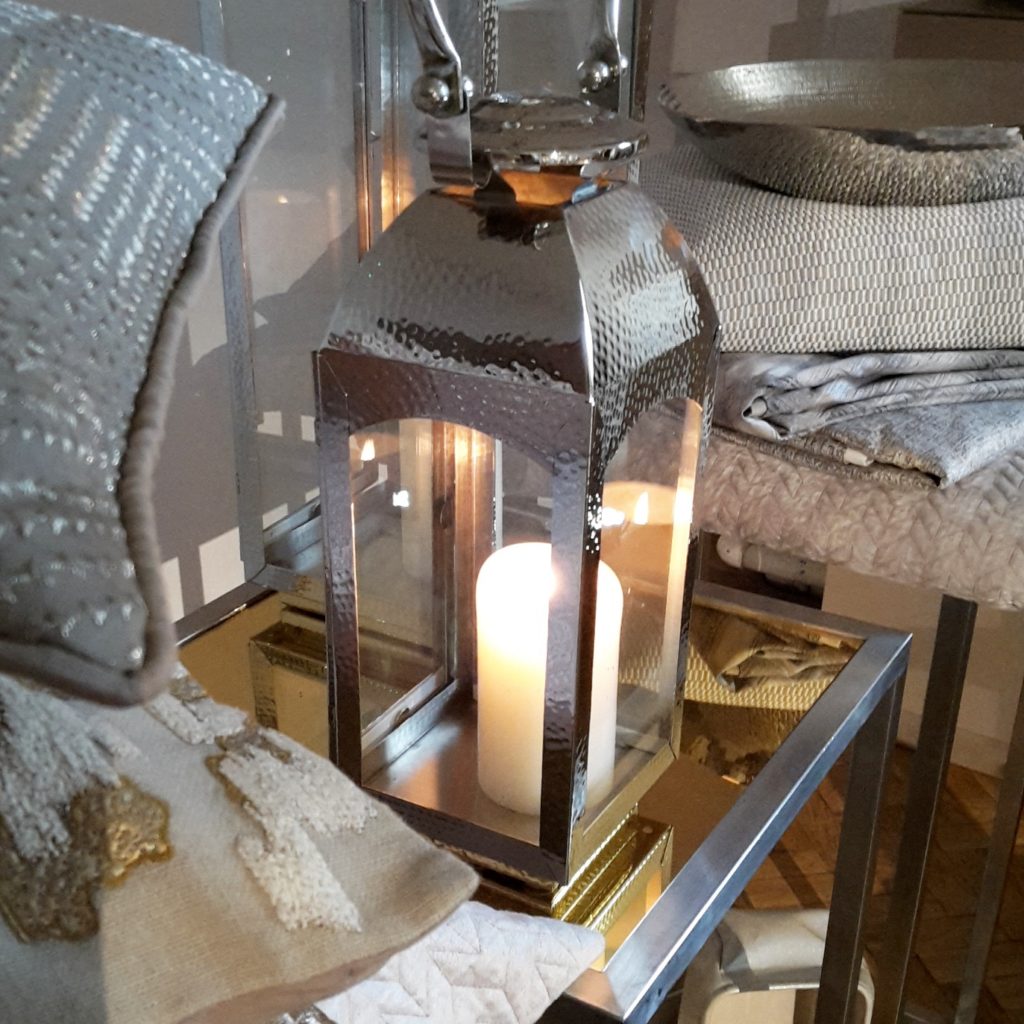 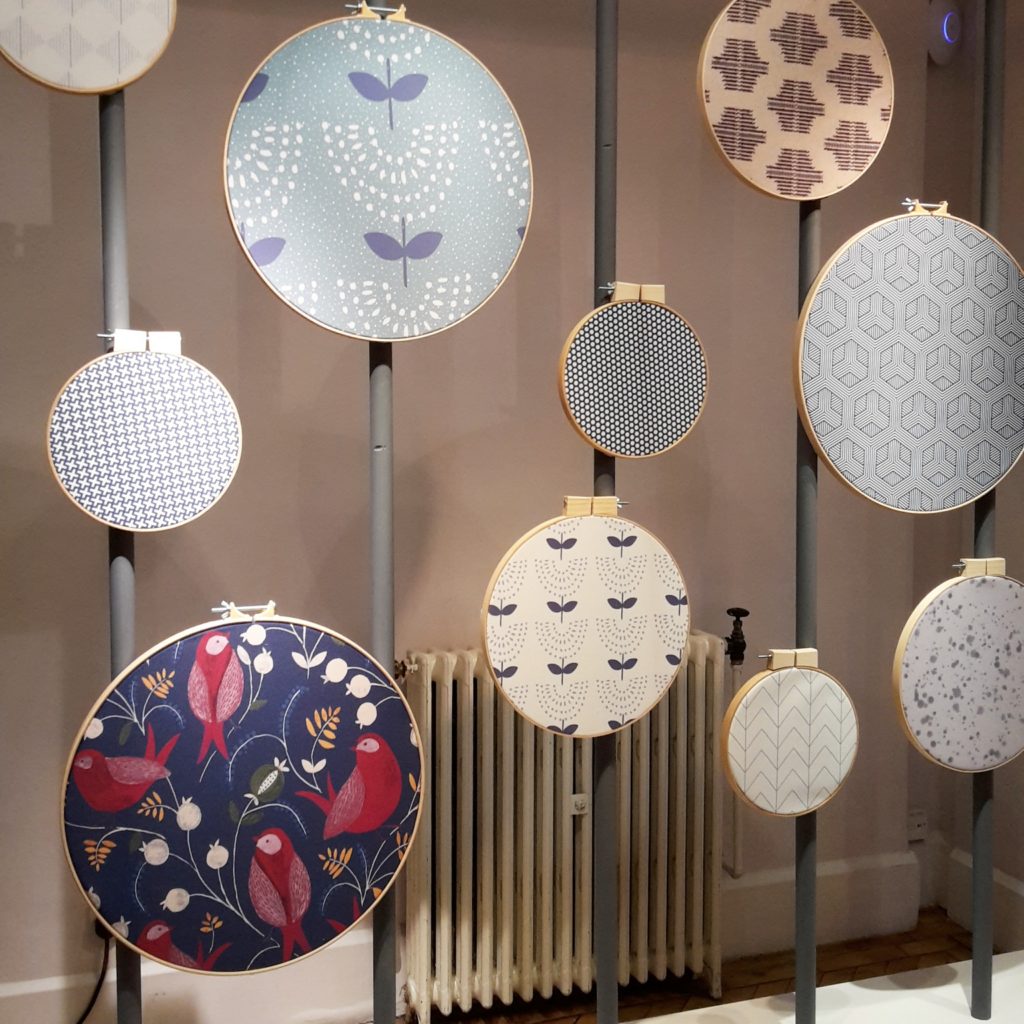 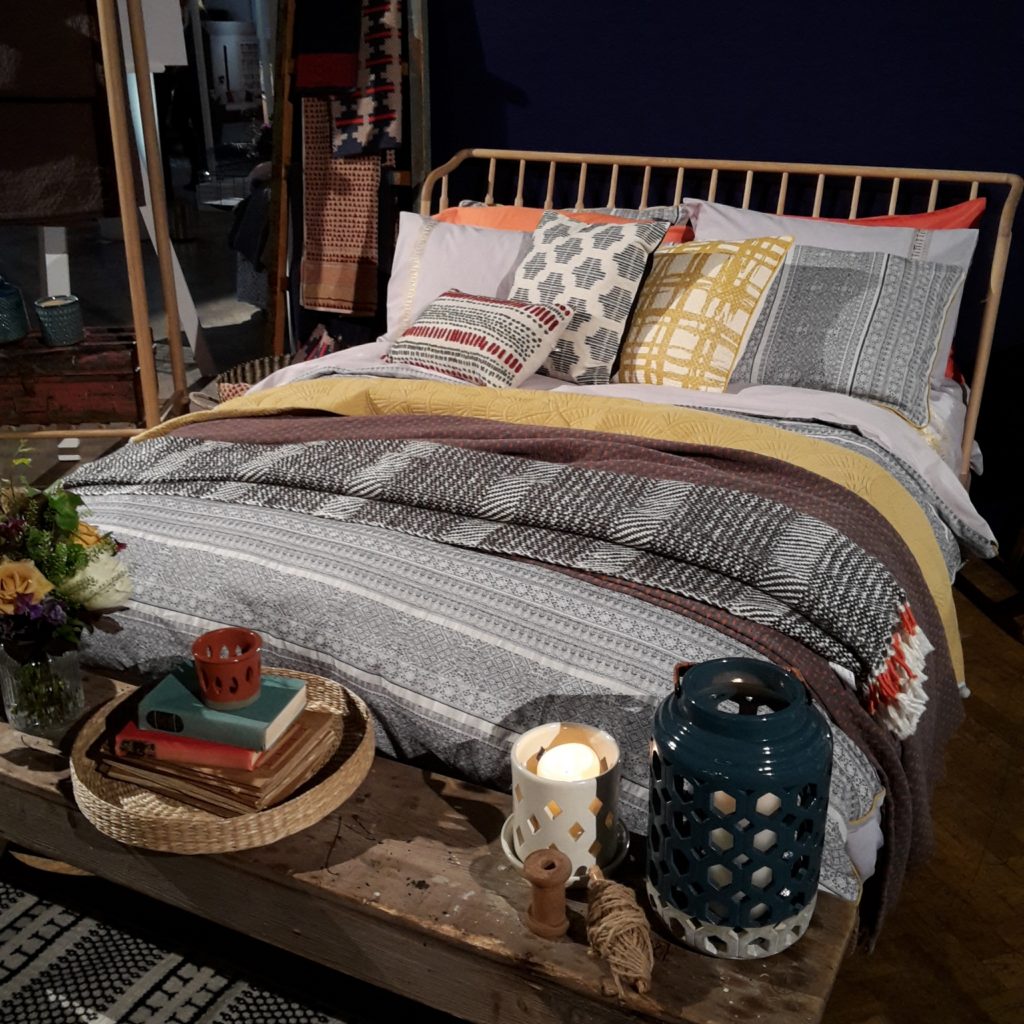 I now have a wish-list as long as my arm and am hoping that by the time these pieces reach the shop floor we’ll be a little further along in our renovation project so that I can justify picking up a couple of bits and pieces.

What about you? Do you have a certain and distinct style to your home?

Thank you to House of Fraser for inviting me to the press preview day. All words, opinions and images are my own unless otherwise stated.