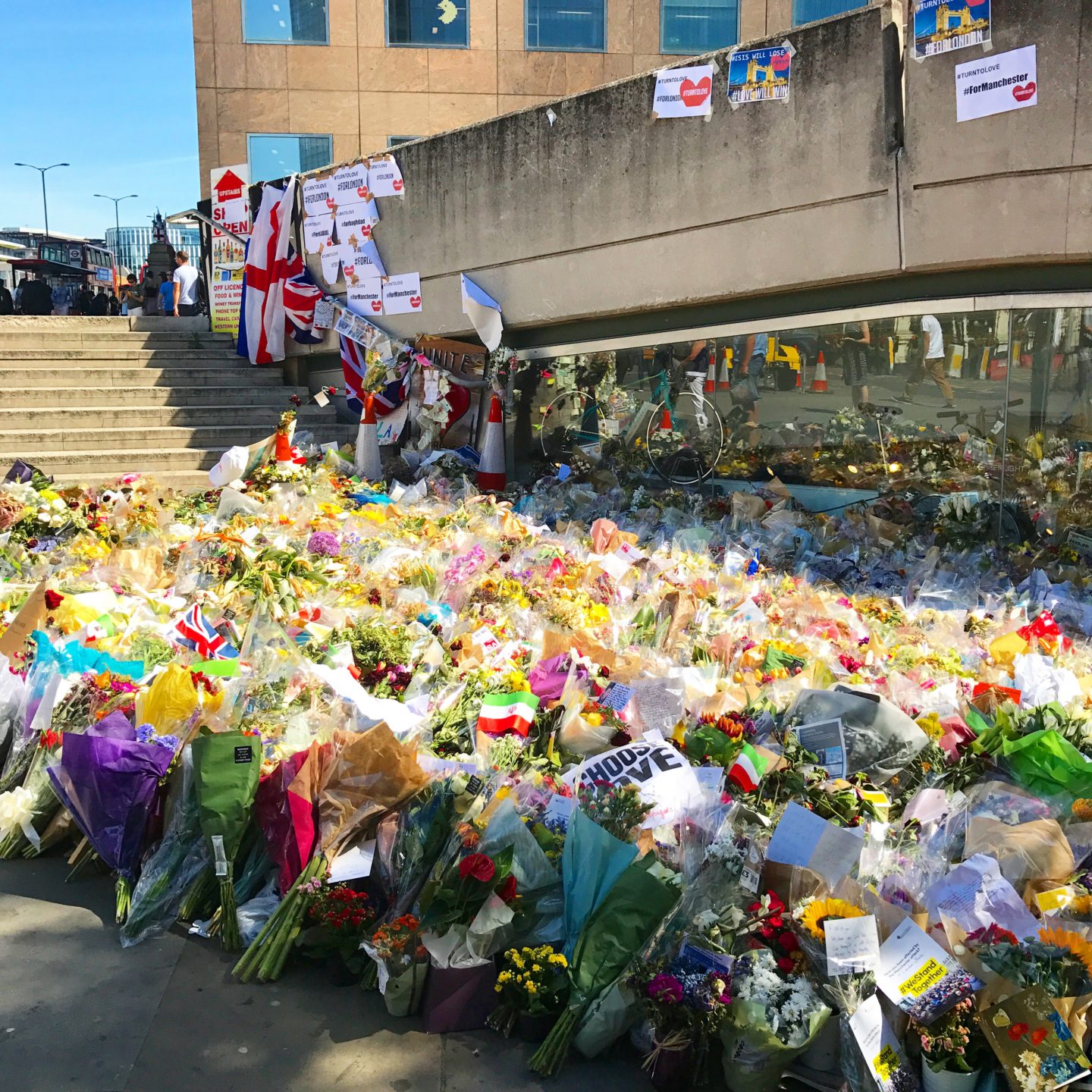 Shortly before my 22nd birthday, I moved to London. It was 2002 and my Mum was doubtful it would last. “London is so lonely”, she’d warned. “You’ll feel very isolated”. As most of you know, 15 years later and this city has proved to be one of the great loves of my life. The place I feel safe, loved, independent, proud. This is my city. It’s also the city of around 9 million other people. When it comes under attack, we take it very personally.

On June 3rd, London witnessed another terror attack. I was living in London back in 2005 and working just yards from the bomb that went off at Edgware Road. This time, the attack was London Bridge and Borough Market. Less than 5 minutes walk from where our office is now. A regular lunchtime, shopping and post-work hang out for us. Again, it feels so close to home. People who live in the countryside ask city dwellers how they do it but the answer is so simple: the love of strangers.

London has never once felt isolating to me. 9 million people all following their dreams? That’s not isolating, that’s unifying. Isolating is narrow-minded points of view from people who’ve never left the street they live on. And I know a thing or two about life in different parts of the country. I’ve lived in South Wales, Norfolk, Berkshire, Lancashire and even abroad so I’m not even a Londoner or a traditional city lover. I’ve lived in the tiniest villages and market towns. None of them so welcoming as London.

You may think I’m making a fairy tale out of it all and Londoners have a reputation of being selfish. Let me tell you this. Yesterday Borough Market reopened. The place where 5 people were murdered. Where restaurant and cafe owners shielded strangers from otherwise certain death. Strangers tried to protect each other, being injured and in some cases losing their lives in the process. People fought with whatever they could. That’s London. That’s my city.

As the market reopened, people from completely different backgrounds gathered, to remember those who had lost their lives, the injured and the heroes. I went with one of my colleagues. Between us we’ve been working together for 26 years. We were surrounded by traders, office workers, visitors and tourists. The police. The London Mayor. It was incredibly emotional. There has been a market in one form or another here for over 1,000 years. Just imagine that sense of history. War, plague, fire. The love of strangers has always helped this city to overcome adversity and always will. That’s what makes it so special, and why I hope it will always be home to me.

The best words came from Chair of Trustees, Donald Hyslop, who said: “We give this place back to you with love and we only ask two very small favours. Firstly, a call that echoes through a thousand years of history: spend a little money with us if you can. And secondly, come here today, come here at the weekend, come here when you can, it’s your market. London is open. Borough Market is open.”

And with that, we acknowledged the strangers next to us, took it all in and made our way back to work.