What beautiful weather we’re having – in typical fashion now that our wood-burning stove is finally in there’s a heatwave. Not that I was really expecting to use it at this time of year of course but seriously!

So, the next part of our living room renovation is pretty much complete but this has been a valuable learning curve for us both in how to approach future projects. I broke my own rules of quotes and didn’t get any comparisons and whilst I was so careful with the windows to document every little step on paper, we had a couple of issues with the stove which means that we’ve had to dispose of all the rubbish since that wasn’t factored into the cost and the internal section of the fireplace has not been finished properly since apparently I didn’t specify that I wanted it plastered. Well who knew there was any alternative?! 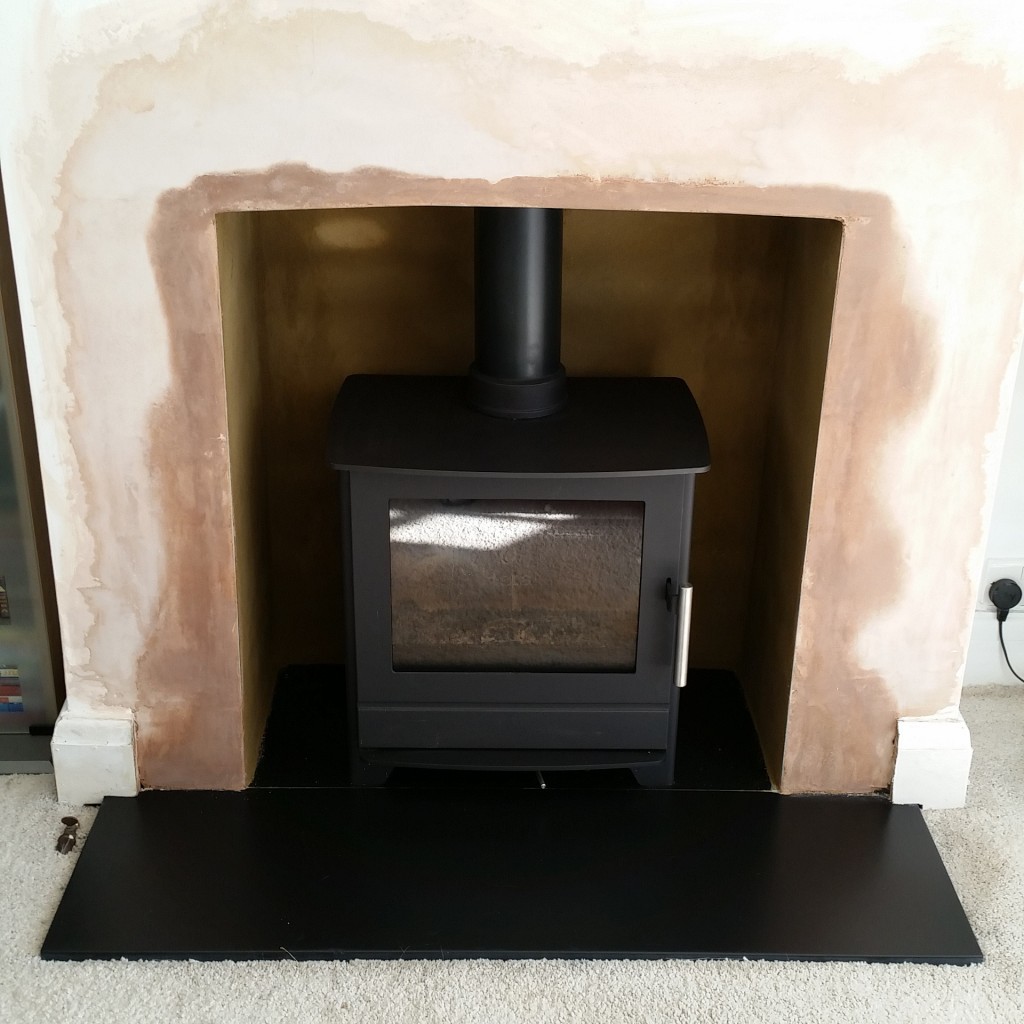 It’s fine, it’s rendered, and that’s enough for me to be able to work with but this was not a cheap operation and I can’t help thinking that where we thought we’d be saving loads in going directly with the contractor instead of via the company he works for, we haven’t really saved anything at all and had a little bit of aggravation in the process. Pete spent most of yesterday carrying all the rubble that was left on our drive, down the passageway at the side of our house, into the back garden and up to the top so he could pop it all in the sheds which back on to the garage. This sounds like nothing but when you have the equivalent of a ton of material to shift and our garden slopes upwards and is 100ft long, it’s a nightmare.

That said, I have been known to love a challenge and so once the plaster on the front of the fireplace and the render inside is dried, I’ll set about repainting. In the meantime, here are my tips if you’re thinking about getting a wood-burning stove.

Needless to say despite the trials and tribulations we’ve encountered, we really do love how the fireplace looks now and it’s such a huge improvement on what was there before. Hopefully a much warmer winter awaits.

Do you have a wood burning stove? Have you encountered any problems with certain projects?