I can’t actually believe that is the subject line of a post when we haven’t even had a proper summer yet so far, but in the age-old tradition of being prepared we are trying as much as we can to warm-proof our living room to avoid another winter feeling like we’re ensconced in an ice-box.

Back in April, this post made me feel despondent about little progress we’d made with the living room but since then the windows have been replaced and we’re now half way through the log burner installation. 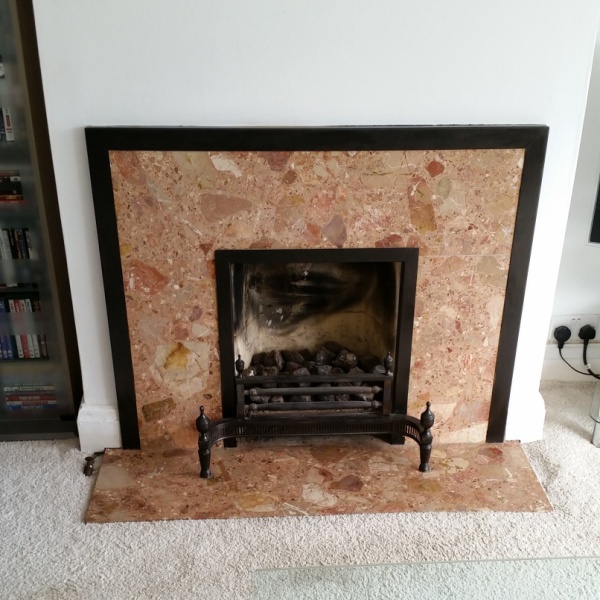 Make no mistake, there should have been no “half-way through” about it – all the work was meant to be done in one day, a day booked literally months ago into the diary. 4 days before said work was due to begin, I got a call from the installer saying that they were still coming on Thursday but had forgotten to order the log burner we chose…

Me being me laughed and said “no problem” and they arrived at last Thursday as scheduled (I was still in my pyjamas though, I can cope with builders at 9am but 8am when I wasn’t expecting it was a little shock to my frazzled hair system).

Although they couldn’t fit the burner there was still lots of prep to do and they set to work for three hours of noise and mess, which I suppose I should get used to considering our plans for this place. The gas supply to the original fire was disconnected before they took out the old gas fireplace and then started hacking away at the surround and brickwork. Upstairs on my laptop didn’t really give a lot of respite from the noise below but at least I was able to keep an eye on every chancer who kept trying to nick things off the drive which was very unexpected. Then the guys told me that it’s a pretty regular thing for tradesmen, you have to have eyes in the back of your head or before you know it your Henry Hoover is being carted off down the street. 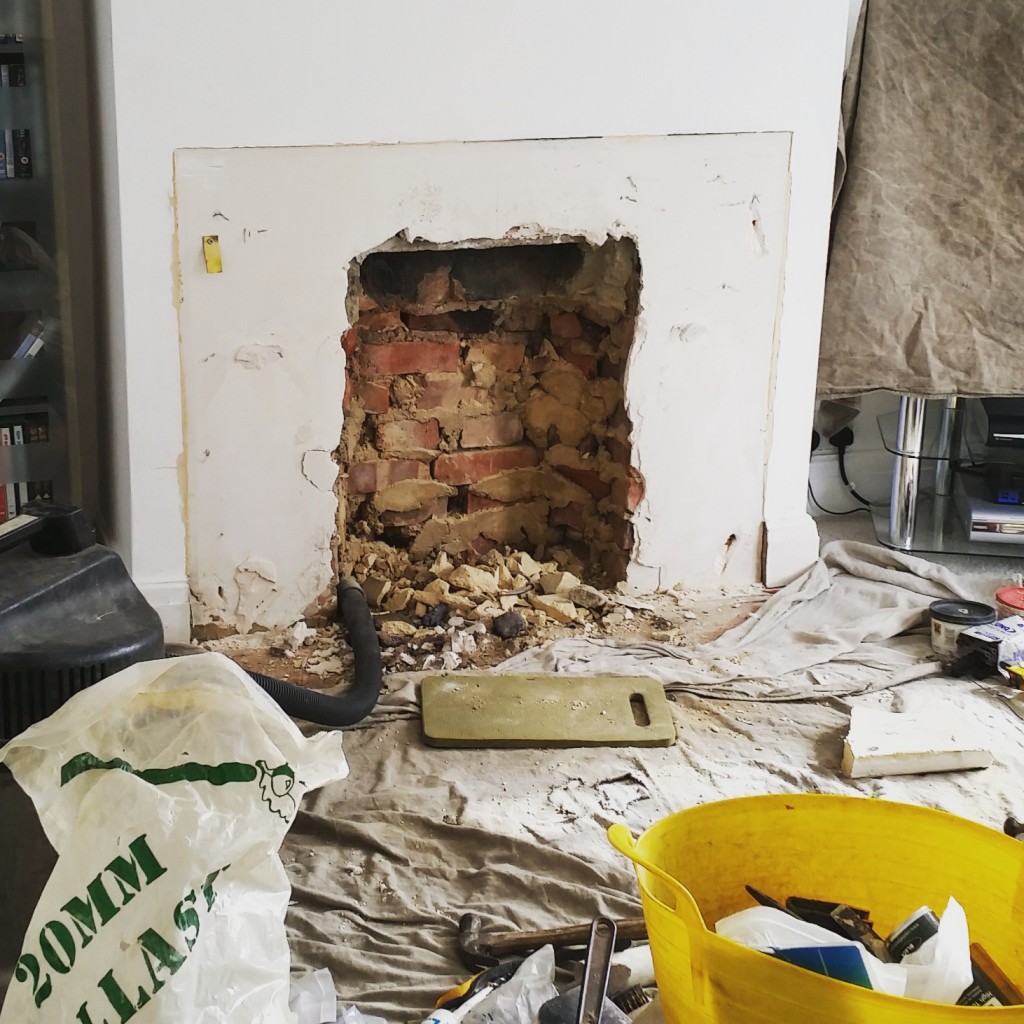 Once the fireplace had been taken back to the original brickwork, it was time to fit the lining down the chimney which ended up being nothing short of a miracle. With one of them sitting on top of the roof, the other one kneeling in the fireplace, they somehow managed to get that massive silver tube down the chimney but it was a good 20 minutes of shouting – and at one point I’m sure the house was actually shaking – before it eventually went all the way down. 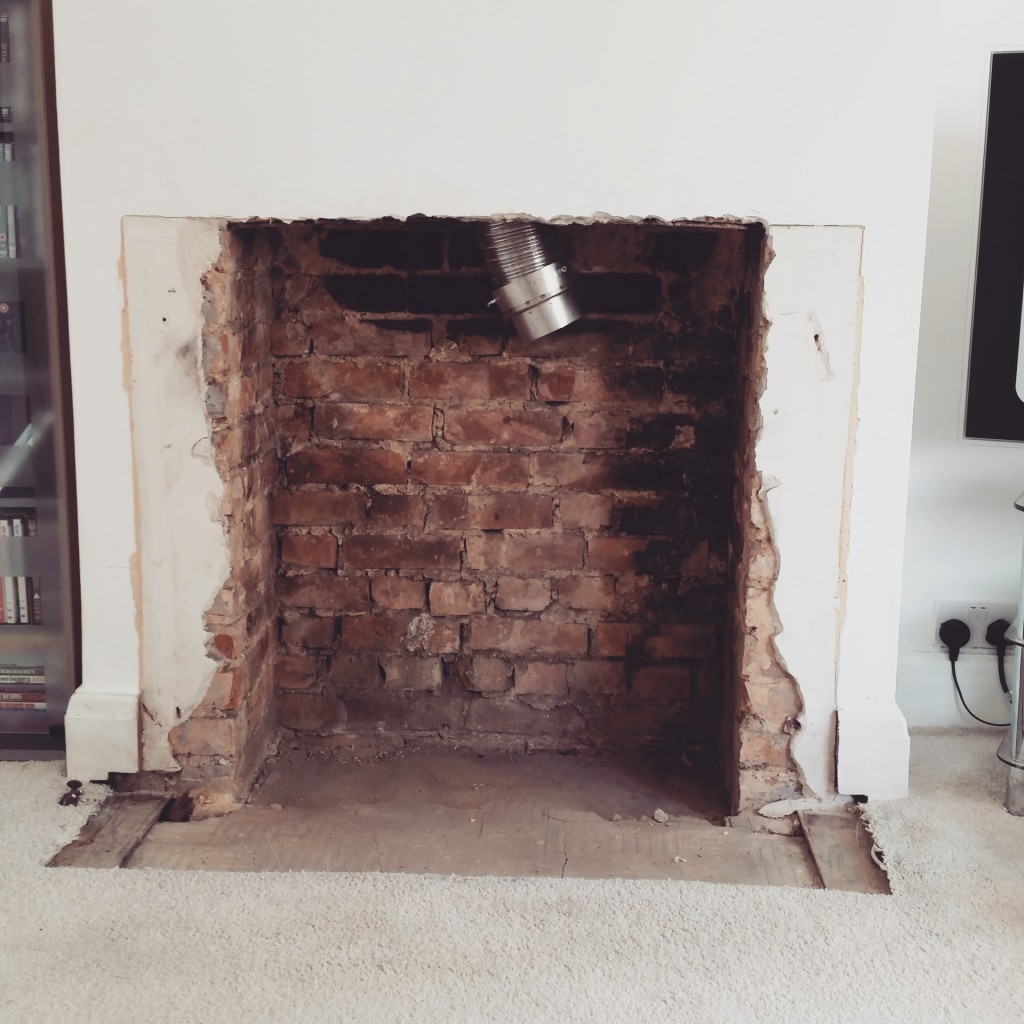 So now we have a hole, we have a silver lining sticking out of it but I’m feeling quite nervous about whether the end result will be finished exactly as I want it to. It’s all been a bit “mates-rates” and quick chats or texts so although they have now confirmed they’re coming back on Friday to finish the job, I feel like I have to make it doubly-clear that they do need to plaster the whole thing and not just leave us with loads of exposed bricks. It would be a nice in a 300 year old country cottage but it doesn’t work in a 1930s semi. Also them taking away the old stuff was apparently not factored into the original cost so there’ll be an extra charge if we need that doing too.

Thankfully Pete has agreed to be at home on Friday instead so he can be the boss and lay down the law. Hopefully it will all be ok in the end.

Have you ever embarked on a project not sure how it will work out or had anything go wrong?