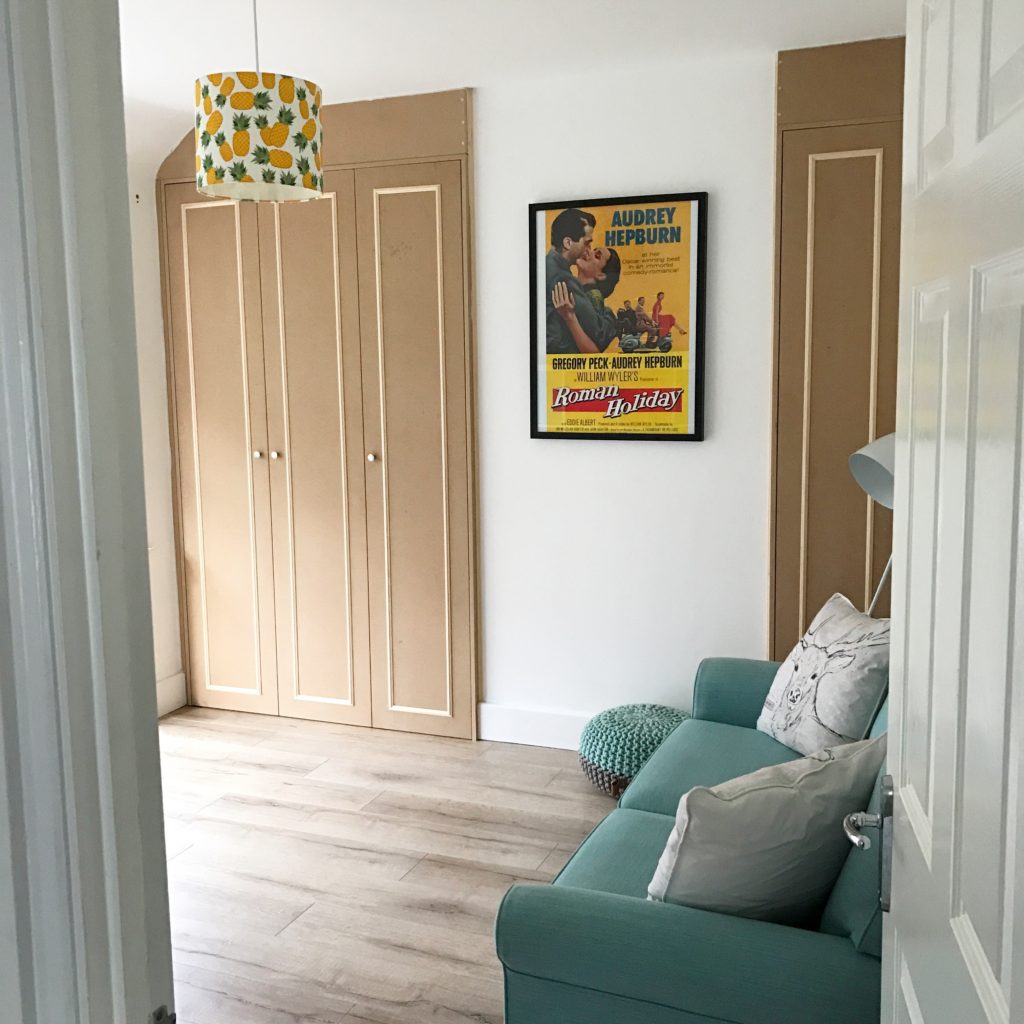 It’s been a productive couple of months in #projectselondonhome. After the rendering and painting of the front and side of the house was finished in June, it felt like nothing happened. But then all of a sudden we got the bit between our teeth and have been making good progress over the past few weekends.

I’ve written before about how so many of these jobs are a big slidy puzzle – our second bedroom is the one we’ve decided to turn into a guest bedroom but it’s currently so full of ‘stuff’ we can barely get in there. In order to move some of those things out though, we needed somewhere to put them. And by ‘stuff’ I actually mean Pete’s epic CD collection which he estimates totals around 3,000. I. Kid. You. Not. So we’ve been rejigging and utilising our third bedroom to make space.

Here’s a few pictures of where this room has come from when we inherited the house and where we are now. So far we’ve taken down shelves and repainted it white, pulled up the carpet and put in new flooring and skirting and now added the cupboards so progress is being made as slow as it feels at times. 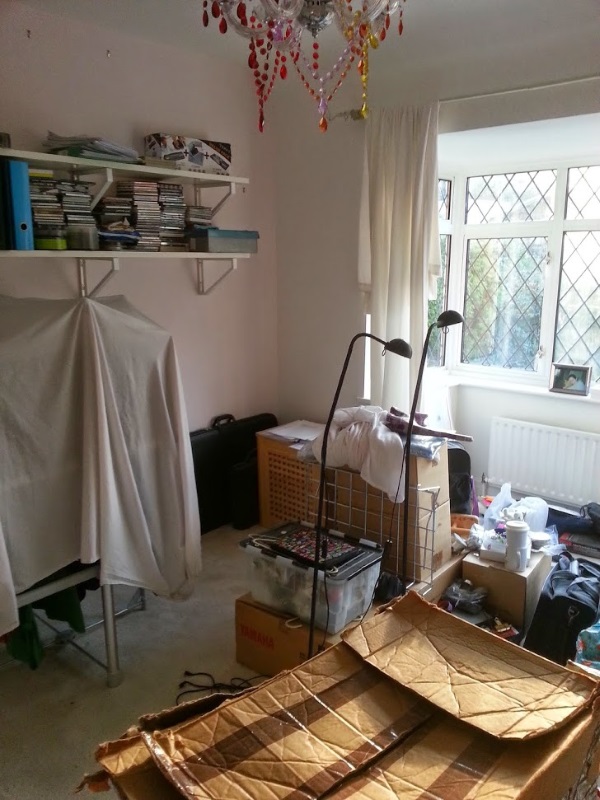 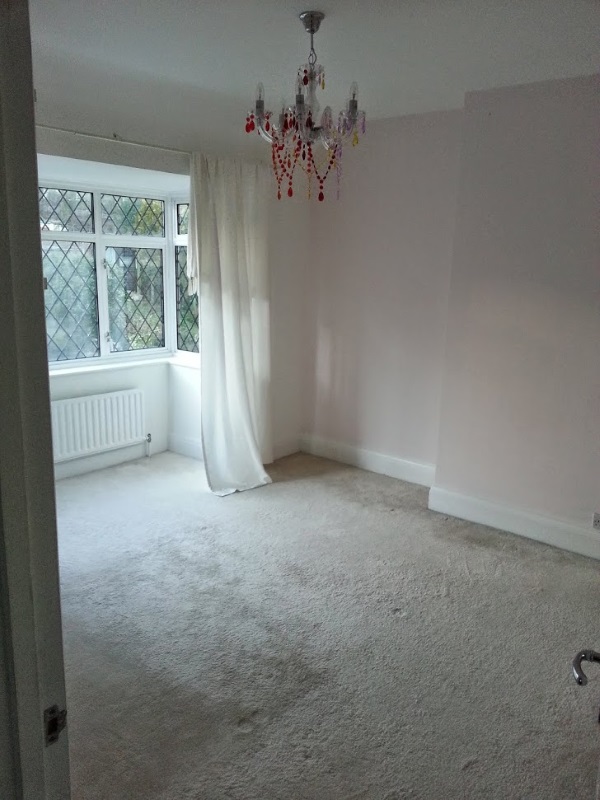 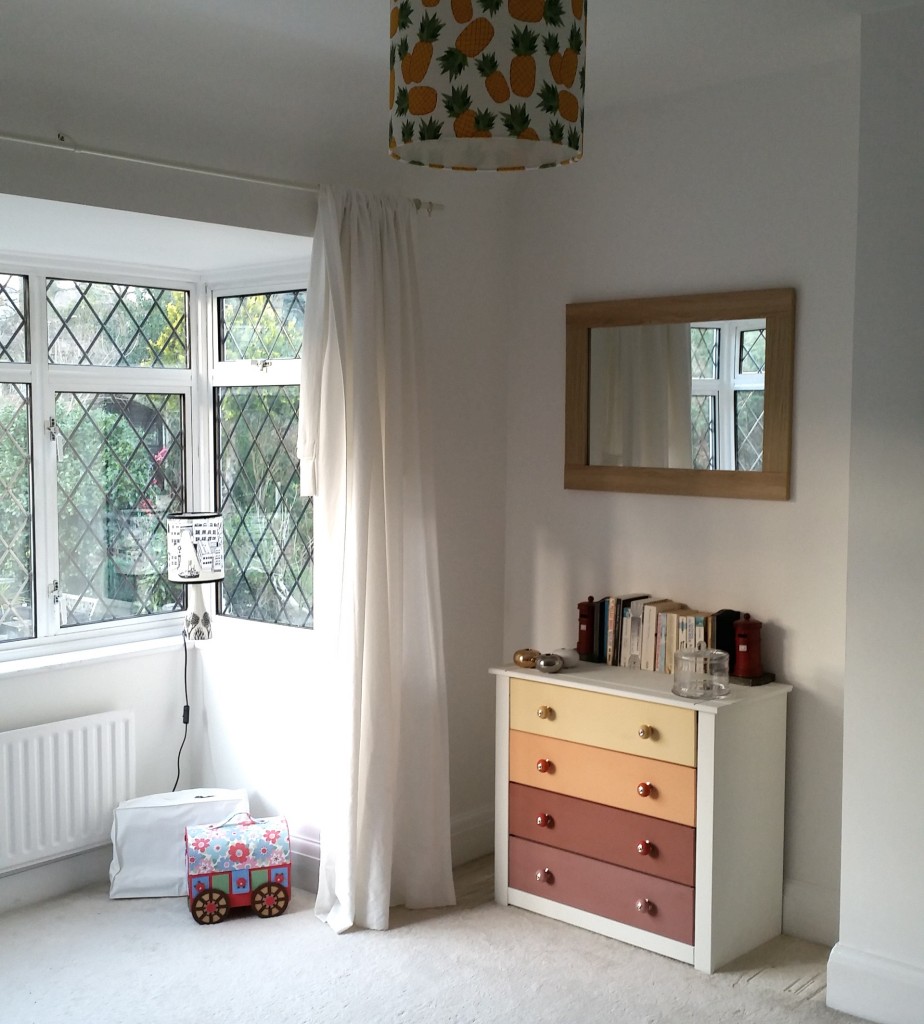 We decided to put the alcoves in our third bedroom to good use, creating bespoke built-in storage which can *fingers crossed* accommodate all of the CDs in turn freeing up huge amounts of space in our guest-room to be. So whilst they may took like wardrobes they’re anything but. Yet in time-honoured fashion, we were picky about what we actually wanted. Doors that weren’t flat-fronted so they had some appeal to them, good quality and of course sturdy enough to be able to carry huge weight.

Thankfully the carpenter Pete found did a stirling job and after just over a week of very long days, we have our new cupboards. I had taken some progress photos along the way but lost them when my bag (and phone) was stolen so unfortunately all there is the end result but we’re so pleased with them. The room is still big and airy enough to not feel cramped even though the alcove space is gone.

Now it’s up to me to paint the doors and source some pretty new handles but perhaps that’s easier than shifting all the CDs into their new home. It’s strange to have a bedroom which is probably never actually going to serve that purpose – we have a sofa bed in there for extra guests and it was the room I kept all my stock in for DaisychainBaby. I think it’s next incarnation will be as a blogging room with lovely light for photos and space for props and styling. Watch this space! 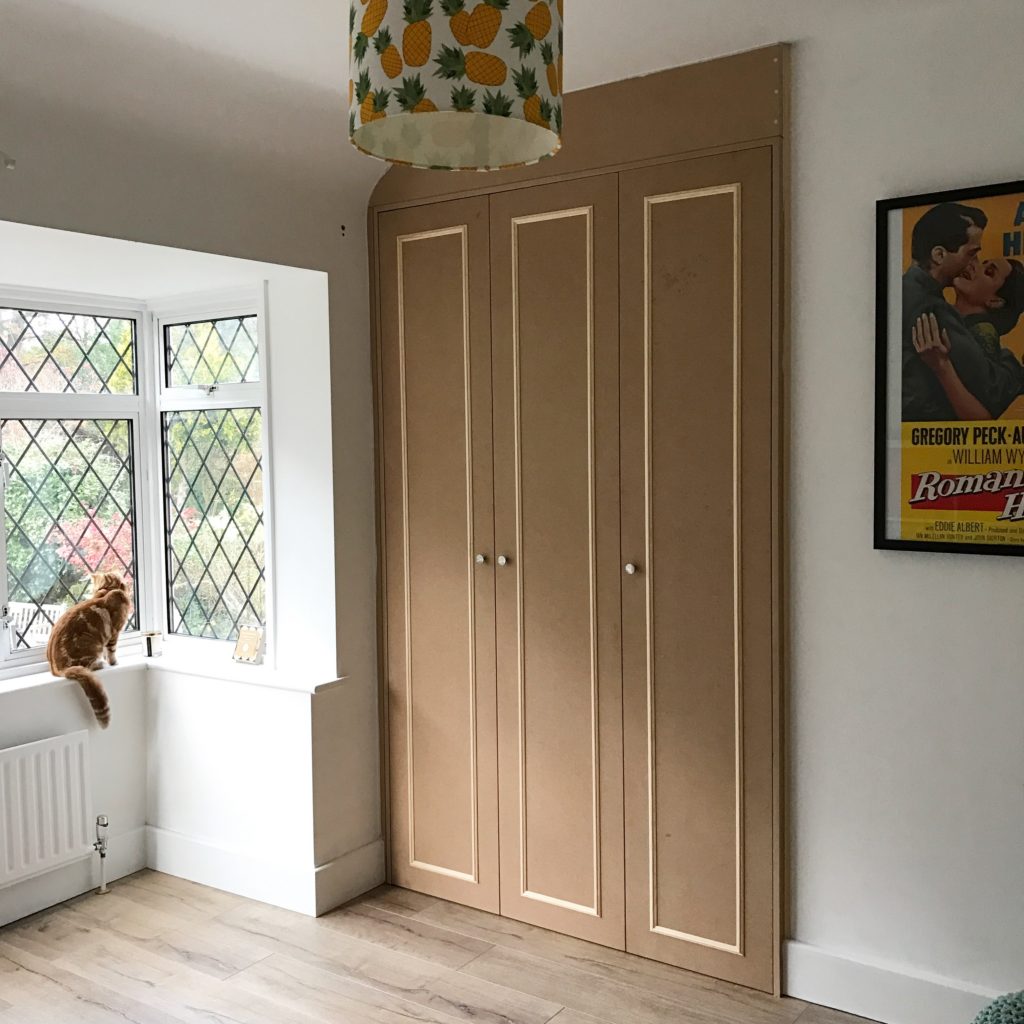 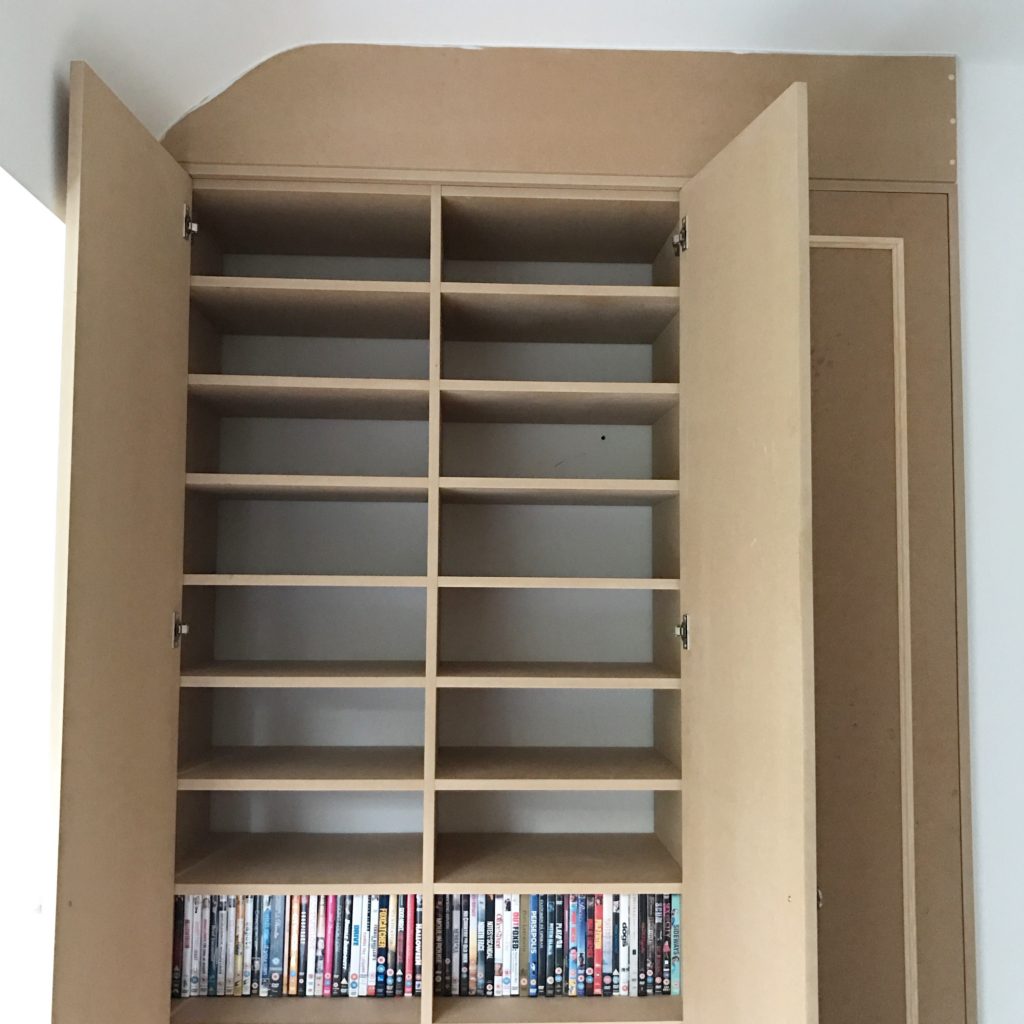 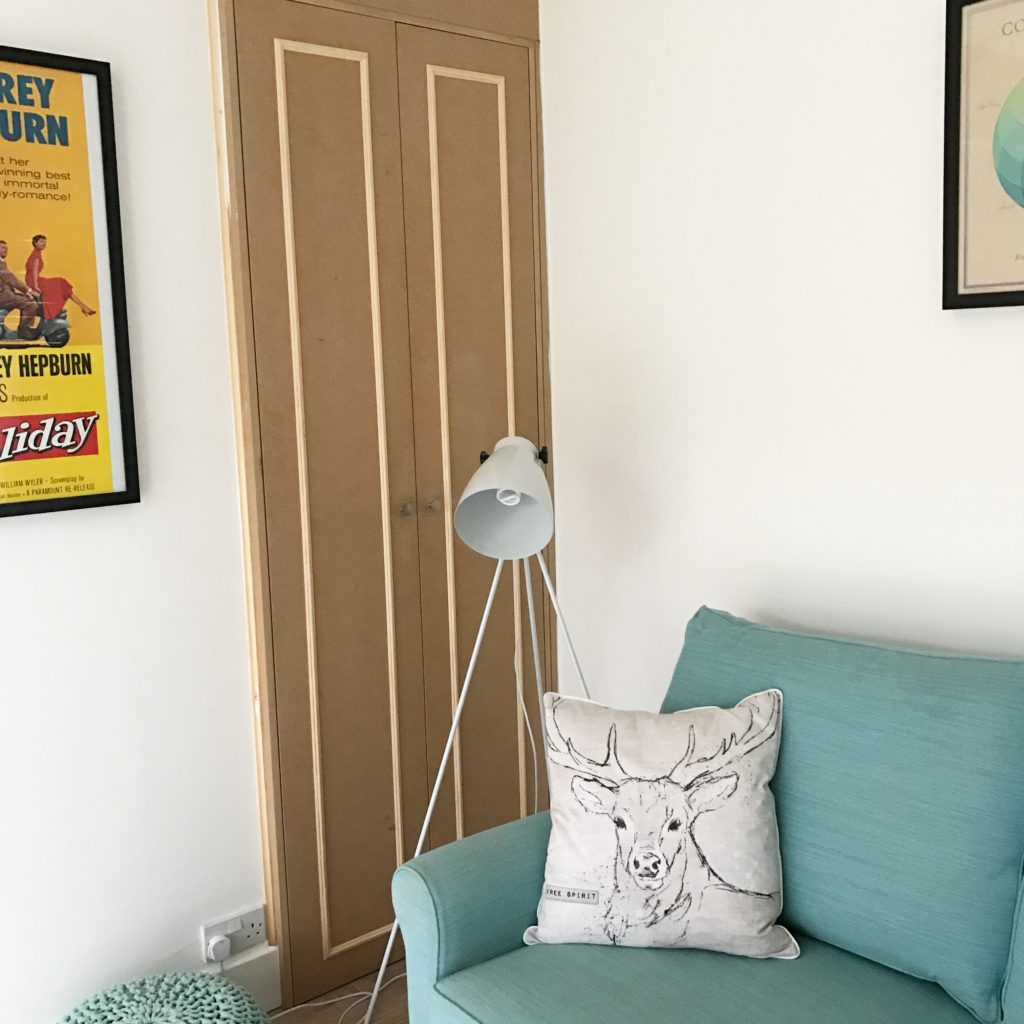 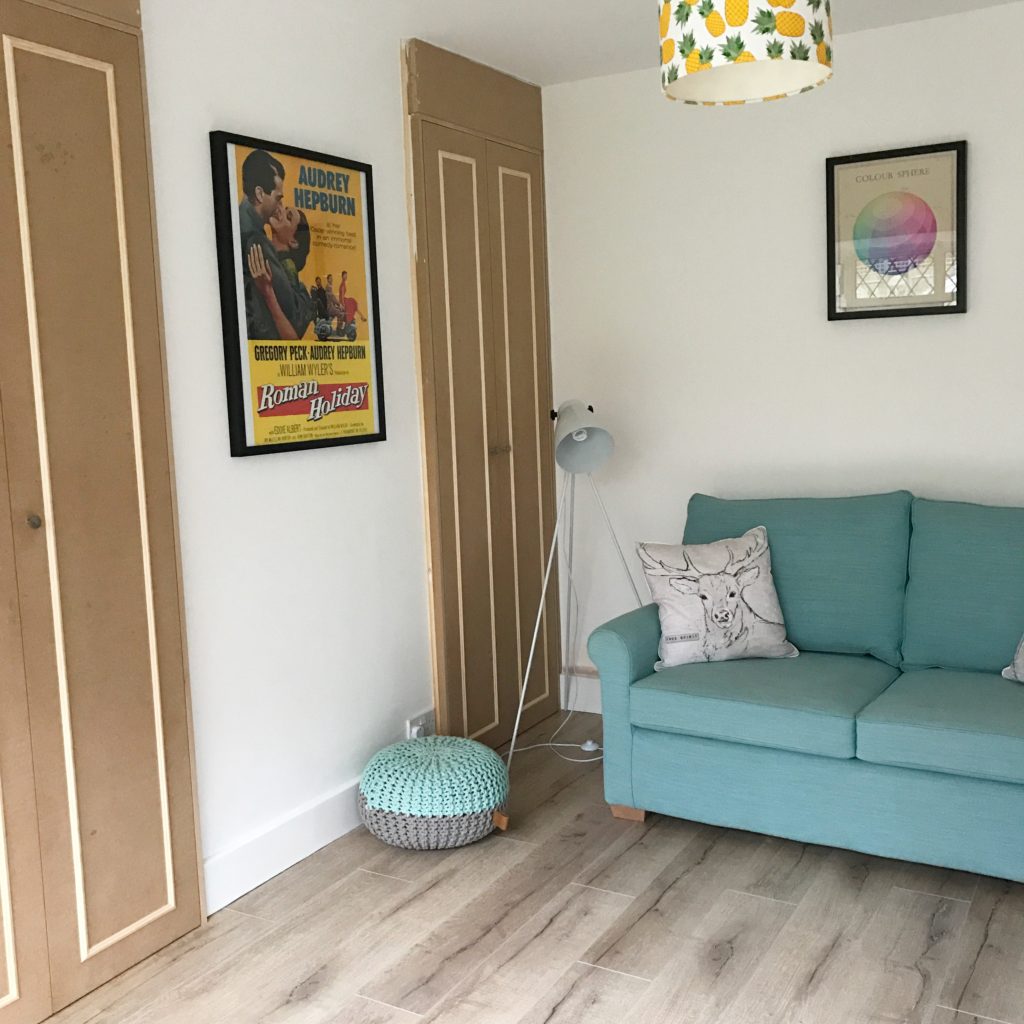