If you saw yesterday’s post, you’ll know that I had a rather wonderful stay at the Mercure Bristol Grand Hotel recently. I love exploring, especially cities, and as part of my visit we were treated to a delightful rummage around Bristol itself. Leading the way on our Saturday morning adventures were local duo Dan and Nina, who amongst many hats are the team behind south-west cultural blog, Lifestyle District.

Bristol is one of those strange cities that I feel like I know but not very well. For the last 15 years or so I’ve always had friends who’ve made it their home and have visited plenty of times. It’s such a vibrant, creative, historic destination. Somehow though from stumbling out of clubs at 4am to enjoying boat trips around the harbour, I’ve never quite joined up all the dots in my mind about where everything sits. With the rain holding off, we set off from the hotel to see what our tour guides had to show us.

A must-see for shoppers, foodies, lovers of architecture and history – basically everyone. We were informed by our knowledgeable hosts that there is such a thing as the ‘Bristol Pound’ and the market is one of the places it’s accepted as a valid form of currency. Established in 1743, over 60 traders make their homes in this light and airy building, part of which has a beautiful glass roof. And let me tell you, even though we’d all fueled up on substantial breakfasts at the hotel, the wafts from the food vendors were incredibly tempting. Lots of choice on that front too, even for fussy sillies like me. But if I could eat whatever I wanted, it would be a Bristol stalwart Pieminster pie all the way. With mash. And gravy. Obvs. 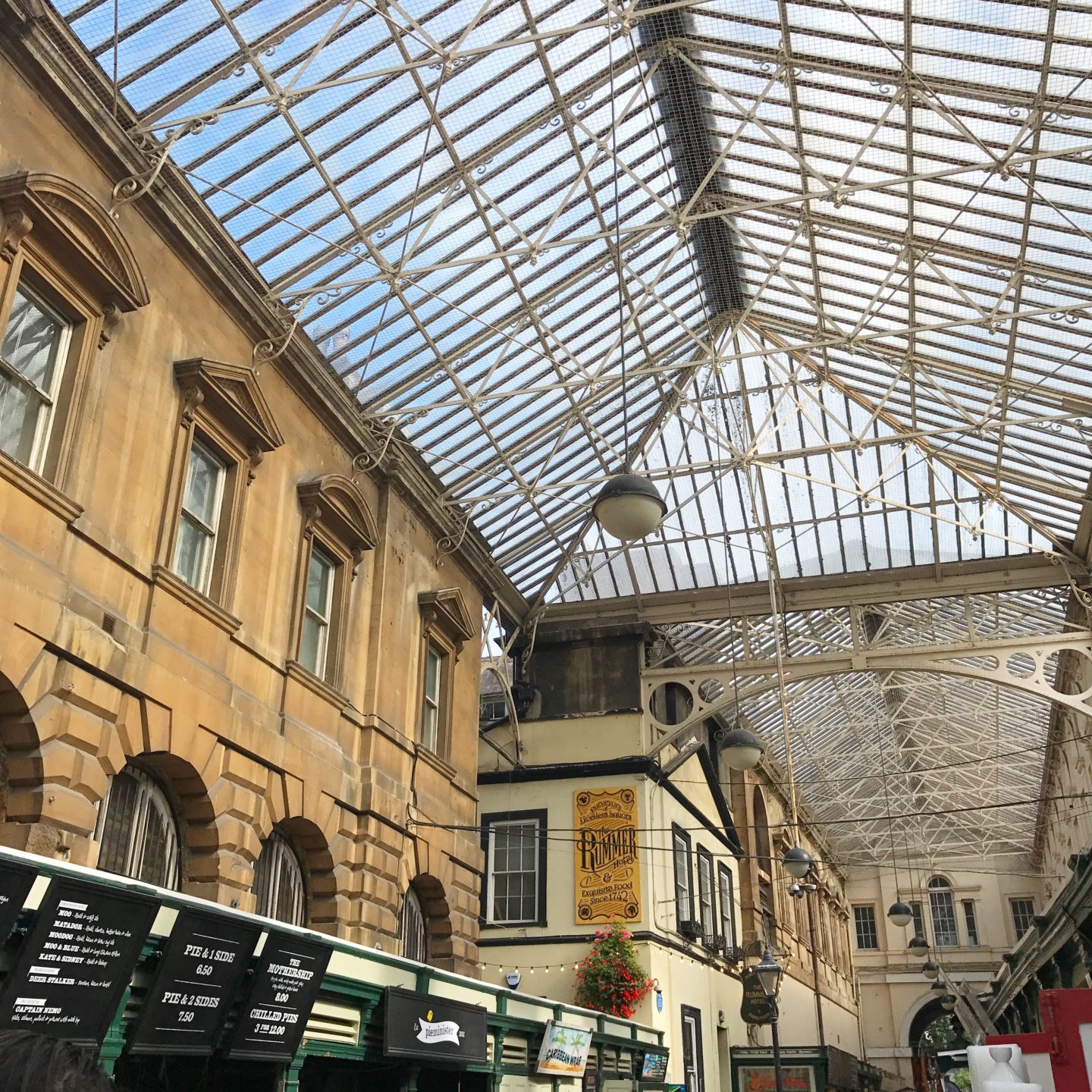 Zigzagging our way through cobbled streets and past very old pubs towards the harbour area, Dan was on hand to point out various TV locations. Whilst I knew that Dr Who was filmed in Bristol, I didn’t know that famous scenes from Only Fools and Horses were also shot in the city. Because alas, I am that old. We passed The Apple Cider Boat, a Dutch barge which specialises in the good stuff but unfortunately there wasn’t enough time for a little sample. Next time I’m sure. 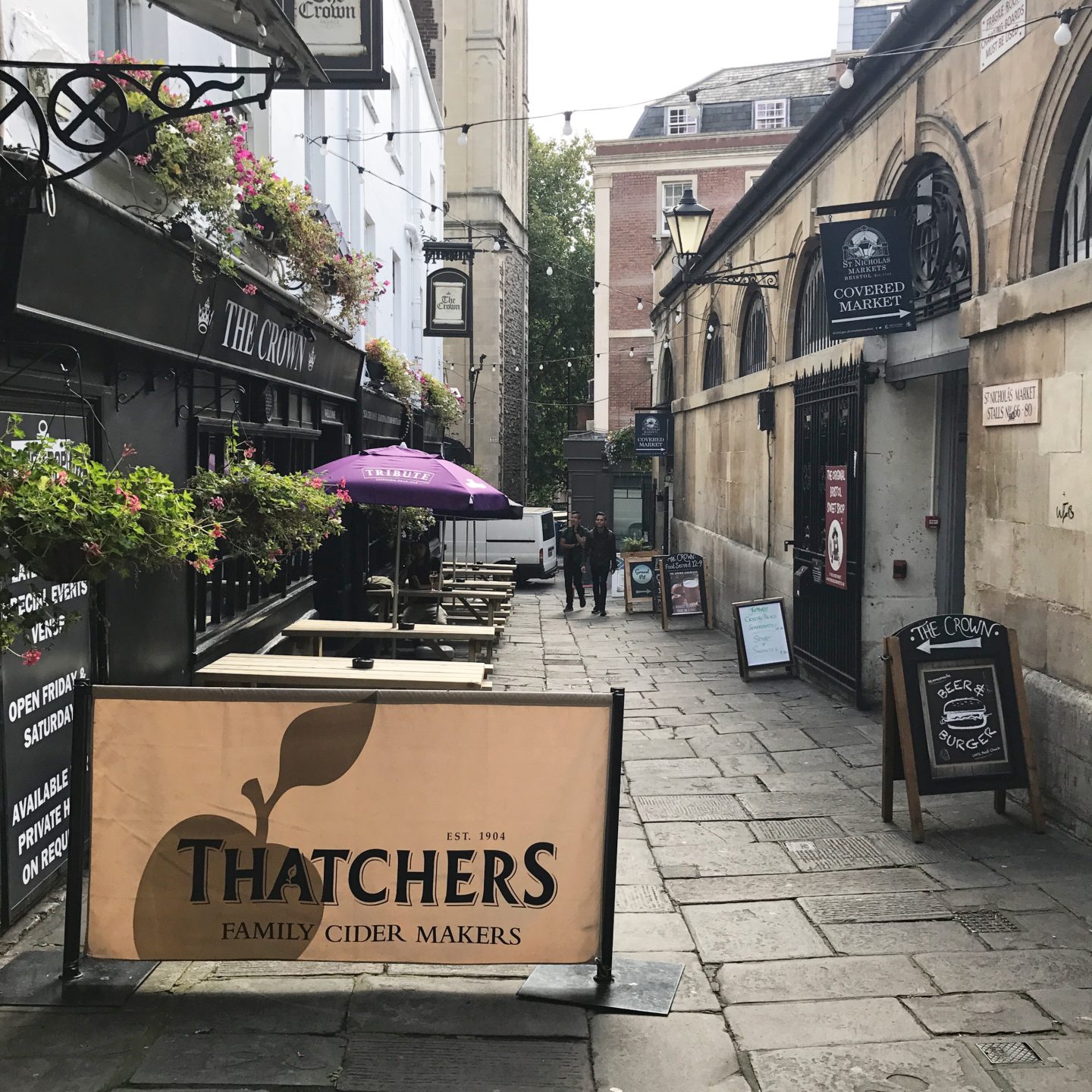 There is so much to see in and around Bristol Harbour. From quiet, tucked away apartments with stunning views to some rather lovely pubs. Creepy caves which host an annual fright night film fest. Pretty pastel houses up on the hill. Tourist boat tours and the SS Great Britain. Signs of Bristol’s industrial past at the old dockyards, where a dockside transit shed now houses Bristol museum M Shed. You could literally spend the entire day in this part of the city alone. 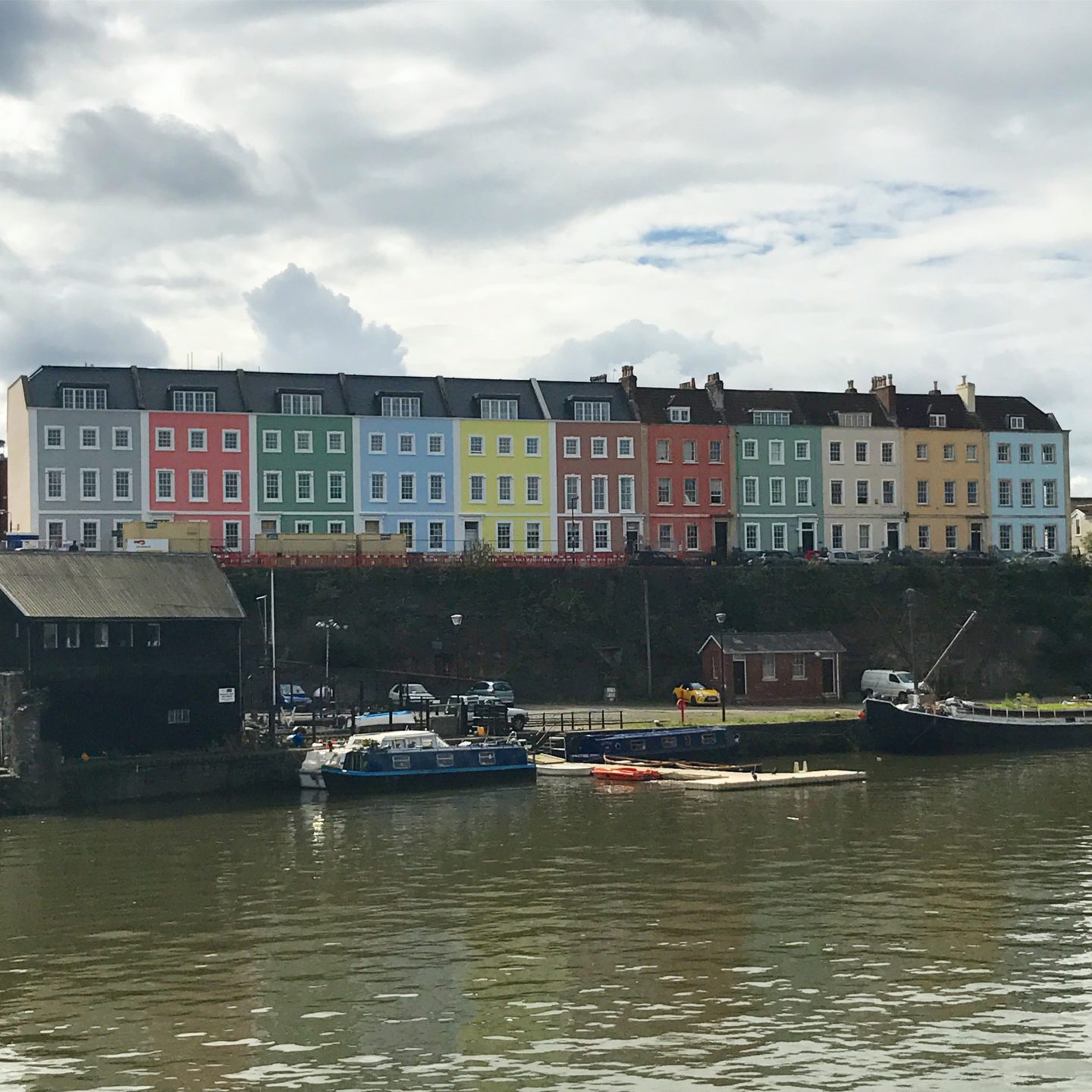 We didn’t have time to walk the length of the harbour, mainly because there isn’t a bridge back to the city centre at that point. Instead, a little boat transports people from one side to the other. We did however take a short break on the roof terrace at M Shed which I’d definitely recommend to get a birds eye view of Bristol. You don’t need to pay any entry fees and it’s well worth it to watch the world go by. Lifestyle District definitely know all the secrets! 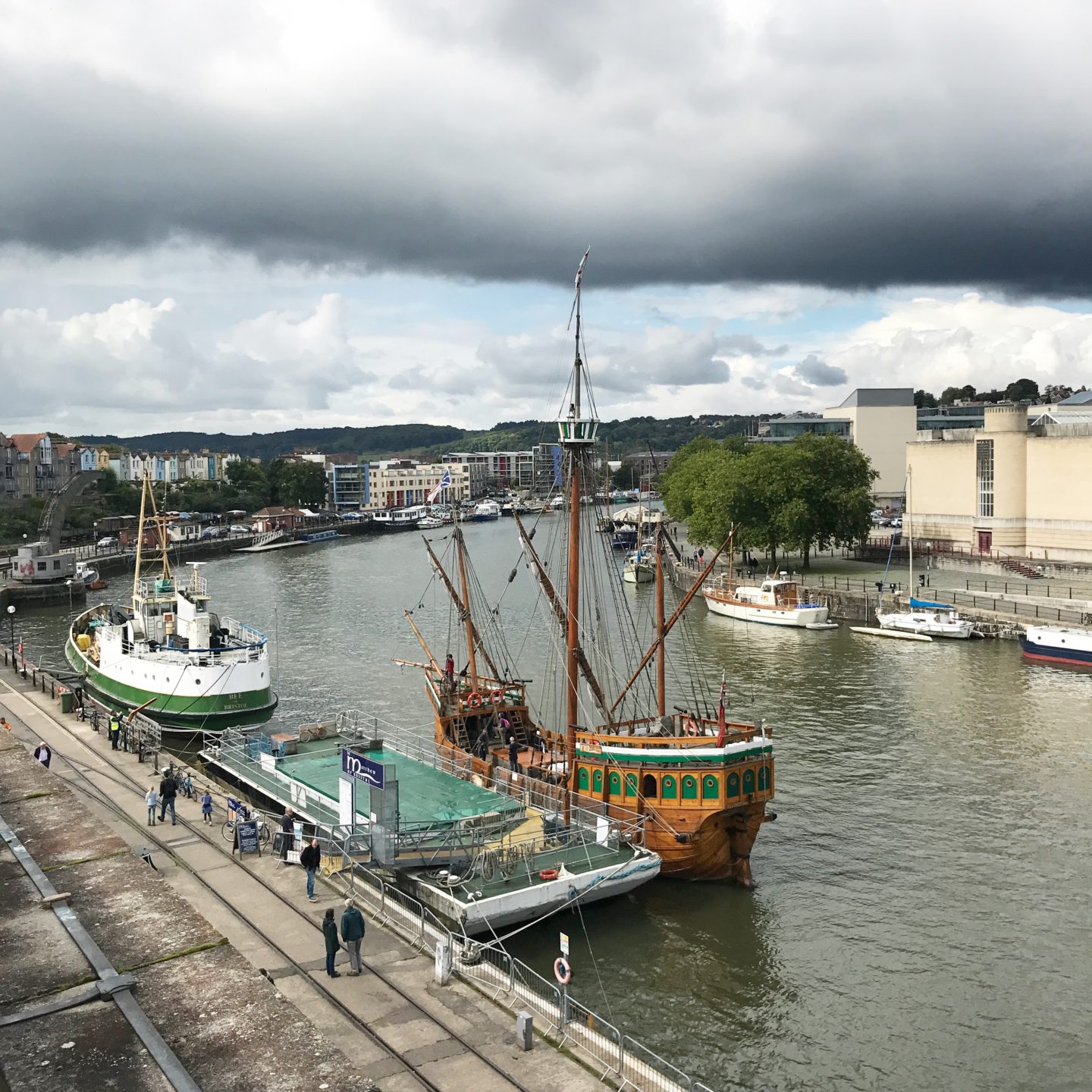 Returning to street level we headed back towards the city centre, seeing more of the redeveloped harbour area. I’ve often wondered how all of the bars, cafes and restaurants in Bristol survive because there seem to be so many of them but I suppose the residents here know how to have a good time. Colston Hall is a concert hall and grade II listed building, recently turning 150. What is most interesting is that despite being such a prestigious venue, it’s named after merchant and slave trader Edward Colston. Therefore, following some planned renovations it will be reopened with a new name as yet to be decided.

For me, one of the prettiest parts of Bristol. Dating back to the 1600’s, this ancient area features – yep, you guessed it, a series of steps! Lined with independent boutiques and galleries, as well as being surrounded by little streets offering more of the same, it’s easy to forget where you are. Dan and Nina told us that one of their favourite haunts along the steps is 20th Century Flicks, a proper old school film rental shop. You can also hire the space for parties and private viewings and they even a resident cat or two. What a joy. 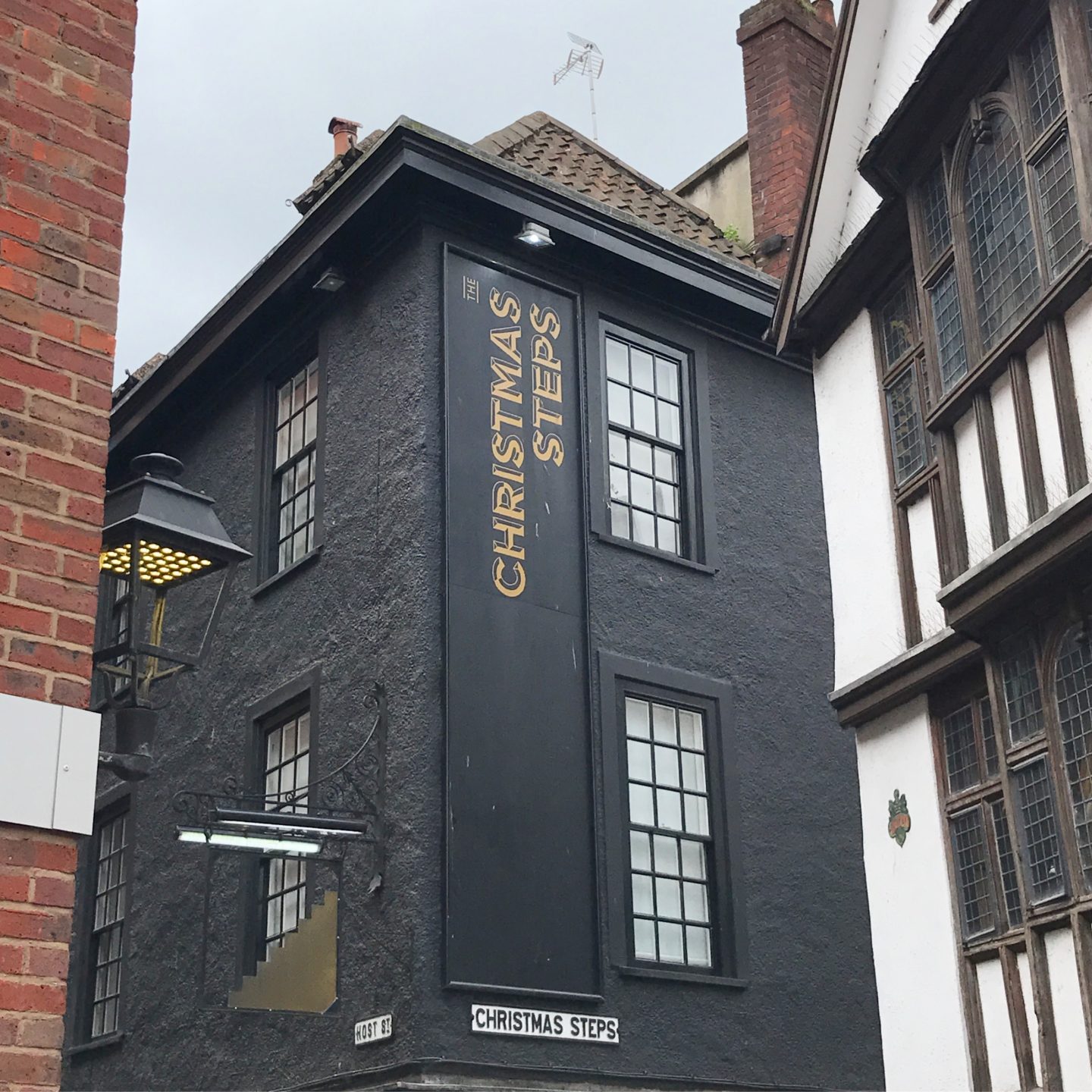 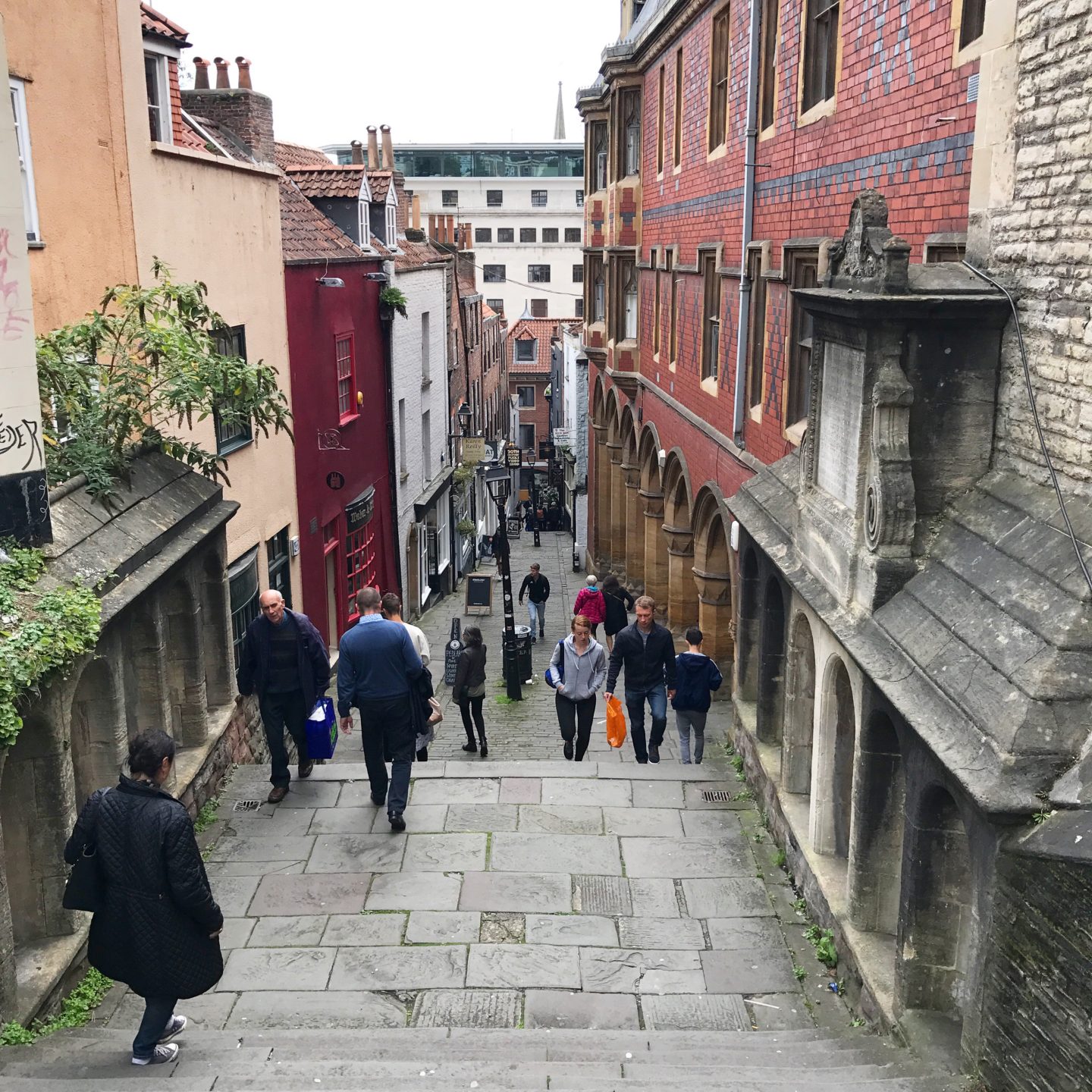 All. The. Street. Art

Of course, Bristol is famously home to Banksy. And there is absolutely beautiful street art at almost every turn. The Bear Pit, a sunken roundabout and former no-go zone (certainly from my earliest visits to Bristol, it was to be avoided at all cost) has seen a bit of regeneration and is now every colour under the sun. The Stokes Croft area of Bristol reminds me a lot of Shoreditch, all graffiti-ed walls and hipster-looking cafes. But I just love all the colour and again, this in itself could be a whole day of exploring. 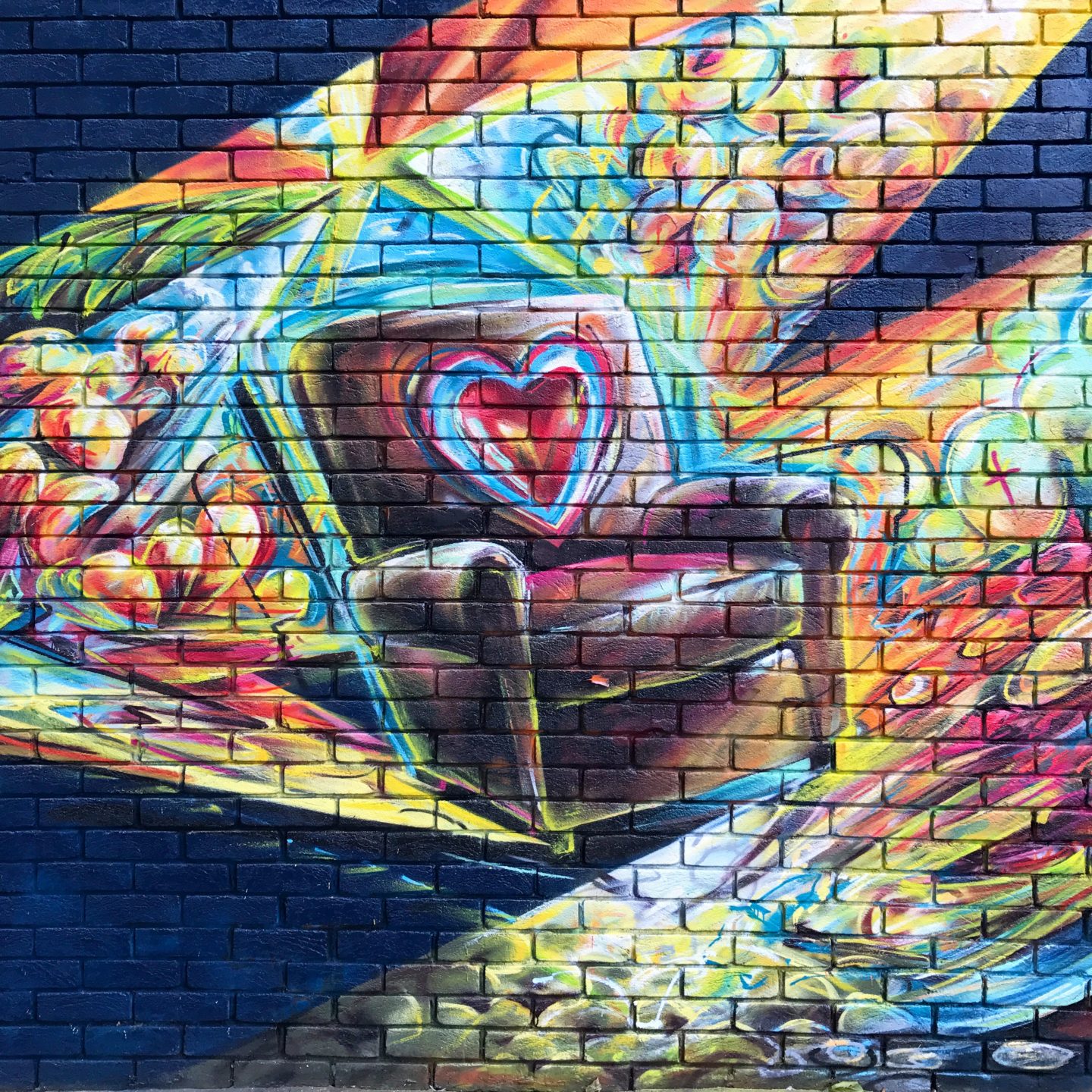 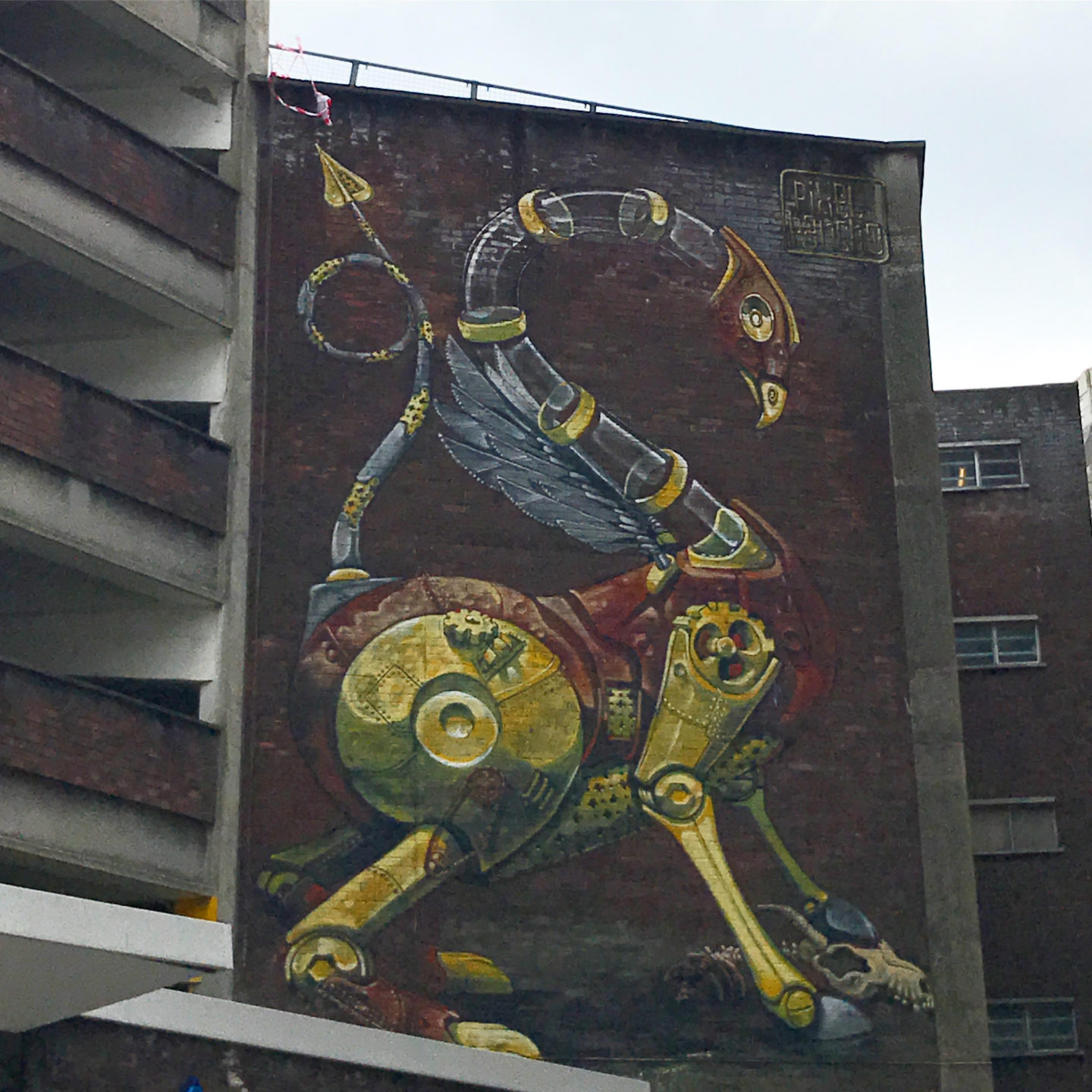 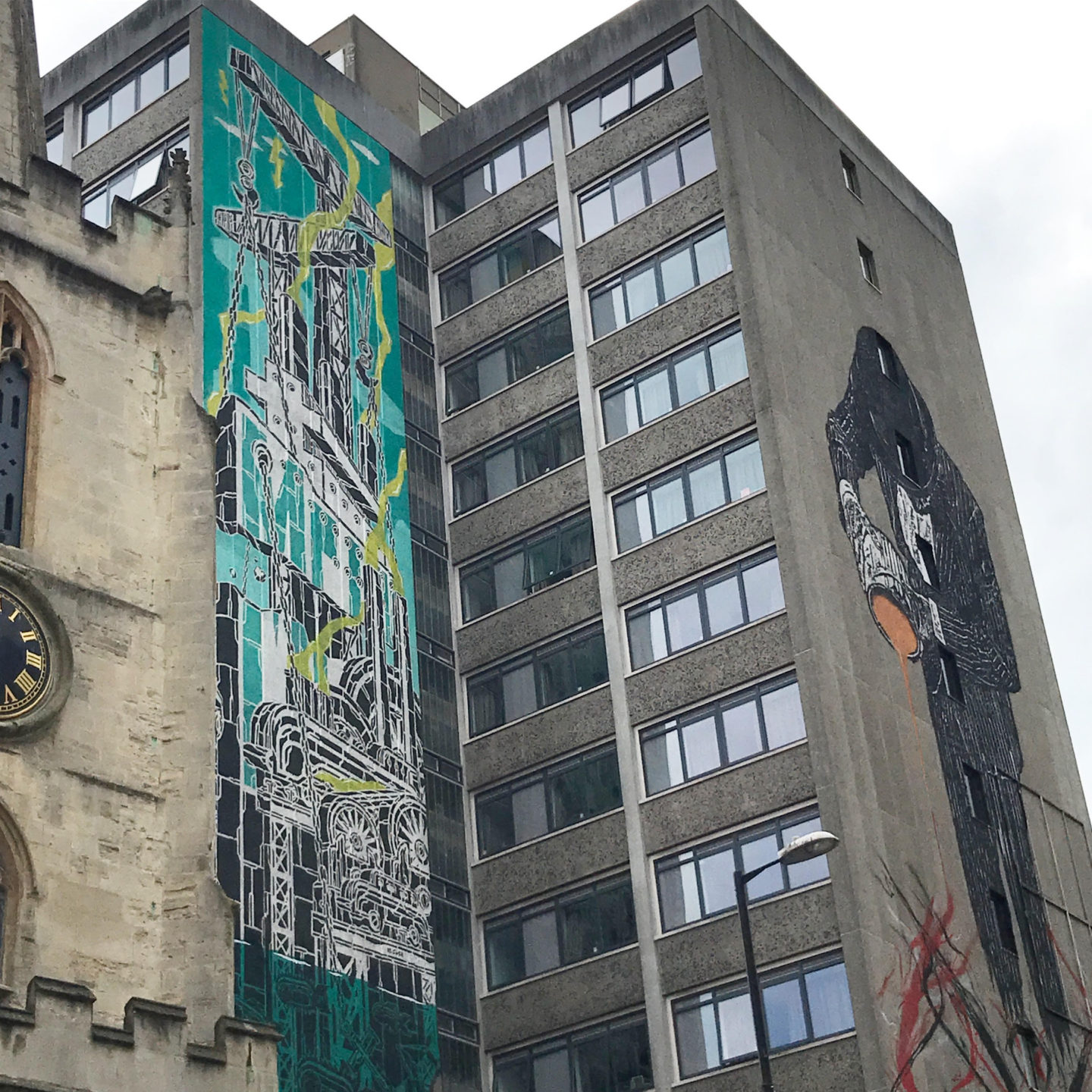 All too soon it was time to head back to the hotel for a scrumptious afternoon tea. We covered a lot of ground in our 2 and a half hours on the streets and I think my map of Bristol that I keep in my head is finally finished! Perhaps next time I visit, I’ll do a little tour myself.

Thank you to the wonderful team at Lifestyle District for curating this city tour for us, as part of our Mercure hotel campaign #staydifferent