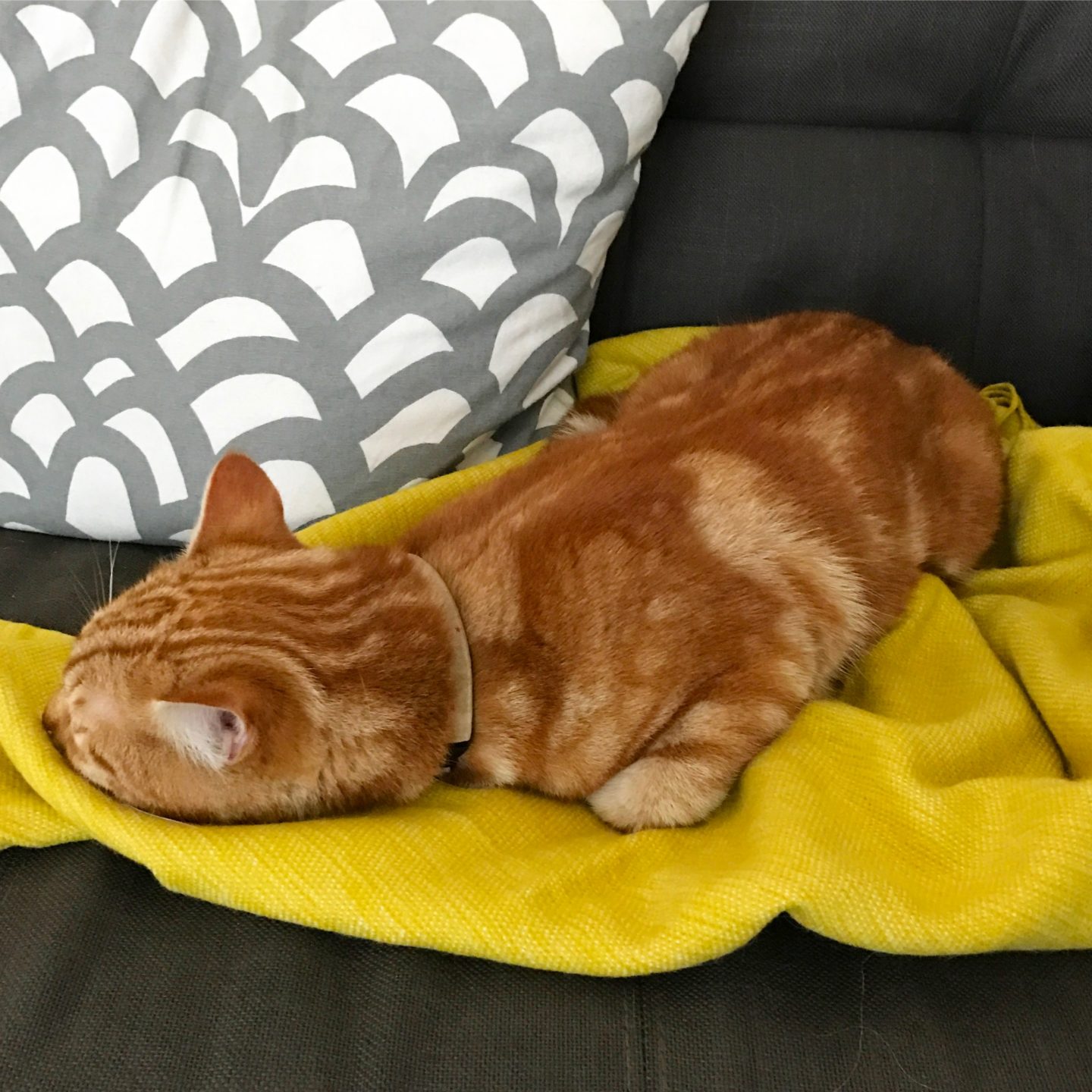 When I was growing up we had such an animal menagerie. There was the black stray cat Tibbs who came in the night and left a year later. The almost feral cat Bobbins who was born on a farm and lived to 19 but hated people. We had hamsters, a rescue Yorkshire Terrier that had been abandoned by its owners after a holiday. Various birds and recuperating wildlife because my Dad was a conservationist.

But my favourites were our family Springer Spaniel Corrie and my ginger cat Biscuit. See a pattern? I knew no matter where I ended up as an adult or who with, owning another female Springer and male ginger cat would always be part of the plan. It never even occurred to me that my partner might not like animals because really, as if I could love someone who didn’t like pets 😉

Fast forward all these years later and within 6 months of moving into our first owned home together, we added Maddie. Pete had grown up with a Cavalier King Charles so was also fond of the Spaniel family in general but had never had cats and came from a family of general cat dislikers. We felt so settled with a dog, she fitted into our lives with ease and we love her so much.

I started to wonder whether I really did need a cat. Maddie had been such an unexpectedly well-behaved puppy, never chewing, toilet trained within days. Surely that only meant that it would be the kitten that brought chaos to our lives. Pete made a big point of saying “when you get your cat” whenever I’d bring it up, unwilling to acknowledge it. I saw a future where we’d fall out and he and Maddie would take sides and Boo and I would be on the other.

And then last year something in me just snapped and I realised it was time to get the cat before Maddie got too much older. I wanted them to be young together, even though that likely means we’ll lose them both around the same time but let’s not even dwell on that point for more than a second. And so Boo arrived and we fell in love with him. He’s so funny and cheeky but just about the most loving cat in the entire world. Dare I say it, but I’m quite certain that Pete loves him more than me now having been fully converted.

So with all that love in the room comes the inevitable moment where you have to let them out into the world. A world where we have a resident cat killer who has done unspeakable things to over 150 cats. Where there are cars and trains and people who either want to lure him in to keep him or people who would do harm (why DO people hate cats so much?!) I grew up more or less in the countryside so it just didn’t feel as scary with our previous kittens.

We spent all weekend in the garden and he was happy coming and going and is now fully adjusted to using cat flap. I’d be happy to get him to a point where he goes out all day and just stays in overnight but who knows if that’s even possible. We just have to let him go and hope that he’ll be ok and will be around for many years to come, giving us lots of love. 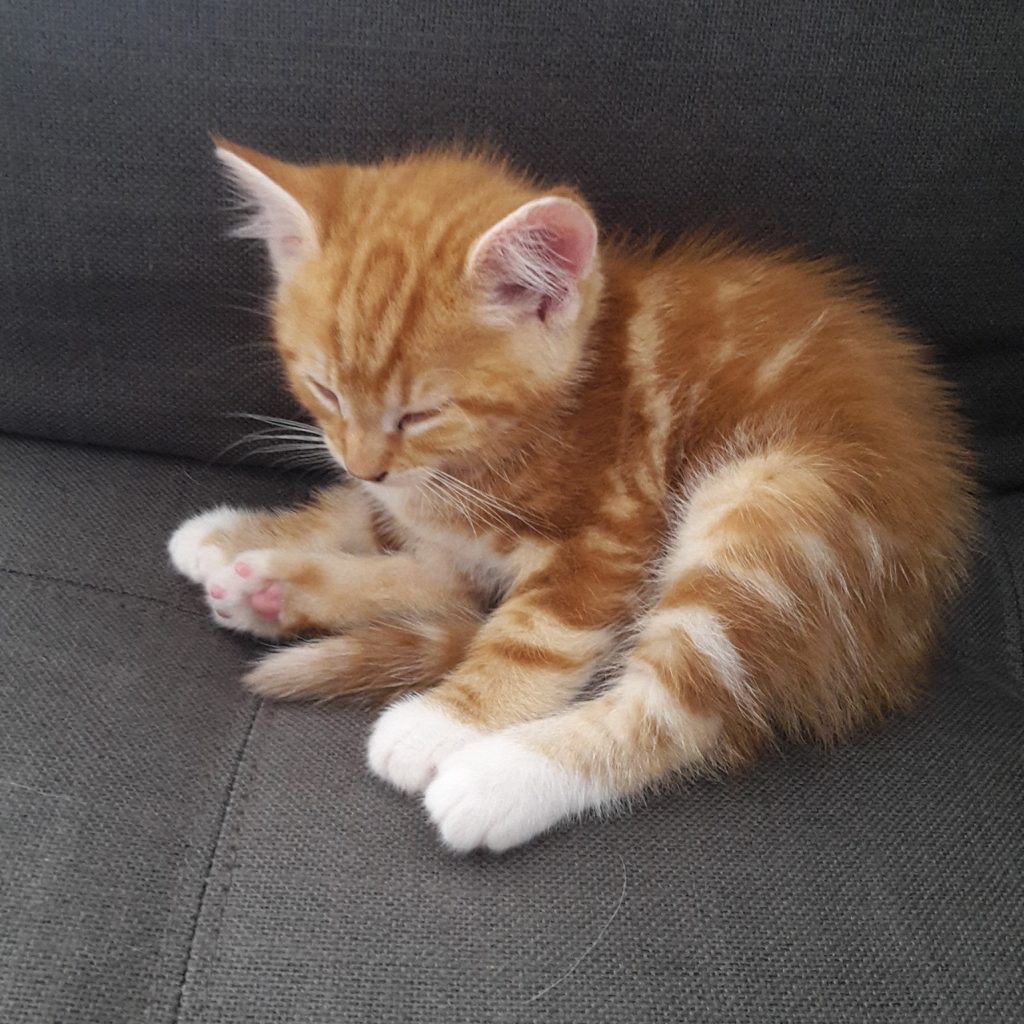 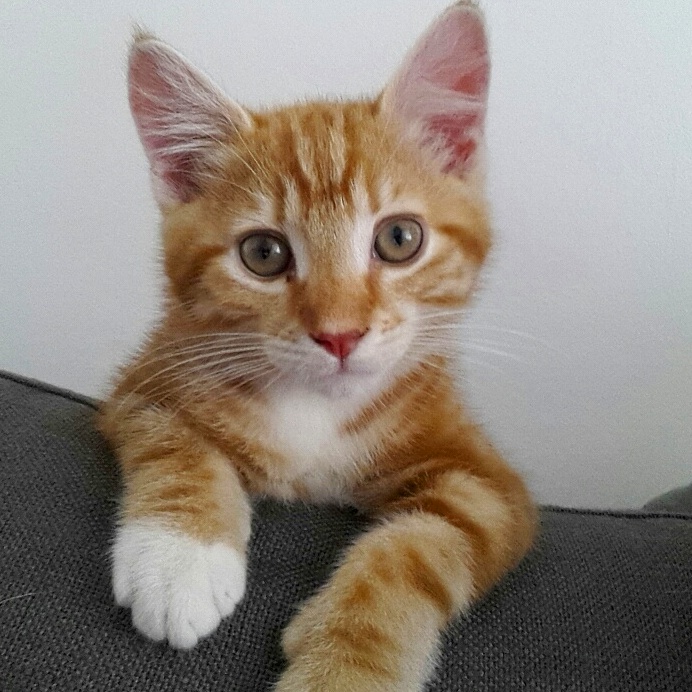 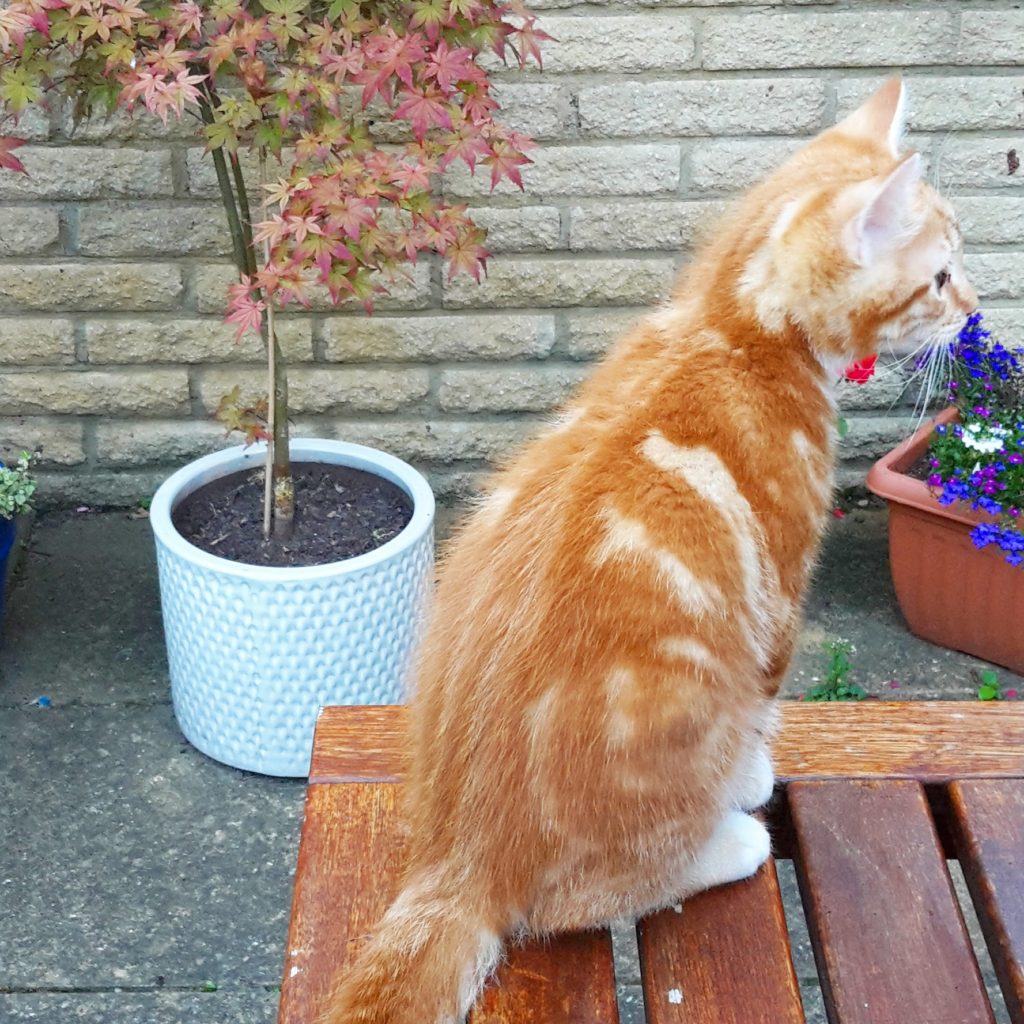 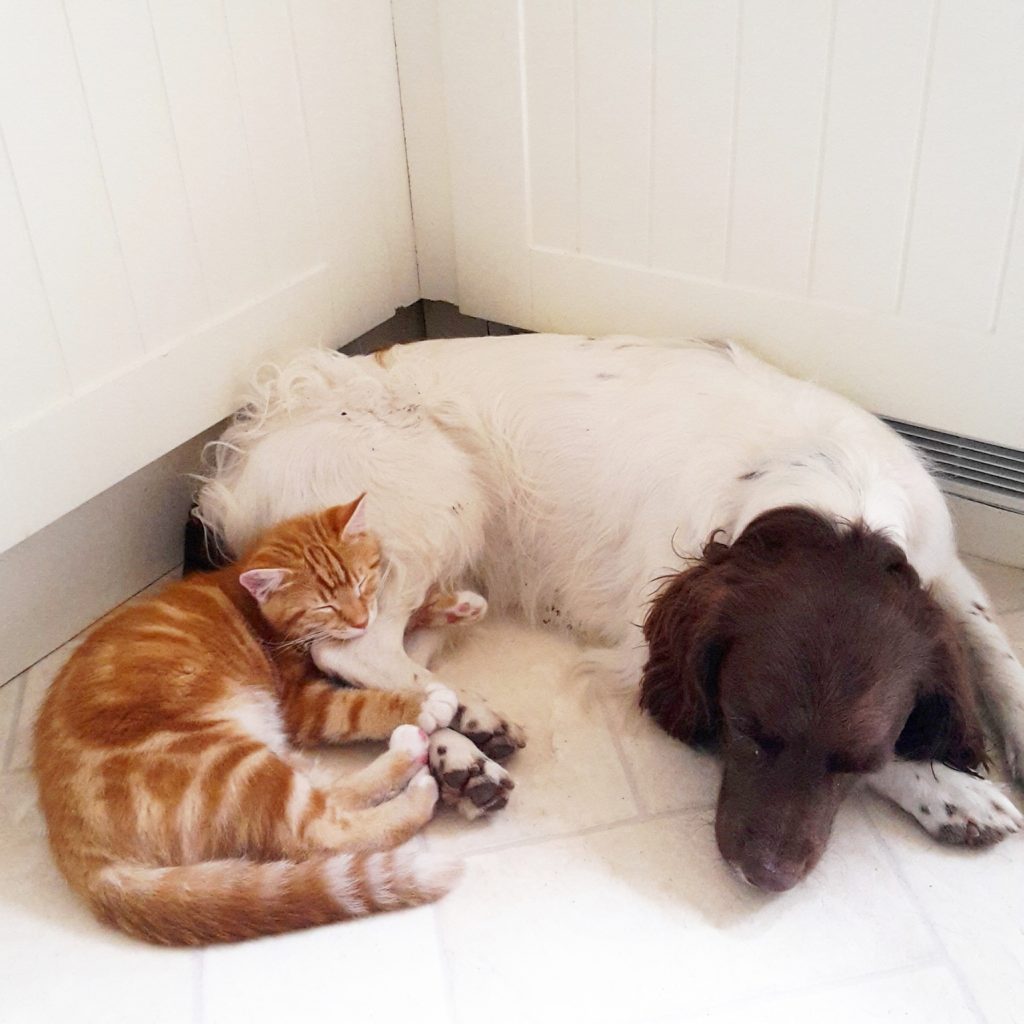 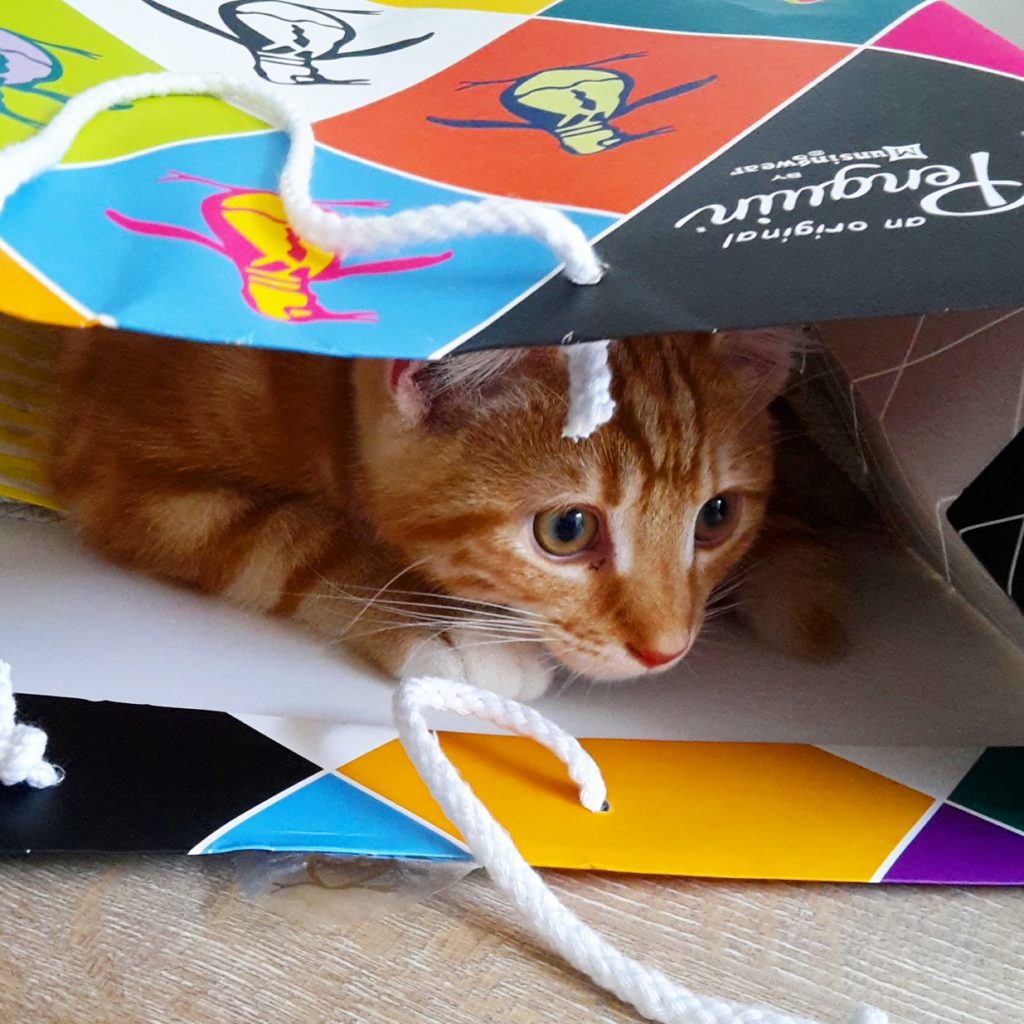 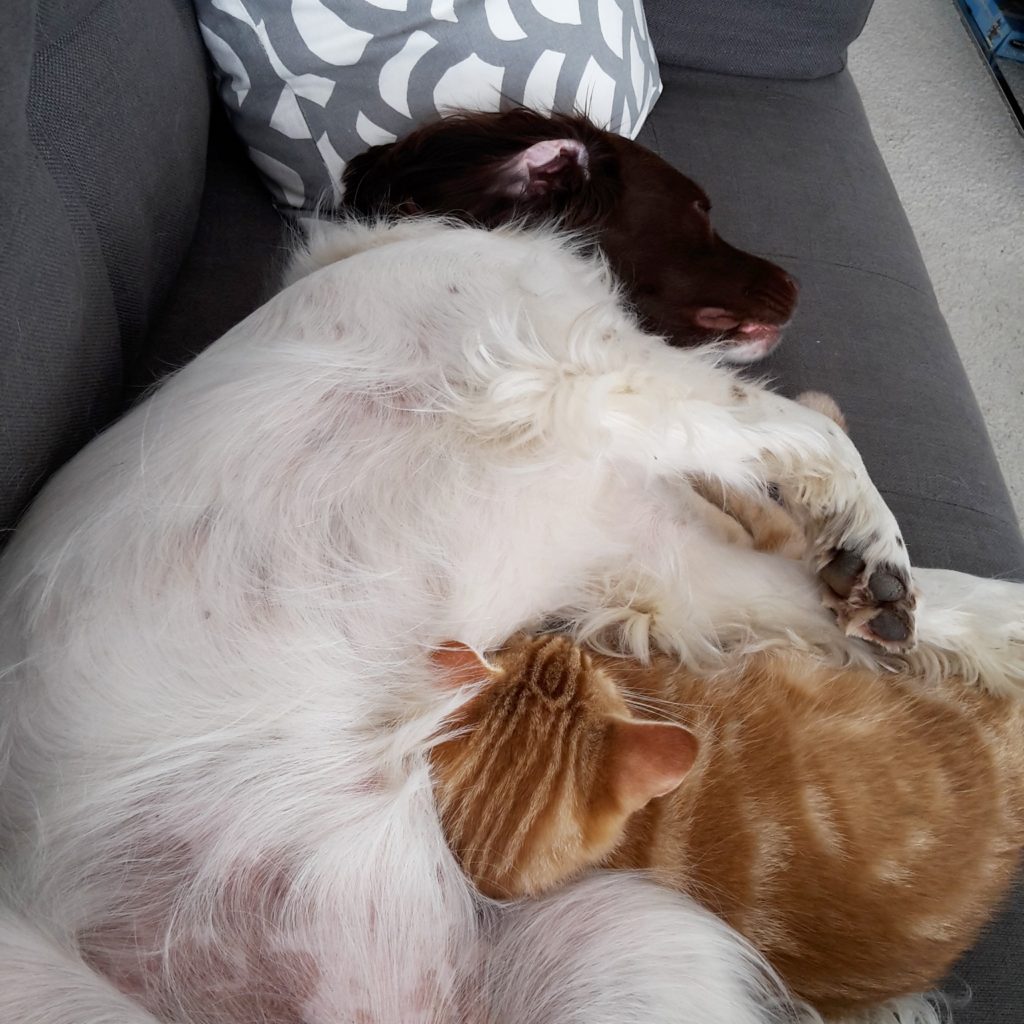 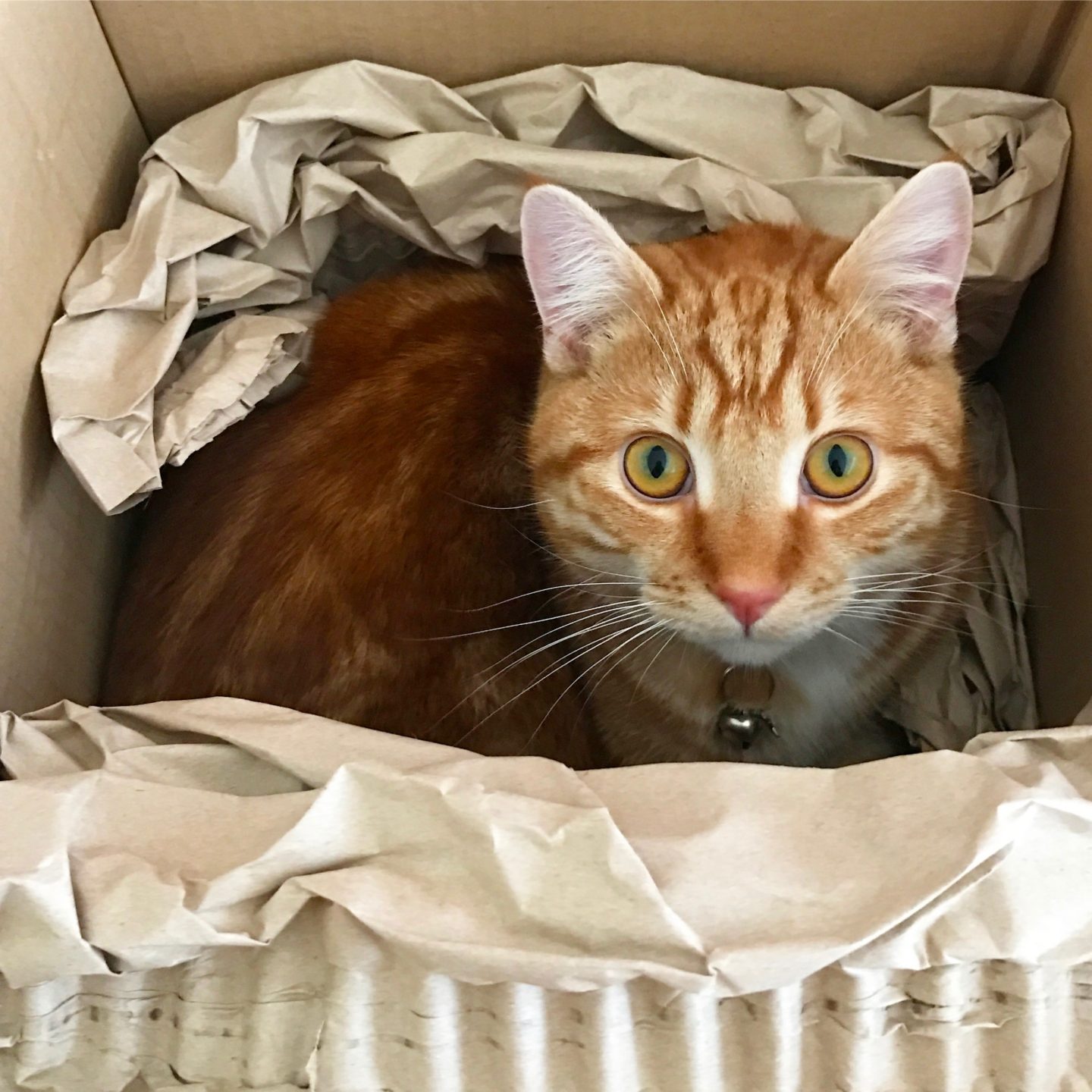 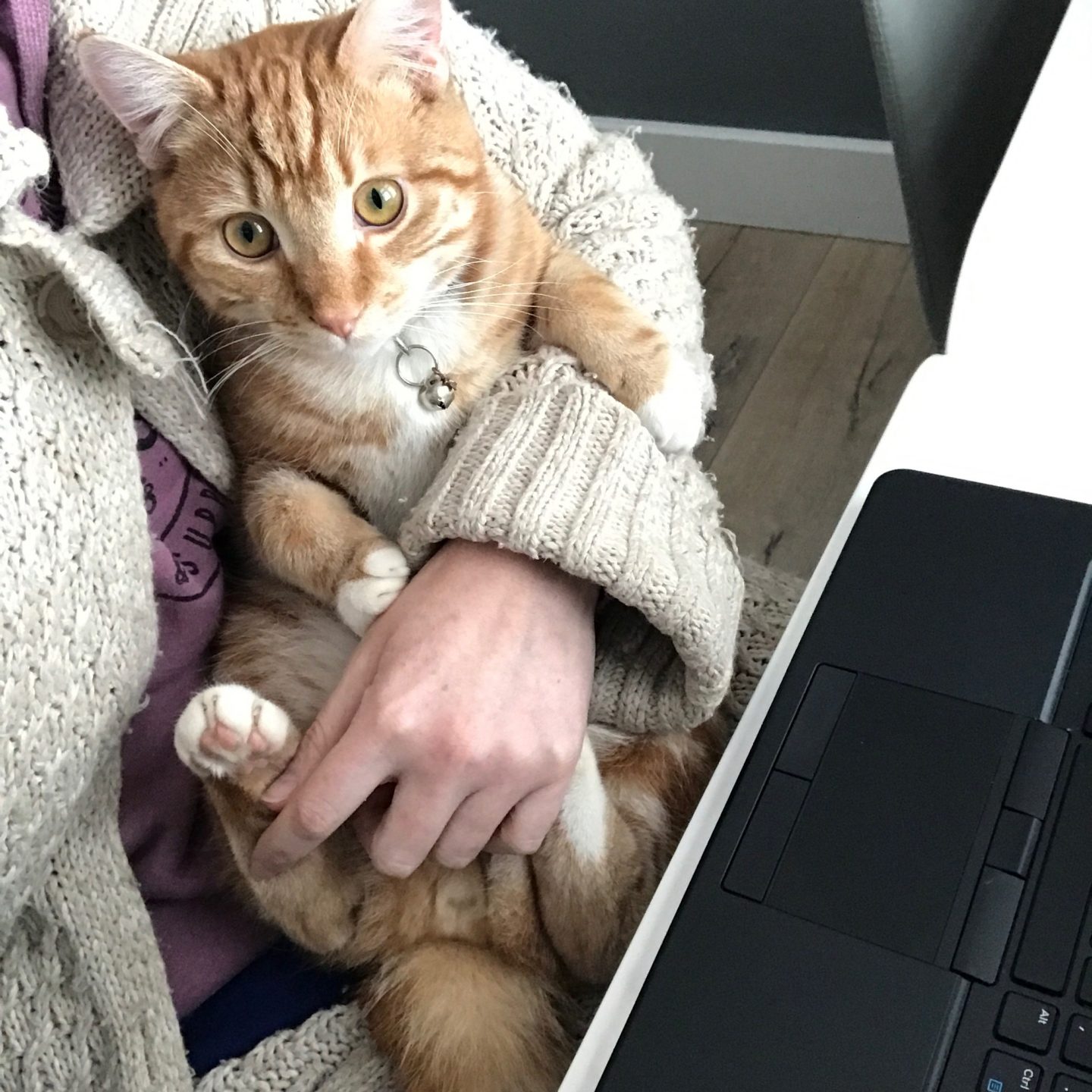 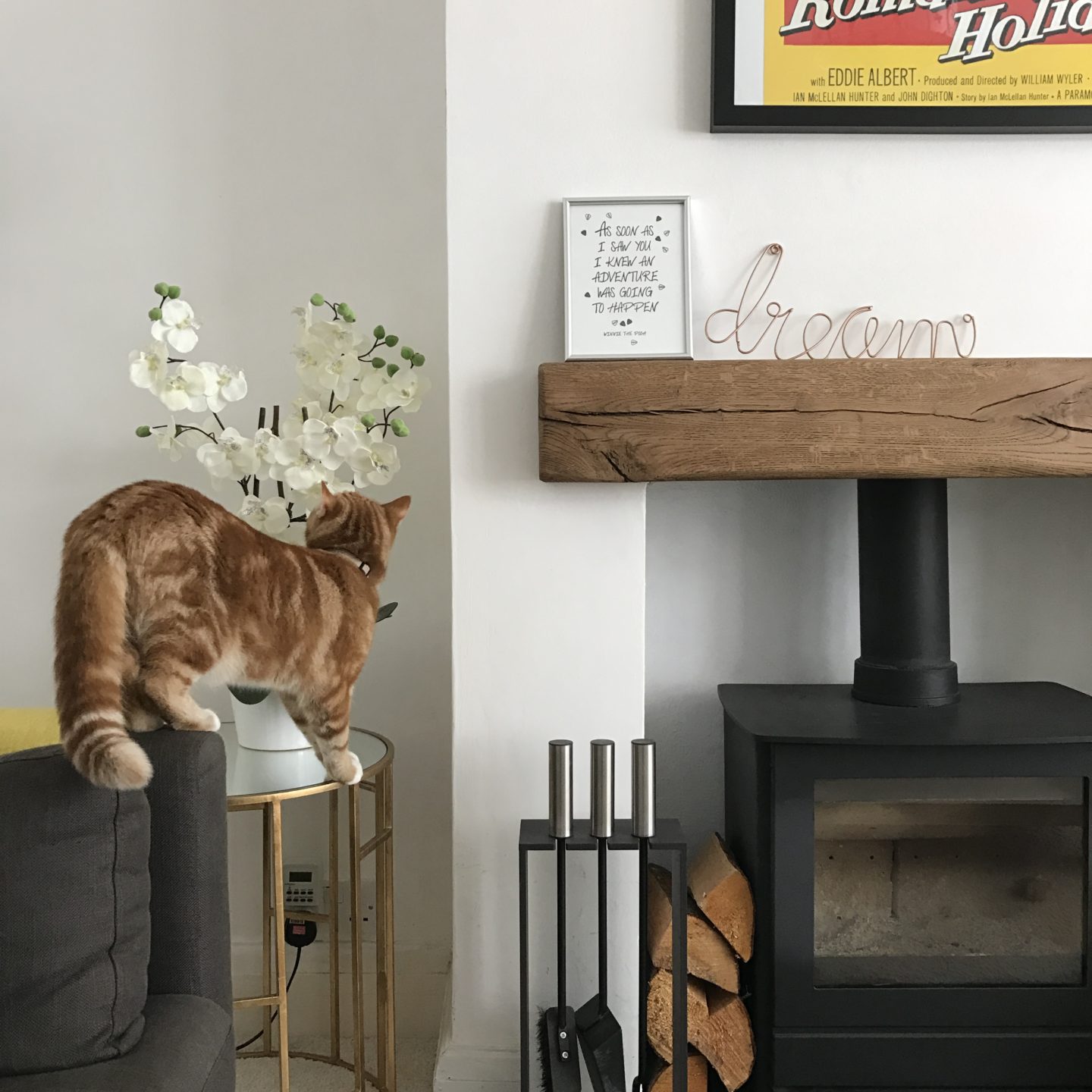