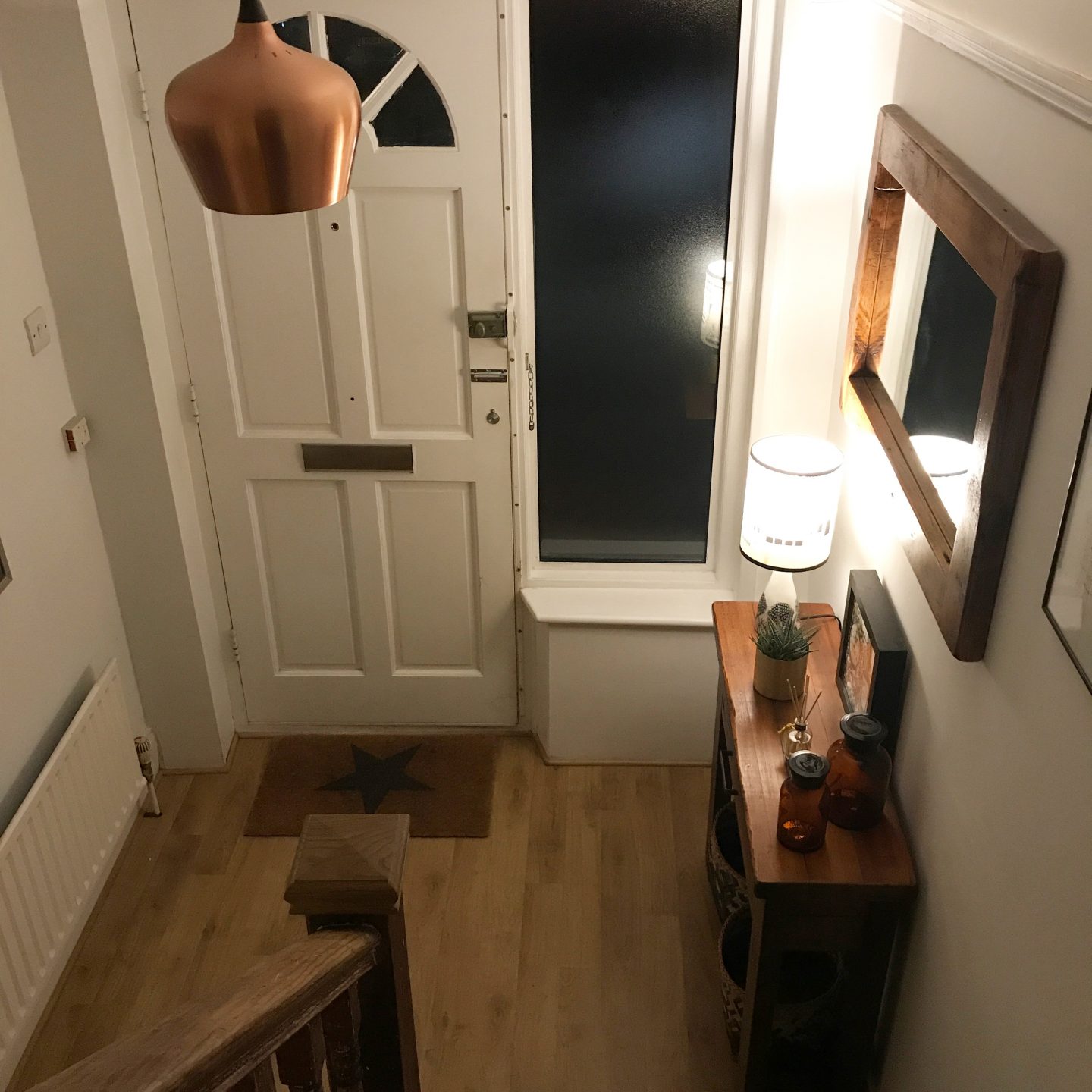 A new year always brings new plans for a house renovation doesn’t it? I can’t even remember what we had planned for 2017 but some ad hoc projects ended up taking over. We gave our main bathroom a much-needed makeover, cleared and fenced our 100ft garden with the help of our neighbours and I painted our bedroom.

Whilst all of them made such a difference to our quality of life, at the same time none of them feel like huge achievements. It’s nearly 4 years since we moved in and progress sometimes feels frustratingly slow. So with the bit between my teeth it’s time to tackle some of the little jobs that I just keep putting off.

First on the list has been finally fitting a plug socket in our hallway. It sounds like such a tiny job doesn’t it? We’ve had a console table, decor and lamp now for ages, but no socket in place to plug it in. Our home was built in the early 1930’s. When the electrics were modernised, all the sockets were put in the same place either side of walls. We do have a plug in the hall but it’s in the most useless impractical place.

I’m a bit fussy when it comes up to renovations and didn’t really want the cabling for the socket to show. A couple of electricians expressed interest in the job but then we never heard back. Traders right?! Finally our lovely neighbours came up trumps recommending their electrician. And he is nothing short of a miracle worker.

He somehow managed to cable the socket in via the fuse box in the cupboard under the stairs. He took up the boards in the cupboard and threaded the cable through before popping a hole in the wall and connecting the socket. If I’d had any idea it would be so straightforward, we would have had it done ages ago. Not just that, he was so reasonable too!

It’s such a treat to come home to the warmth of a table lamp at this time of year. Plus the benefit of lighting when I come downstairs in the mornings instead of floundering around in the dark.

Now I feel inspired to crack on with a number of other jobs that need doing. Despite being such a positive person in general, when it comes to the house I always fear jobs will be very expensive. And I never bother to even make enquiries. Which means projects have a habit of stalling. Perhaps I should try to aim for at least one job every couple of weeks and who knows, we might just make progress in 2018! 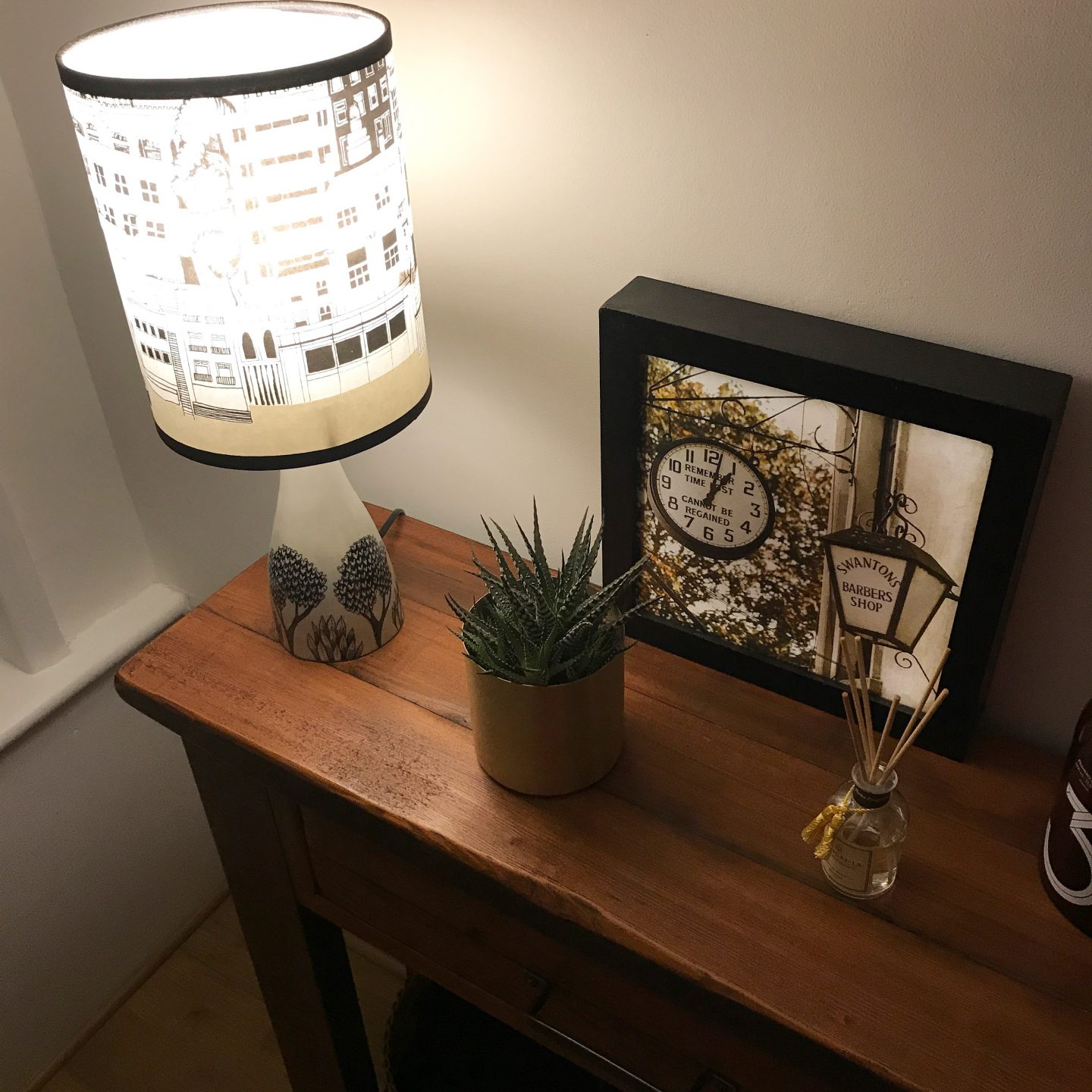 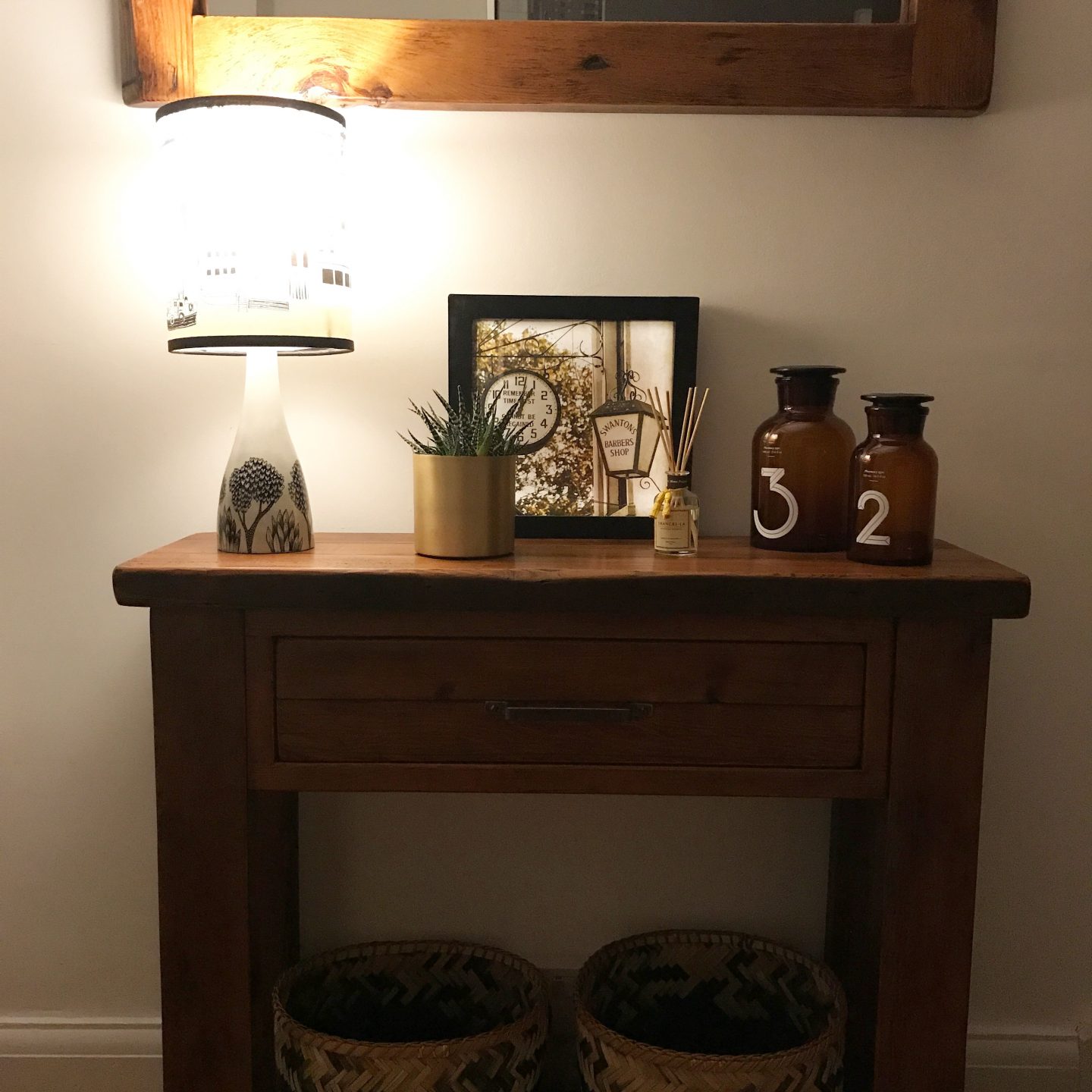