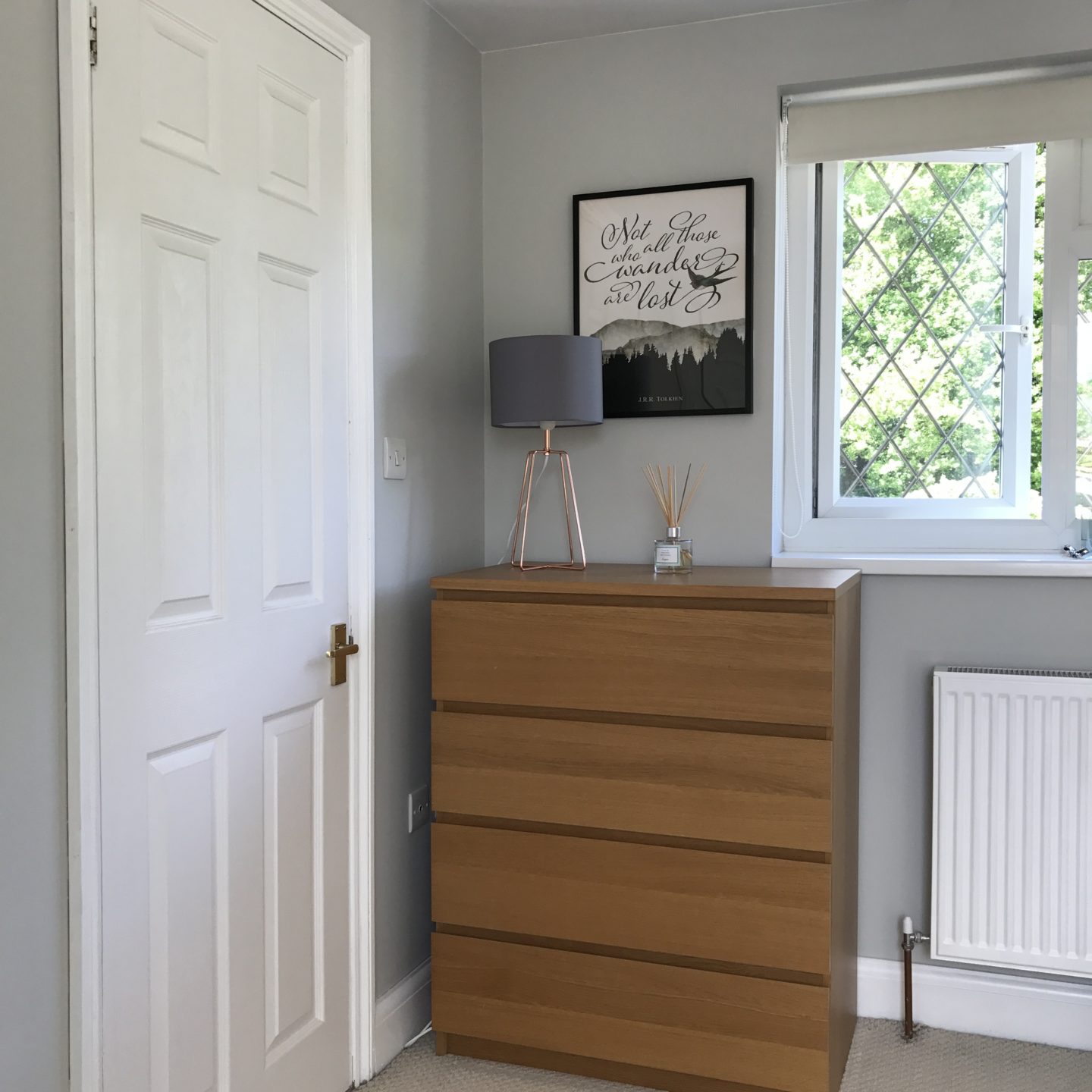 It’s now a few weeks since we completed most of our master bedroom update. There are still grander plans for this space. Right now though, it’s my favourite room in the house. The other day I sat in our Eames-imitation rocking chair under the eaves. Ipad in hand, I’m racing through Netflix’s ‘The Keepers’ (which if you haven’t watched, do!) and trying to get more R&R.

Easier said than done though. We’re night owls and morning larks, rarely asleep before midnight and awake at 5.30. It’s a way of life that works for us. That doesn’t mean it’s healthy. Pete’s so lucky that he sleeps soundly through the night, most of the time. I fall asleep quickly but toss and turn frequently.

I’m a big believer in taking time in the morning. There’s nothing worse for me than waking up late and having to rush to work so I always leave time for a shower, breakfast, pottering about and trying to start the day positively. The same can’t be said for nighttime though. I’m the classic phone addict, as though the world will stop turning if I can’t be online 24/7. It doesn’t make for a restful night.

We’re also restricted in the type of bed we can have since we only have under-eave space to position it. We joke a lot about our dual-sided electric blanket (yes, this is a real thing!) because he never uses his side but mine is on maximum at least 320 days a year. We ponder if we’ll head down the route of grandparents who end up in separate single beds (or worse, separate bedrooms?!) or maybe we’ll find ourselves sharing an adjustamatic bed – after all, we’re not too far away from middle age…!

For now though I’ll stop wishing the years away and focus on the final finishing touches for our room and maybe figuring out a nighttime routine that allows me to sleep properly and get some much-needed beauty sleep. 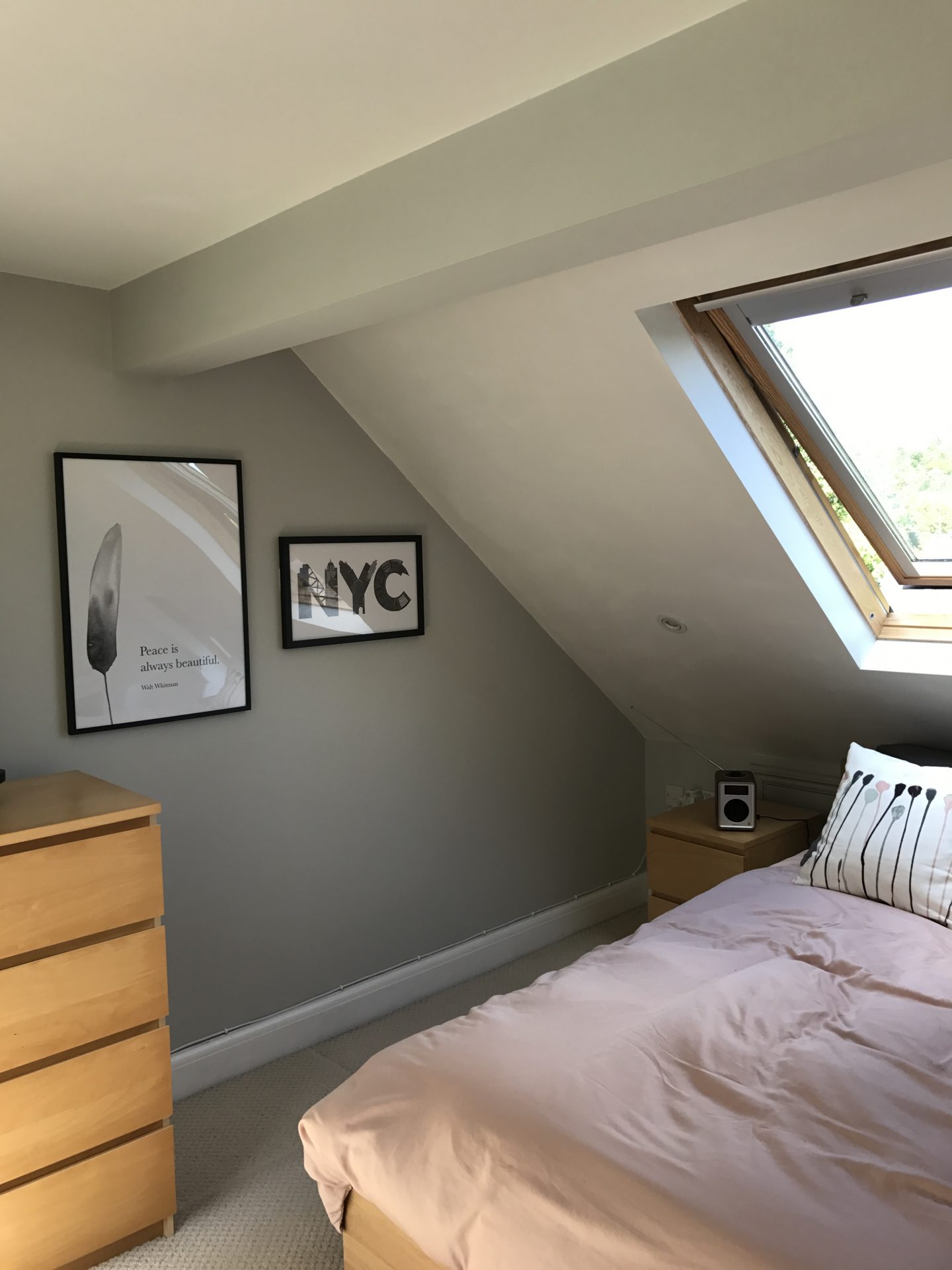