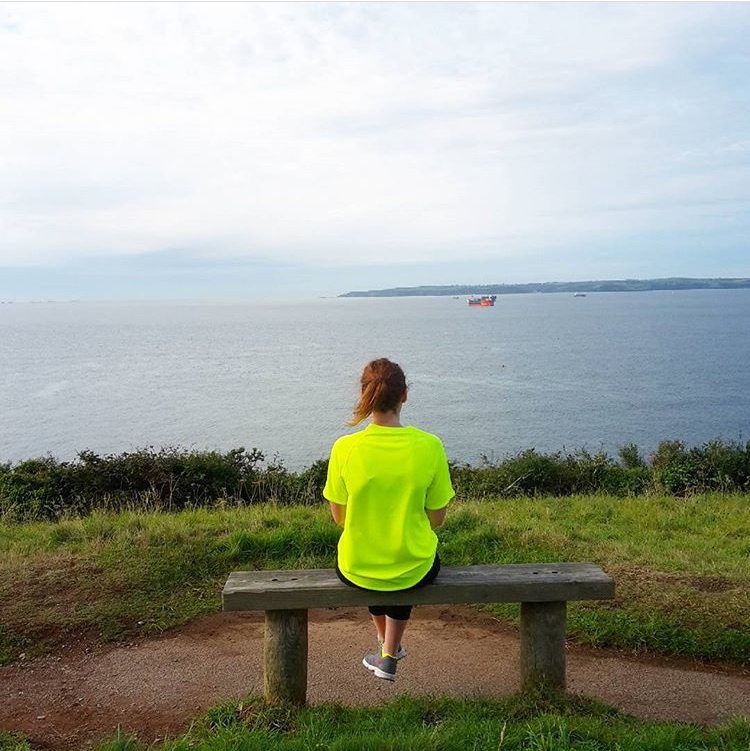 In just under two weeks, four of my colleagues and I will be running the Weybridge 10k. It kinda pales in comparison to our efforts when we ran the Richmond Half Marathon back in September last year but the most important thing is that we’re going to do it and we’ve made that commitment. When a group of us ran our first half marathon back in 2013, I thought that would be it – after all the training, surely now I was a bona fide converted runner and at least 3/4 times a week I’d easily continue pounding London’s streets.

Of course it doesn’t work like that and without the motivation of any kind of event, running all but came to a halt in the intervening years. It doesn’t come easily to me to naturally want to go off for a run. As long ago as it was, the bigger girl still stays inside me, the girl who didn’t want to leave her flat because she felt so uncomfortable. I can always think of a thousand things to be doing instead of exercise and my weekends and evenings feel too precious to spend at least an hour doing something for my health. Nuts, right? 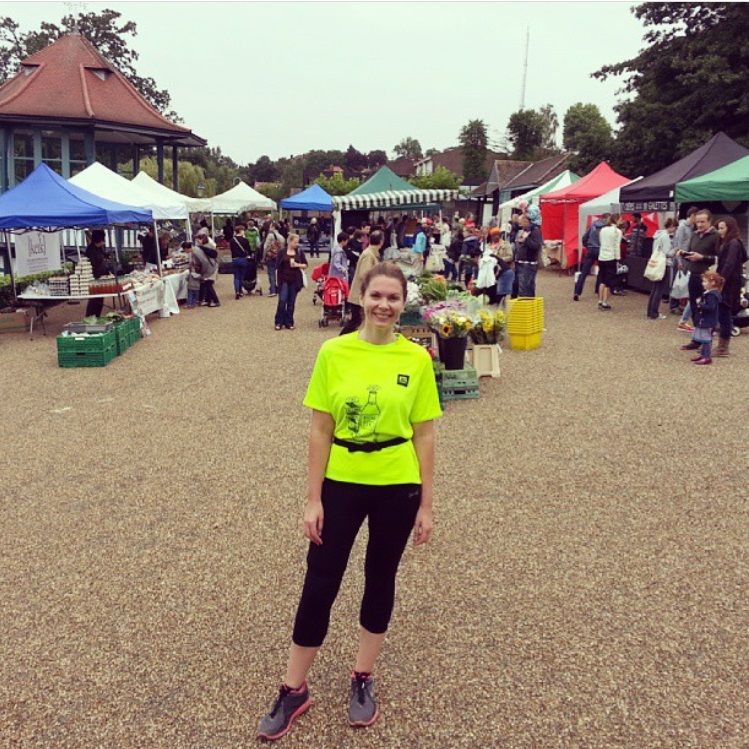 Running to our local farmers market back in 2013

Just recently though, it would seem that lunchbreak running is the answer to my prayers. My colleague took me on a fantastic route a few weeks ago where we left the office, headed straight for the river and then ran along under Tower Bridge, cutting out at Shad Thames and all the way along the river through Bermondsey before diverting through King Stairs Gardens and a lap of Southwark Park then back to the office. All in all the route is 8km, just under 5 miles.

That day felt GREAT. We were back at our desks after having done something productive and restorative with our lunch hours instead of sitting hunched over our laptops scoffing a bit to eat before carrying on with work. So I decided that I’d try to run three times a week, not necessarily doing the 8k each time, but just to get a breather. I found myself coming home in the evenings and feeling so energised instead of just slumping in front of the TV.

I did the full run on both Monday and Wednesday and absolutely loved it. Running solo doesn’t bother me when there’s such beautiful scenery for distraction and it’s such a good use of time. We have a little shower at work to freshen up afterwards and I’m hopeful that maybe for the first time I can finally turn running into a habit and not a chore. We’re off to Florida en masse with work in May and then it’s my and Pete’s 10th wedding anniversary in July so hopefully a tropical island retreat awaits – plenty of motivation to get myself in shape and focus on health and well-being in 2017.