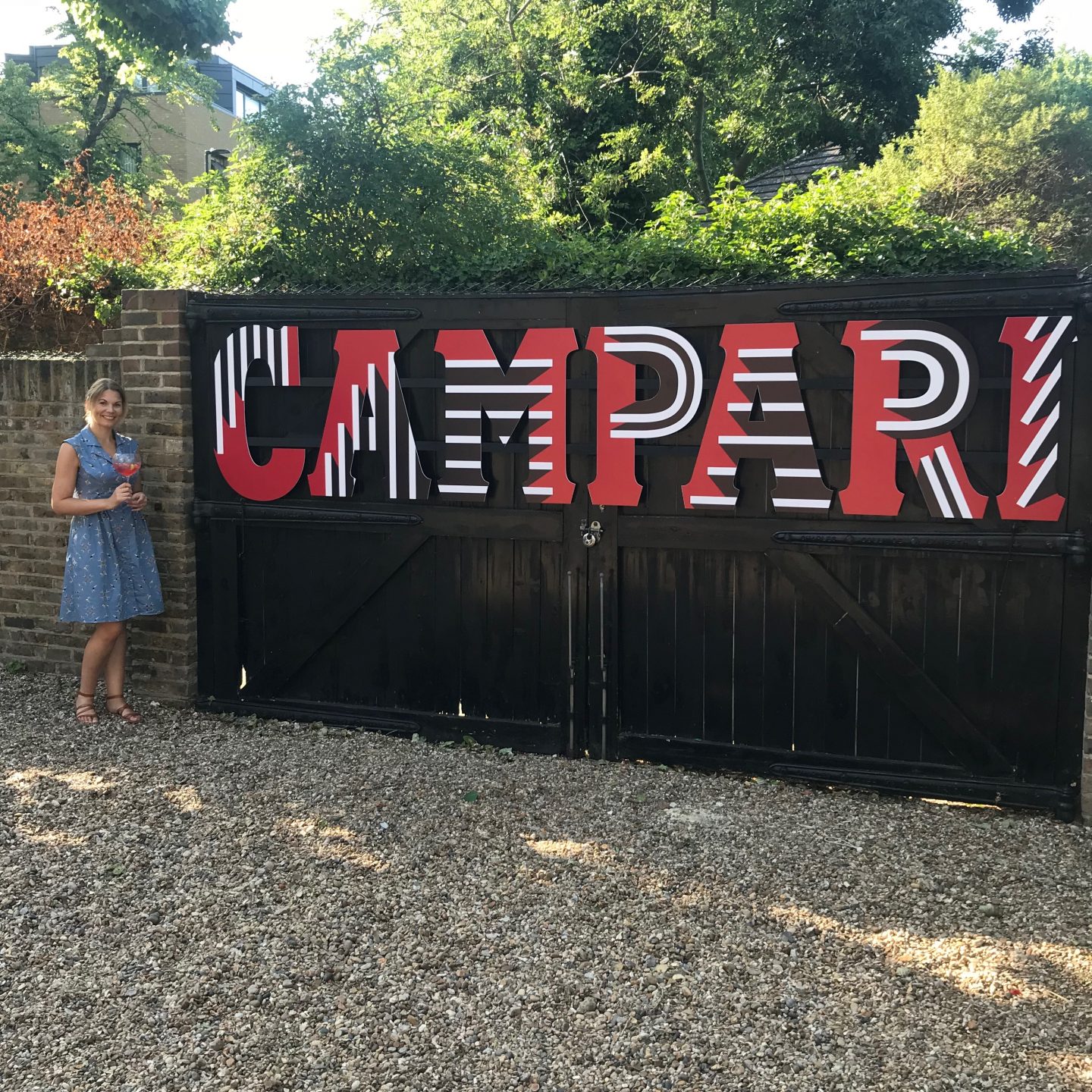 It’s 16 and a half years since I moved to London just before my 22nd birthday. I don’t know if I thought at the time I’d stay forever but all these years on and I still love the city just as much. There is always something new to discover, an untrodden path to go down. So it was that I found myself heading to the Estorick Collection, a beautiful gallery just round the corner from Highbury & Islington tube.

I have to say I’m not the biggest lover of art and it can often be lost on my uneducated self. That said, photography, history, advertising – I find all of them absolutely fascinating. So I had a feeling that when an invite came through to preview the new Campari exhibition housed at the Estorick Collection, it would be right up my street.

The gallery itself was formed during the 1950s but refurbished and opened to the public in 1998. The Collection is known international for its core of Futurist works, as well as figurative painting and sculpture from 1895 to the 1950s.

But let’s talk Campari, aside from the fact that it does make a rather tasty tipple. You may not think you know too much about their branding and advertising campaigns, yet chances are if you saw one of the iconic artwork it would be instantly recognisable. Campari was founded in 1860 and even then have followed a dynamic path. The two main gallery spaces at the Estorick Collection house Belle Epoque posters and original artwork for the revolutionary campaigns of the 1920s, which have come from the company’s extensive archives in Milan.

A brand ahead of its time, they looked to harness the power of the advertising poster, aiming to create a sophisticated brand profile. Campari worked with some of the most celebrated designers of the early 1900s, including Leonetto Cappiello, Marcello Dudovich, Adolf Hohenstein and Marcello Nizzoli.

It would really be the 20th century that cemented the brand’s cult status after they collaborated with the Futurist artist Fortunato Depero on ground-breaking campaigns. From the mid-1920s, his bold, witty and geometric designs modernised Campari’s look, creating an unmistakable visual identity. His designs were also the basis of the famous conical Campari Soda bottle, launched in 1932.

Despite the campaigns being almost 100 years old, somehow they remain entirely relevant. Ambling around, I could easily imagine the artwork finding a place in my period-yet-modern 1930s home. At the same time, it’s so easy to see the artwork as a vortex back to a time of high sophistication and glamour, as though Campari was the drink of choice for the Jazz Age. Perhaps it was?

It didn’t stop there though – living up to his reputation as a Futurist, Depero believed that the publicity poster would be the ‘painting of the future’ and this continued to inform Campari’s post-war commissions. These included elegant and vibrant designs epitomising the spirit of the ‘Swinging Sixties’.

If you have a couple of hours to spare, I thoroughly recommended popping along to this beautiful building and enjoying the exhibition, which runs until September,  followed by a proper Italian coffee in the pretty courtyard garden. Admission is £6.50 and the Estorick Collection is open every day except Mondays and Tuesdays. 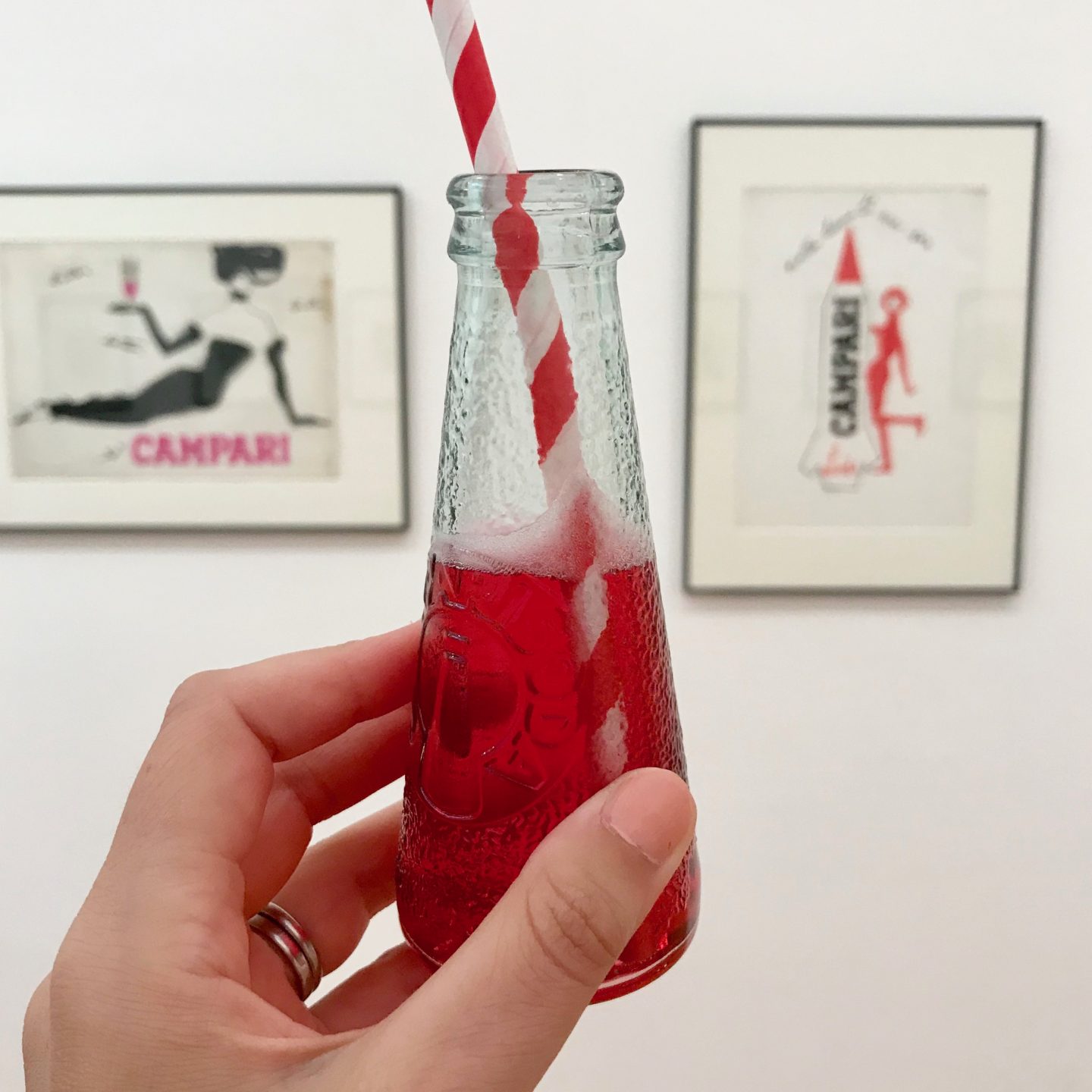 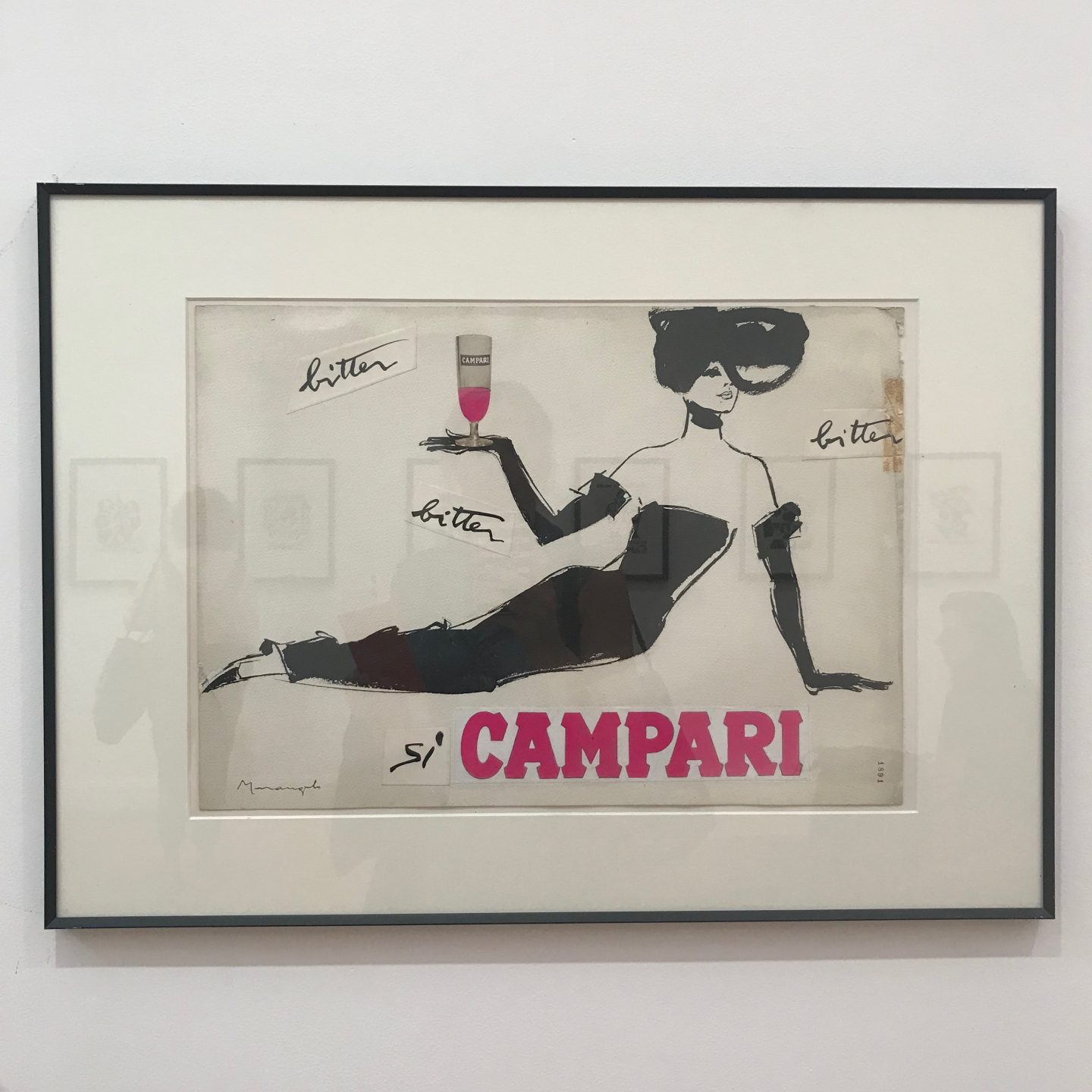 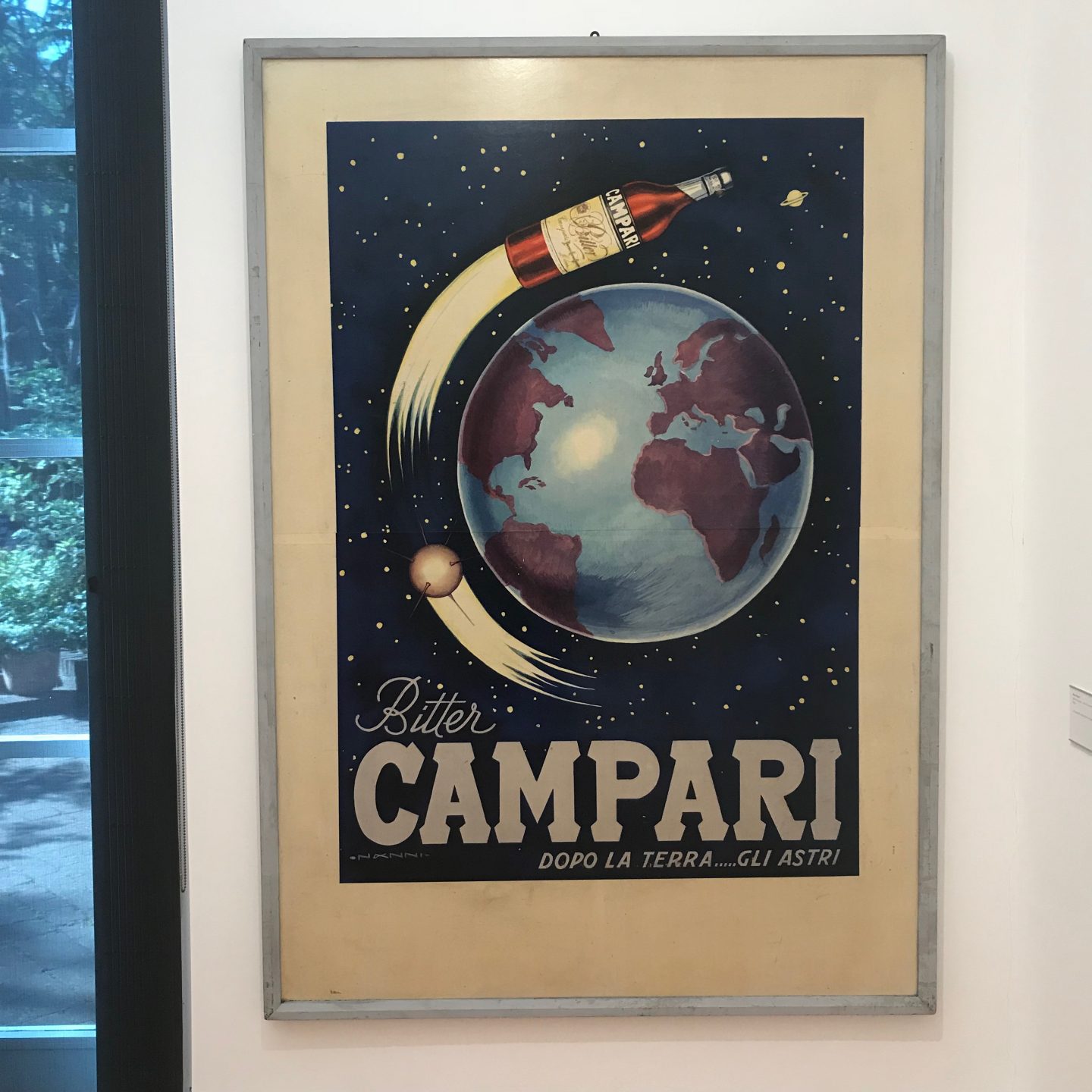 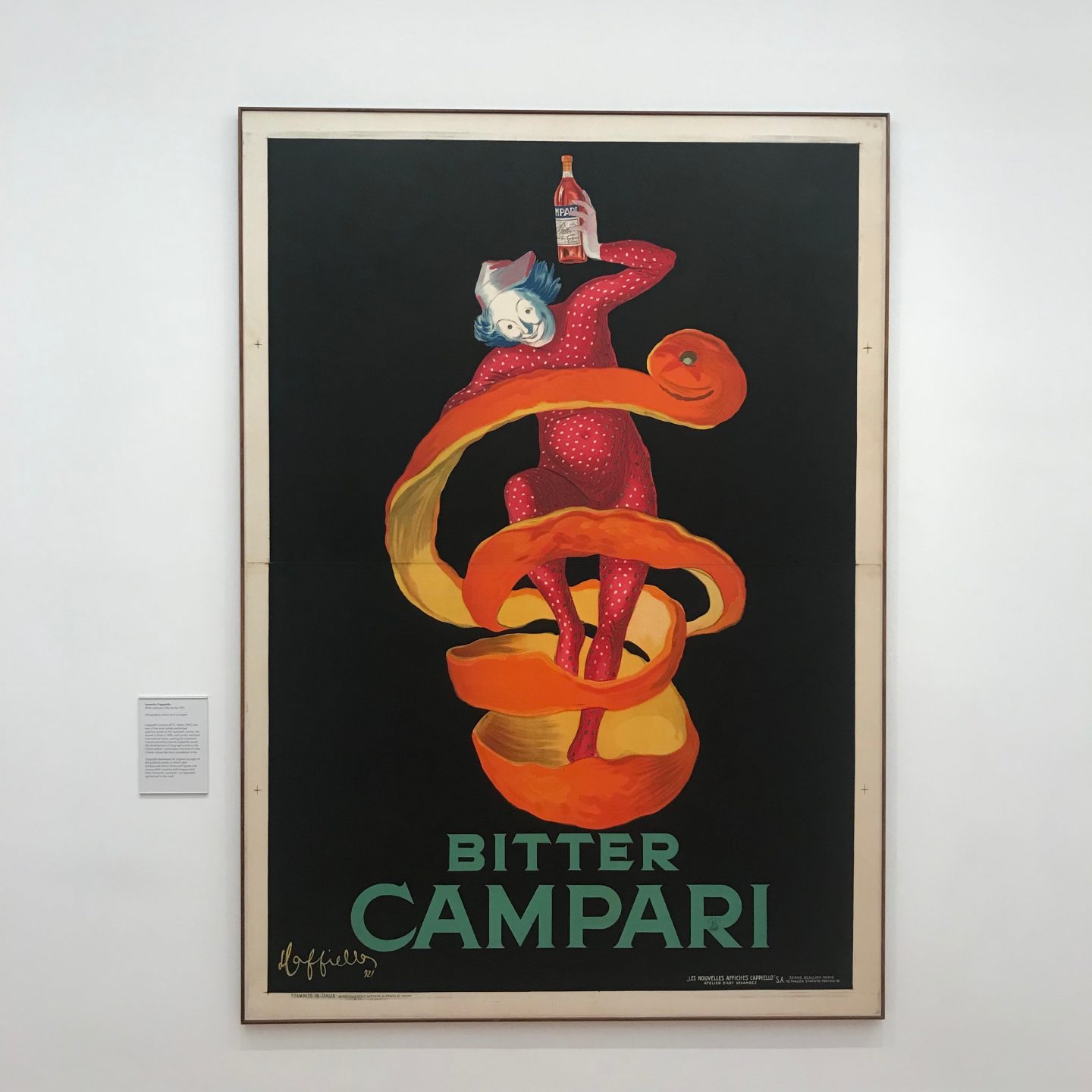 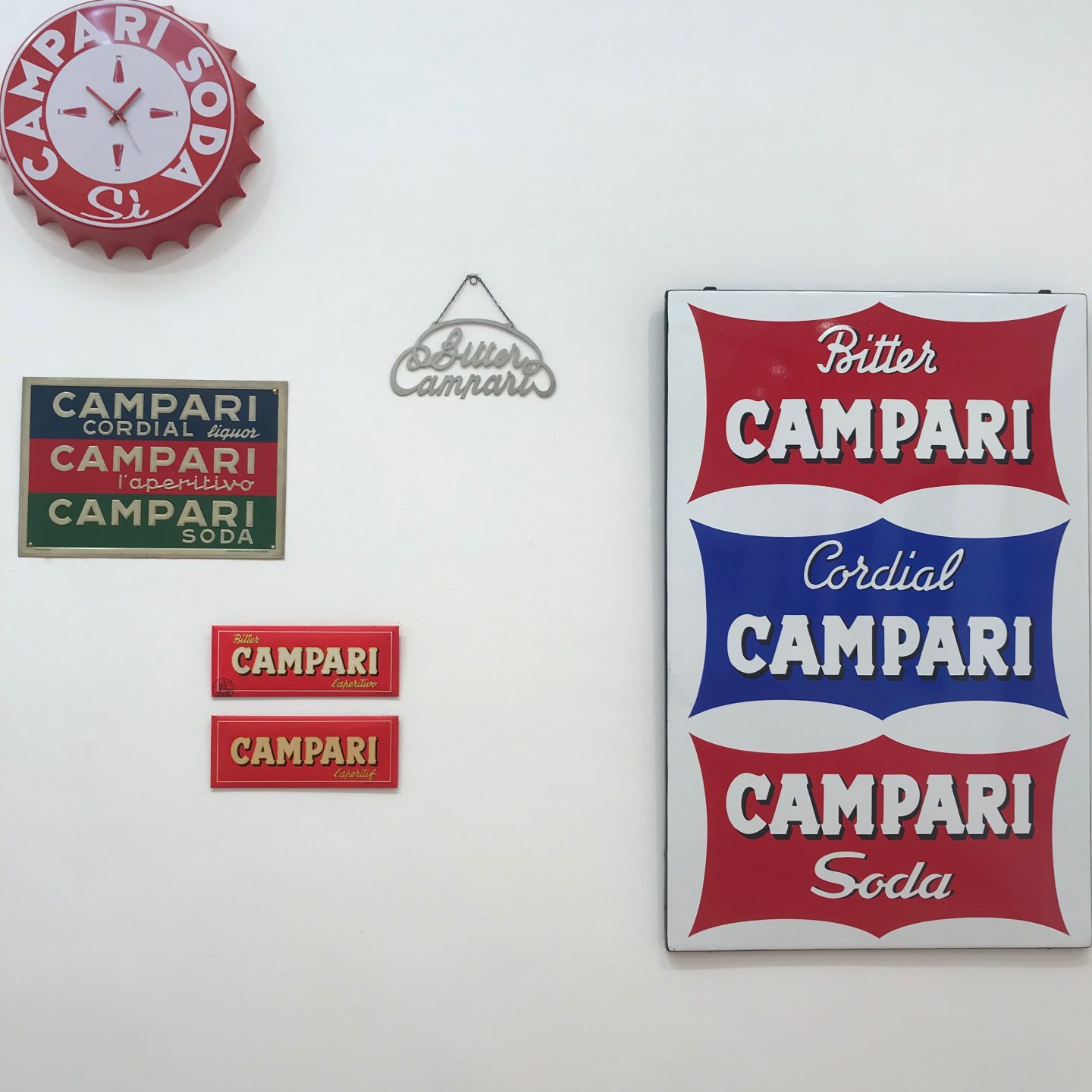 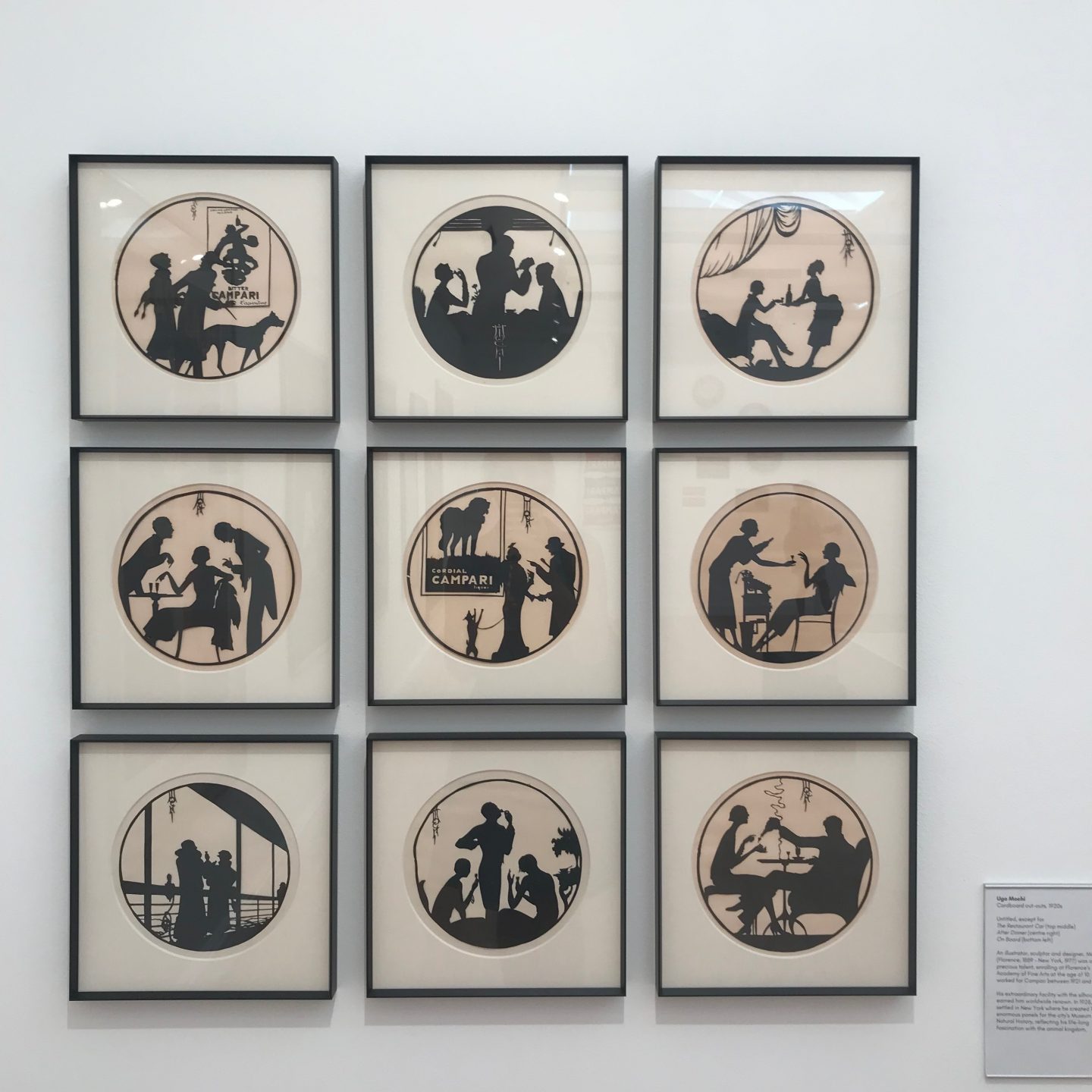 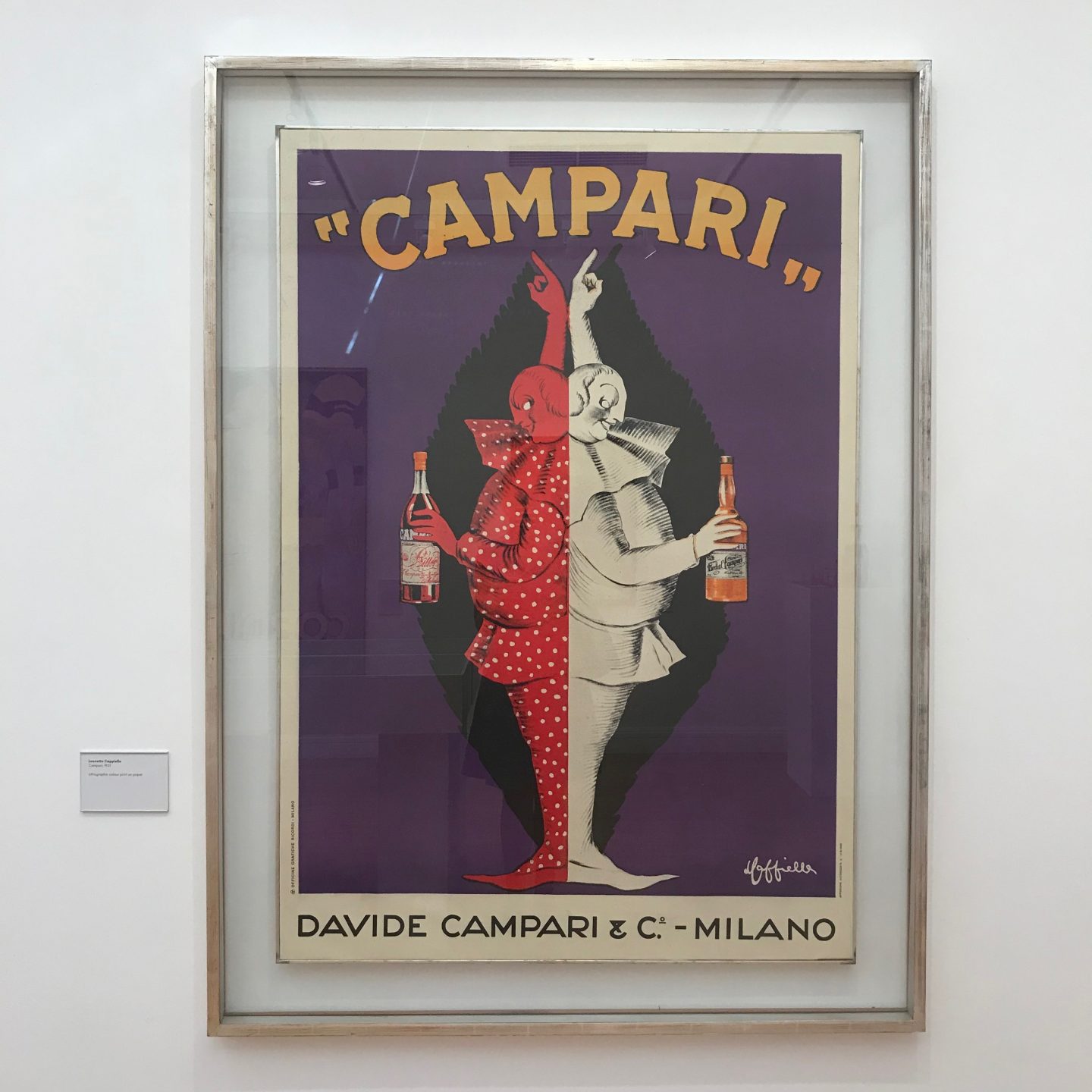 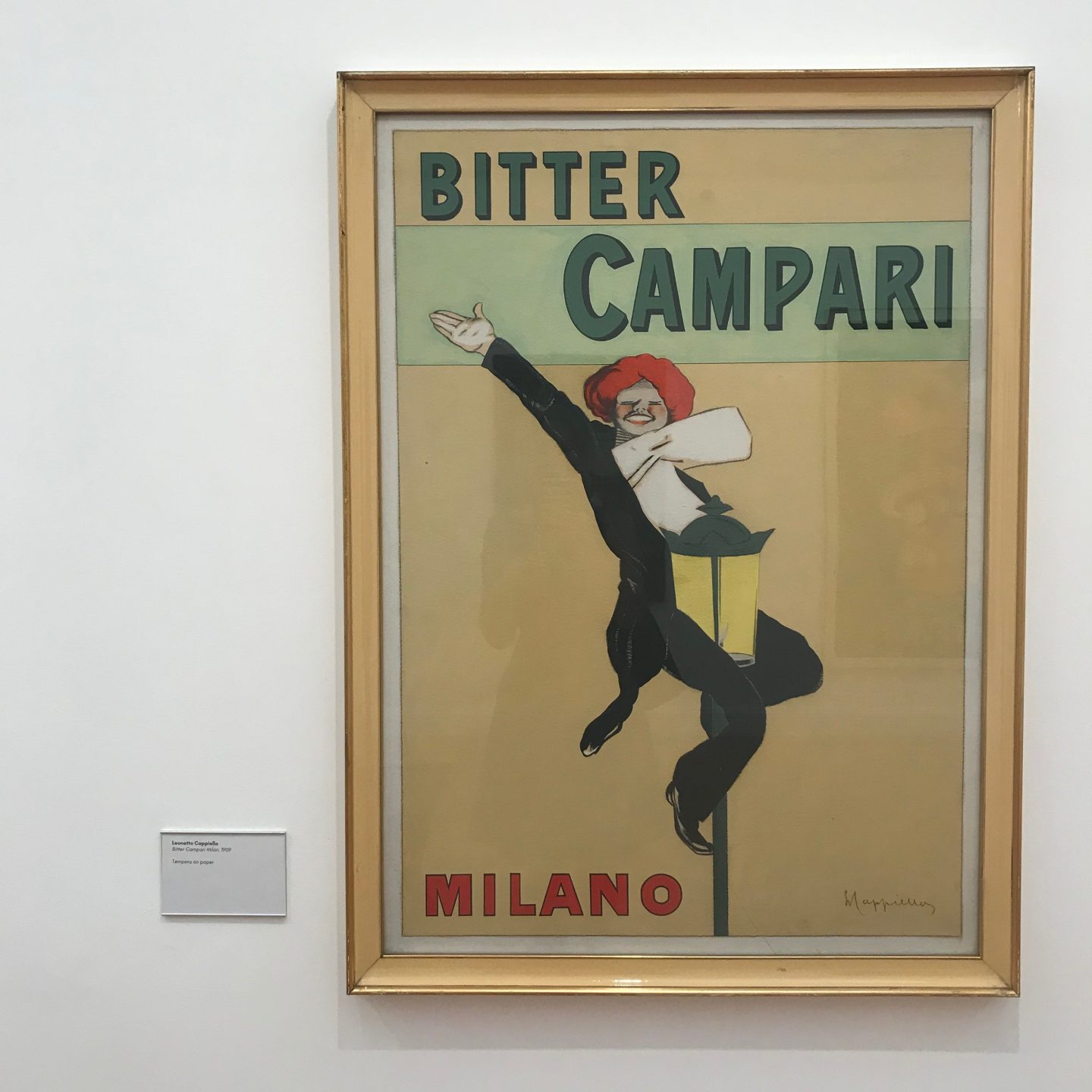 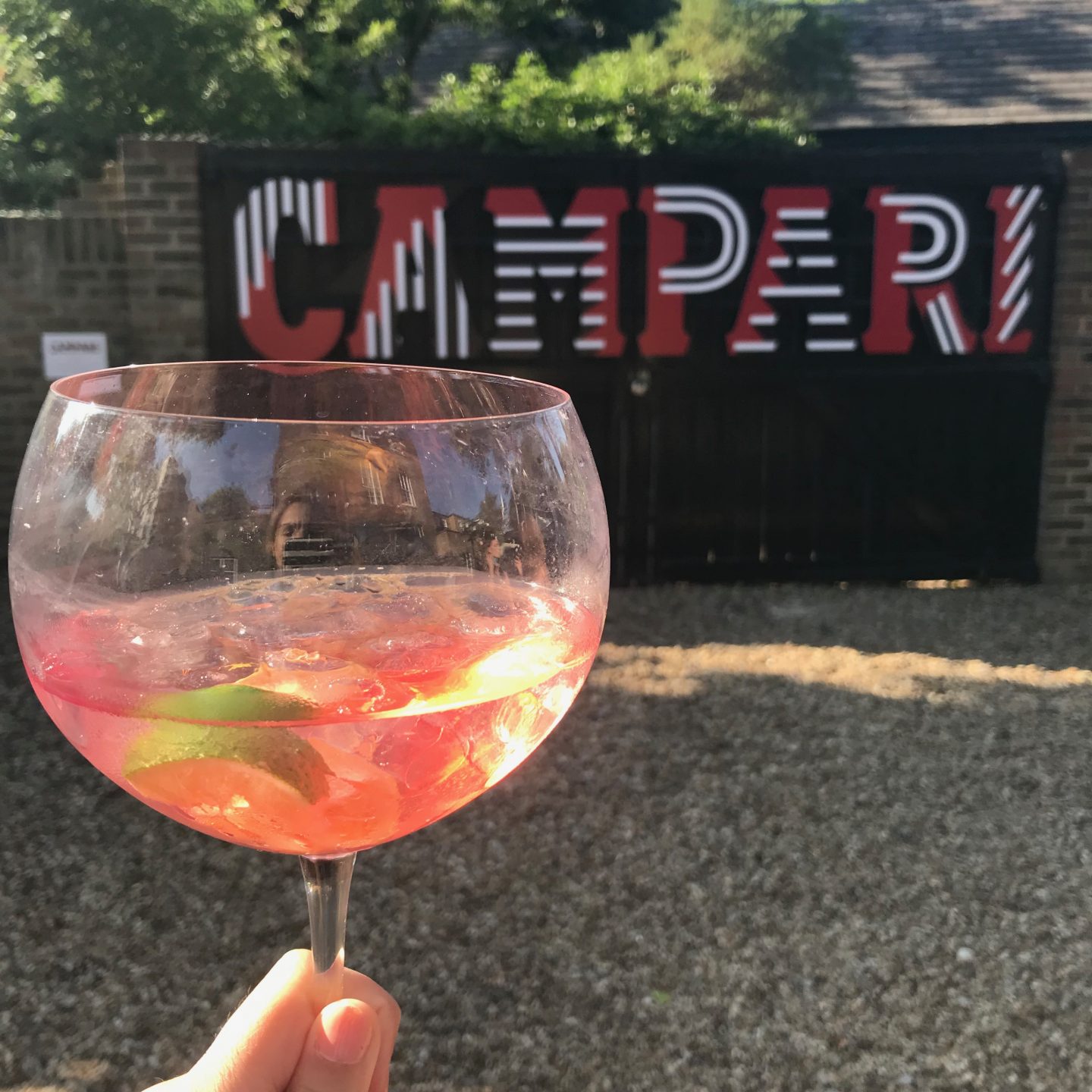 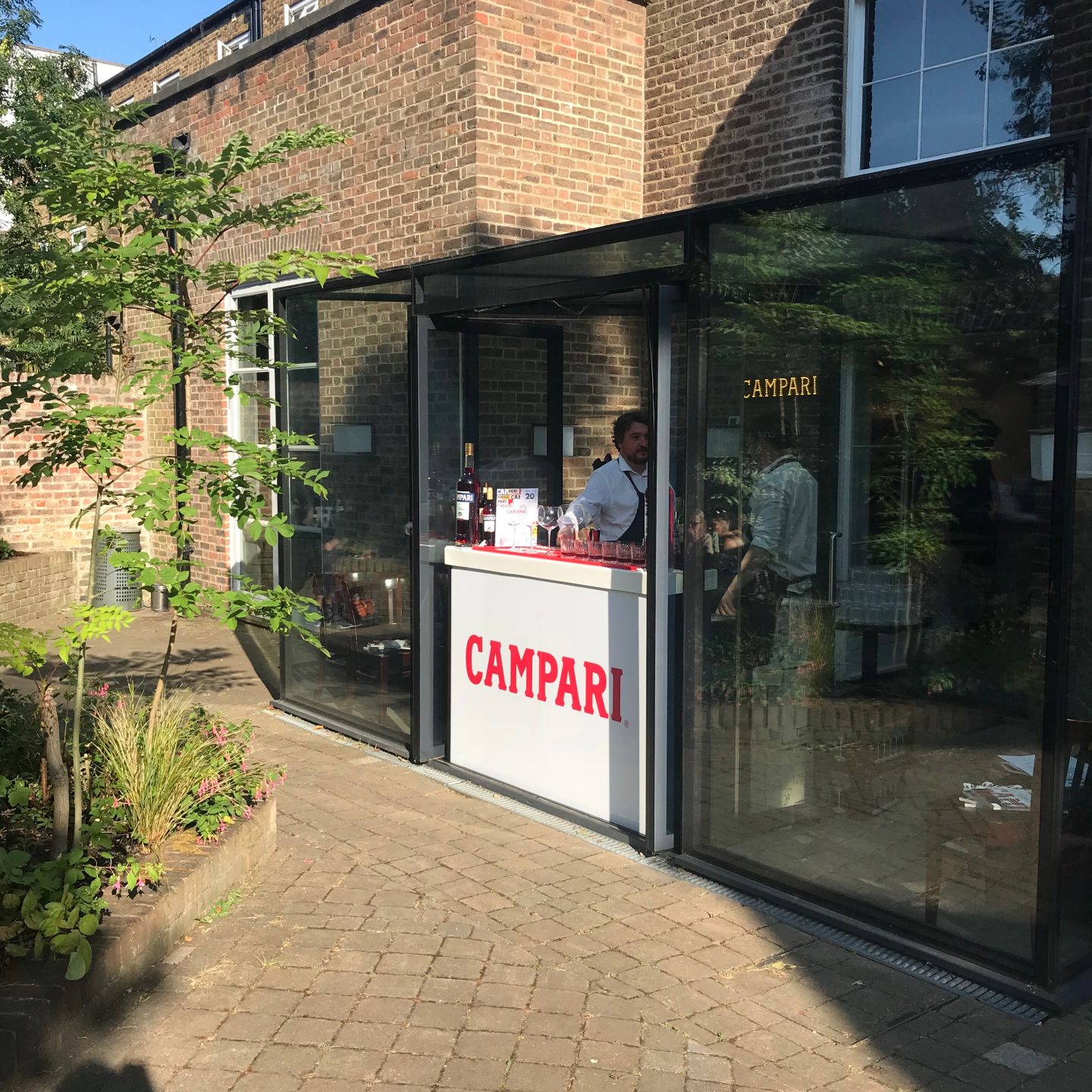