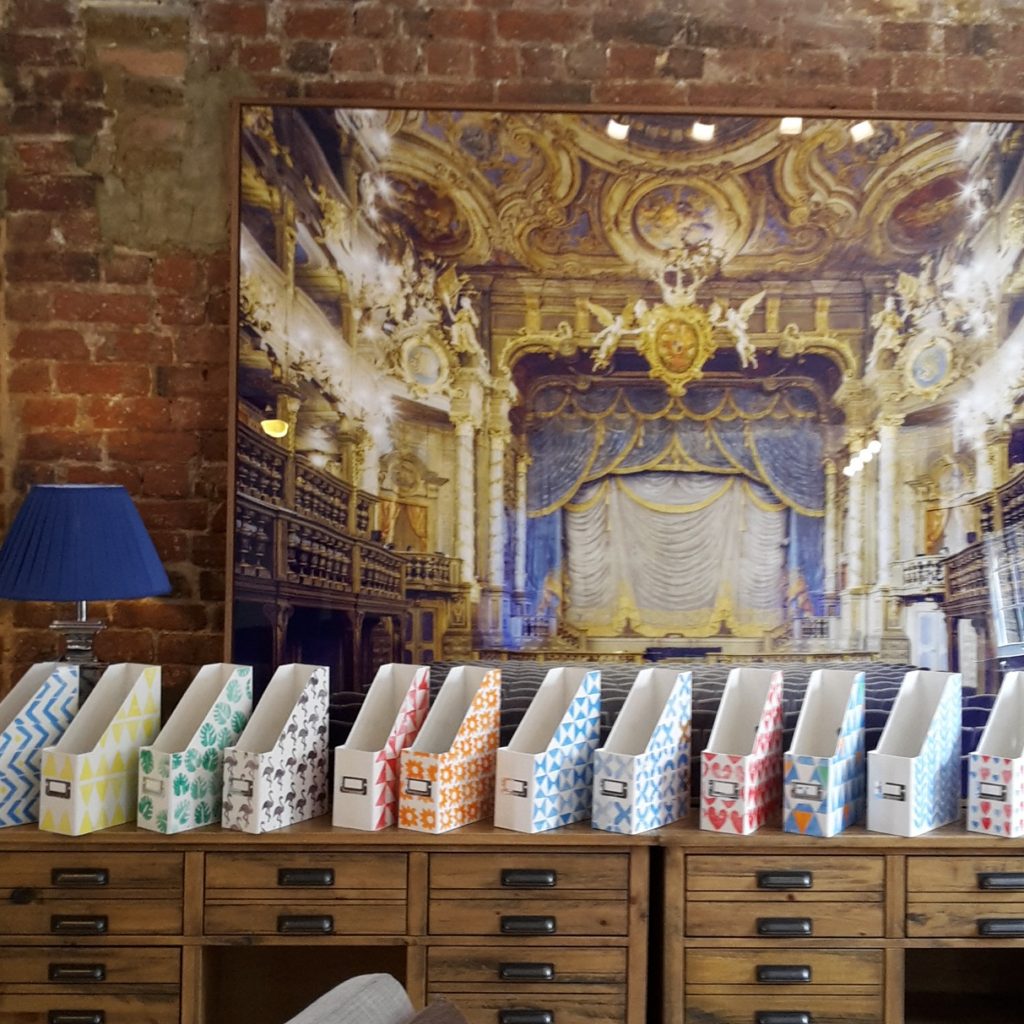 Now that’s a confusing blog post title isn’t it? Is it Vikings? Is it highbrow? Is it illumination? And the answer would be all of the above and none of the above meshed into one afternoon of crafty Saturday fun which I think everyone who attended was probably very much in need of and proved to be the perfect antidote to the national woe of late.

I’ve always thought I knew everything there was to know about the London Bridge area since our office moved there back in 2010 but it turns out that SE1 is a huge postcode and as I came out of London Bridge station and glanced at googlemaps on my phone, it turned out that it would be quite a walk to the venue Lumiere London and as I walked further and it got quieter and more residential, I started to wonder if I was heading the right way. 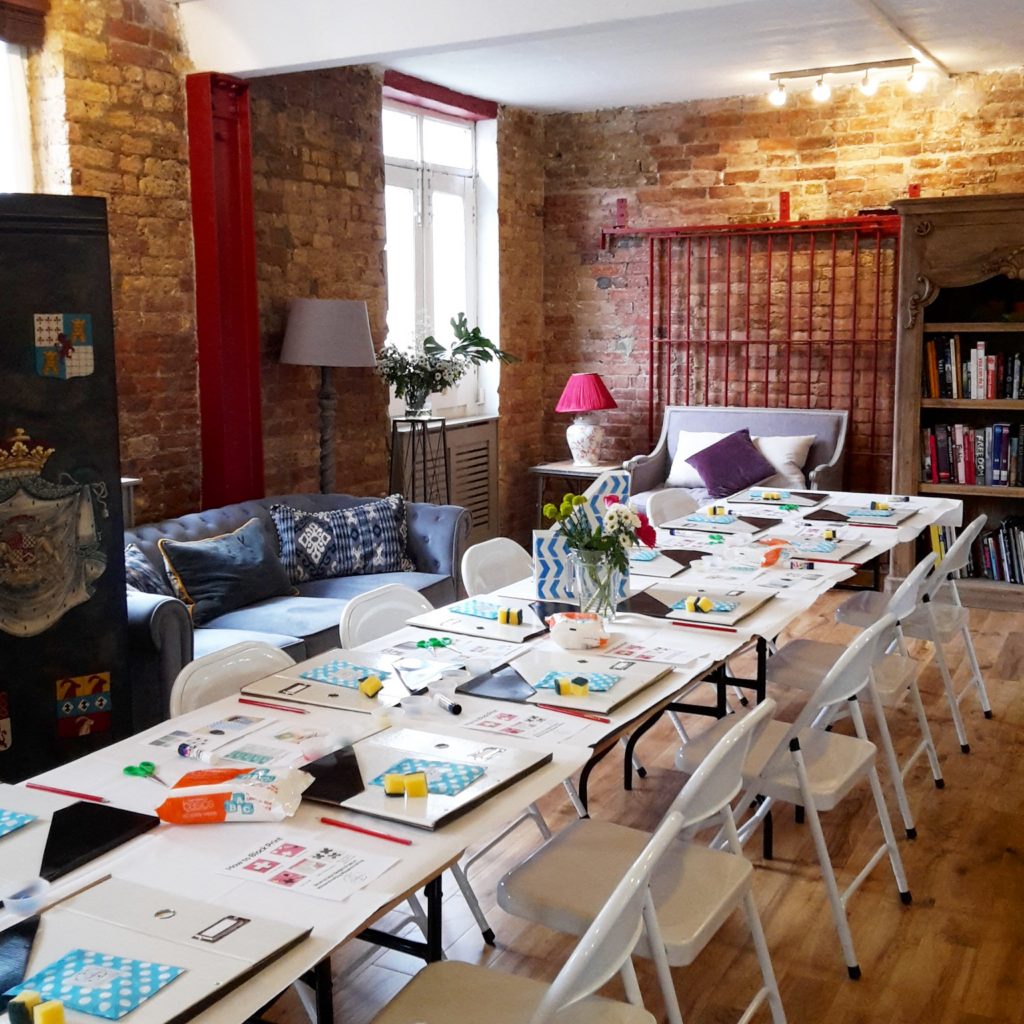 And then out of nowhere, a small doorway leading up some flights of stairs and into the most incredible galleried space with large windows, exposed brick walls and beautiful furniture and simply from the decor alone I knew it would be a fun afternoon. Our hosts were stationery company Viking Direct who had arranged for us to have a go at three different crafts across the afternoon: modern calligraphy, block printing and mindful origami. 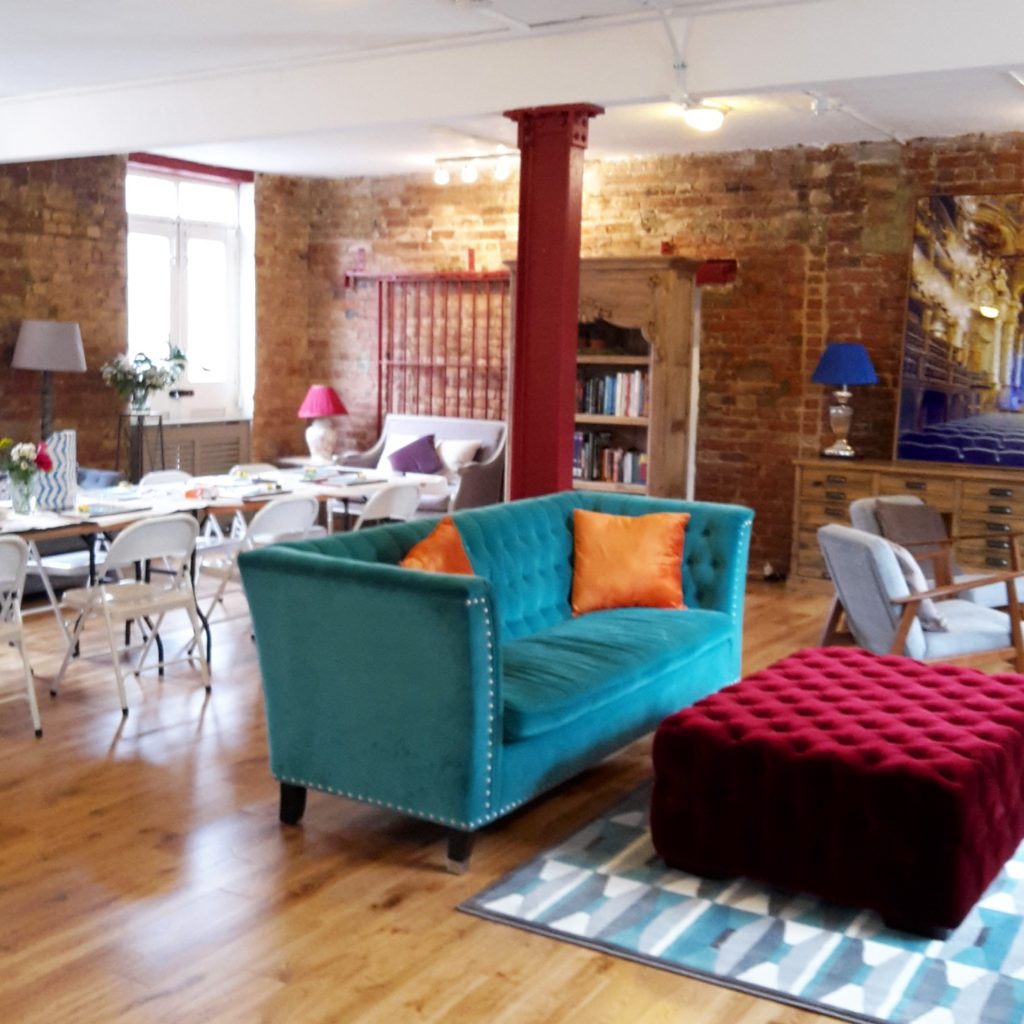 We were separated into three groups and my first session was the block printing which is something I’ve never tried before but had so much fun with. Our teacher was Jane from Tea & Crafting (cutest company name ever) who ran through with us how to cut a shape out of sponge, glue it onto an acryllic backing and then stamp it on to a flat-packed box file. It was clear at that point who the true creatives were as my imagination only went as far as cutting out a triangle and stamping it in a yellow bunting-like fashion all over my file but there were flamingos, dogs, Orla Kiely-esque patterns – you name it, the truly arty were out in force. 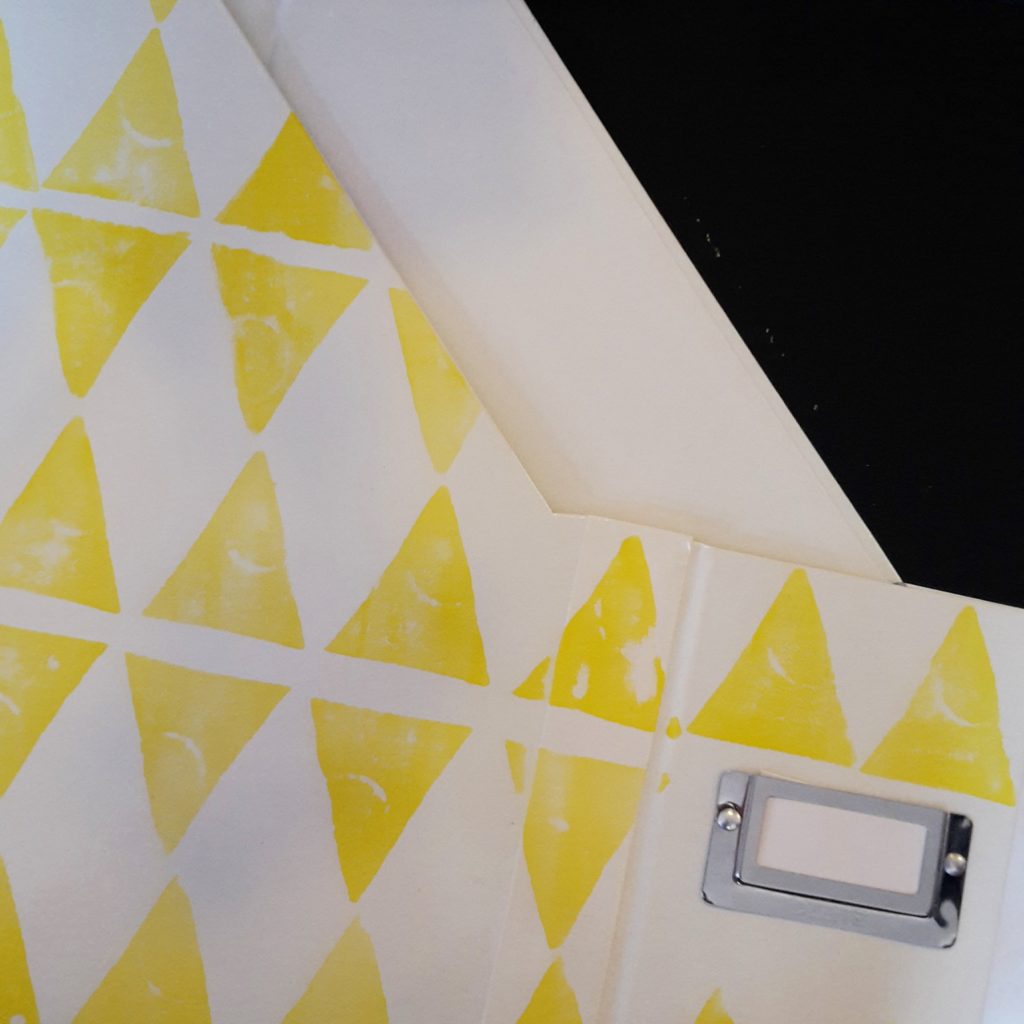 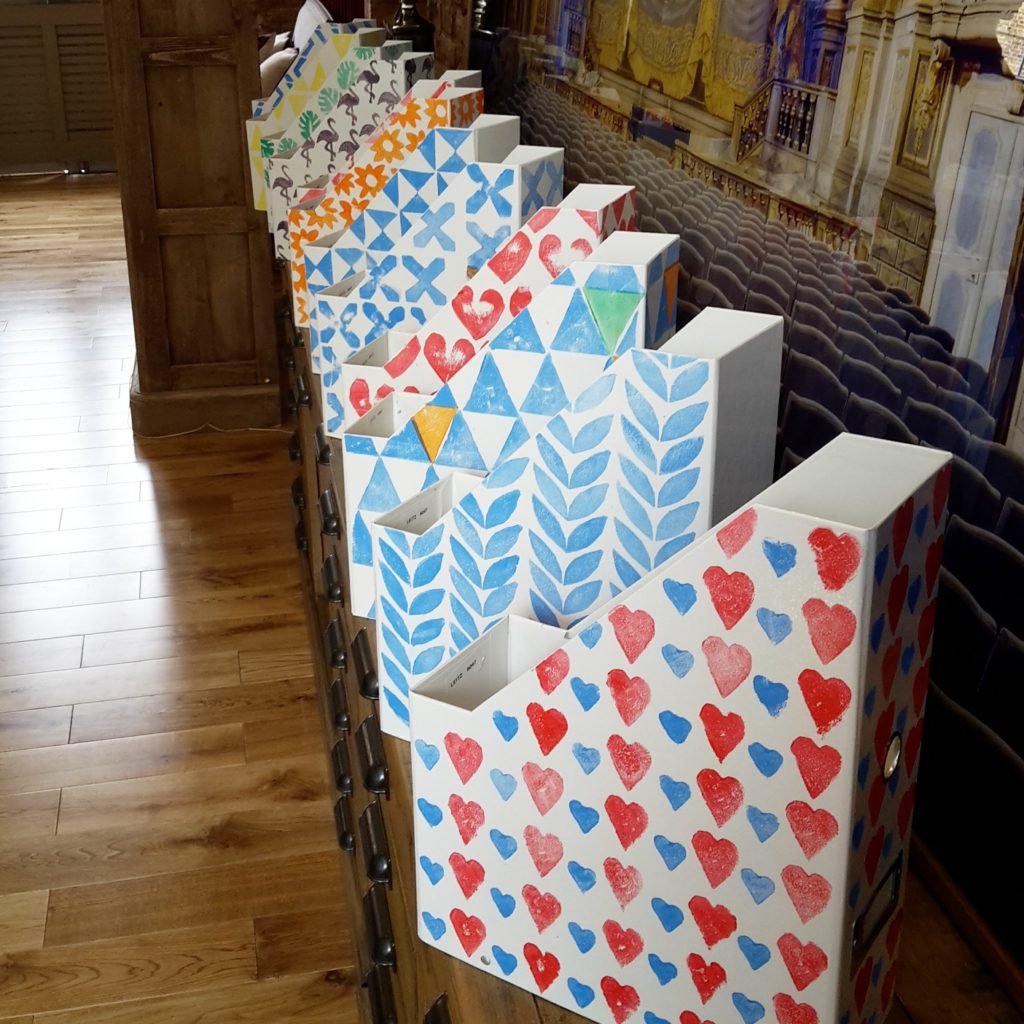 I loved block-stamping though, it suited me since I’m far from a perfectionist when it comes to crafting (only with the house) and it felt great to really bang out some prints and not have to worry about being too precise. It’s something I’d perhaps like to incorporate into the home, just need to figure out how/where. I’m sure Pinterest will be my friend.

Next up it was the turn of modern Calligraphy, led by Suzie from A L’aise where we were given some lined sheets of paper to practise letters of the alphabet. The guide lines were split into three sections to represent where our standard letters (o, e, c, s) should lie as well as letters with tops (b, d, f) and those with bottoms (g, p, y) and also slanted since although it’s best to hold the hand and pen straight to get the required thickness of strokes, ultimately the letters should still be slanted overall to give the desired effect. We also got to use iron gall ink, which is the oldest form of ink – little facts like that really excite me. 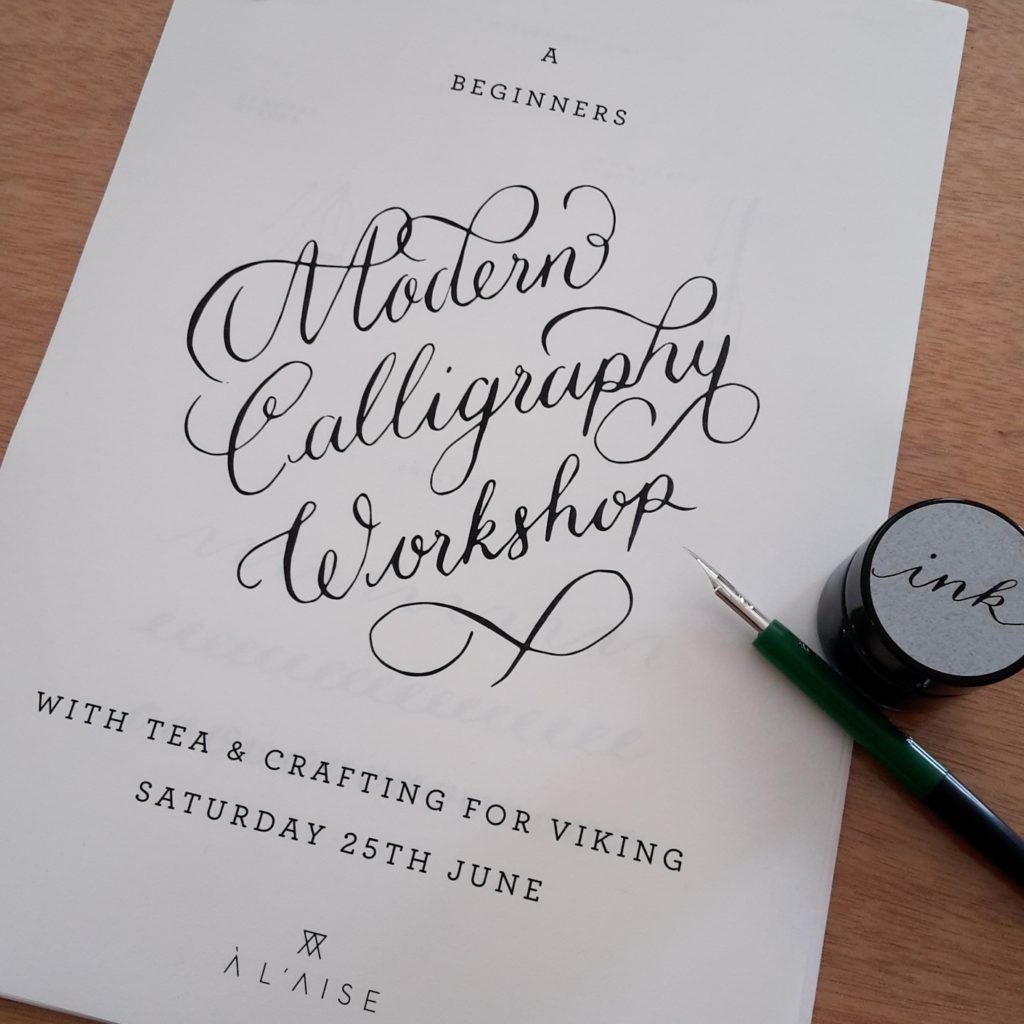 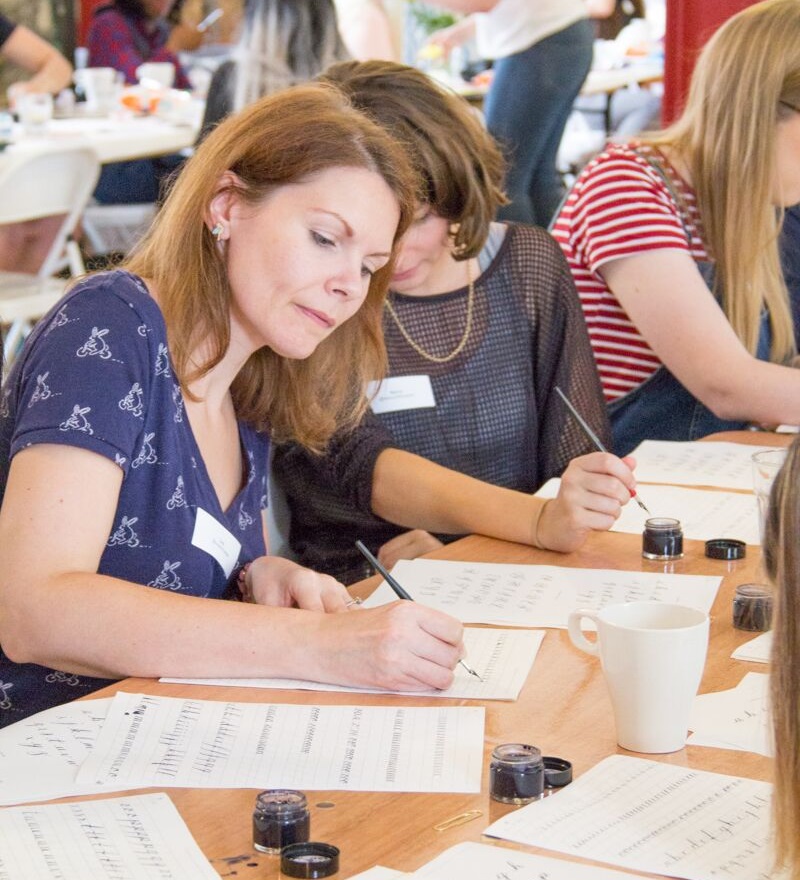 Now I have to say that calligraphy did not come naturally to me and no matter how hard I tried to hold that pen straight it kept going over at an angle which meant I found it very hard to get the right strokes. However the more I did the more familiar the process became and whilst I’ll never be natural there definitely seemed to be room for improvement. As with all of these things, it would be most important to find a good technique because that’s more than half the battle. 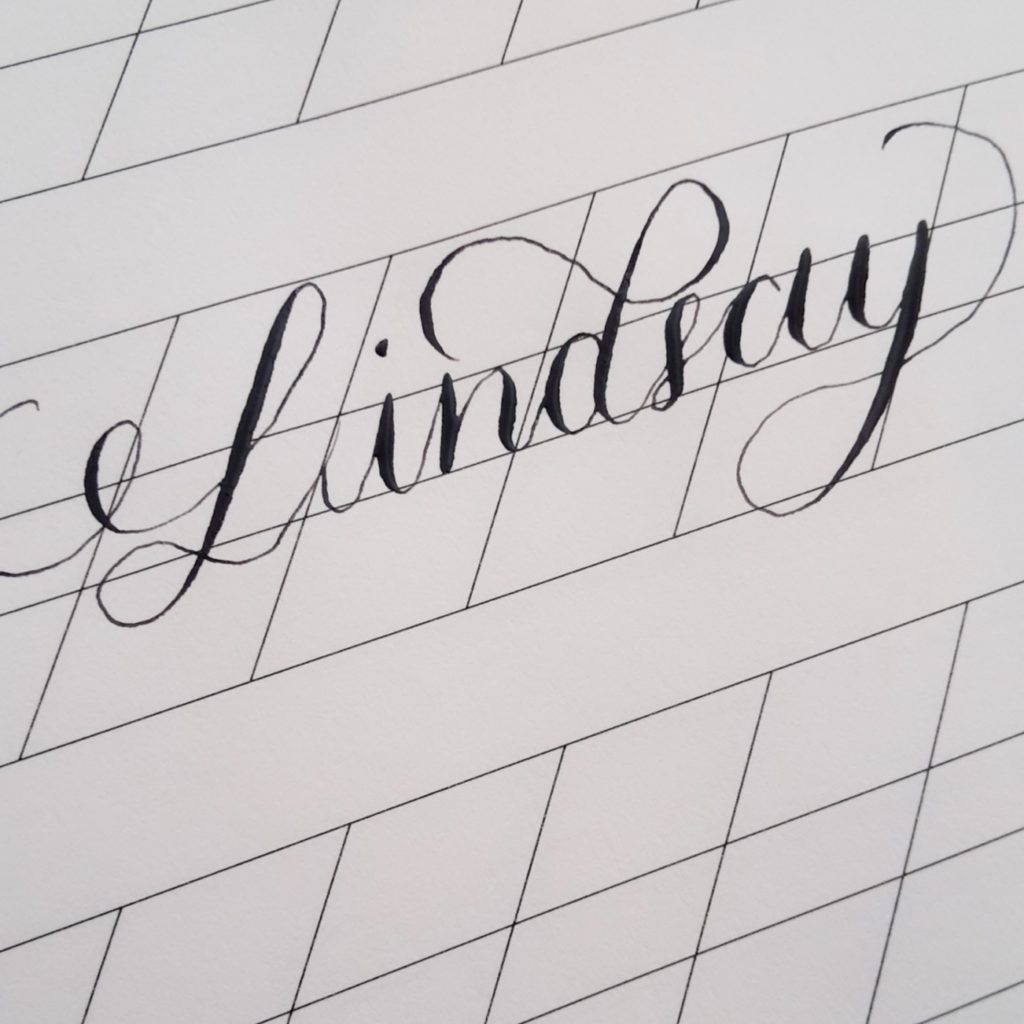 Finally, it was an opportunity to try origami led by Samuel Tsang who explained to us how the art of origami can also be a midfulness (or mindFOLDness) activity similar to colouring. I have a few of the adult colouring books and was the biggest cynic to begin with yet within 5 minutes I’d forgotten about everything else that was on my mind and was just concentrating on colouring. The same can be achieved with origami.

Firstly we folded an envelope out of a piece of paper – the lines that we should fold were already marked out on the paper but it’s entirely possible to get it wrong and also to understand the balance of getting it close enough so that the end result can be achieved but not to be such a perfectionist about it that it ends up becoming a stressful activity. Samuel explained to us as we went that any activity can be done with mindfulness and actually should be – even basic chores like cleaning or hanging out the washing. Because if we take time to stop and appreciate that small in the moment thing, we stop constantly thinking about the next, the next, the next. 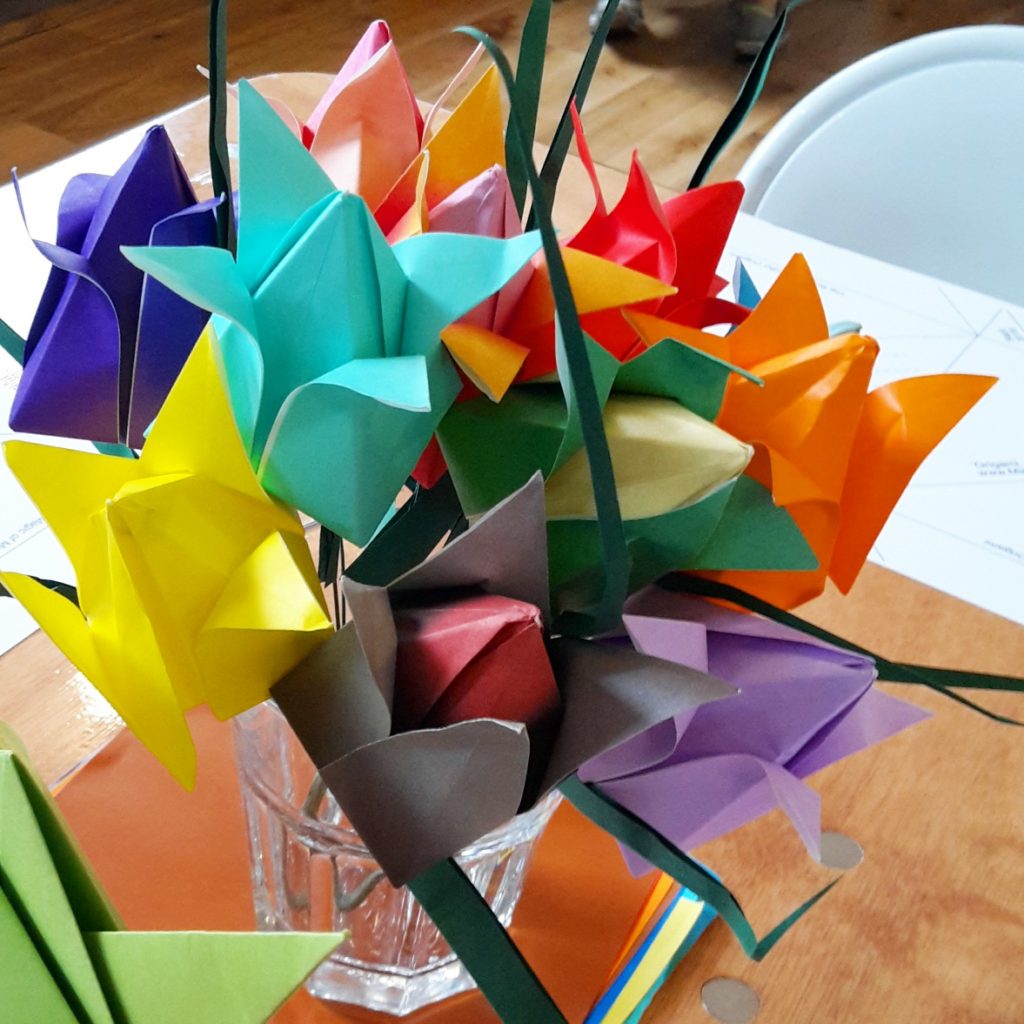 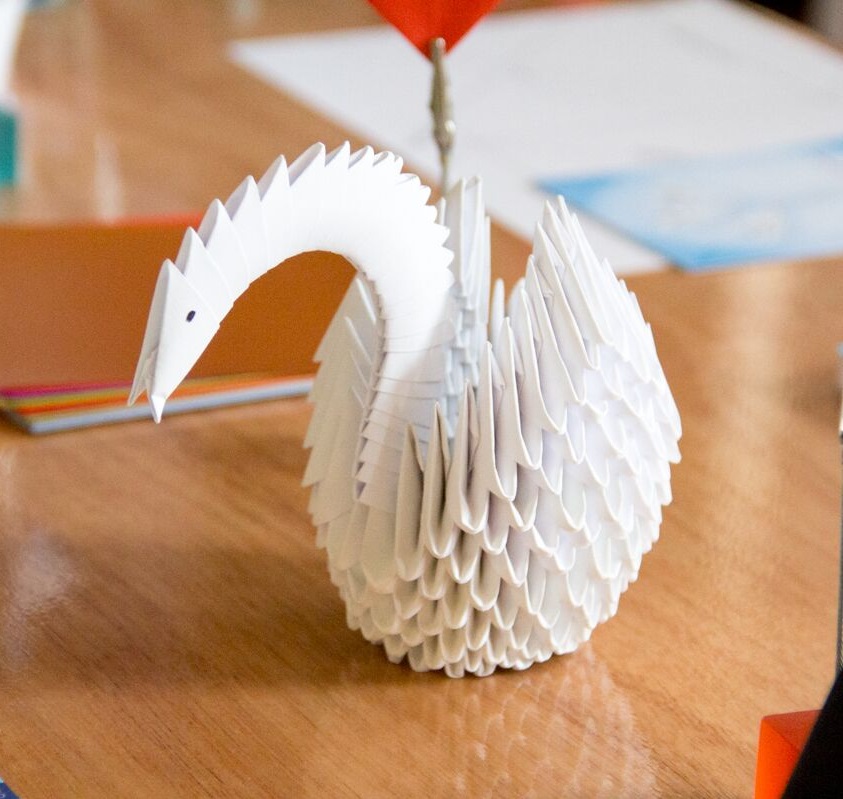 Following on from the envelope, we then used a coloured square of paper to fold a crane, probably one of the most iconic origami structures. The lines were not marked out this time but Samuel explained which folds to make as we bent the paper this way and that and our birds started to take shape. By the end, we were able to flap the wings up and down using the tail almost like a rudder and he identified the joy on all our faces at having achieved this small accomplishment as being a joy similar to the one children experience. 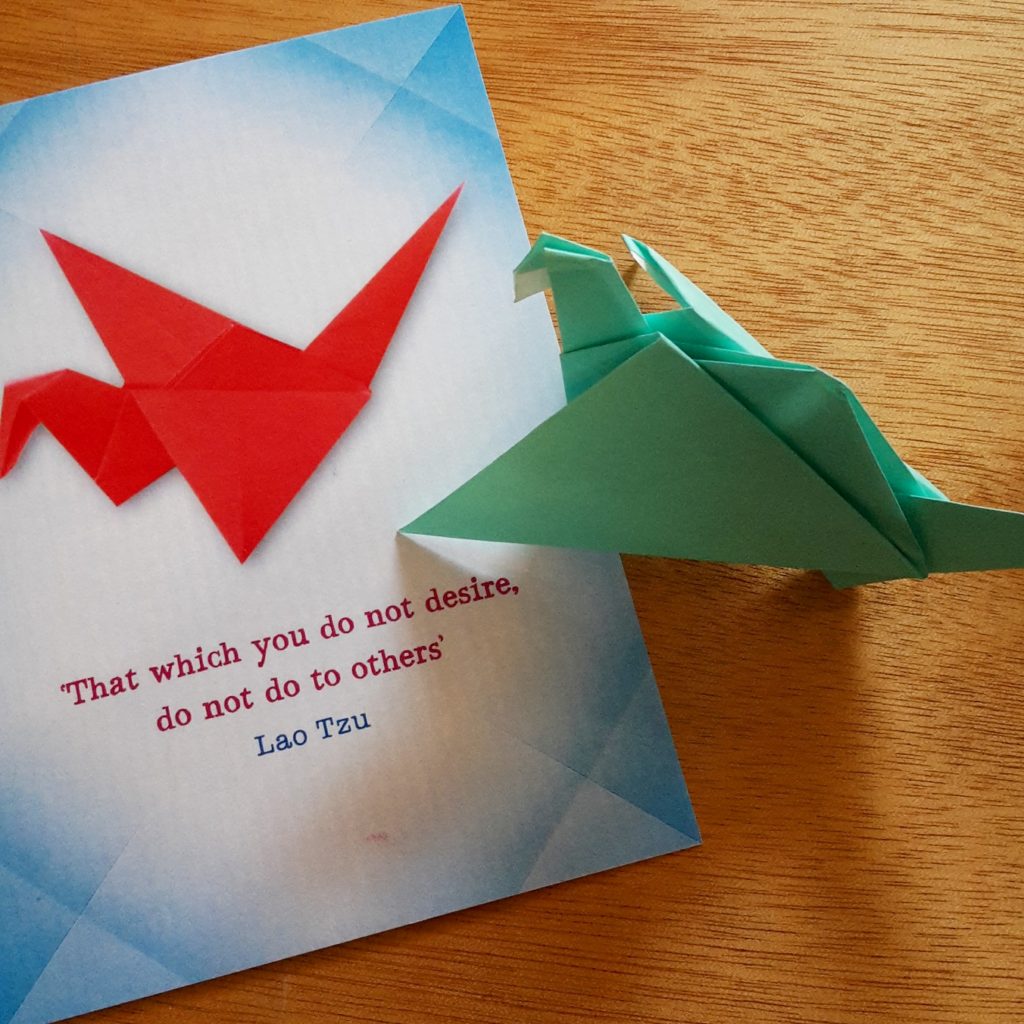 And then it was time to make our way home, out into a thundery London with downpours waiting, yet the colour and fun of this perfect crafty afternoon stayed with me.

Thank you so much to Viking Direct for inviting me to this event. All words, opinions and images are my own unless otherwise stated.