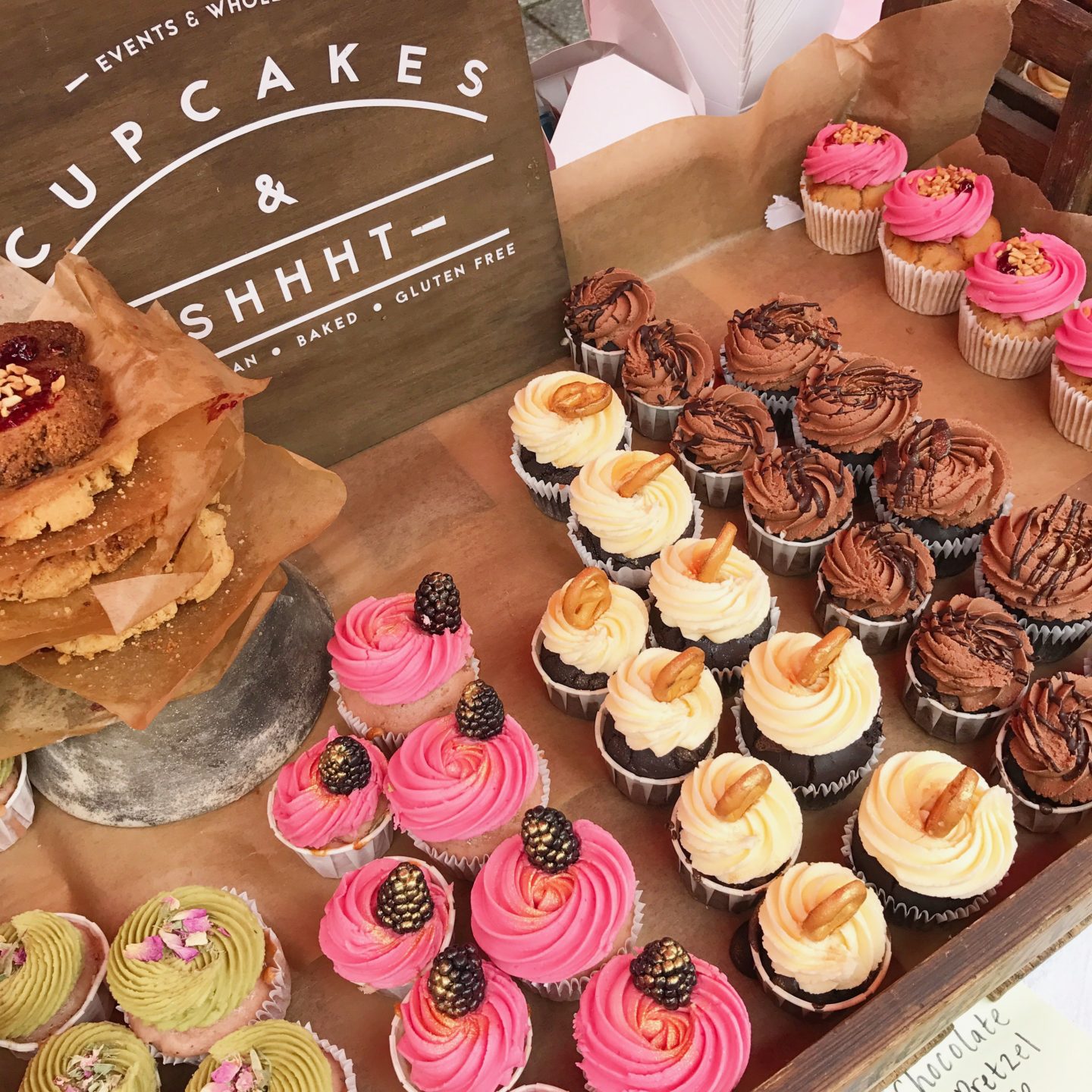 It’s been a few weeks now since I decided on a whim to embark on a vegan lifestyle. Coupled with being gluten-free following an intolerance diagnosis after months of being ill, it means that eating out, or even eating anything, takes a bit more thought than it used to. No more just grabbing a sandwich on the go, or even a salad – you’d be amazed what ingredients show up where they have no right to be!

I can’t say I haven’t slipped up, it’s not so important to me that I want friends bending over backwards to accommodate my choices or not being able to head out with my workmates for lunch so it’s best effort and 98% of the time I’m all over it. Some of the most delicious food I’ve ever eaten has been since turning over this new leaf and it’s a learning curve bit by bit. It’s truly amazing just how much there is on offer for gluten-free vegans but it’s also very frustrating that so much vegan food has wheat in it or all the gluten-free bread has dried egg powder. Why?

To try and find some support on this new mission of mine I set up a separate Instagram account to follow fellow weirdo foodies. Oh. My. Goodness. There are some seriously talented people out there doing amazing things with food including something called Jackfruit which apparently looks and tastes exactly like pork. So much so that the South African husband of my workmate was convinced he was eating meat when served with Jackfruit whilst on holiday. And considering most South Africans self-confessedly bleed meat, if he was duped then it must be good.

When I found out the Gluten Free Street Food Festival was heading to East London which is much easier for us to get to than when we previously visited in Camden, it was a must-visit for me. We decided to bring Maddie with us for a little adventure and made the short train and DLR journey to Limehouse for an early lunch and what a treat! Admittedly not everything was vegan and I knew it wouldn’t be but that suited us perfectly. Pete and of course Maddie eat meat so they shared a freshly made sausage flatbread (well, Pete ate the flatbread and Maddie ate most of the sausage).

I started with a clean fennel and red cabbage slaw followed by a gluten-free pizza from Pizza Federicci who for a pound extra were able to make me a pizza with vegan cheese. It was probably eaten in record time because vegan pizzas are almost impossible to find. Yes, of course I can make my own but they’re not the same in a domestic oven. Pudding was a mini vegan, gluten free cupcake from Elephant & Castle-based Cupcakes & Shhht who I’ve been meaning to visit for ages since they’re just down the road from my day job.

We took more cakes home with us and also a loaf of vegan, gluten free bread from Holistic Biscuit which tastes incredible and has been devoured by me smothered in hummus. It was such a joy to be surrounded by things I could eat. Keeping super healthy or indulging in ‘junk’ food. Whether for health reasons or lifestyle choices, it’s definitely not my place to judge why people eat what they do, simply to try and do the best I can for my own conscience and health choices. Now I just need to get more experimental in the kitchen and stop being so lazy! 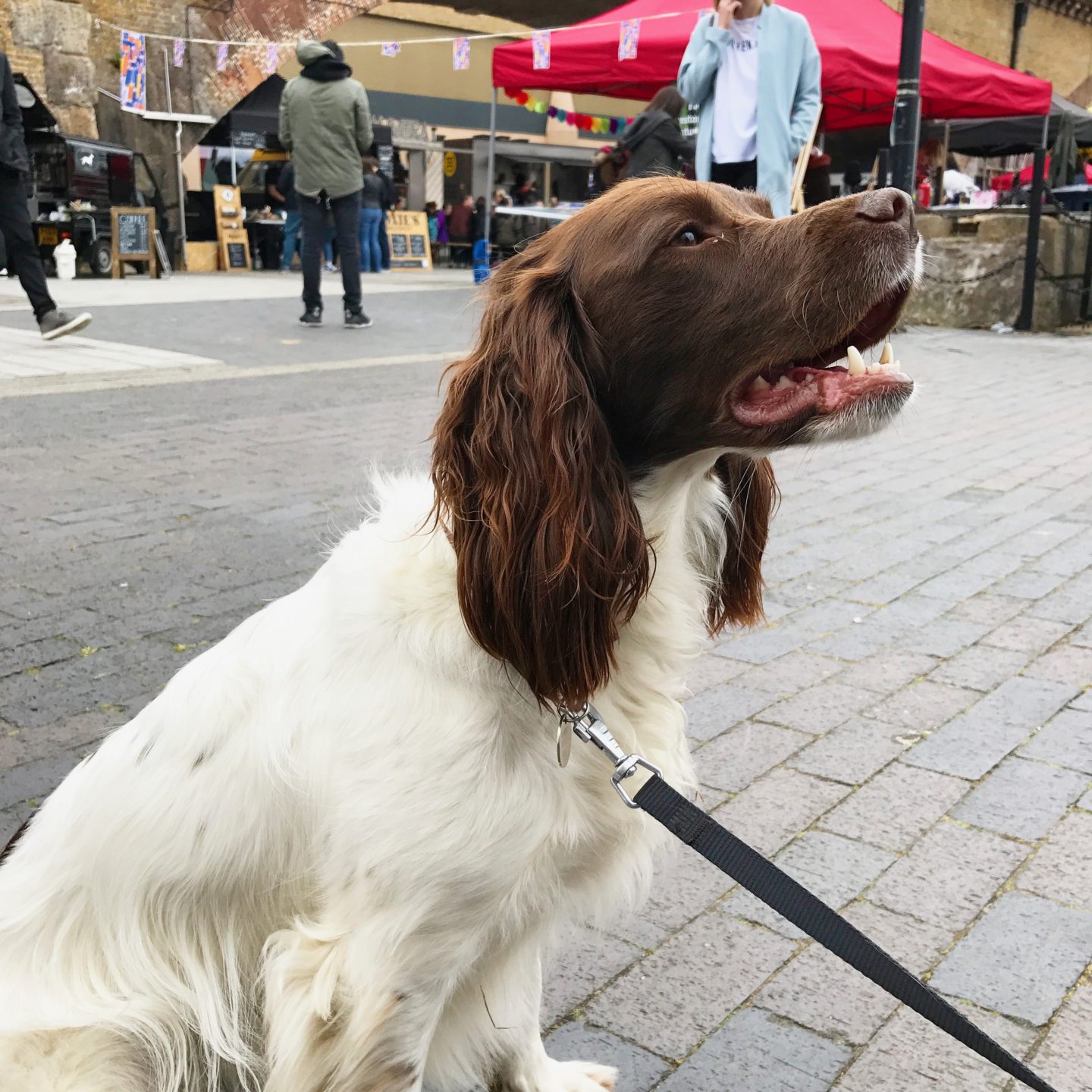 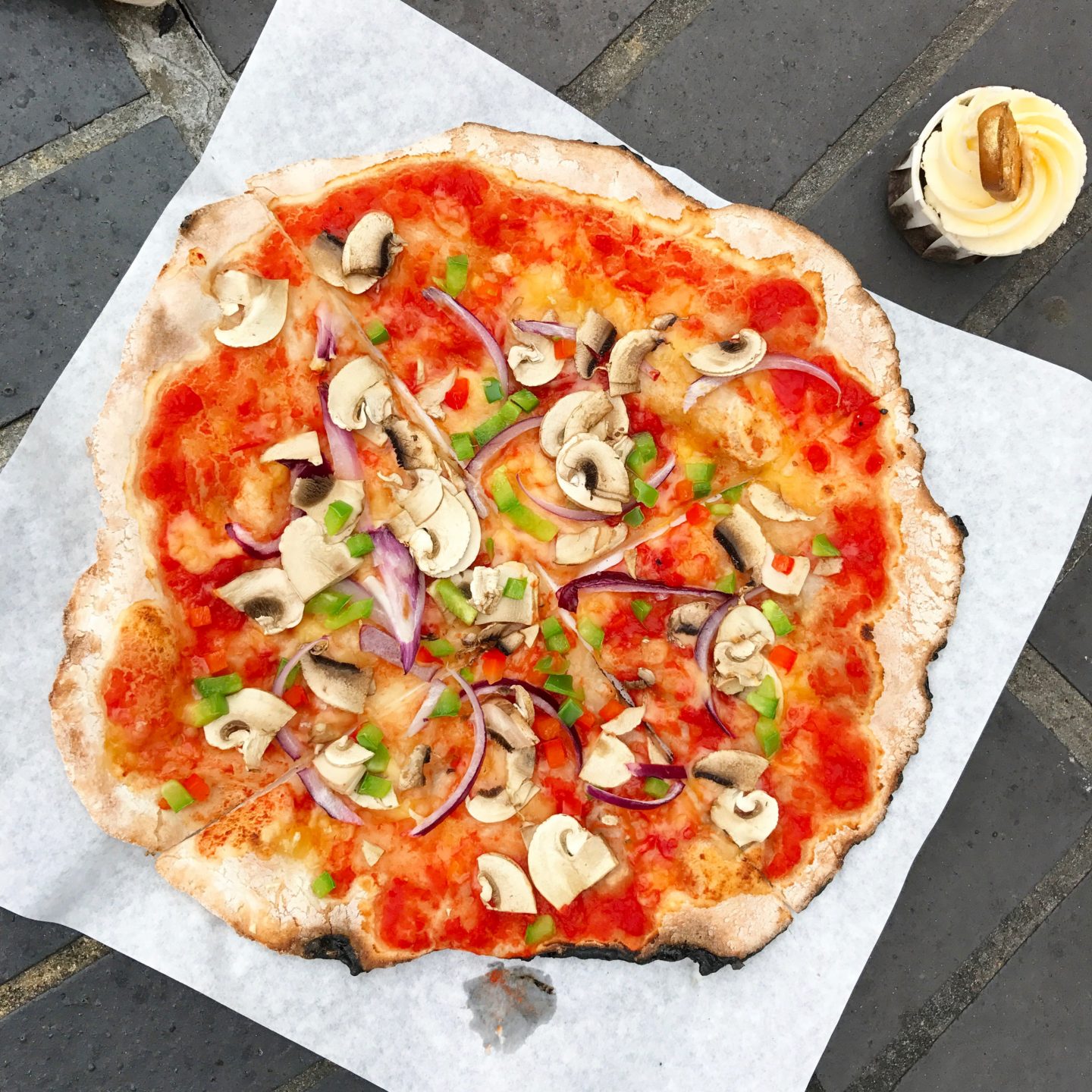 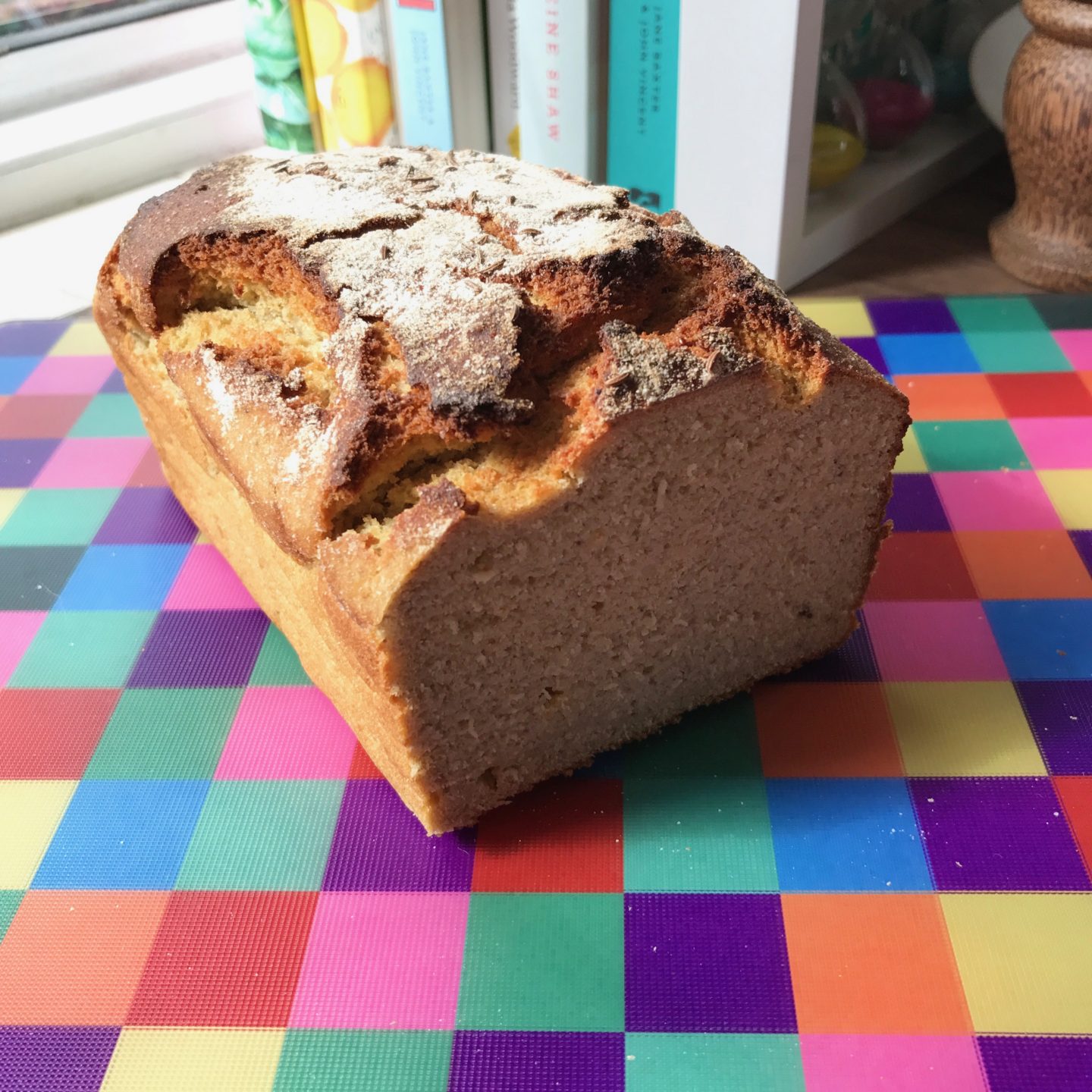 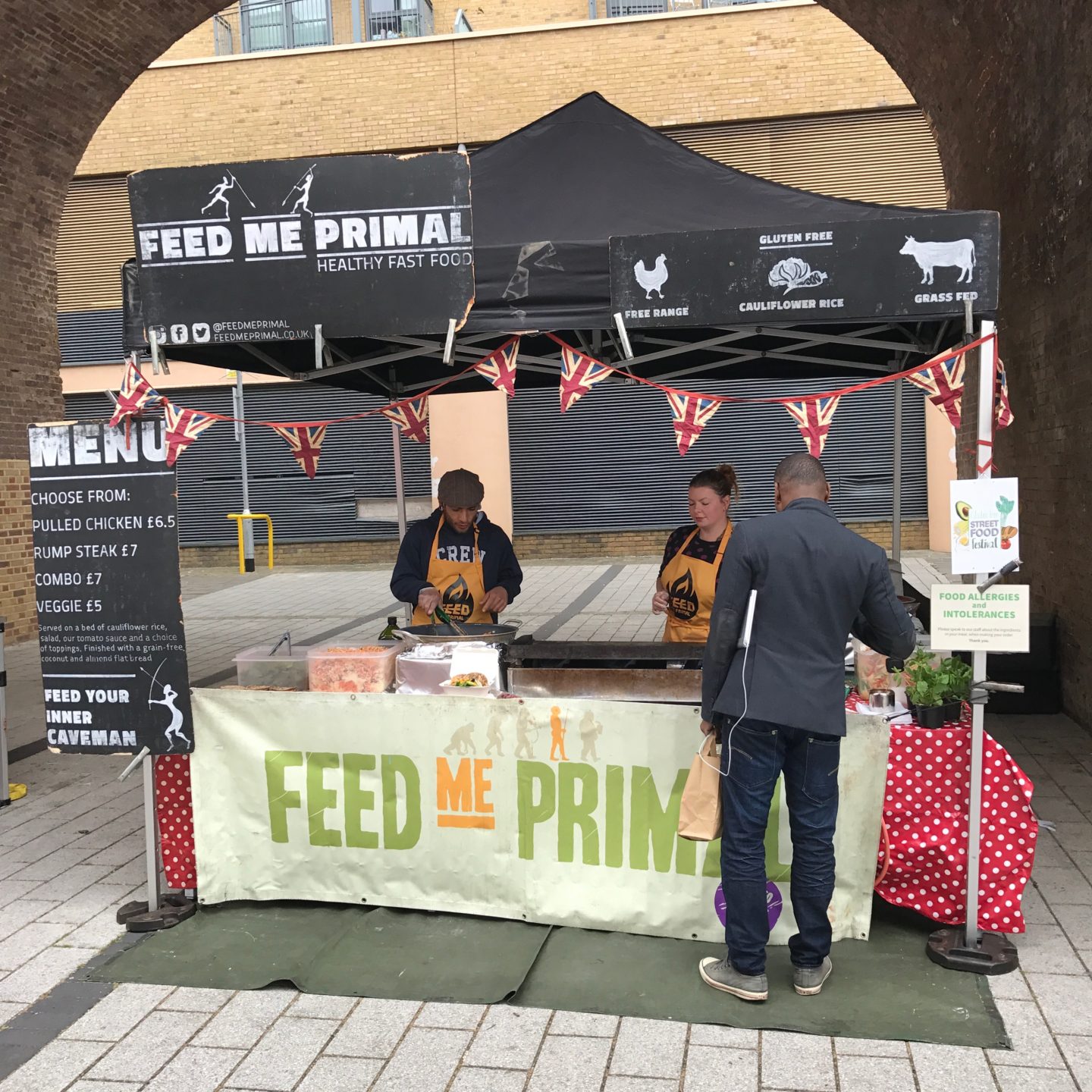 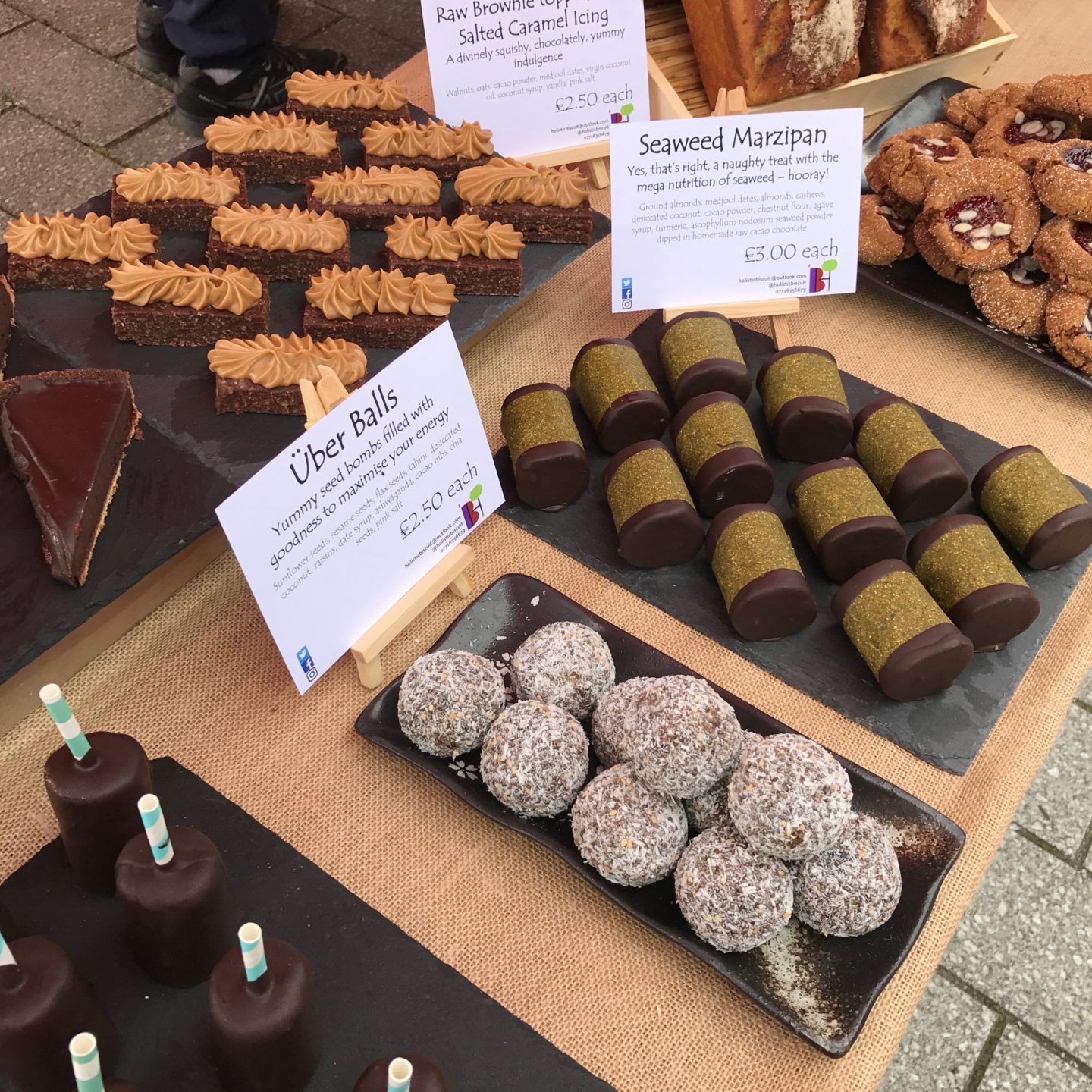