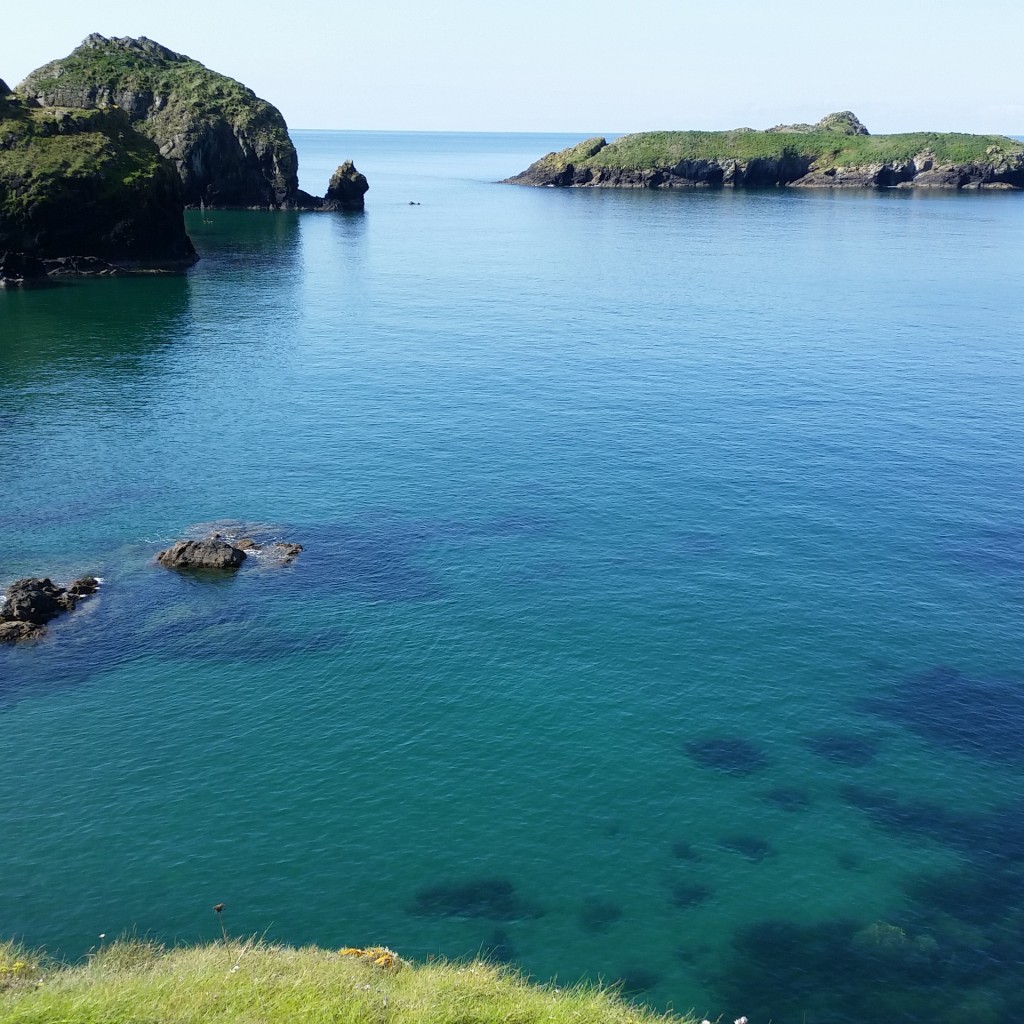 What feels like a lifetime ago now, Pete and I spent a blissful week down in Devon and Cornwall and it’s high-time to share some pictures of our wonderful week away.

We always knew that a holiday in the UK would be part of our plans for 2015, somewhere we could just load up the car complete with pooch and head off into the countryside. As my aunt lives in Devon, we decided to drive all the way down to Cornwall for a few days and then on to stay with her and we couldn’t wait.

August felt like such a miserable month with rainy days and cold weather that as we packed for a UK holiday in September, we managed to convince ourselves that it would be thermals all the way. Unperturbed we dug out cosy scarves and fluffy hats, full of visions of traipsing over Dartmoor with rain and wind lashing our faces before finding a snug pub with a log fire. Well, it couldn’t have been further from that picture. 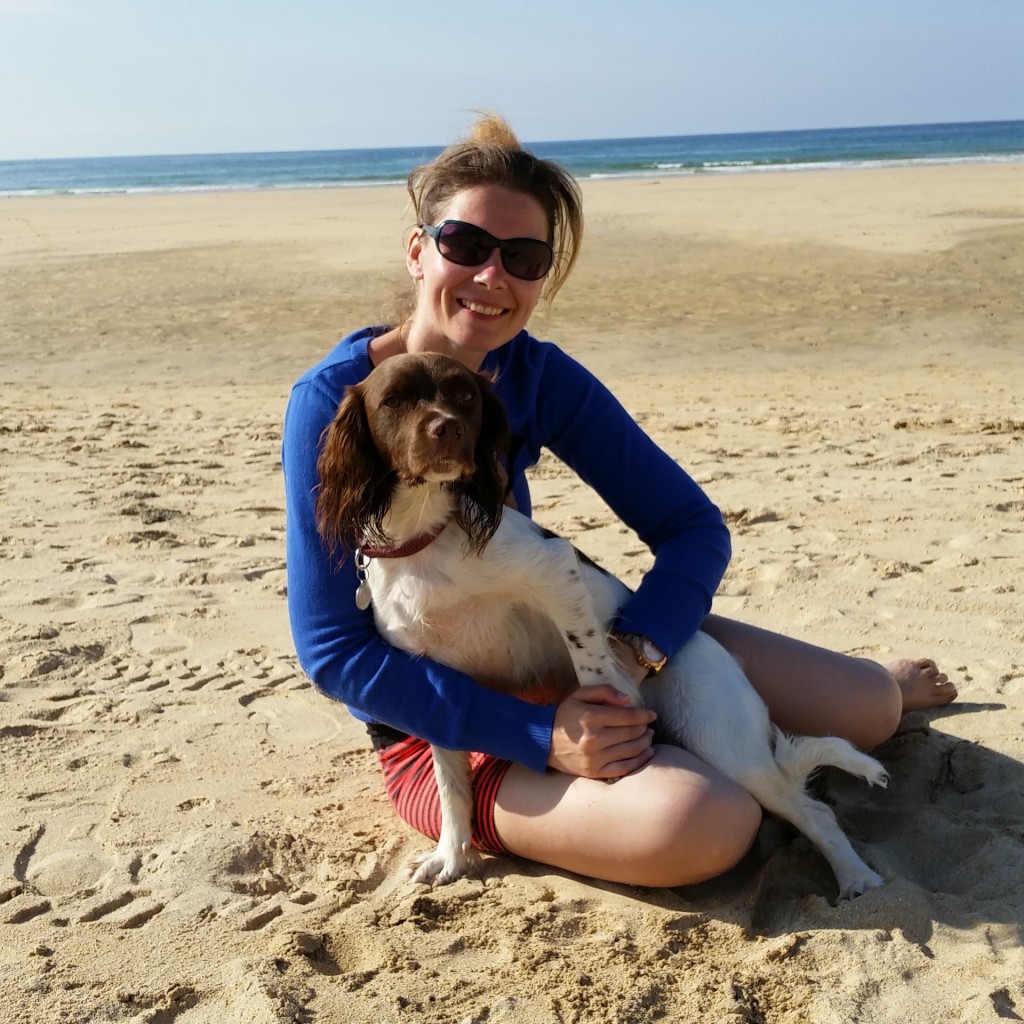 In typical unorganised fashion, we’d been very naive and thought we could just rent cottages for a night or two here, a night or two there. Of course we now know that not to be the case and it’s totally understandable – if you’re letting a property you don’t want to have pop in every couple of days to change it all. So we had little choice but to find hotels for the Cornwall leg of our journey and even that isn’t hugely easy to do with a dog in tow.

Our first hotel was just over 7 hours away from SE London at the Beachfield Hotel in Penzance. We broke our journey up at various motorway service stations before stopping for lunch at the Quarryman’s Arms on the edge of Bath. Stunning views, hearty food and some lovely dog walking for Maddie to stretch her legs. 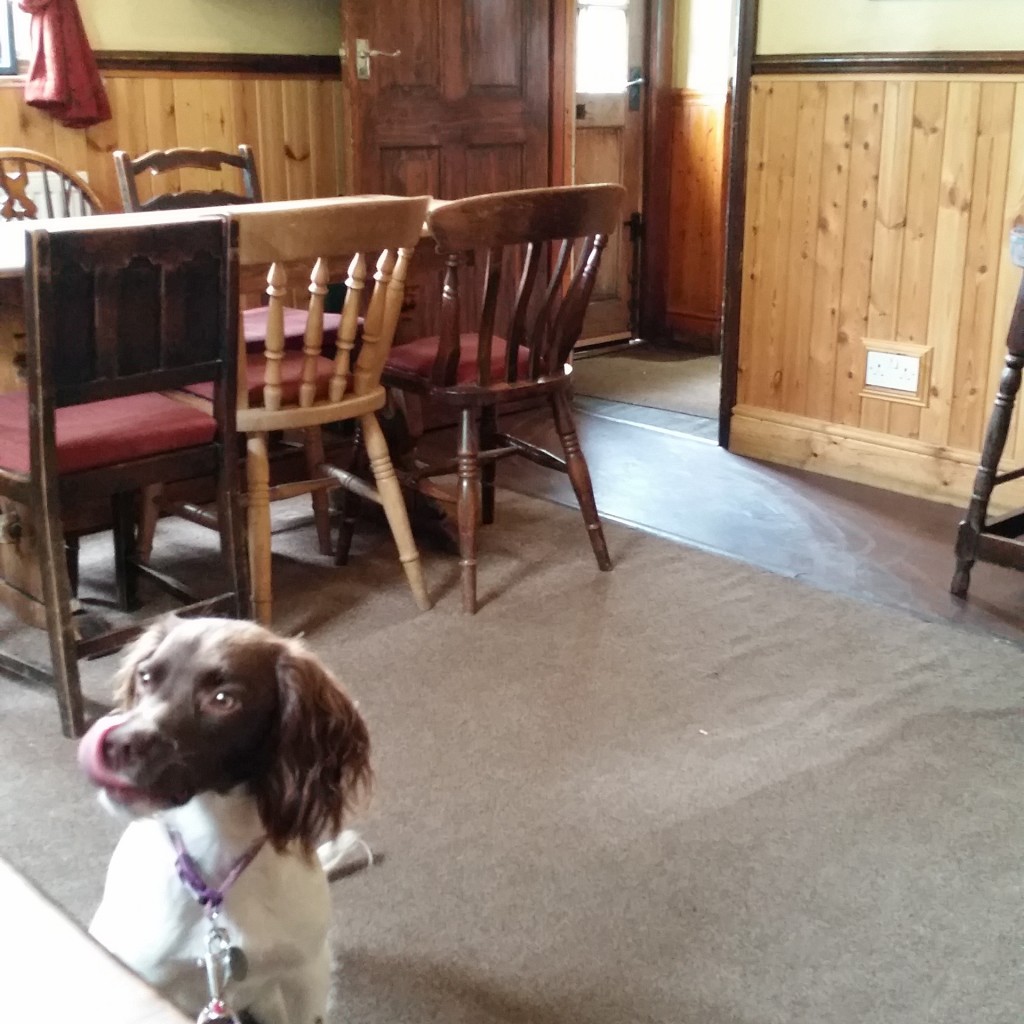 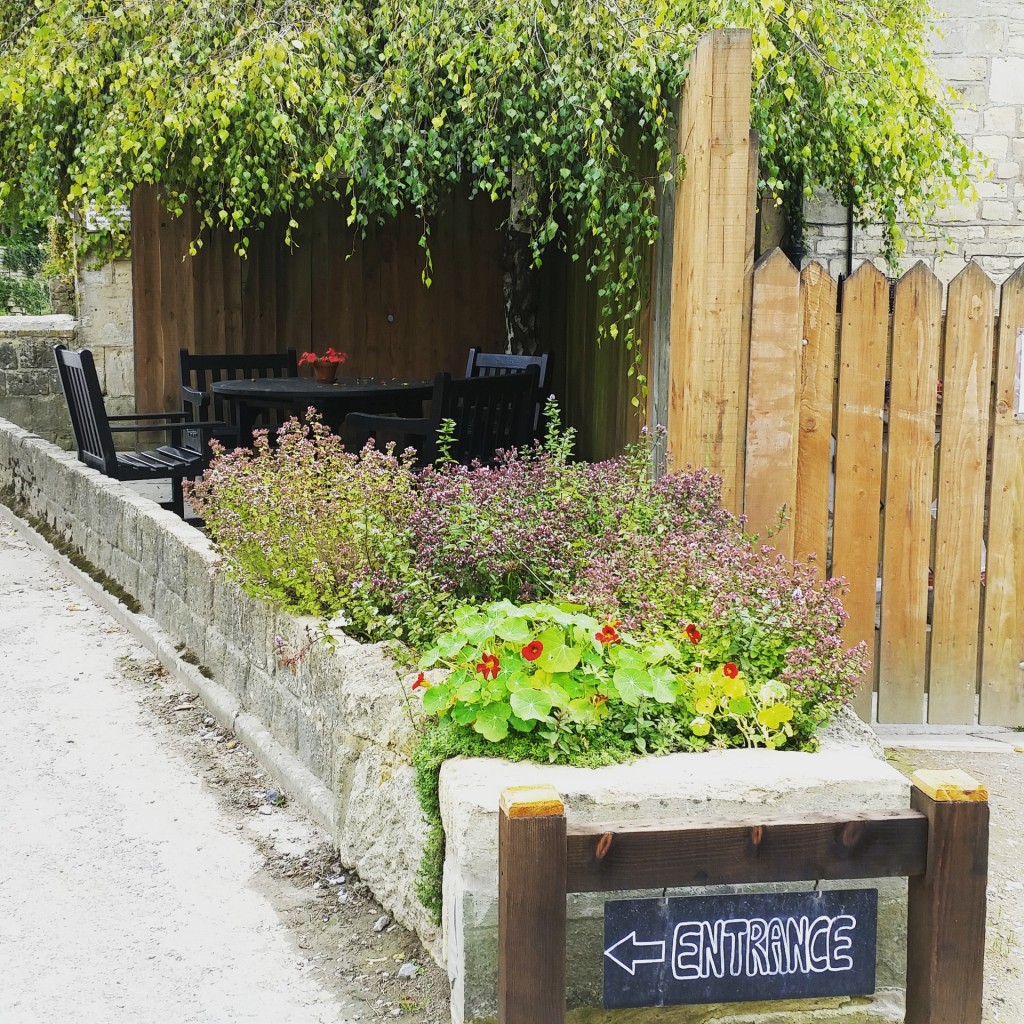 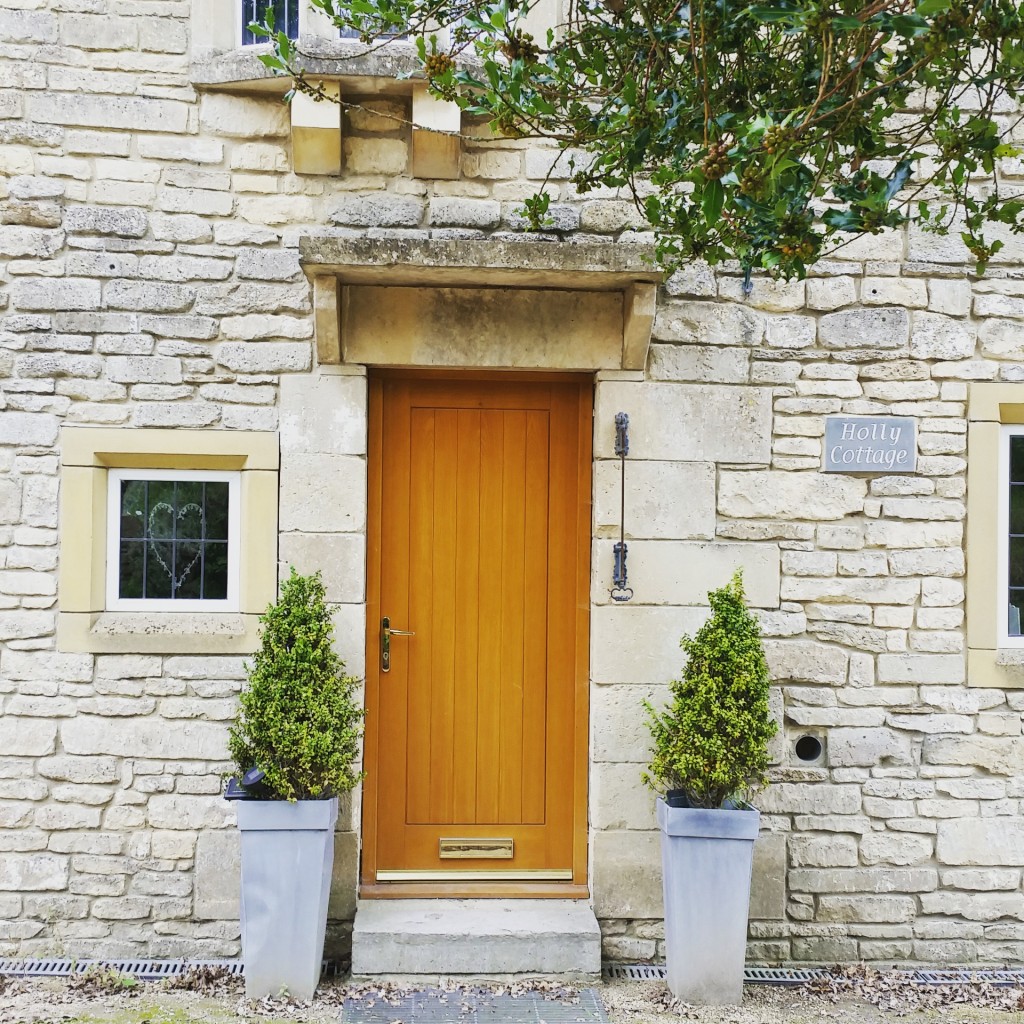 Setting off again in the afternoon, it was so lovely to feel that we were getting further and further from our urban homeland and embracing fields, space and cute little coffee vans! 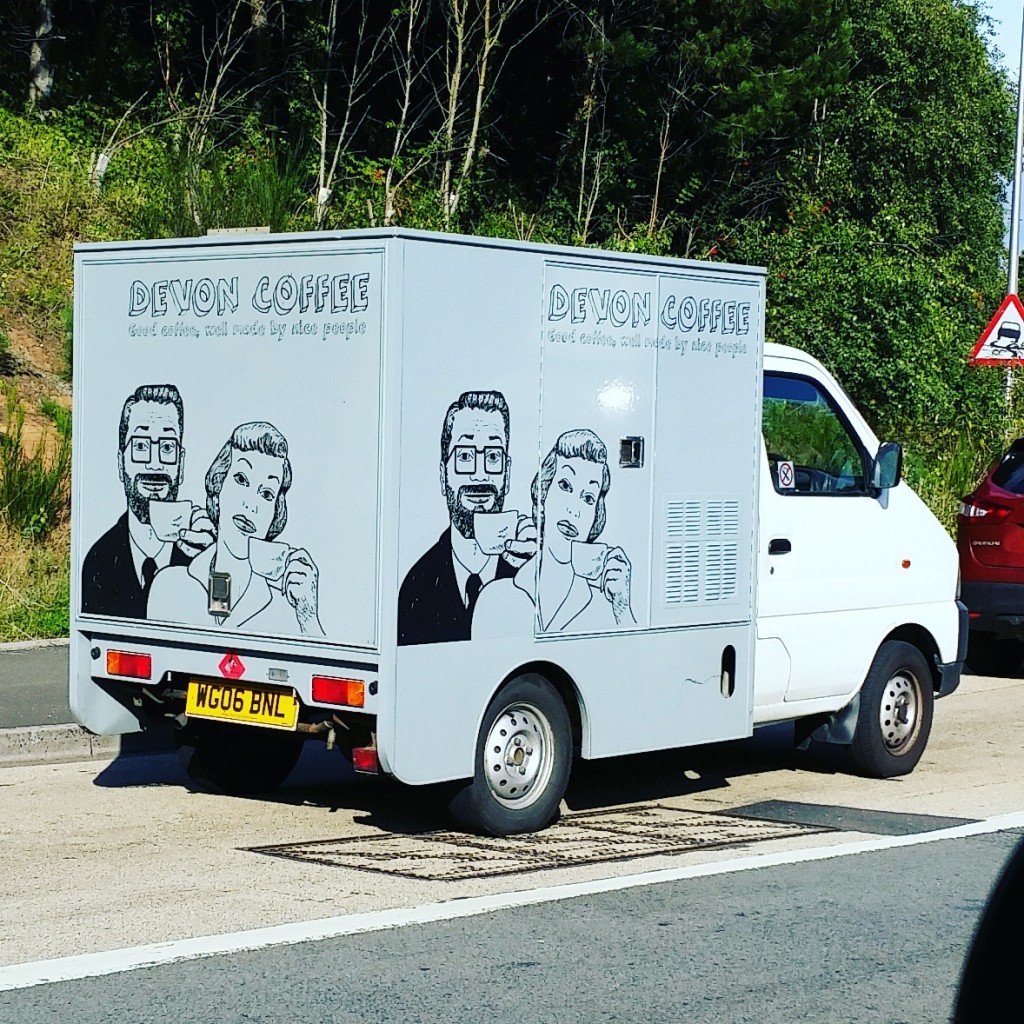 We eventually arrived into Penzance just before sunset and drove along the pretty seafront towards our hotel. I was hoping we would arrive in daylight, no matter how little so that we could head straight down the steps onto the beach and see what Maddie thought of it – she’d never seen the sea or beaches. Seaweed appeared to be the main fascination as she danced around in circles, furiously barking at this strange new inanimate object. 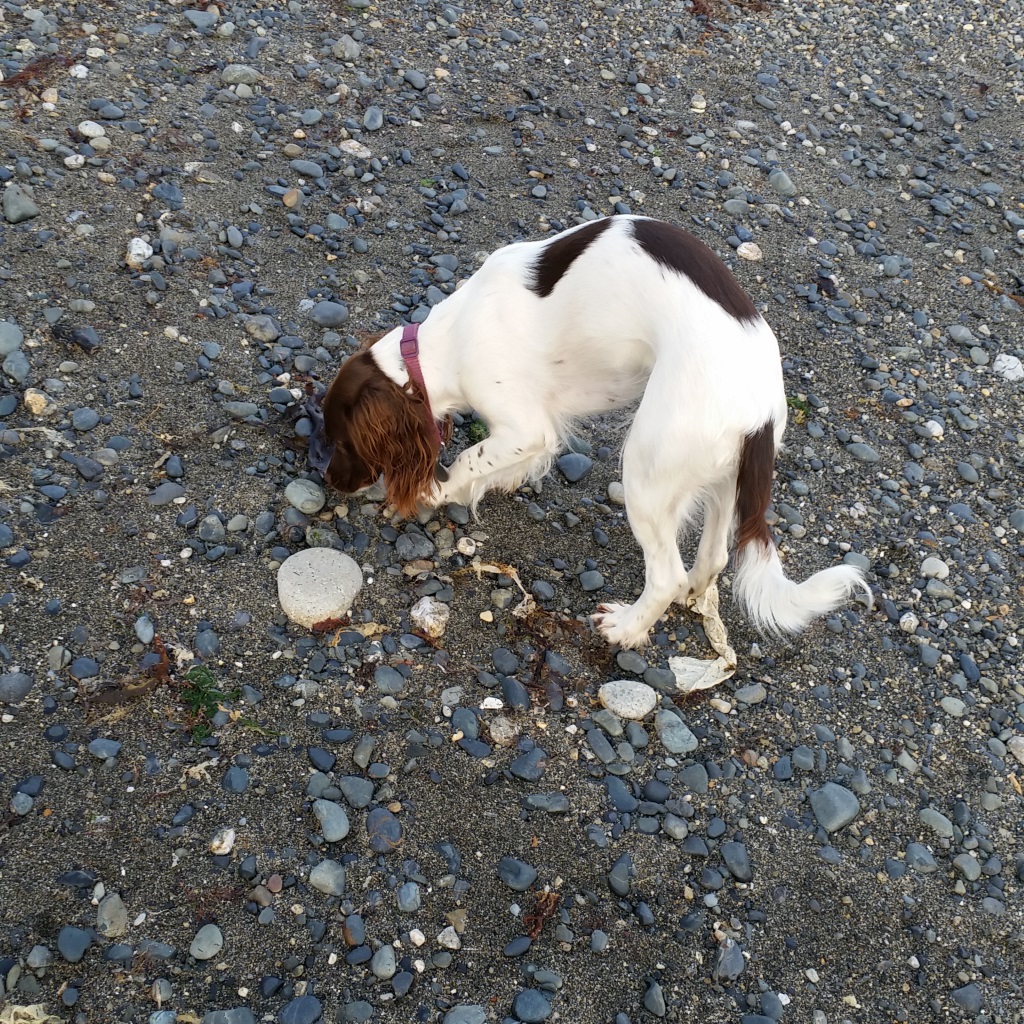 After a little play on the beach, we settled into our room. The Beachfield is a beautiful boutique hotel, housed in a building dating back to the 1860’s. Having recently been refurbished it has a stylish and modern feel whilst still retaining its heritage and appearance of a traditional seaside establishment. Our room was beautiful with large dual-aspect windows looking over the sea. The only criticism (and it can’t be avoided given the hotel’s location) is that it was very noisy with traffic early in the mornings as the road ran right past the front. Aside from that it was a perfect base for two days and the staff were so friendly. 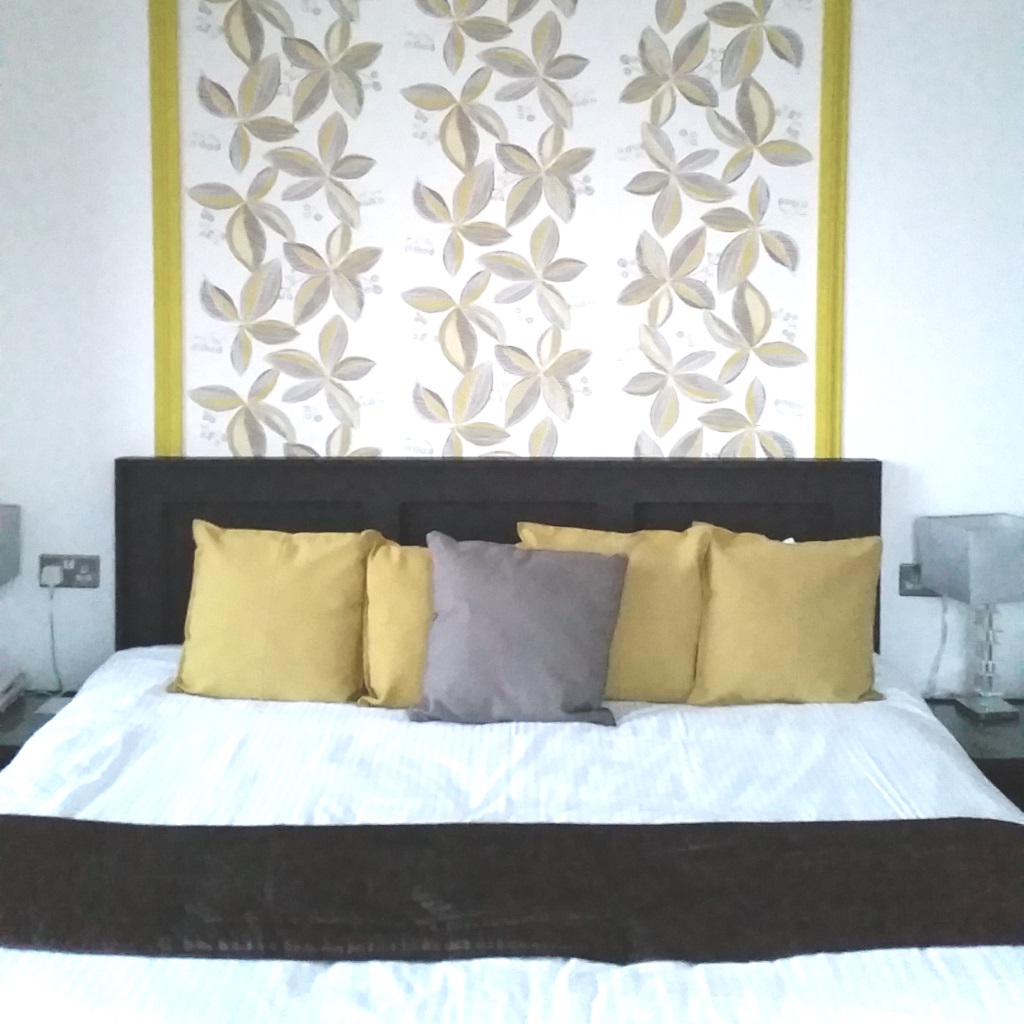 For dinner on Saturday night, we’d been desperate for some properly traditional fish and chips, but being the Londoners we are we hadn’t banked on so many restaurants and takeaways being closed by 9pm (seriously, it was a proper shocker bearing in mind we’re used to any food whenever we want it, 24 hours a day!) Thankfully just a short walk from the hotel we stumbled across The Navy Inn which offered rather fancier fine dining than we were after but it was very welcome and they let us in with Maddie so it was winning all round. 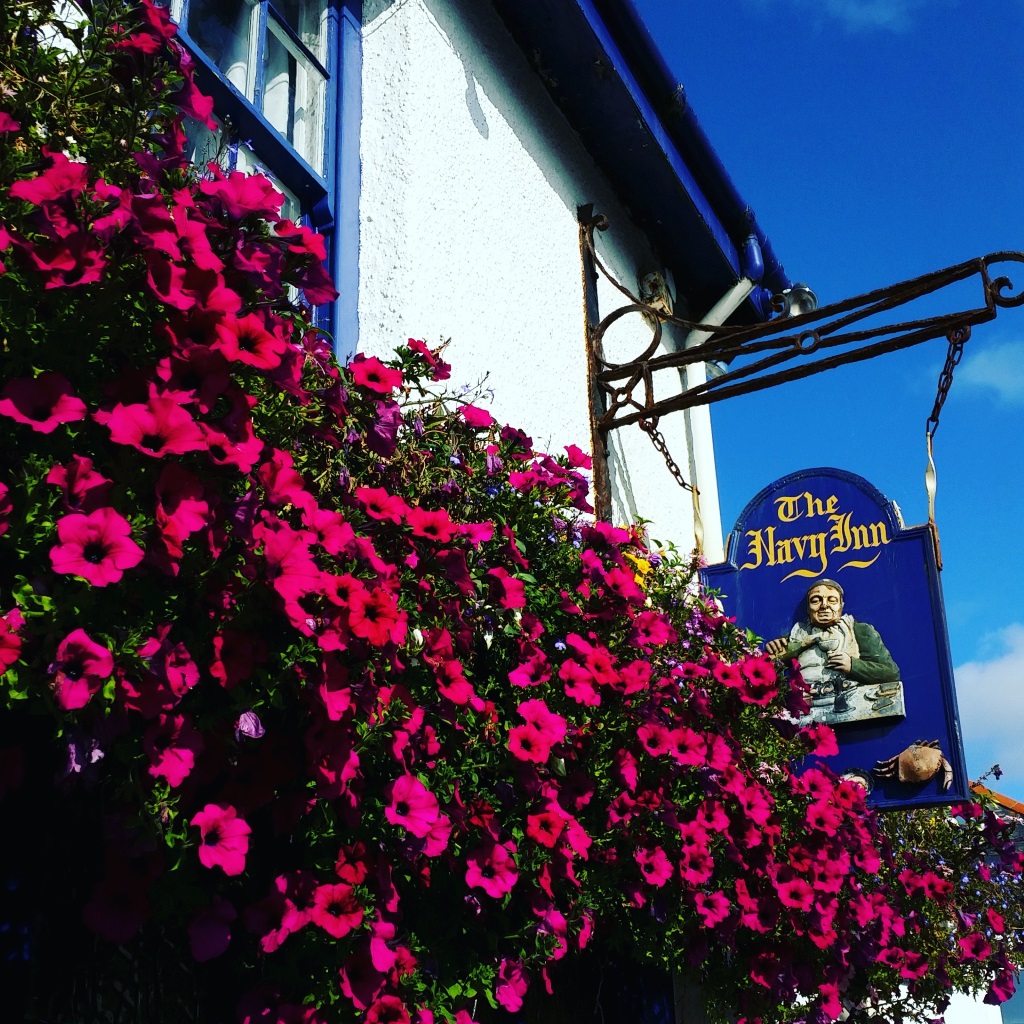 Sunday dawned brightly and despite having the most horrendous cold, I was determined to see the sunrise over St Michaels Mount. It was absolutely worth being on the beach at 6.30 in the morning – the sunrise rivalled any I’ve seen in the Caribbean, South Pacific and Far East. Simply stunning. 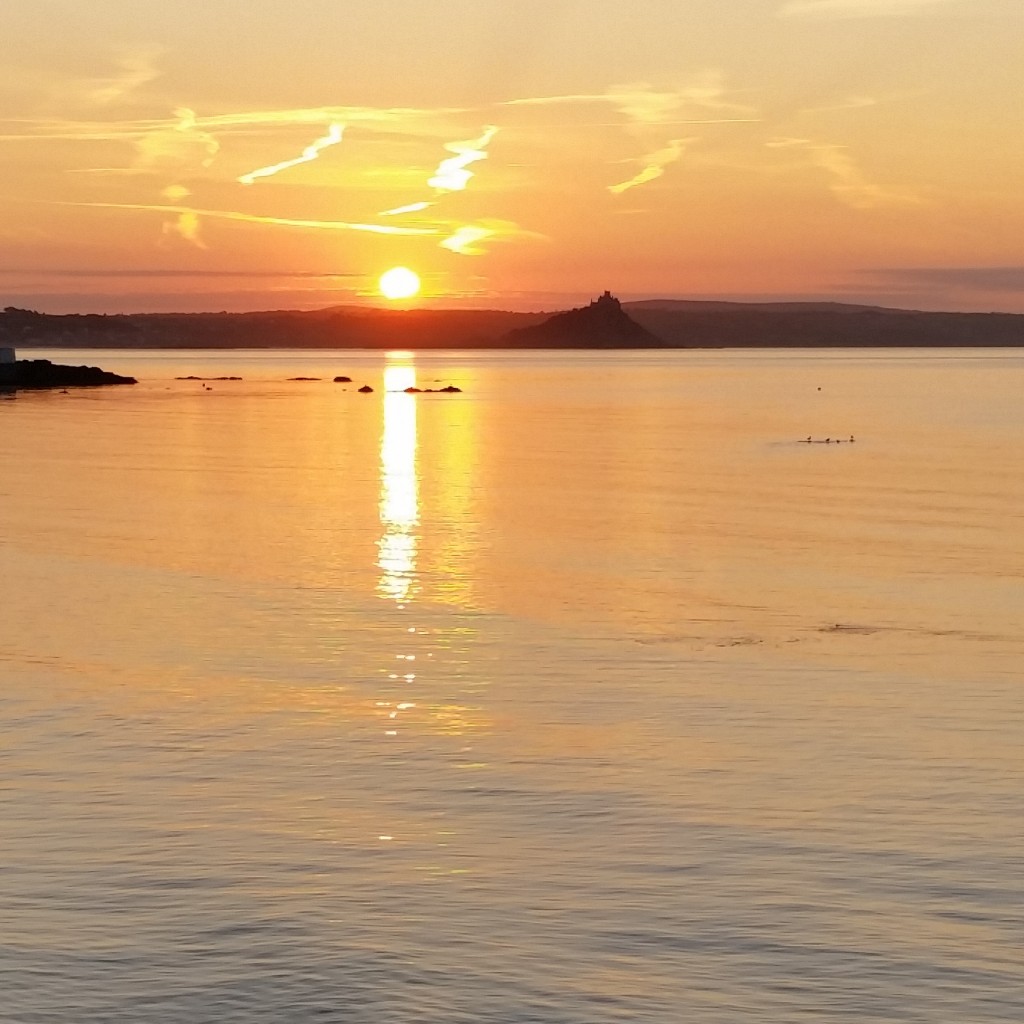 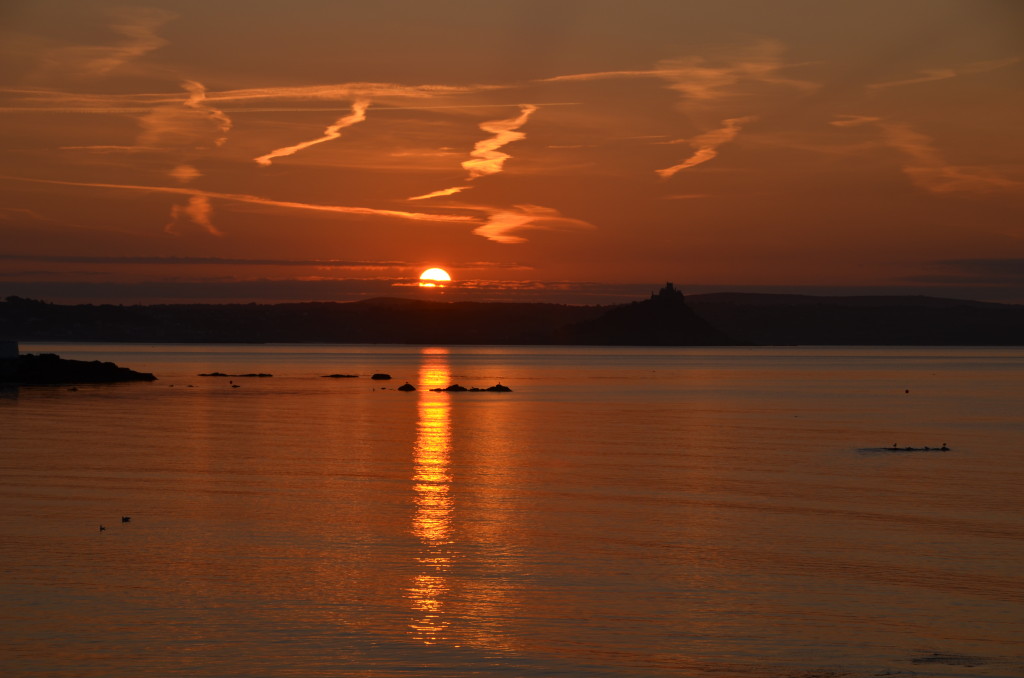 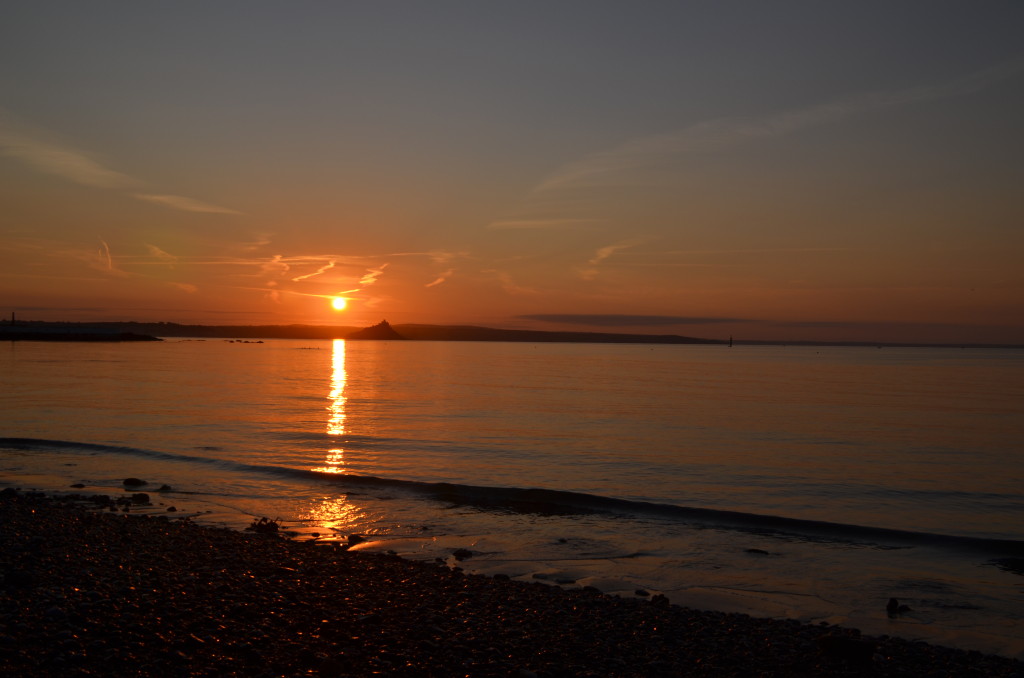 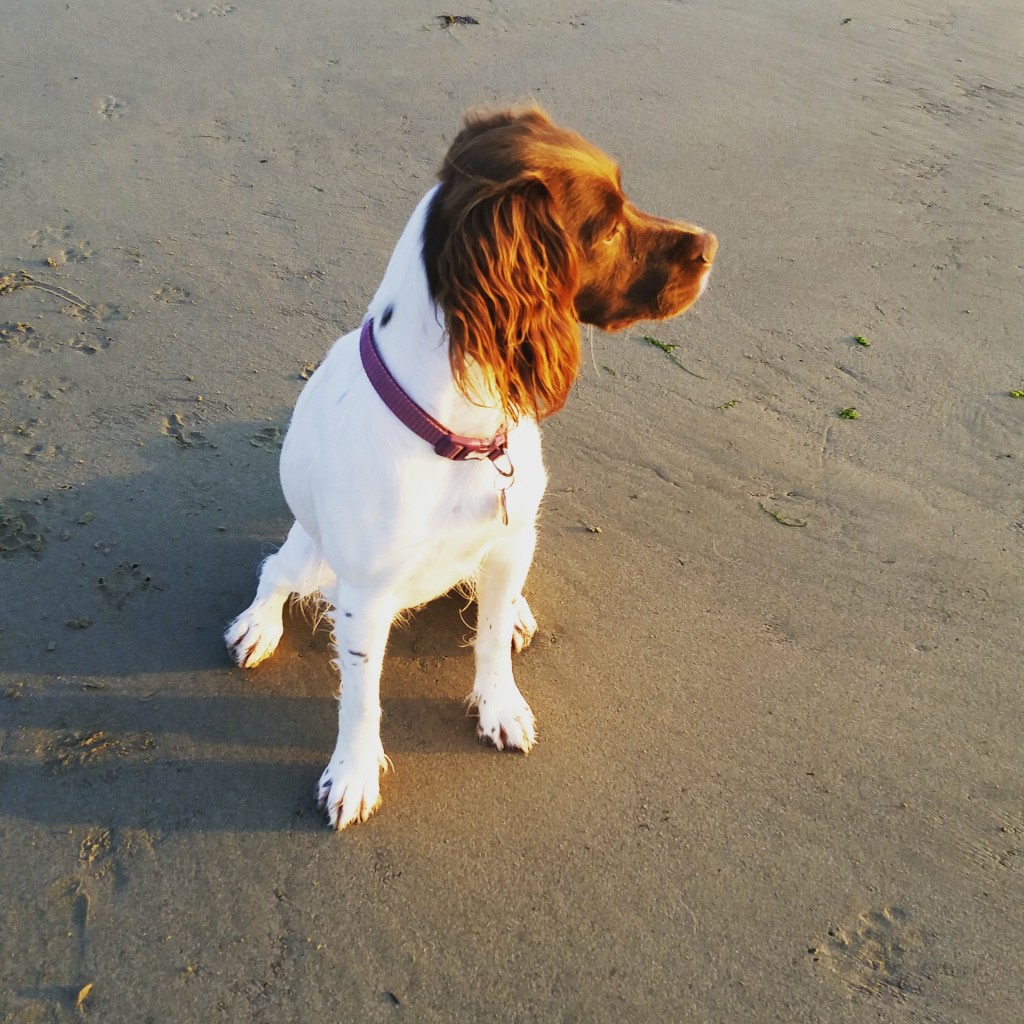 The day remained absolutely wonderful  and we decided to set off for a coastal path walk, heading to Mullion’s Cove where we left the car and meandering around the Cornish coast to The Lizard. Or so we thought. We walk Pete and I, but nothing prepared us for the coastal path. It said moderately difficult, what it should have said was “if you can walk 4 miles with ease under flat/normal/city conditions, 4 miles of the coastal path is the equivalent of walking 15 miles”. It was bewilderingly beautiful, but also completely exhausting. We had the wrong shoes on, not enough supplies and too many of the wrong clothes. It was so warm Pete got sunburned. I can’t describe how challenging it was, made all the more so by a 17 kilo Springer “springing” all the way. We would have loved to let her off the lead but I didn’t trust her not to go sailing over a cliff edge so we kept her close and by the end my arm felt like it was nearly pulled clean out of the socket. 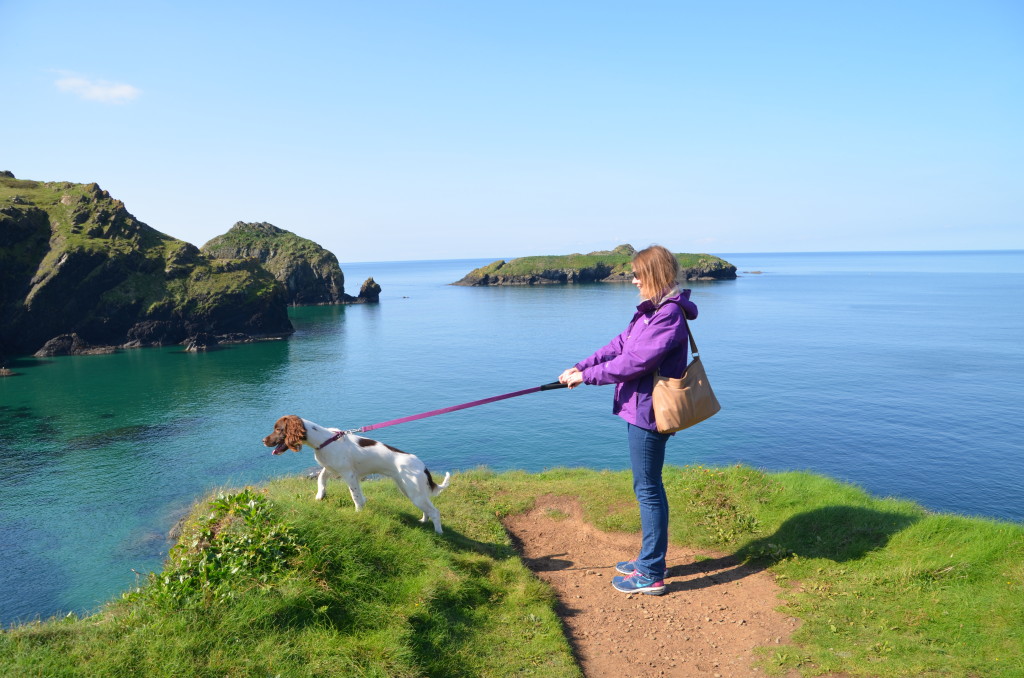 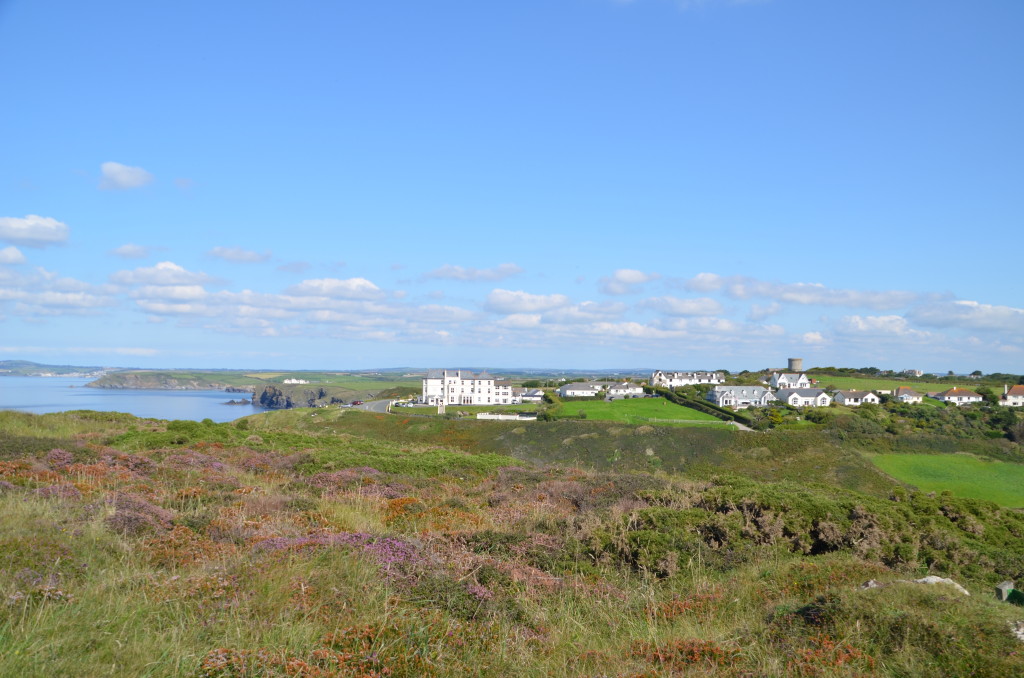 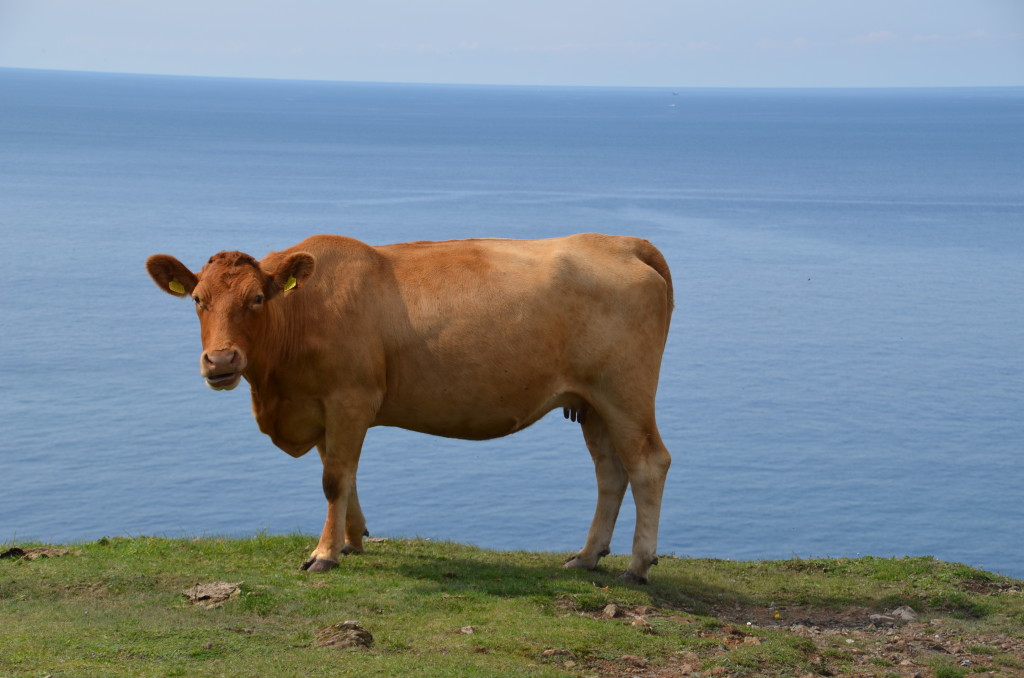 We didn’t make it to The Lizard on foot, but clambered down to Kynance Cove (“it must be around this headland”, I said on more than one occasion) and stopped for sandwiches and tea at a godsend of a cafe. And then I’m not ashamed to admit, we cheated. It had taken us 3 hour to walk, climb, scramble and stumble 4 miles and we knew that not only would it be foolish to attempt the return, but that Maddie could easily end up temporarily lame right at the start of our holiday, so we took a taxi back to the car. There I said it – the city bumpkins defeated by the countryside.

Although we were shattered and my cold was raging in full force, we decided to drive on to The Lizard as it was just a few miles away and parking up in the village we took a 10 minute walk down to the furthest point. Considering how gorgeous the weather was and on a Sunday afternoon, it was surprisingly quiet and we stretched out on a patch of grass to enjoy the scenery and some proper Cornish ice cream (what else?) 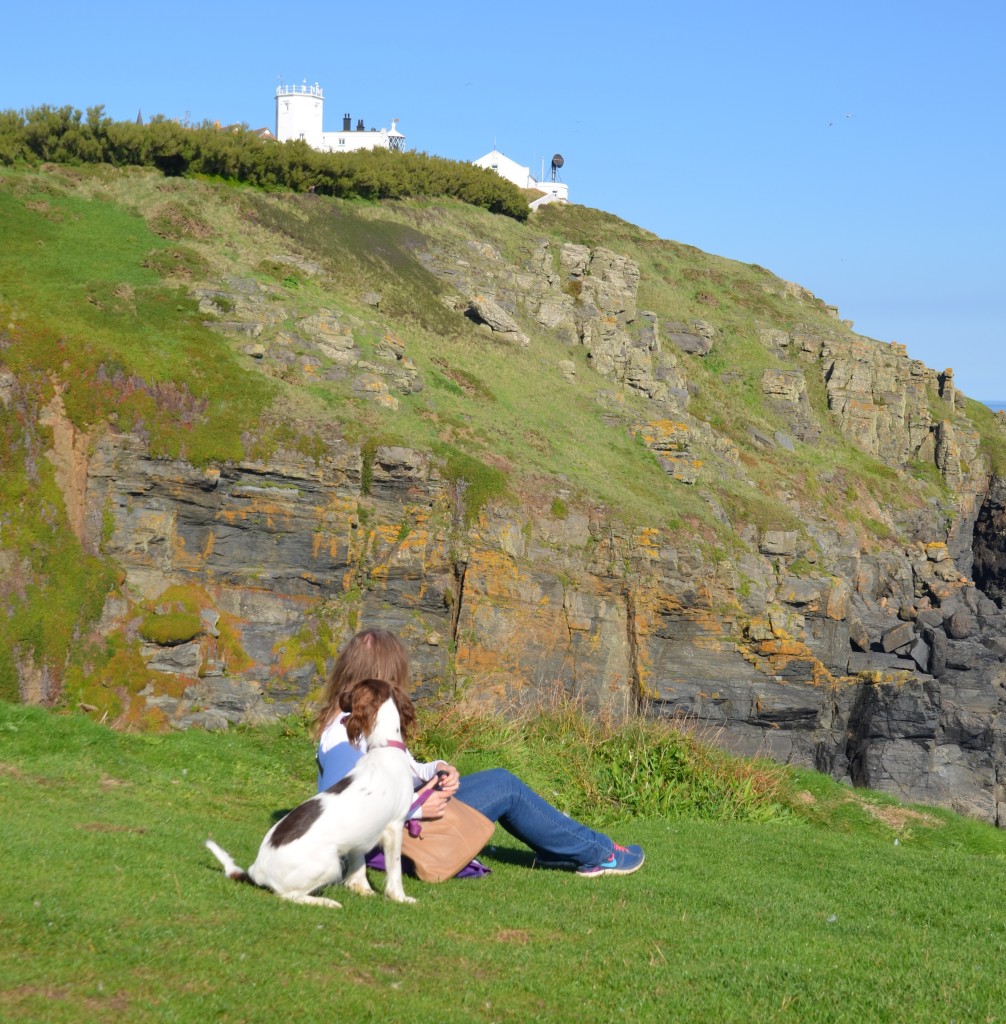 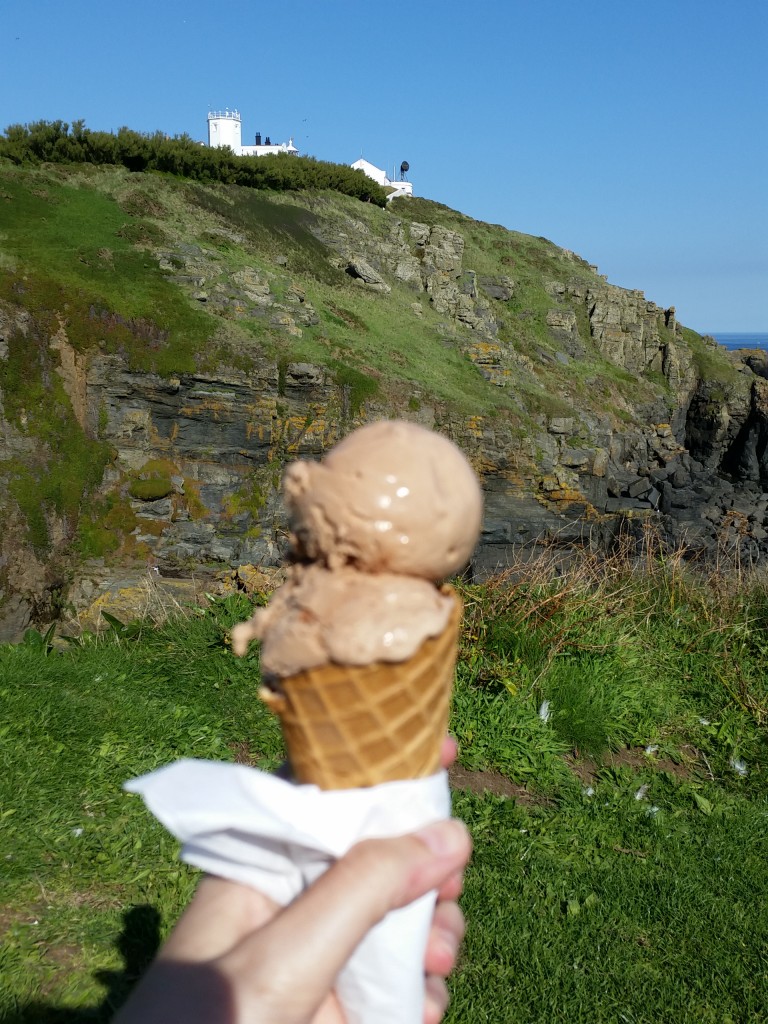 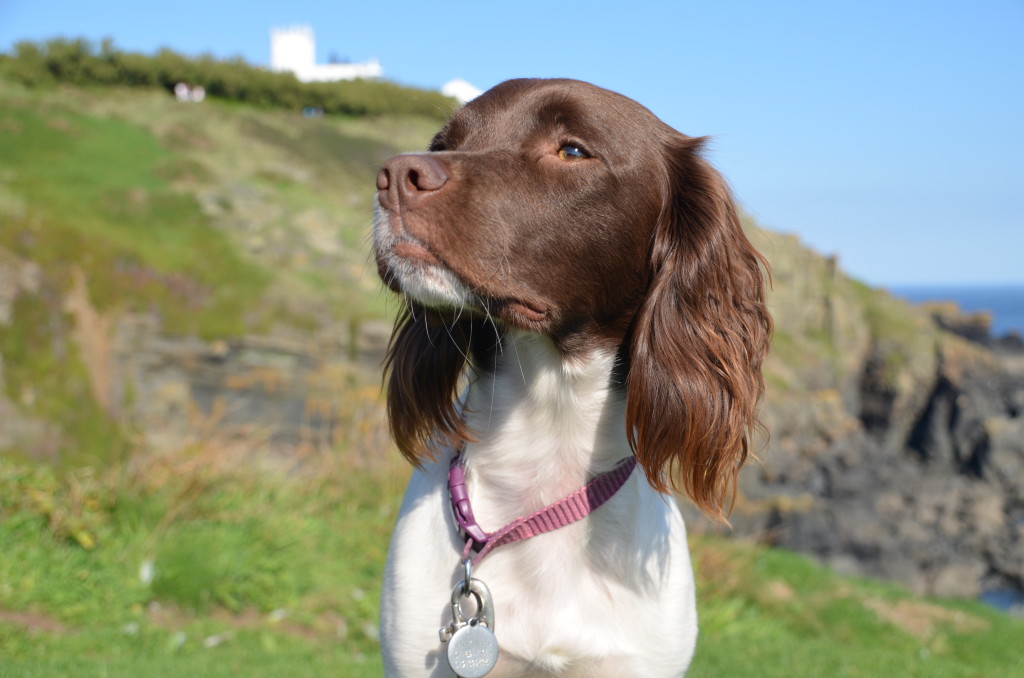 Our hotel beckoned as the sun started to go down and we drove back to Penzance before having a low-key dinner in our room. Pete had a last bit of work to finish off and the pup and I curled up and went to sleep. It’s a long time since either of us were so tired but it was a perfectly blissful reason to sink into the pillows and drift off. 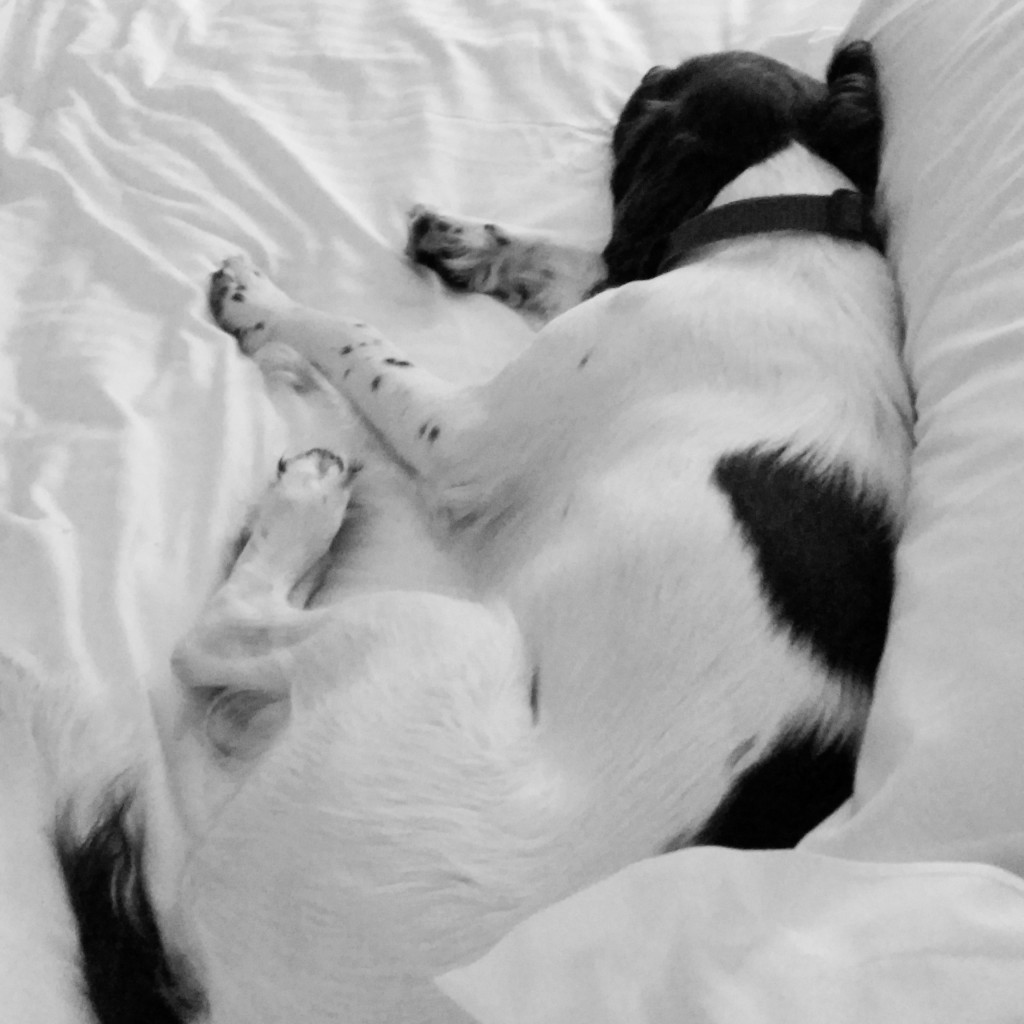