This is a review post after I was invited to attend a 3-day bootcamp at Body And Mind Reboot. All words, thoughts and images are my own unless otherwise stated.

We’re told all the time that we’re living in an increasingly fast-paced world. Social media and every day demands make it hard to switch off, even though we know it’s good for us. How many people really get enough sleep, or don’t scroll last thing at night or first thing in the morning? Sometimes you need a really good excuse to escape and when I was invited to attend a 3-day ‘bootcamp’ with Body and Mind Reboot it seemed like the perfect opportunity. 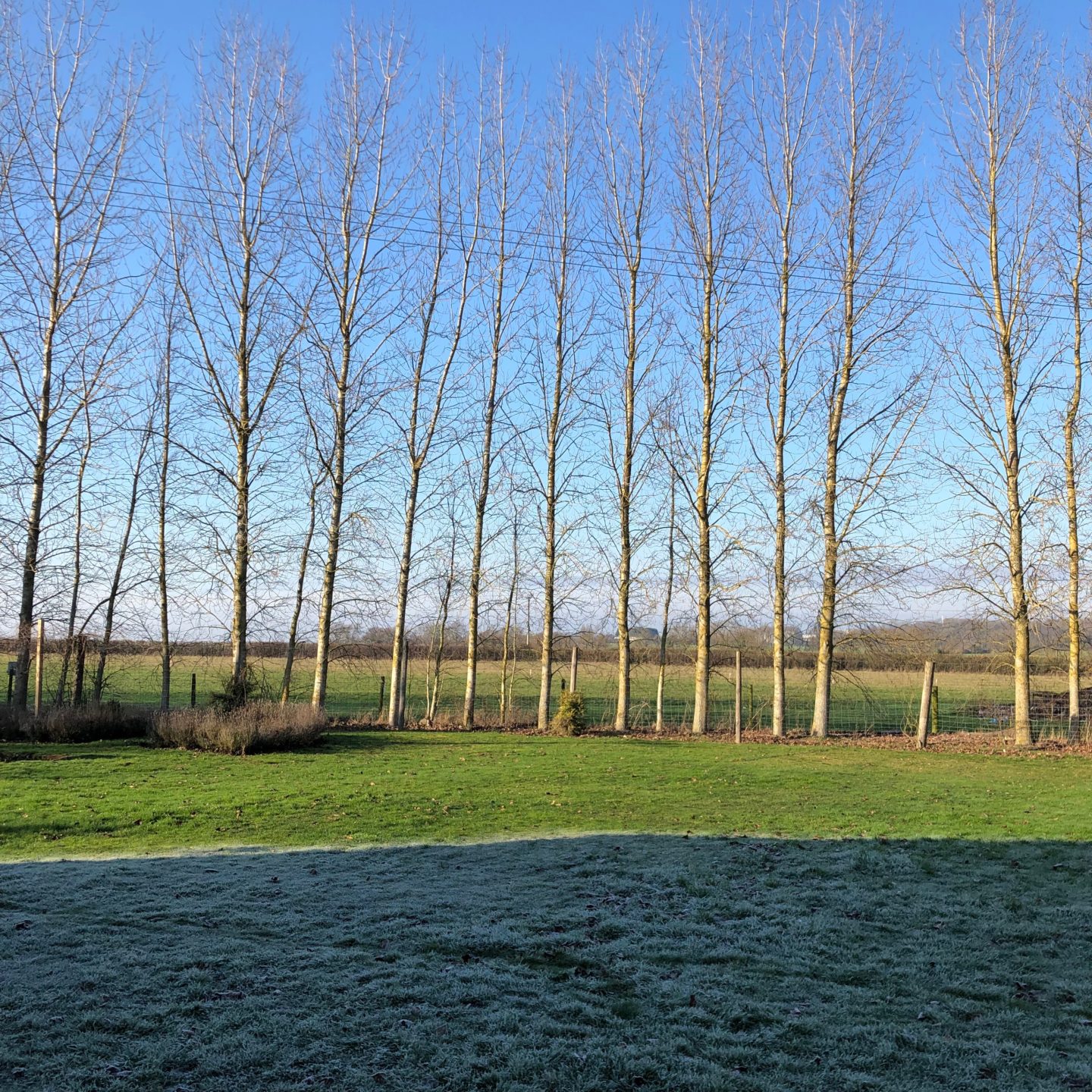 In my new-found self-employed life, I’m game for just about anything. Having spent so long having to juggle writing life with work, and then last year failing spectacularly at even that, I still have many pinch-me moments. When the two lovely ladies who run Body and Mind Reboot, Sheila and Ann, got in touch to ask if I’d like to come along for a weekend I didn’t hesitate. January. New Year = New Me and all that jazz. But actually, Body and Mind Reboot is so much more than that. 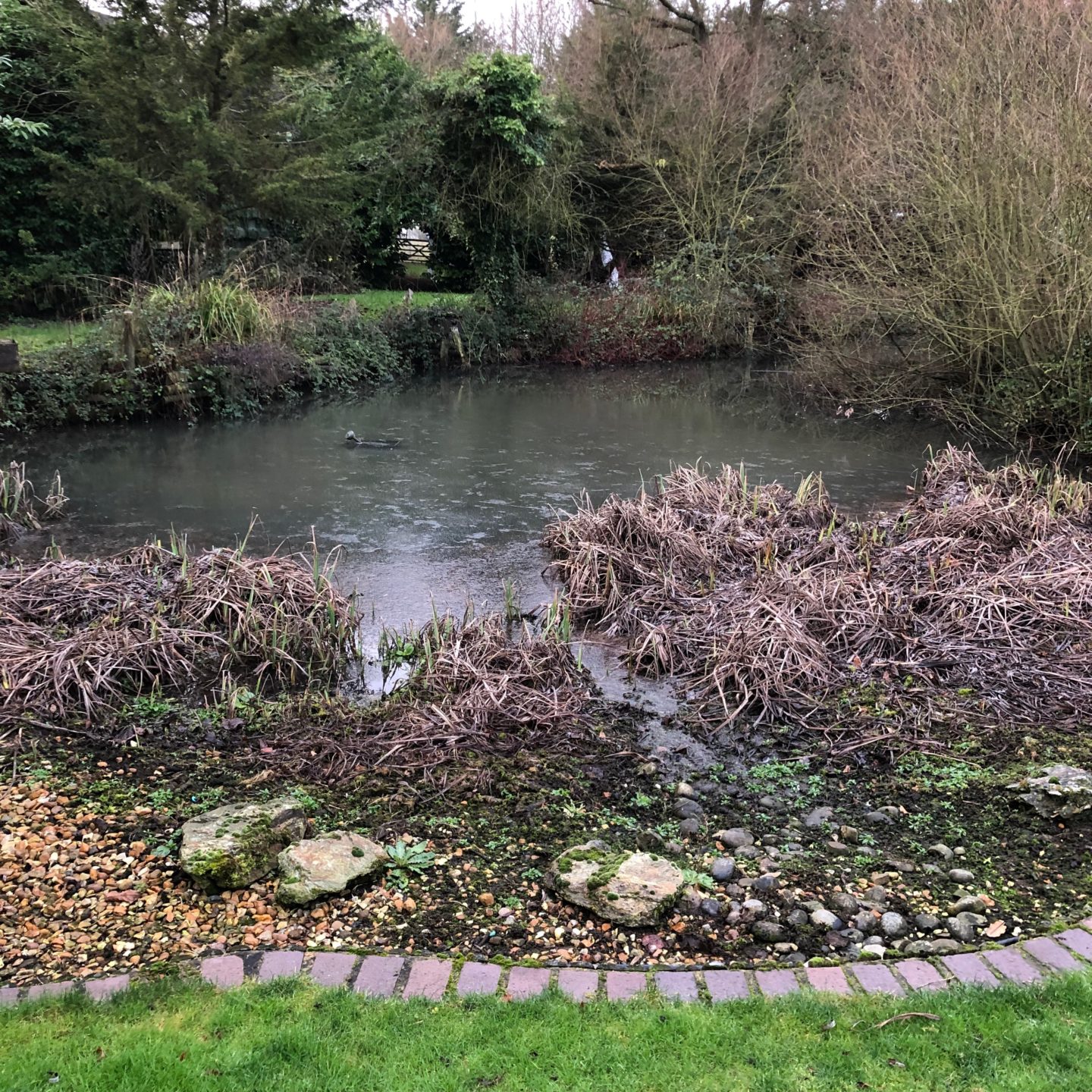 Set in the Bedfordshire countryside around 40 minutes from London, it really is a retreat. Even the track which leads off the main road down to the farm where you stay feels as though it goes on for about 10 miles (ok, maybe just 1) but within minutes you do feel like you’ve left the noise and buzz of life behind to be replaced by well, nothing really, other than peace and quiet. 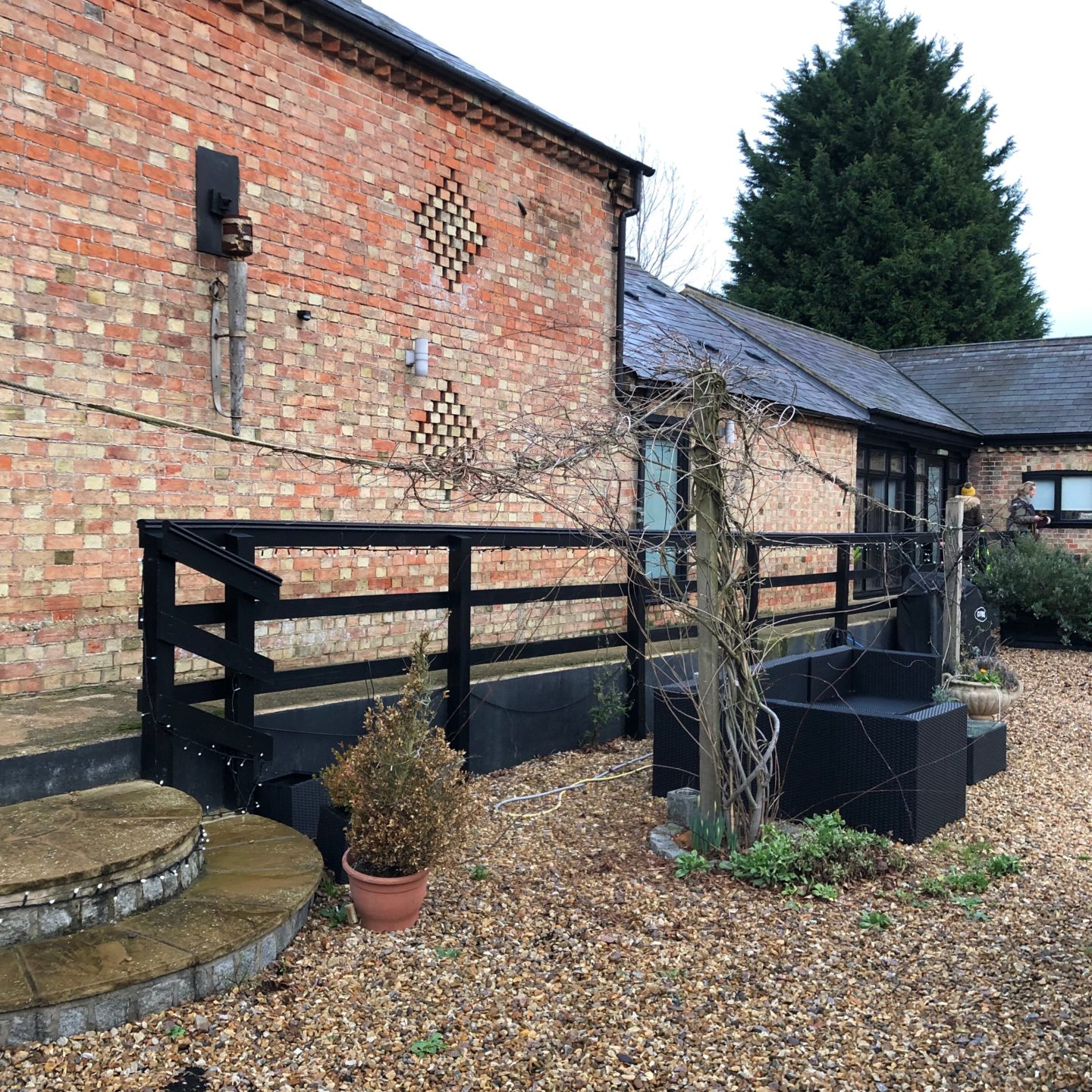 The most popular model at Body and Mind Reboot is the 3 day bootcamp, where residents check in on a Friday afternoon and check out again on a Monday morning. So it was that I dragged my assorted kit of walking trainers, exercise gear, swimming cozzie (just in case for the hot tub but brrr it was WAY too cold for me to brave it) and multiple bobble hats on the train. You see, bootcamps can be a bit brutal but for someone who starts to shut down in less than 20 degrees, being in the middle of the countryside on a cold January weekend means I find it really, really difficult to get my energy going. 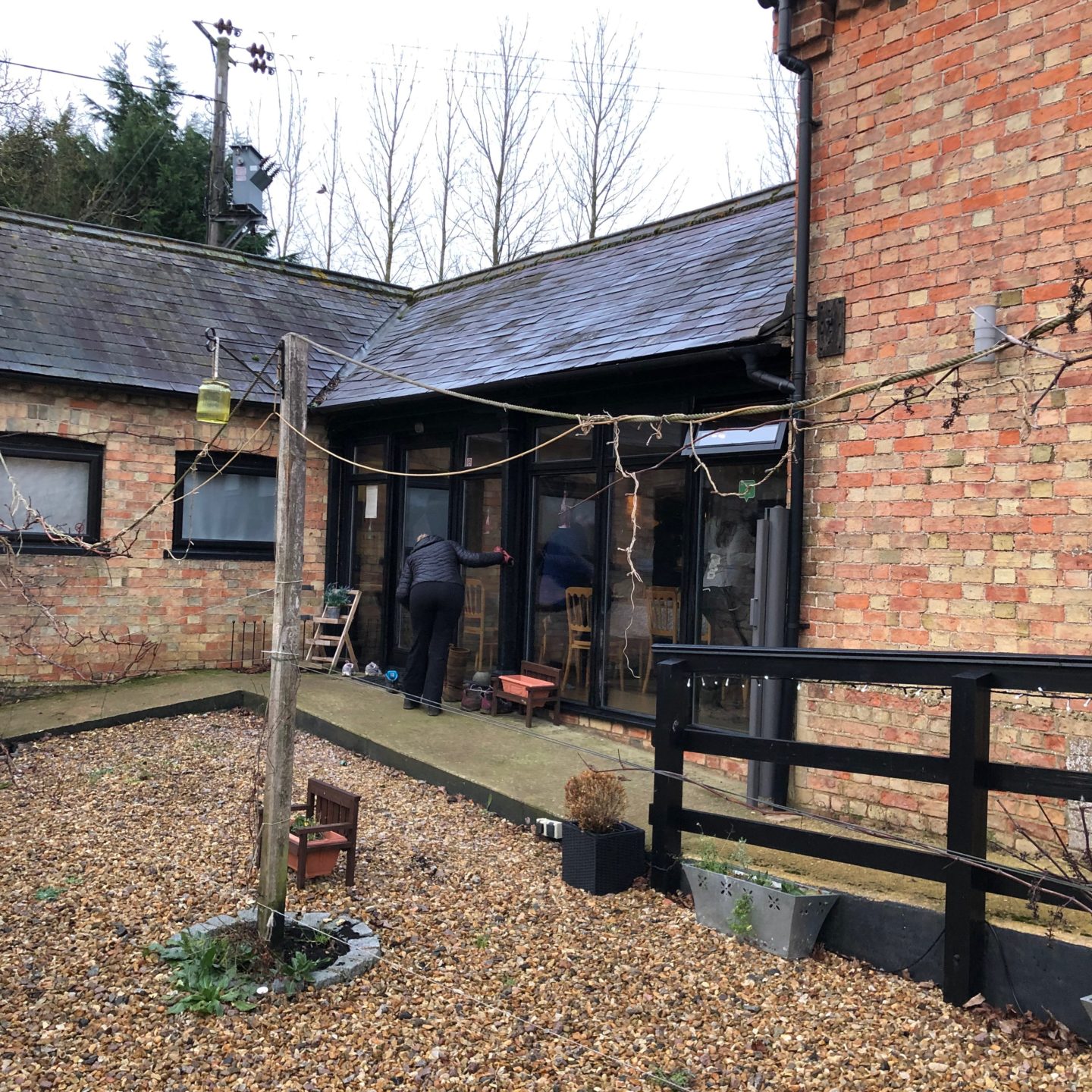 Accommodation at the retreat is a mixture of converted barns and outbuildings. Be warned, you may find that you end up sharing with someone you don’t know which I’m perfectly happy with – typically going on a bootcamp means that you’re already open to changing something about yourself and therefore spending time with complete strangers is not a problem. Prices start from £395 depending which accommodation you book and if you’re bringing a friend/work mate/sister then you can typically stay together if you book in advance. I didn’t actually do a head count whilst we were there but I’d say around 10 people, plus a few that came each on Saturday and Sunday means that you’re training with maximum 15-20 so it’s a really friendly, positive, supportive place. 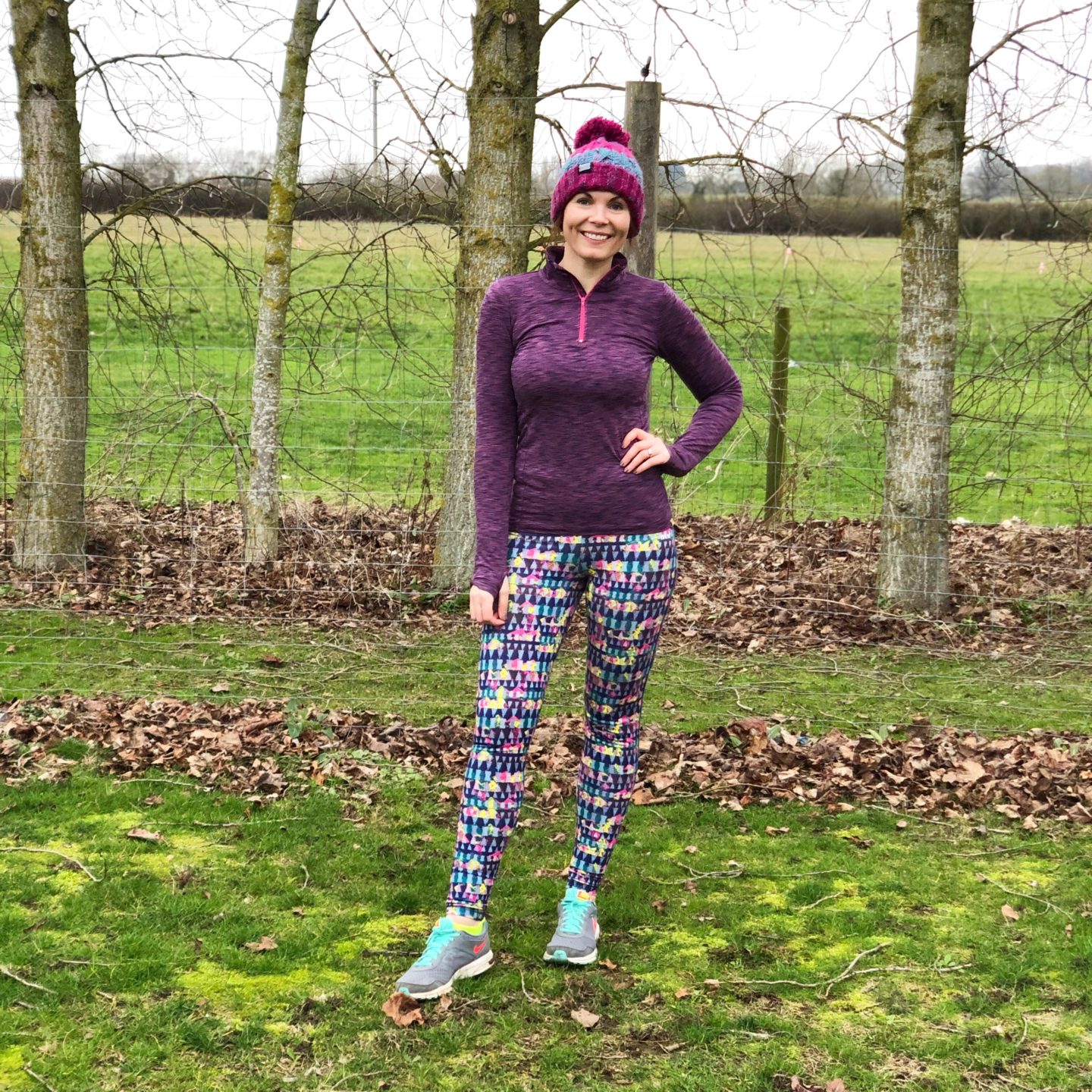 First stop on the Body and Mind Reboot retreat is a 1-2-1 session with the resident personal trainer, in our case the fab Jake Wilkins. The focus around this bootcamp is mindset, nutrition and education. Weight loss can be a result of a reboot and it’s refreshing to see that BMR doesn’t focus on the scale but rather measurements. It’s by no means a miracle solution – different people will achieve different results across three days but you’ll see why it’s about so much more than what it says on the tin. 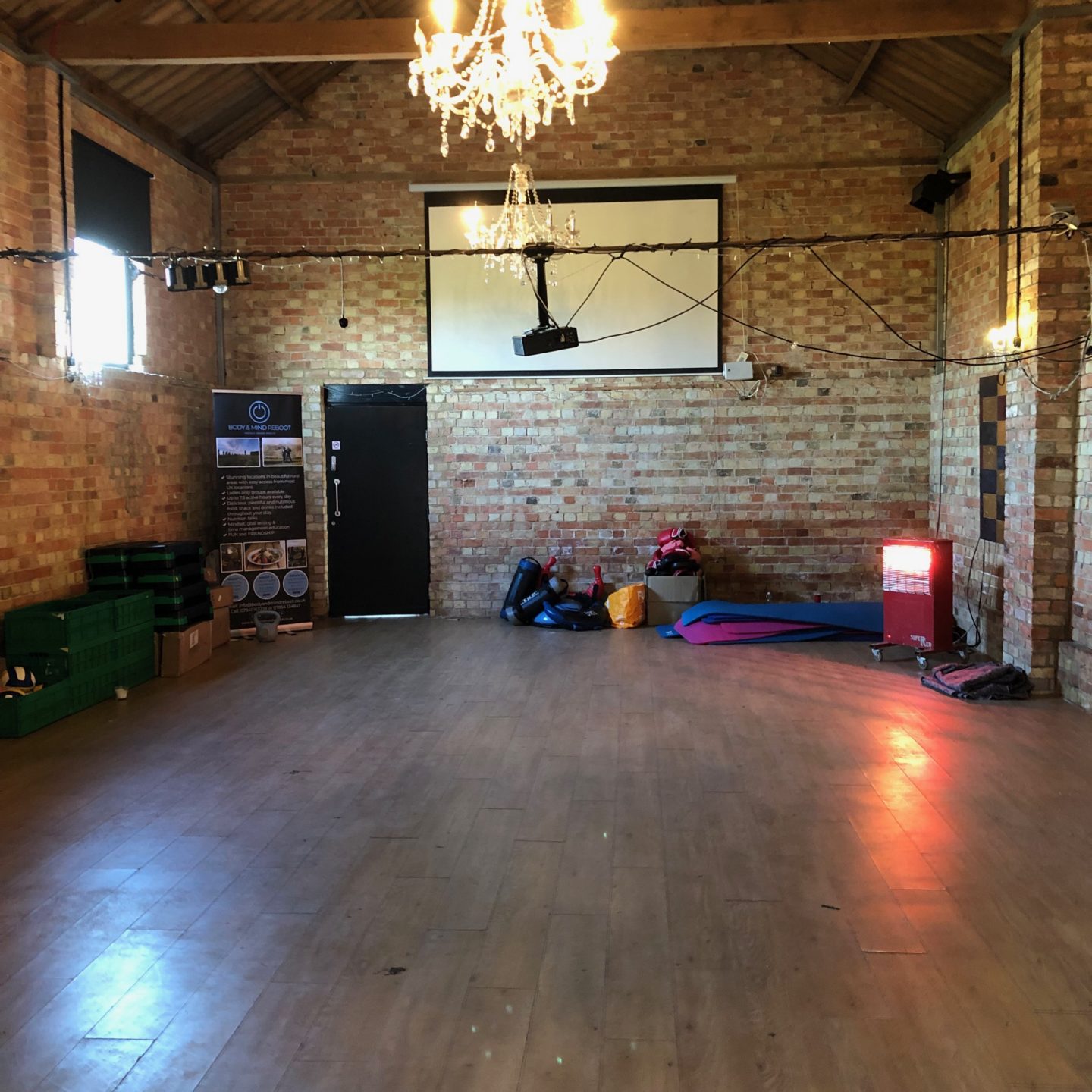 We went straight into the first fitness session just before it got dark on the Friday afternoon and I won’t lie, I found it tough. The wind was biting and I should have worn one of my bobble hats as we moved around a weights/circuits course outdoors. Honestly though, it’s the most supportive environment to work out in – Jake is encouraging without being ruthless and everyone is there for the same purpose. I thought I’d be ruined already after just half a day but we finished with indoor yoga, the perfect counterbalance to stretch out sore muscles and I’m convinced finishing Friday, Saturday and Sunday in this way helped so much to combat any potential stiffness. 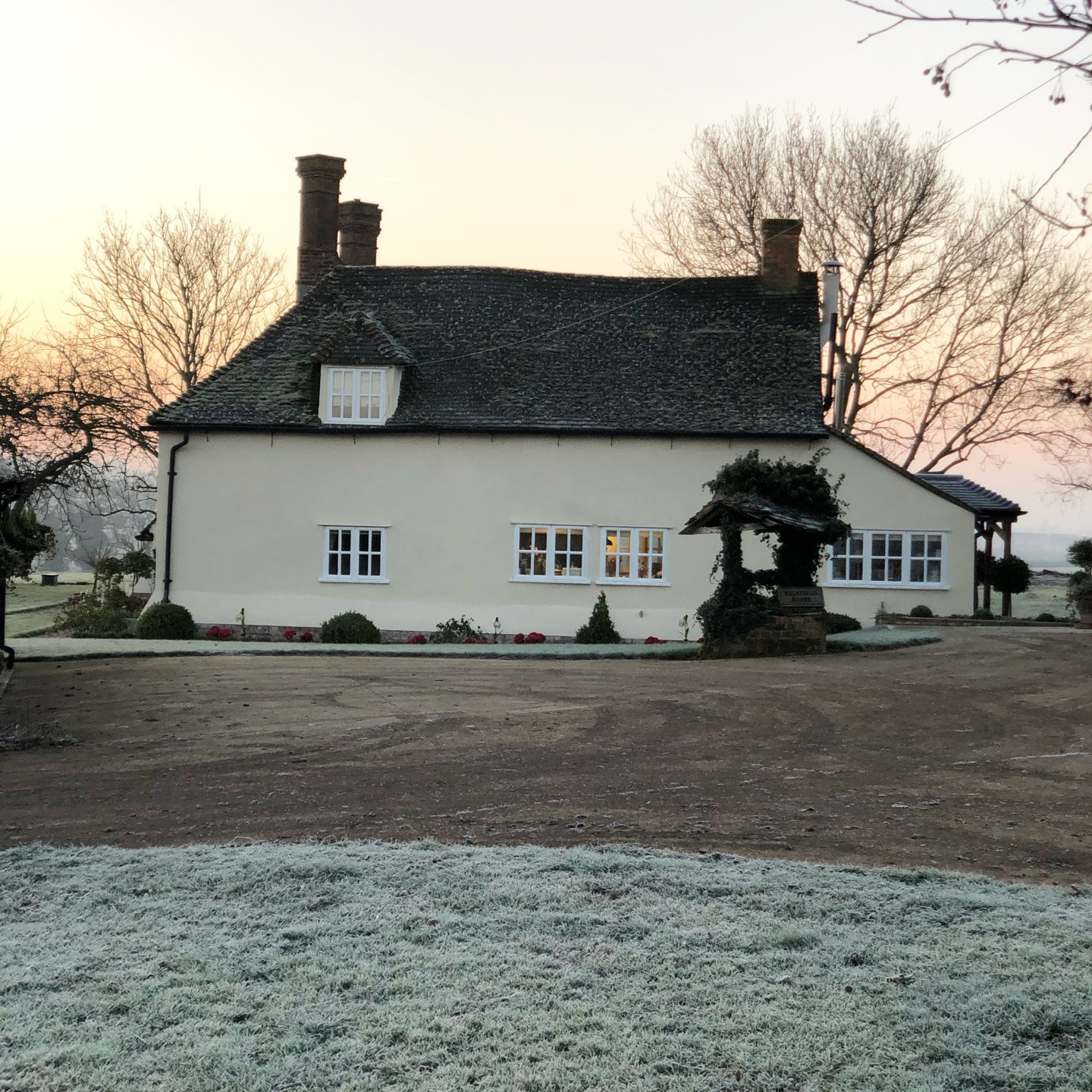 On both Saturday and Sunday, the days start with a walk through the fields around the retreat. We got so, so lucky on Sunday even thought it was -3, it was worth it for the most stunning sunrise. Typically the walks start at 7am but we left slightly later to let it get light first. I’m someone who is normally up early at the weekends with a dog but even though I’m used to it, you never get tired of starting the day this way. Doing more than 5,000 steps before 8.30 feels SO good for the mind. 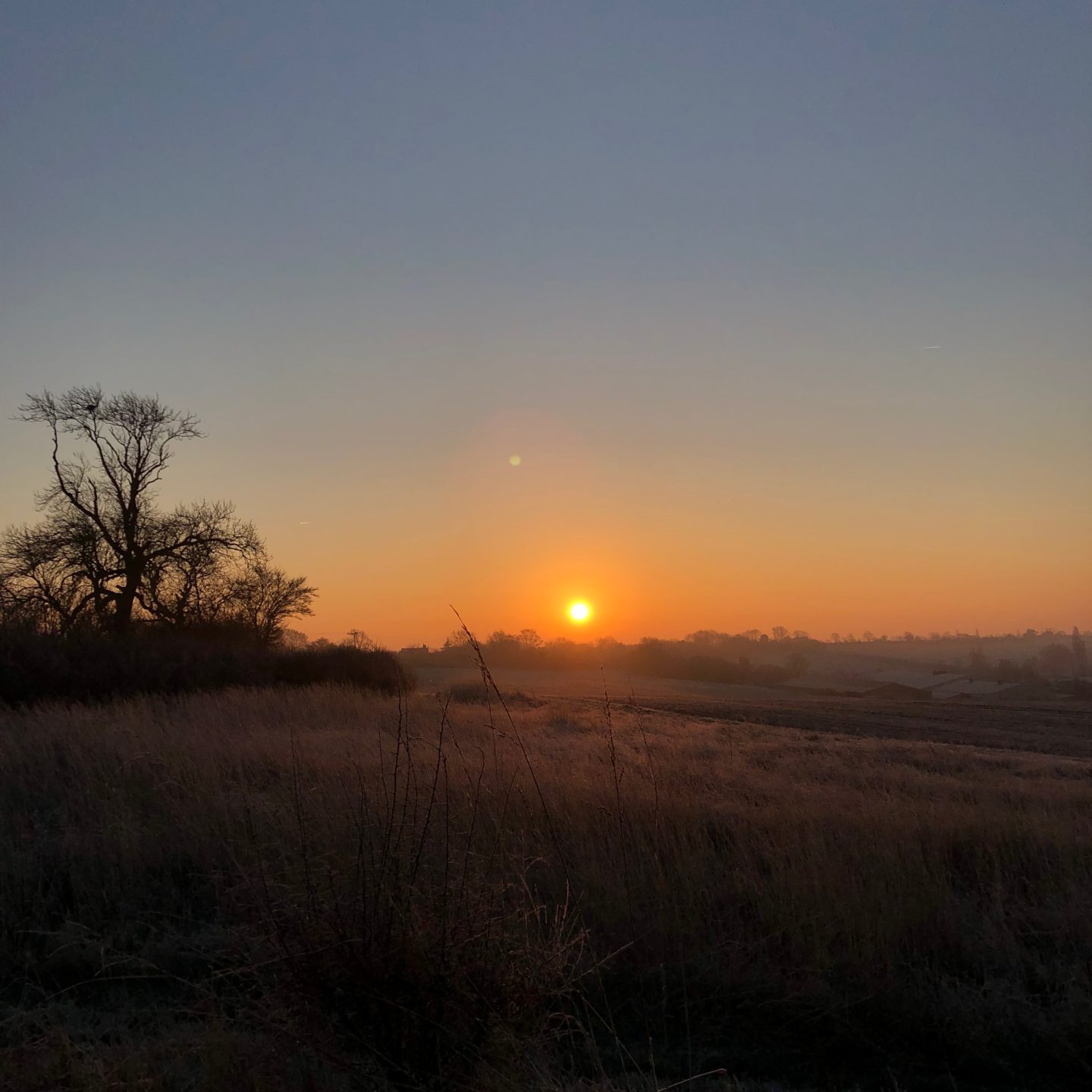 After the walk it’s back to the main barn for breakfast, hot porridge with fresh fruit and seeds has never tasted so good. Being plant-based I wasn’t sure what to expect but the porridge was made with almond milk and The Game Changer Kitchen provided amazing catering, more on that later.
Throughout both Saturday and Sunday, we did three different exercise sessions per day. 5 of these were with Jake and the remaining one was a Zumba session to warm us up on Sunday morning after breakfast. It sounds daunting but after we had an initiation on Friday it all felt more manageable. The exercise sessions are all outdoors, weather-permitting and a combination of boxing, circuits, weights, with a little bit of cardio mixed in. Again, it’s entirely encouraging but not pushy. Different weights are provided (thank God, I’m such a weakling) and you find that you want to do everything because of how supportive all the other group members are. The thought of exercise doesn’t always light my fires but there’s no denying how amazing you feel afterwards. 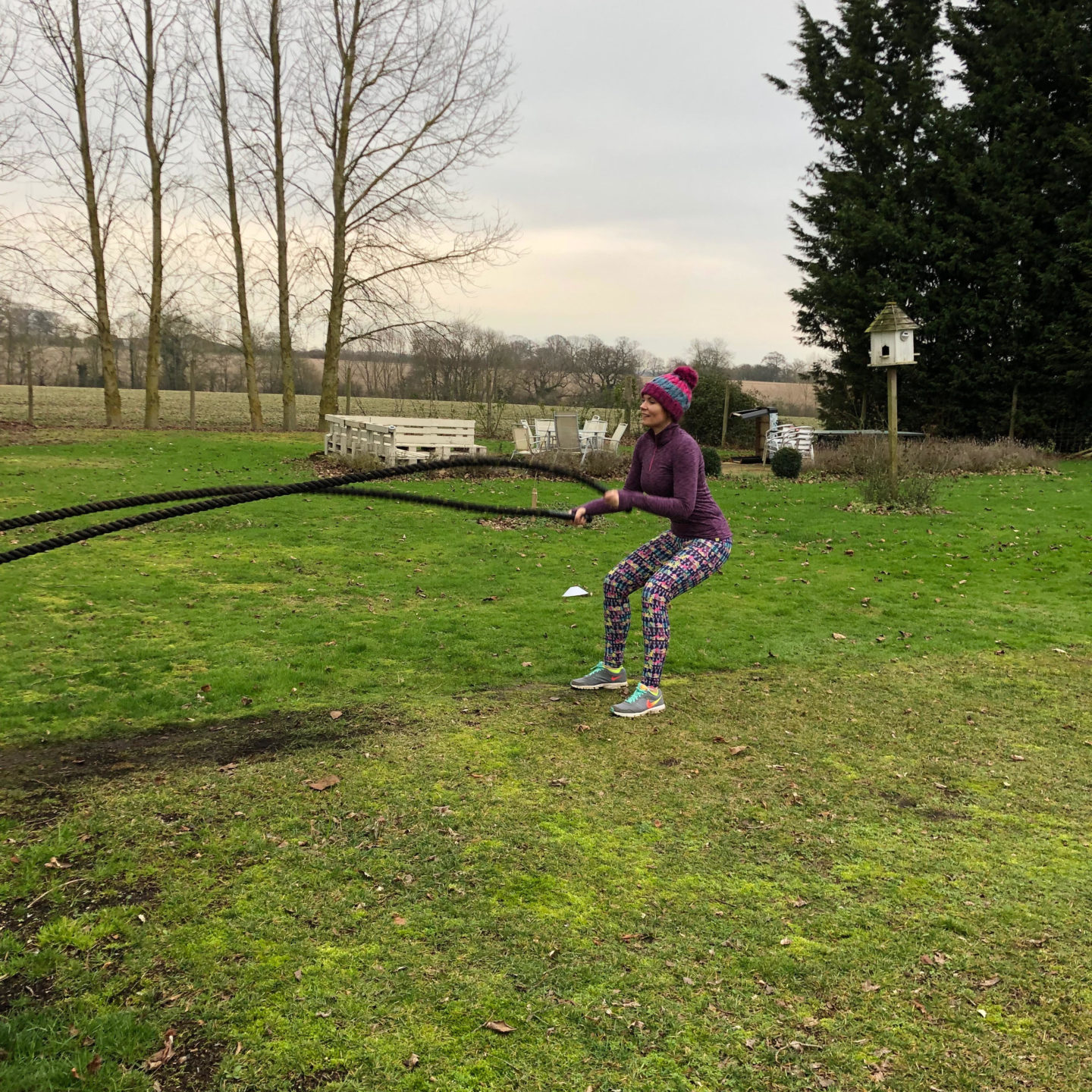 And so, onto the food – my favourite topic. Dinner is provided on the Friday; breakfast, lunch, dinner and snacks on Saturday and Sunday, and breakfast on Monday. There were always apples and bananas, tea, coffee and water if we wanted it to warm up/rehydrate between the sessions. And oh my goodness you absolutely don’t go hungry during your stay. I definitely ate so much more than I typically would on a normal day but then I was burning so many more calories too. 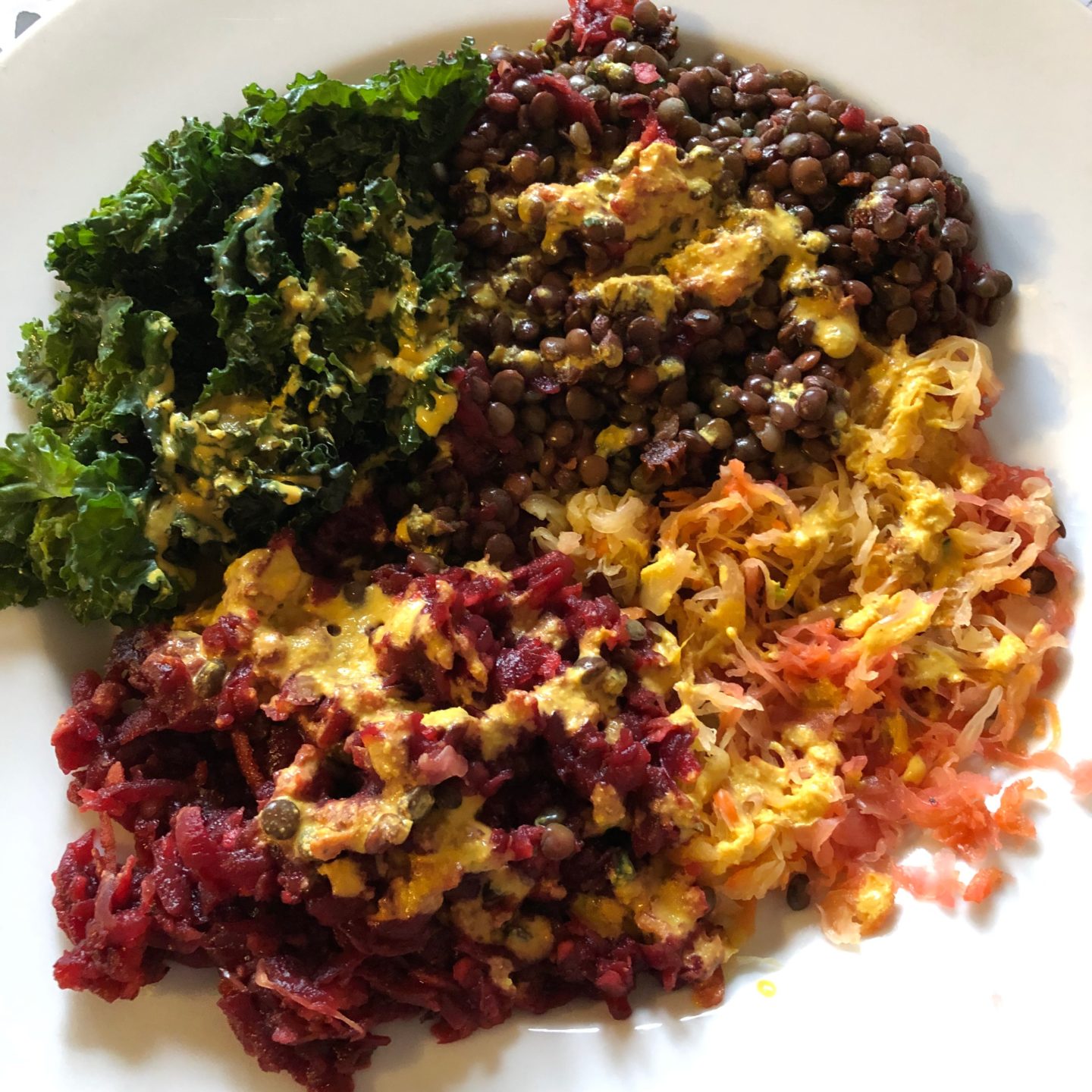 Food at Body and Mind Reboot is provided by The Game Changer Kitchen, a Milton Keynes-based business making healthy and nutritious meals. They take into account macros so you’re eating enough calories, protein and so on to complement the exercise you do on the retreat. After all, putting in all that effort outdoors is pointless if you then undo it all with bad food – 20% exercise, 80% what we eat is so important to remember. My meals included an amazing Detox bowl of beetroot, sauerkraut, and kalettes; a lentil Dhaal with brown rice and a vegan chili with sweet potato. Everything I ate was incredible and it feels so good knowing that you’re putting the right nutrients into your body (and that someone else has gone to the effort of cooking). 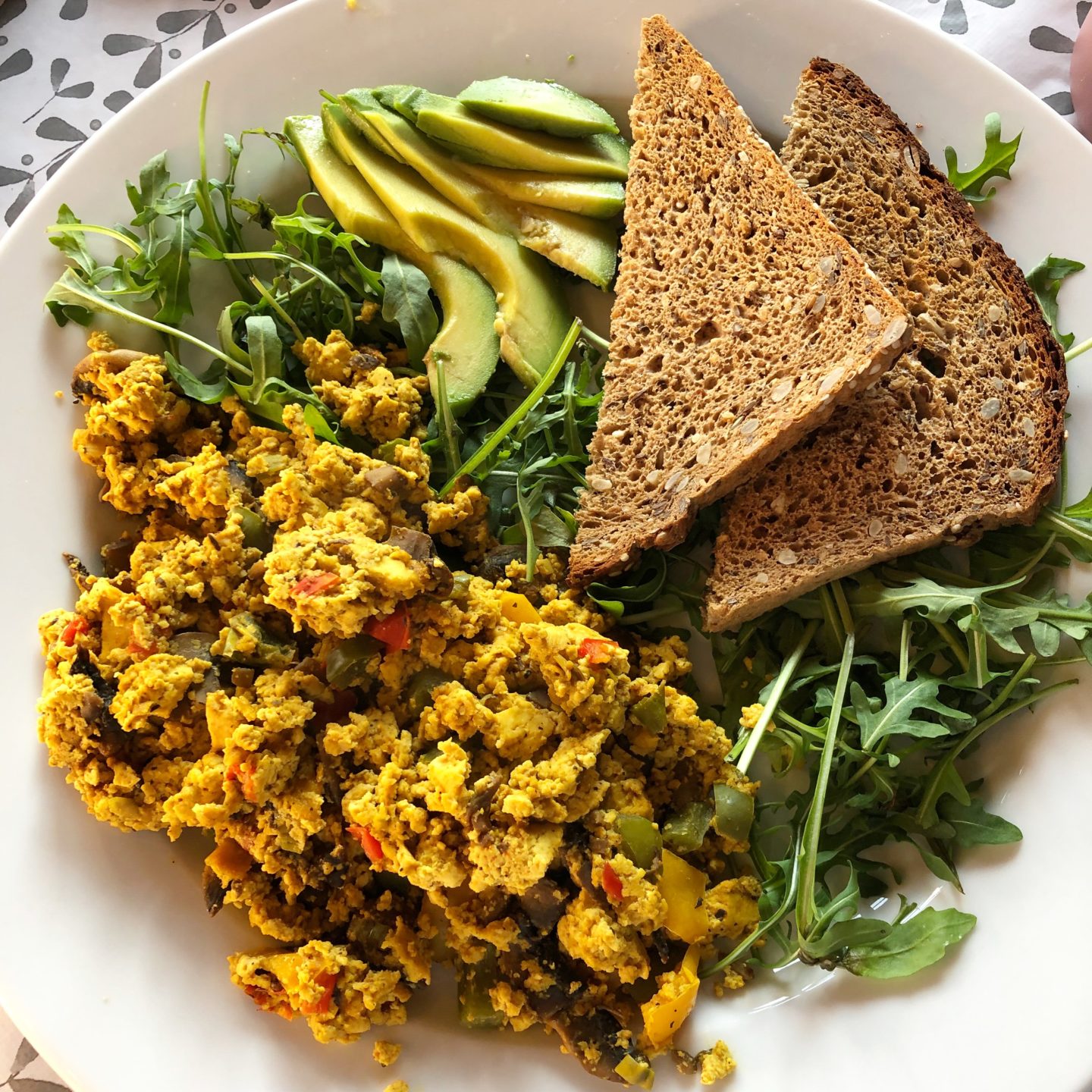 When we weren’t exercising and eating, the remainder of the time is spent taking part in and being inspired by some amazing group sessions. The guest speakers differ from month to month but we spoke about everything from body image to visualisation to goal setting and nutrition. And this is what really marks it out as being different from a normal ‘bootcamp’ and why there is an element of ‘retreat’ in there. We get so little time for ourselves, all the things we should focus on to make ourselves better individuals and which in turn make us better friends/partners/colleagues. 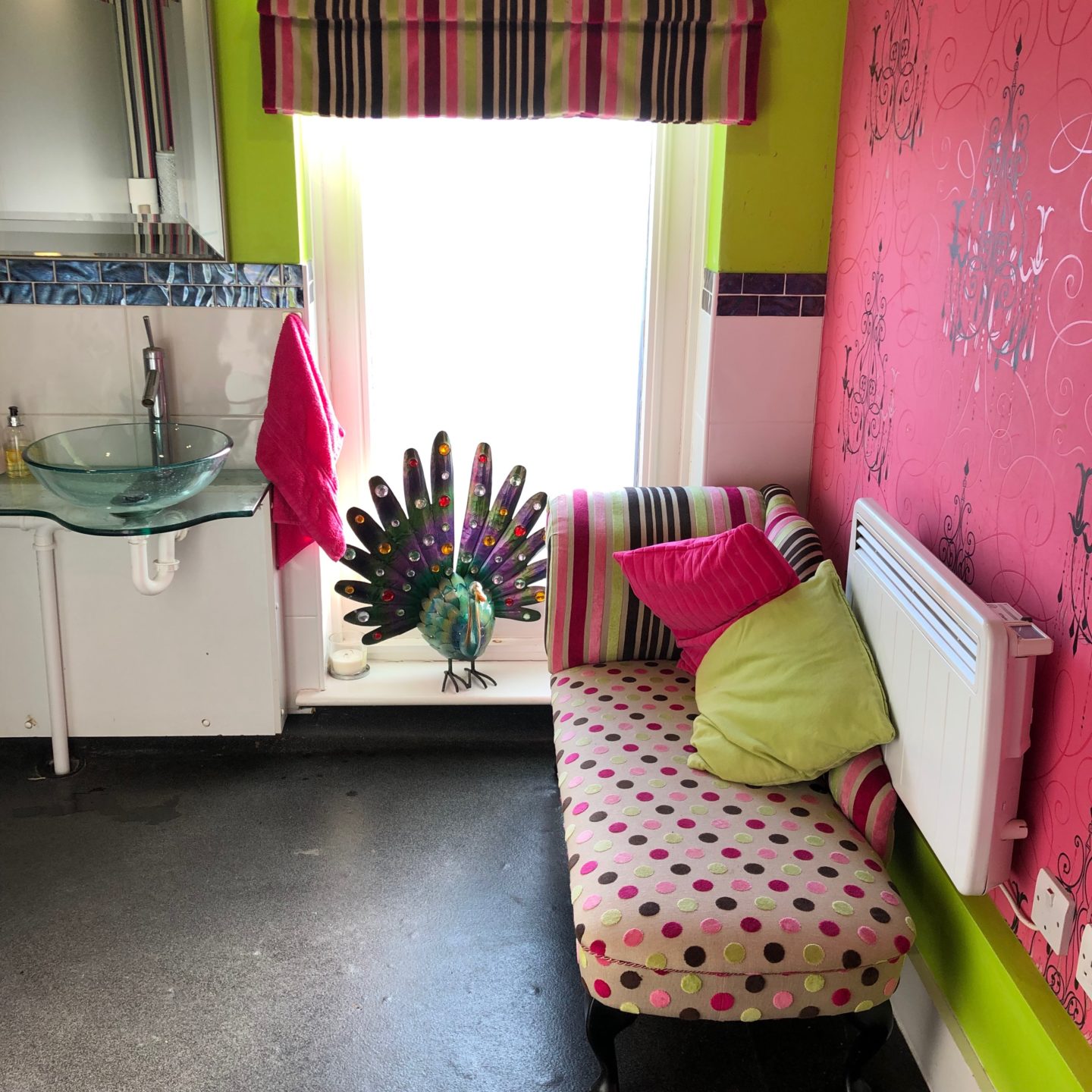 Nothing at the Body and Mind Reboot is compulsory of course, but to my mind you only get out of it what you’re willing to put in. I felt so able to be me, to talk freely about life, challenges, worries and so on. It’s really cathartic opening up to a group of strangers about what’s going on in your life and it was the best possible way to gain some proper therapy over the three days which I really wasn’t expecting. You can also book in advance for manicures/pedicures/massages which take place in the evenings after dinner and then we either sat around the communal dining area chatting, read, hot-tubbed or headed to someone else’s room for a bit of TV. 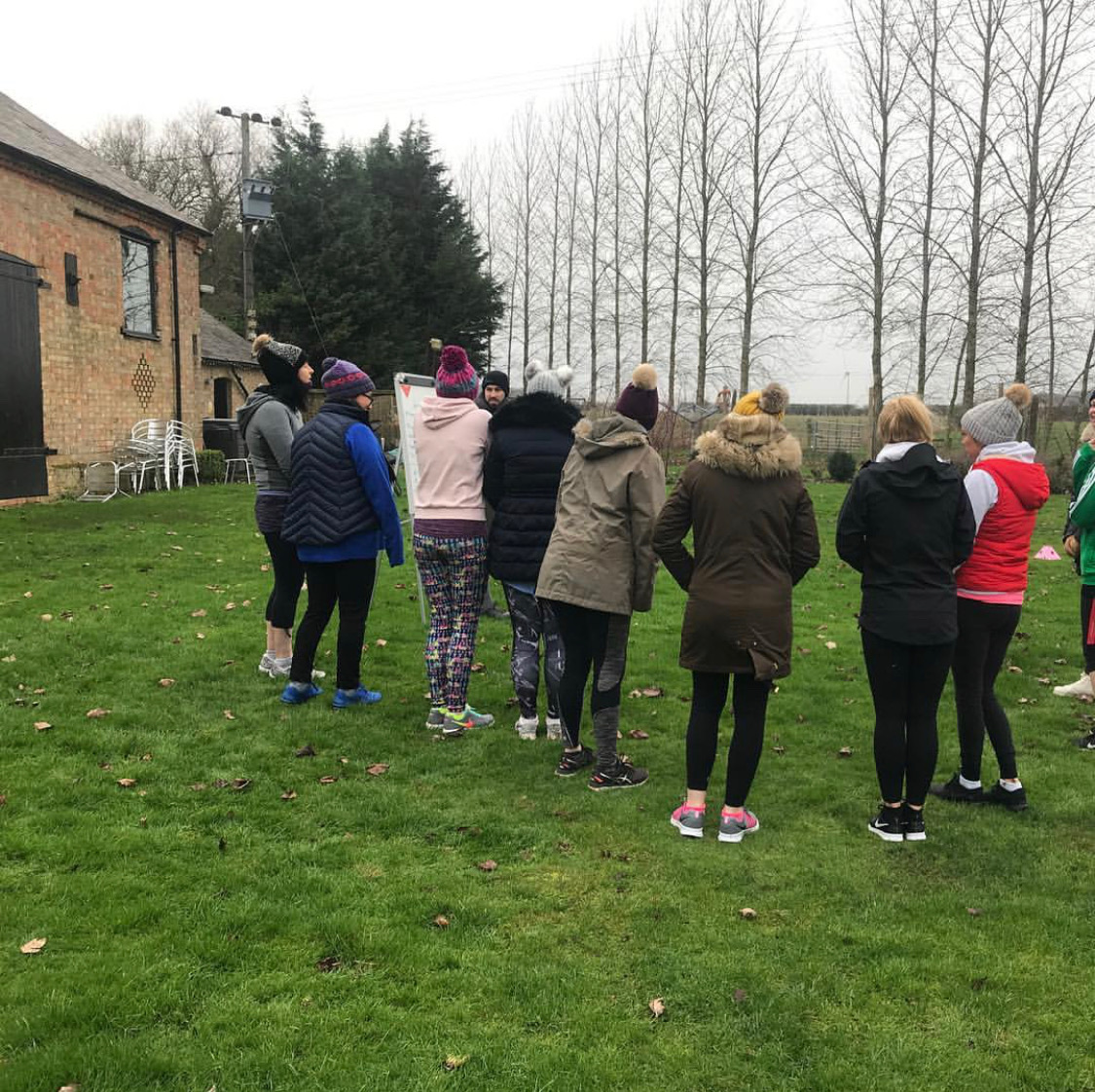 I know this seems like I’m rewriting the Bible this is SO long, but I hope it really shows what an amazing time I had at Body and Mind Reboot. Despite that, my words mean nothing when I realised just how many of the ladies I was with had been to previous retreats and loved it so much they booked to come back. And some of them are going again in February and then later in the year. One of the ladies said at the end of the weekend that she’d wanted to go home on Friday night. And by Monday morning, she felt so inspired she’d made a big life-changing decision. They’re far greater testimonials than any words I could ever write. On the final morning we had an exercise session followed by breakfast and our closing 1-2-1. 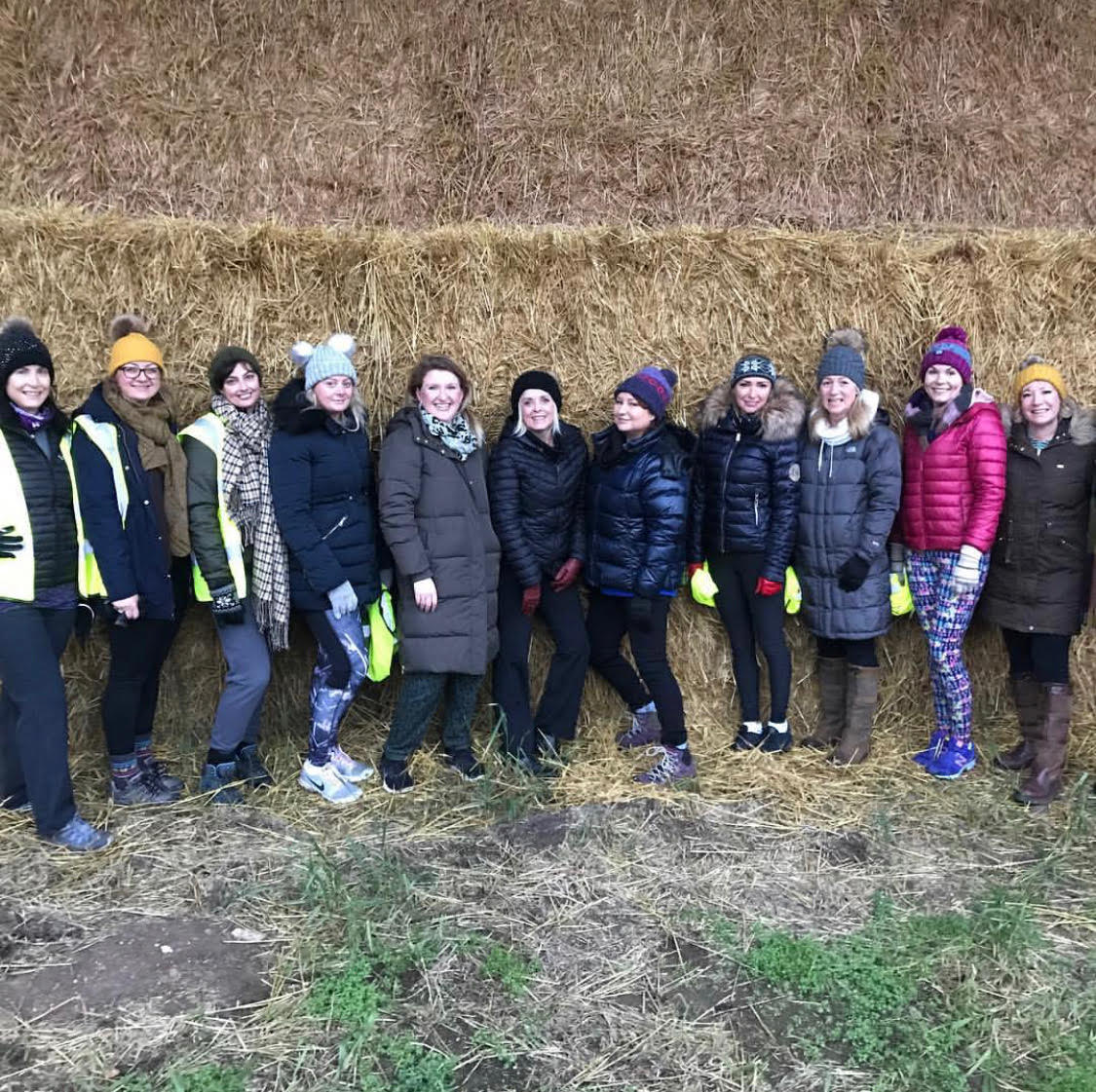 Was it a success? Well my weight remained the same (to be honest, I’m not wanting to lose any weight at the moment whilst it’s so cold, I need all my insulation ;)) but I did lose an inch or two from almost everywhere and can definitely feel that my waist, arms, legs are all tighter after just 3 days. But for me it wasn’t about any of that. I wouldn’t tell people go on Body and Mind Reboot to lose weight or get fit. I’d tell them to go on it to learn that it’s ok to put ourselves first, meet some inspiring people and be open-minded to see how much can change in just a long weekend. It’s just as much about rebooting the mind as it is about rebooting the body.

This is a review post after I was invited to attend a 3-day bootcamp at Body And Mind Reboot. All words, thoughts and images are my own unless otherwise stated.