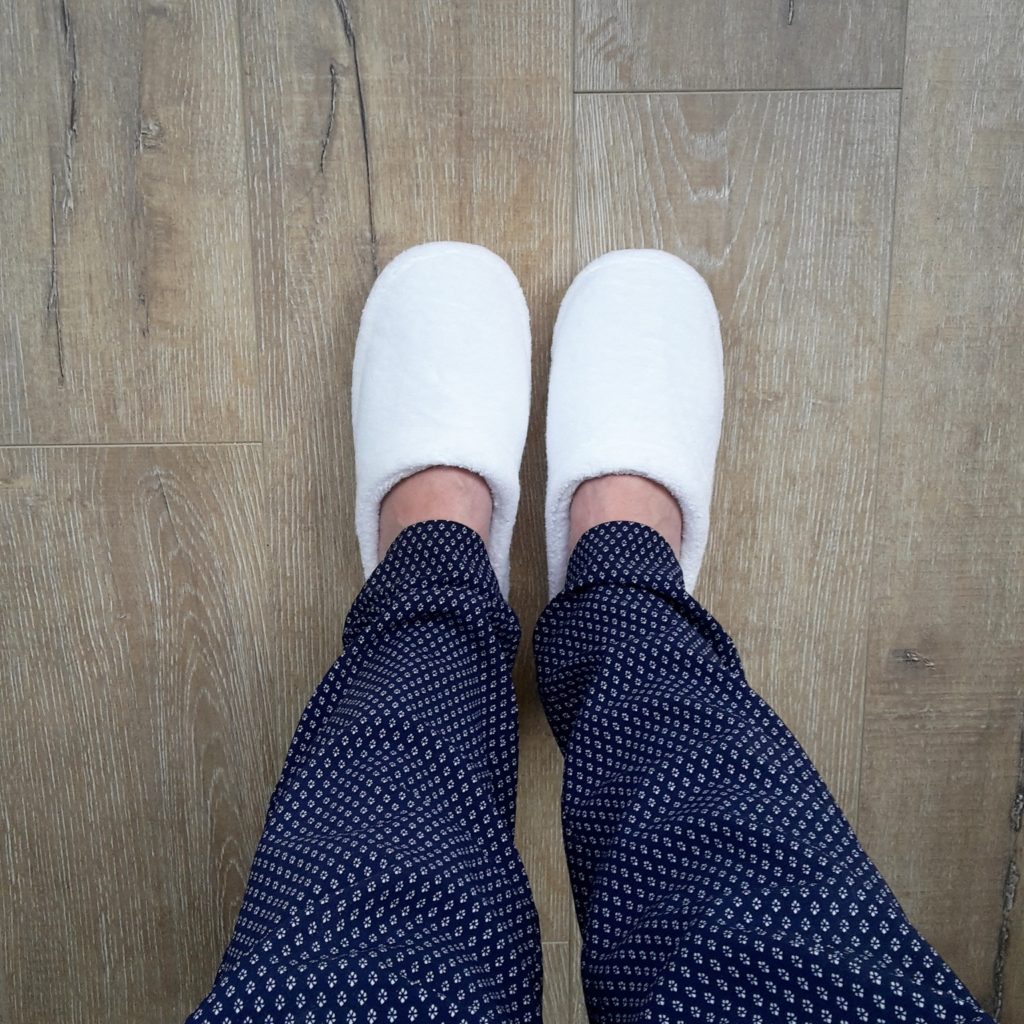 Two years in to our renovation project and we still haven’t entirely figured out the best order to do things in. This home is a lot like one of those plastic slidy puzzles where things keep needing to be shifted around in order to get to what we really want to do. A classic example is our two spare bedrooms – we want to turn the one at the front into a guest room but it’s currently full of stuff, most of which belongs to Pete including somewhere in the region of 3,000 homeless CDs. We’ve decided to build cupboards in the alcoves of the back bedroom which means we can store all the CDs (and other bits and bobs) to free up the front room. But we can’t build the cupboards until we’ve replaced the floor in the back bedroom…you get the picture!

We are now one step closer though because in the last few weeks that new floor has happened and it looks just as great we hoped it would. We’re ruthlessly ripping out carpets as we go and I know it’s a bit of a controversial move for upstairs rooms/bedrooms but we’re just not carpet lovers and especially with animals it’s a lot easier to keep wooden floors clean than carpets (plus hygenic too!) So for our two spare rooms we’re going for the same floor that’s in the office and we’re so, so happy with it. 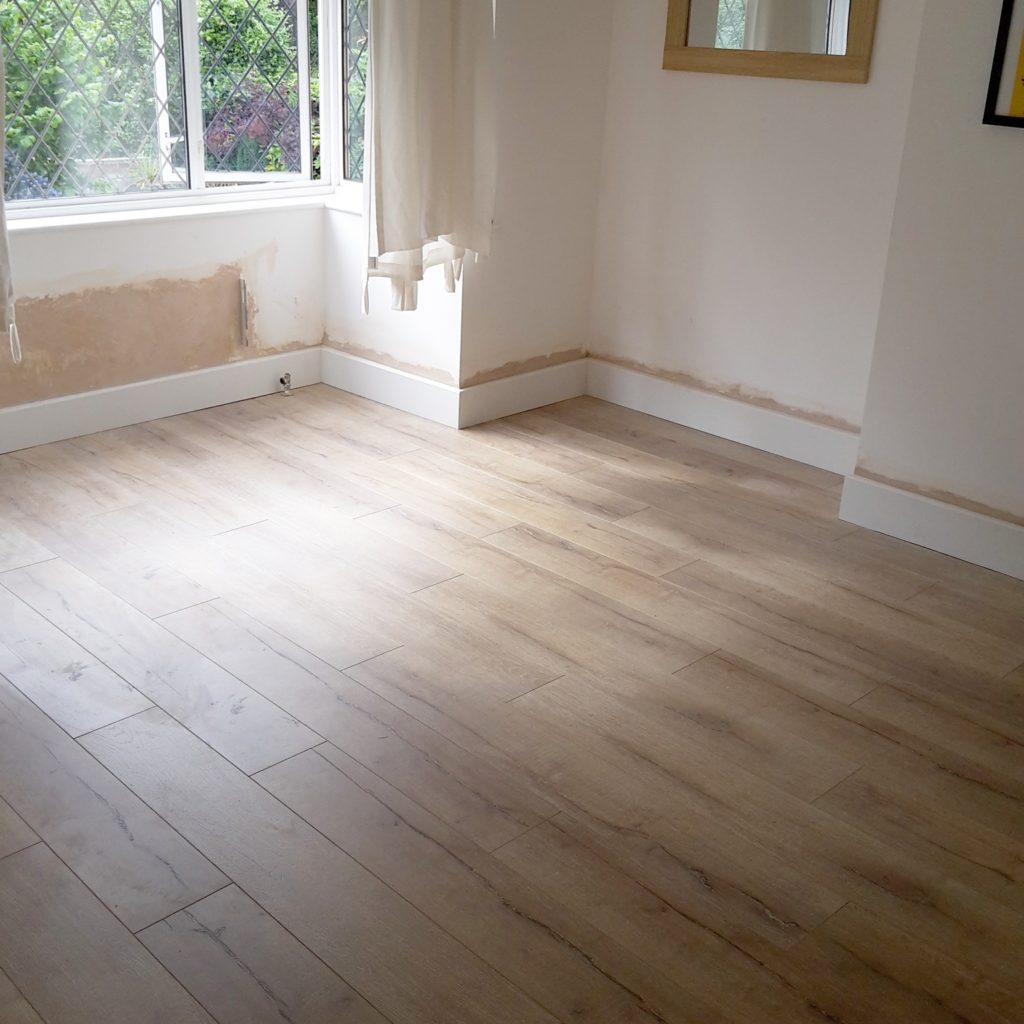 It’s never easy though and after taking up the old carpet and underlay comes the worst bit – taking off the skirting which was very much designed to stay put when the house was built back in the 1930’s. If you wonder why we take it off it’s because you get a much better finish with a new floor if it can be laid flush to the wall and then new skirting placed on top of it. Plus, we have different skirting in just about every room in this house so as we go round we’re gradually replacing it all to be the same. 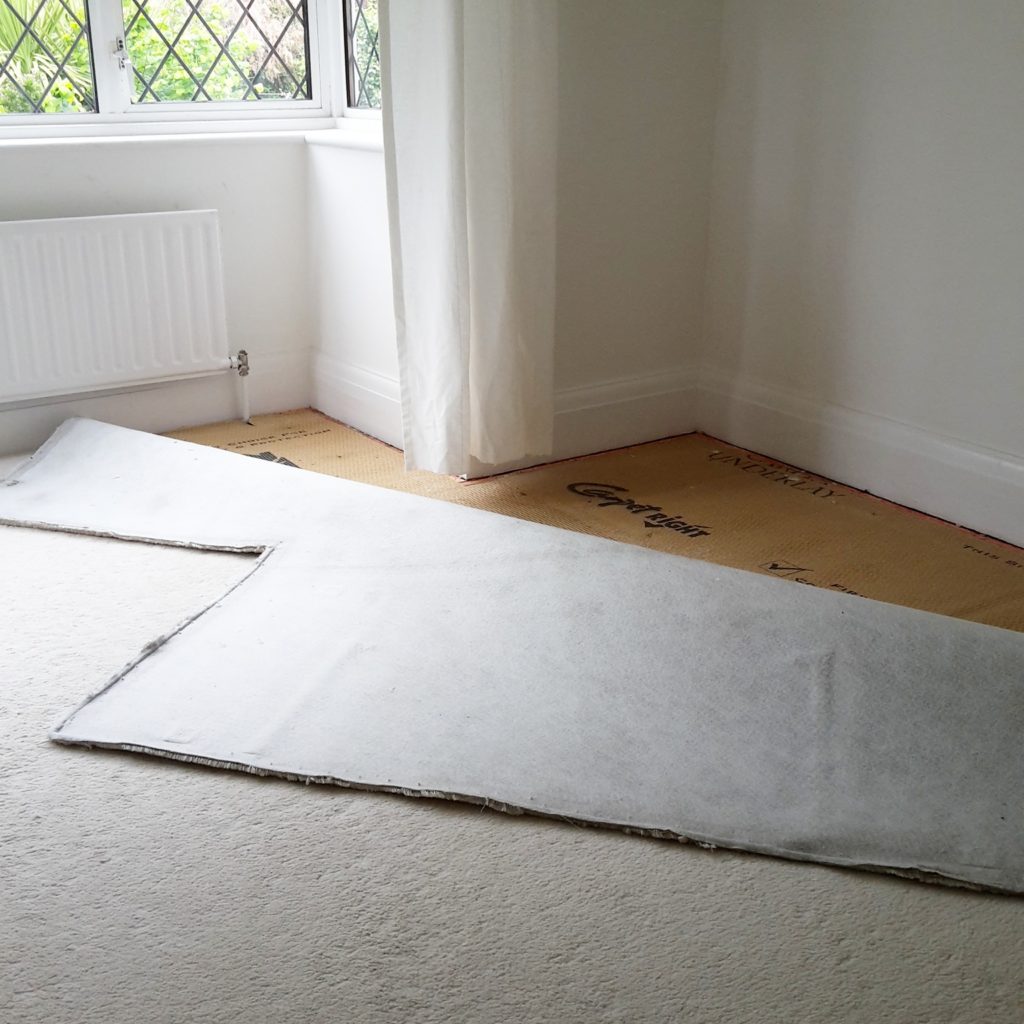 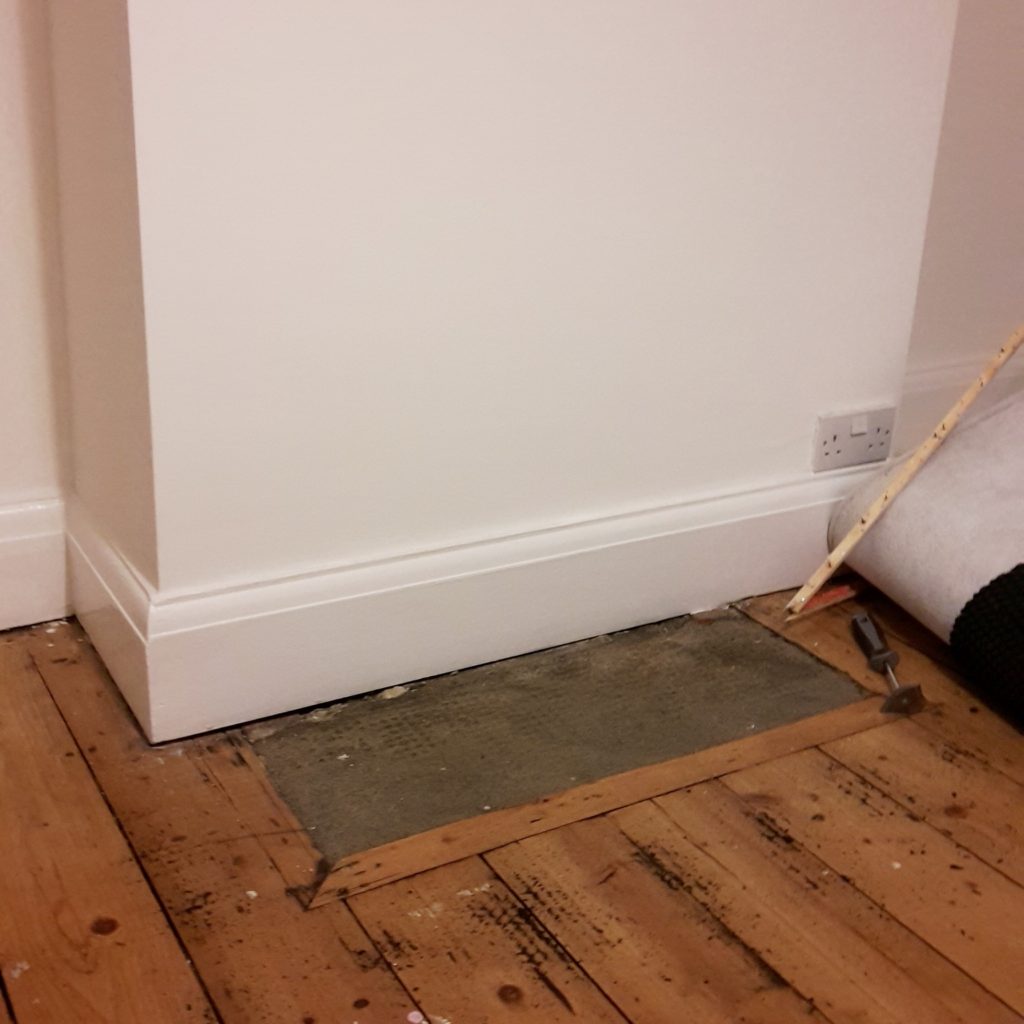 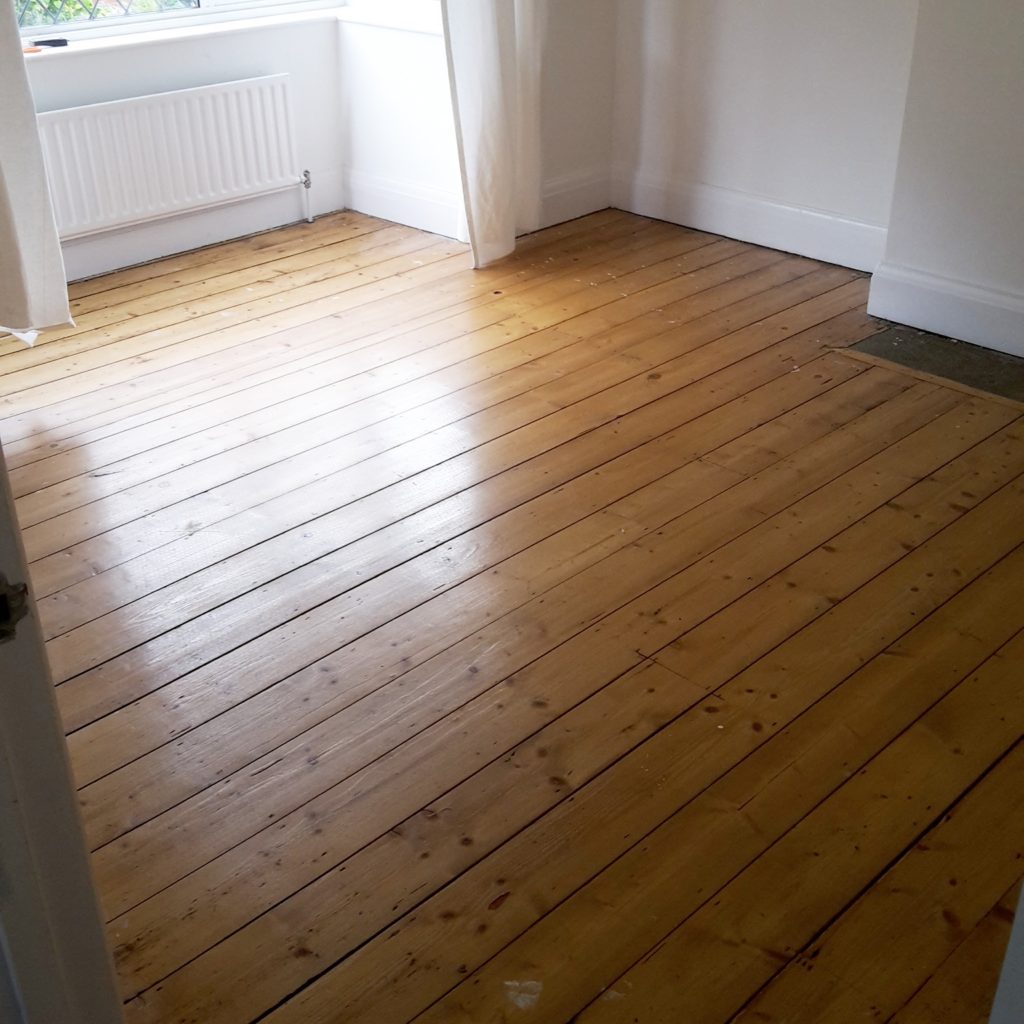 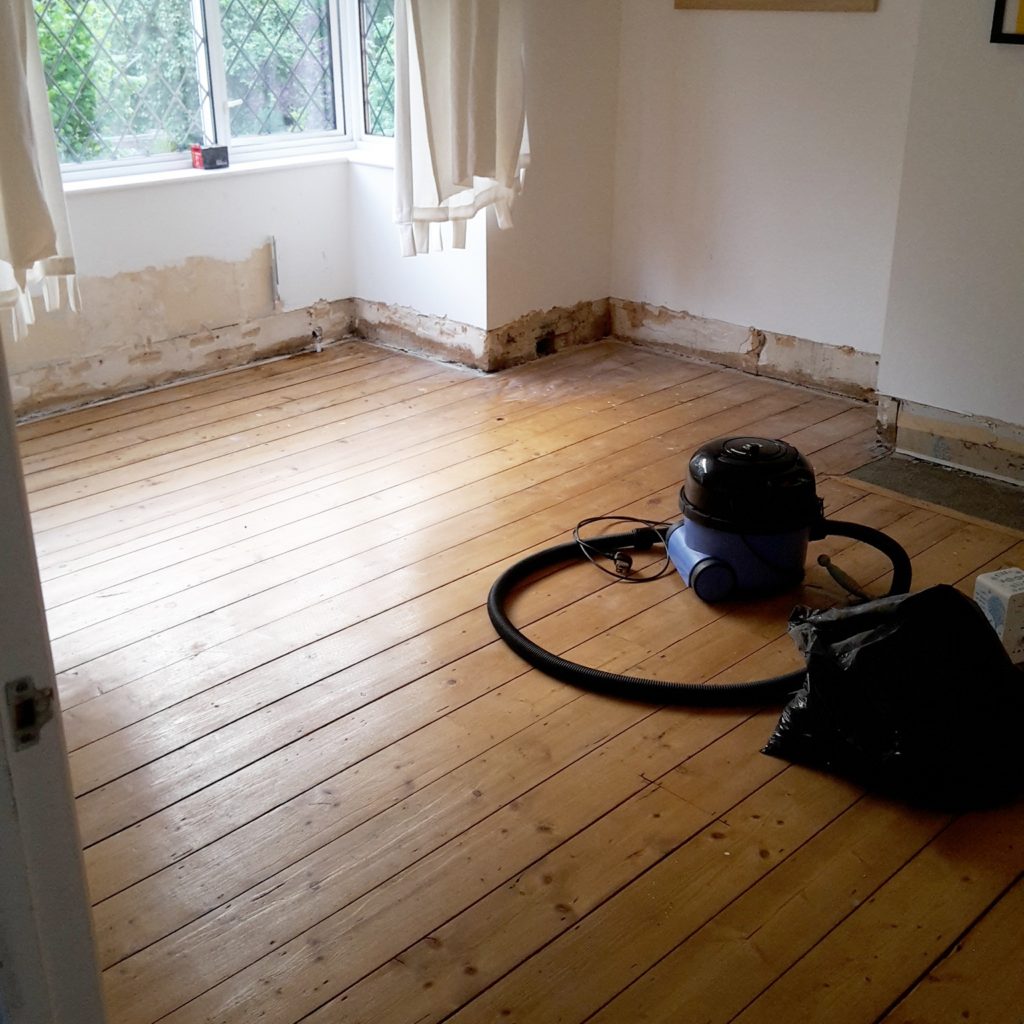 This time around we were much faster at taking off the skirting than when we did the office but it still took both of us an entire day to remove it, learn how to take off a radiator (yay!) and screw down all the existing floorboards. Our favourite local flooring company AJ Rogers came to tape and latex the boards which creates a smooth, even surface to lay the new floor on and then were back a day later to lay the flooring but too much damage had been done to the walls when the skirting came off so we then had to get a plasterer in to plaster the bottoms of the walls so they could come back and fit the new skirting. 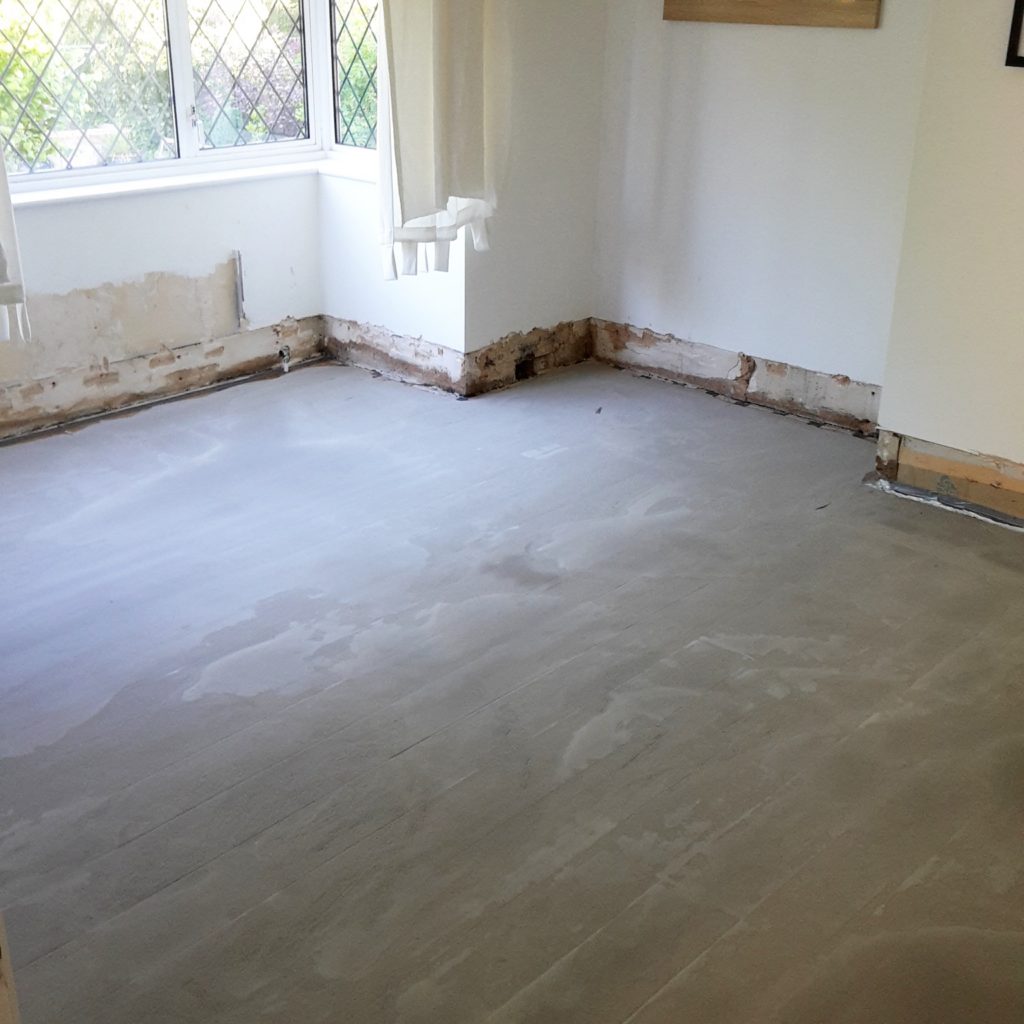 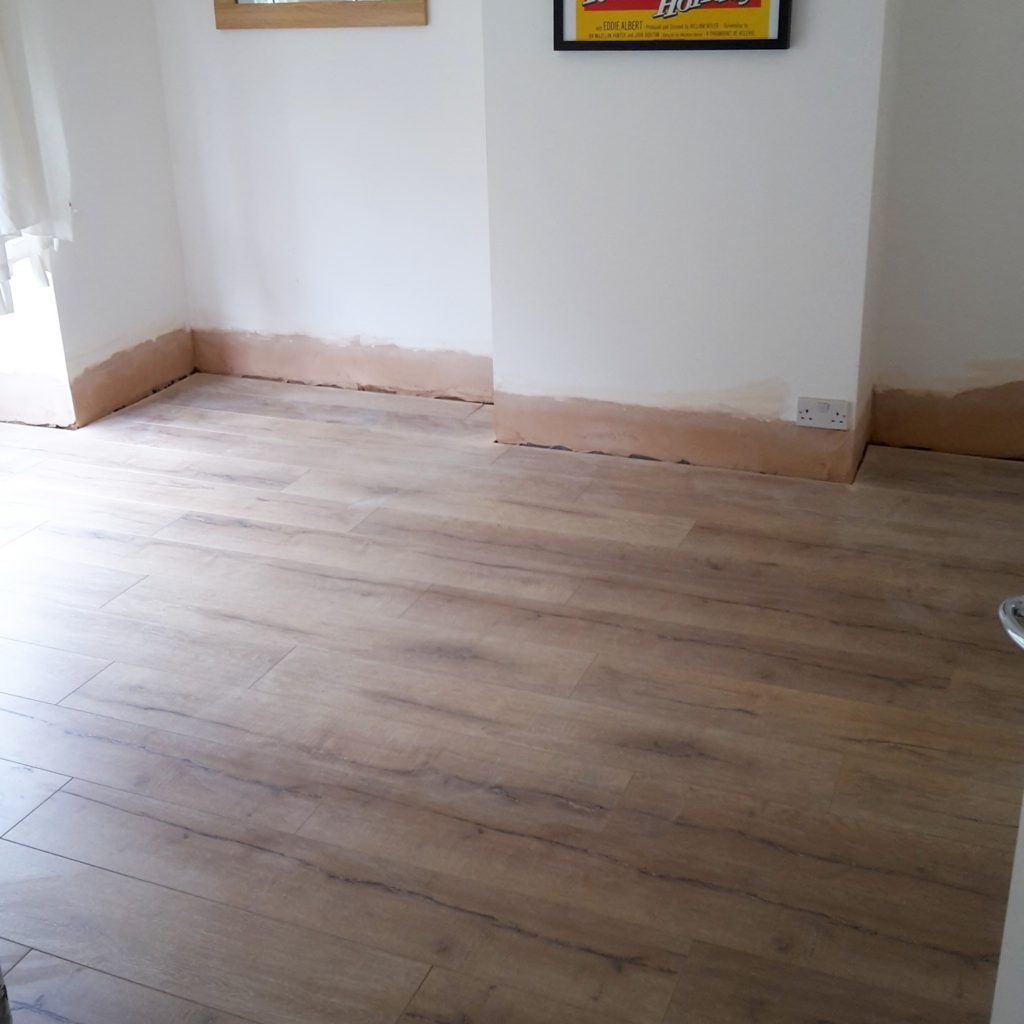 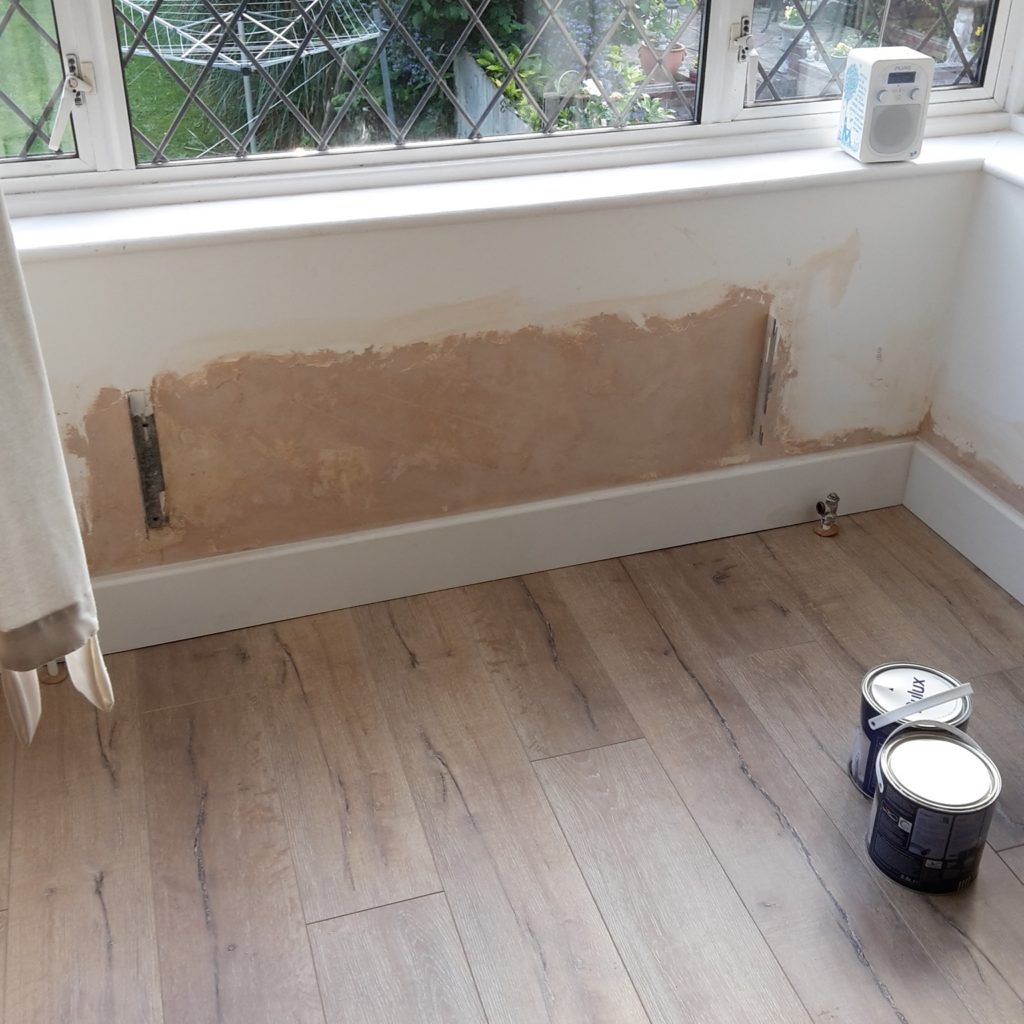 As always, nothing ever runs smoothly but now it’s done and all that’s left is for me to prime the walls and paint the skirting before we move on to building the alcove cupboards. Another little part of that puzzle coming together though!