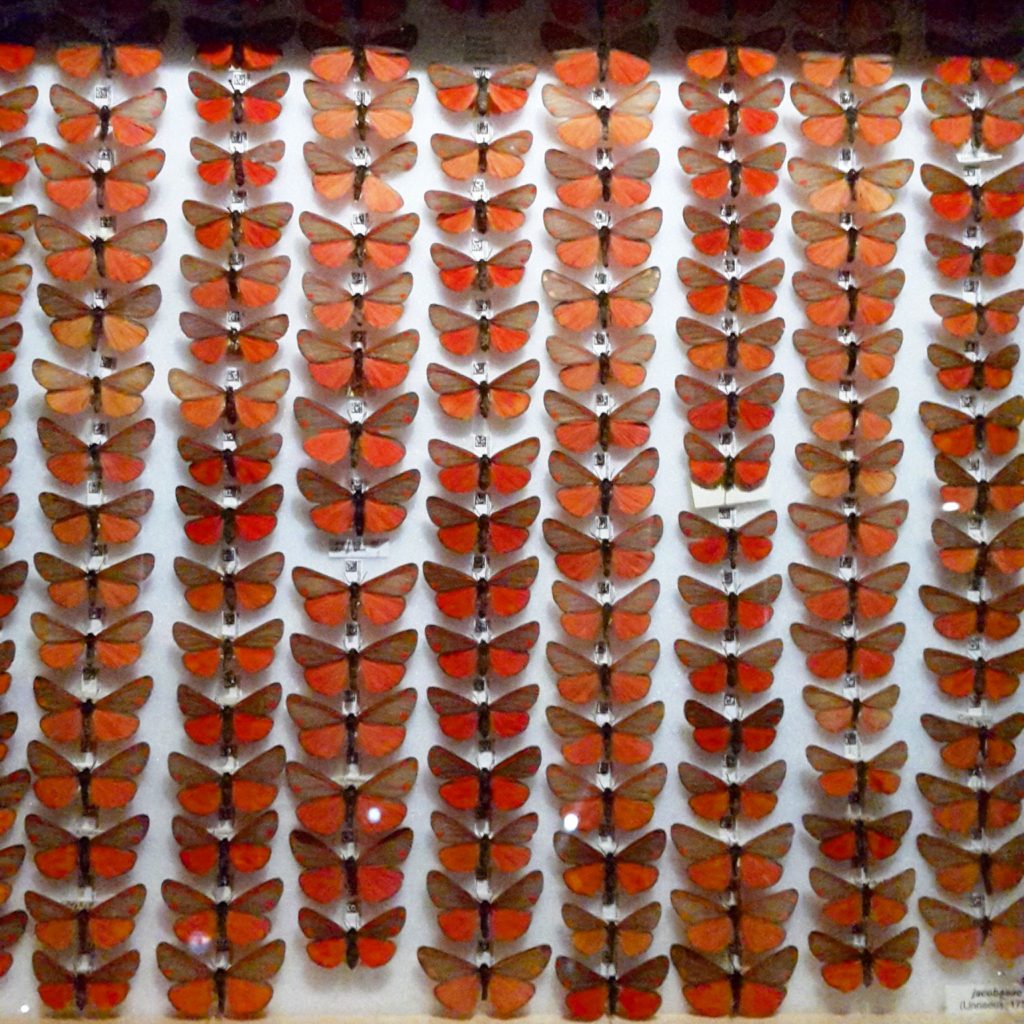 I’m the type of person that’s drawn, like a curious cat, to any place I shouldn’t really be. What’s behind that closed door that says ‘Private’ or up the staircase which has a rope barrier across it strung with a ‘no entry’ sign? What makes staff so special they get the ‘staff only’ treatment? It’s not enough to just be told, I want to see and experience what only the privileged few see and my mind works in such a childlike way that I once wondered if you could go through every door in the UK in a lifetime. Probably not.

My natural curiosity was recently partly sated when I paid a little visit to one of my favourite places in London, the Natural History Museum, before the doors were open to the public for the day. Myself and some other bloggers were invited to our personally curated tour of the current ‘Colour and Vision – Through The Eyes Of Nature’ exhibition and it was exactly as the Guardian describes:

“A mind-expanding peepshow of nature”

The exhibition portrays a coming together of art, science and technology with over 350 rarely seen specimens, demonstrating how colour has played an integral part in the evolution of nature since time began. Most of us are aware of colour in some animals or plants representing danger, whilst in others it’s a mating enablement. What I didn’t know before our tour was that creatures you would never expect to have eyes, like some molluscs, have a quite astounding sense of sight. This was explained to us by colour evolution researcher Dr Suzanne Williams, who led us down underground into one of the immense ‘spirit’ or ‘tank’ rooms (not open to the public, yay!) to tell us more about the research she’s been doing with molluscs. We saw blown-up images which showed how clams in particular have the most amazing blue eyes, and many of them, despite not having a head. Last but by no means least, we saw some of the original specimens collected by Charles Darwin during his expeditions. It’s not often I feel in the presence of greatness, but that was definitely one of those moments – almost as though his spirit really was in the spirit room (named because of the solutions the samples are kept in, not in reverence to the lost souls of animals) 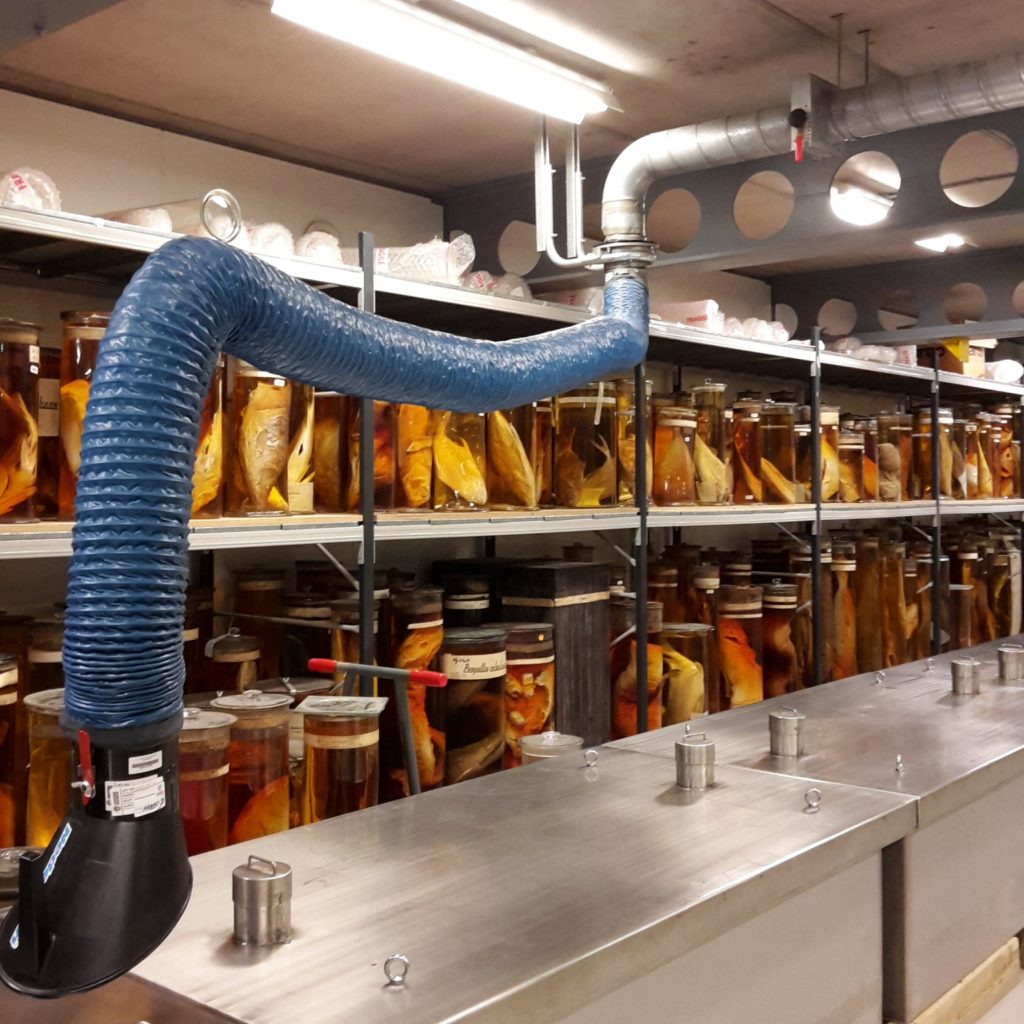 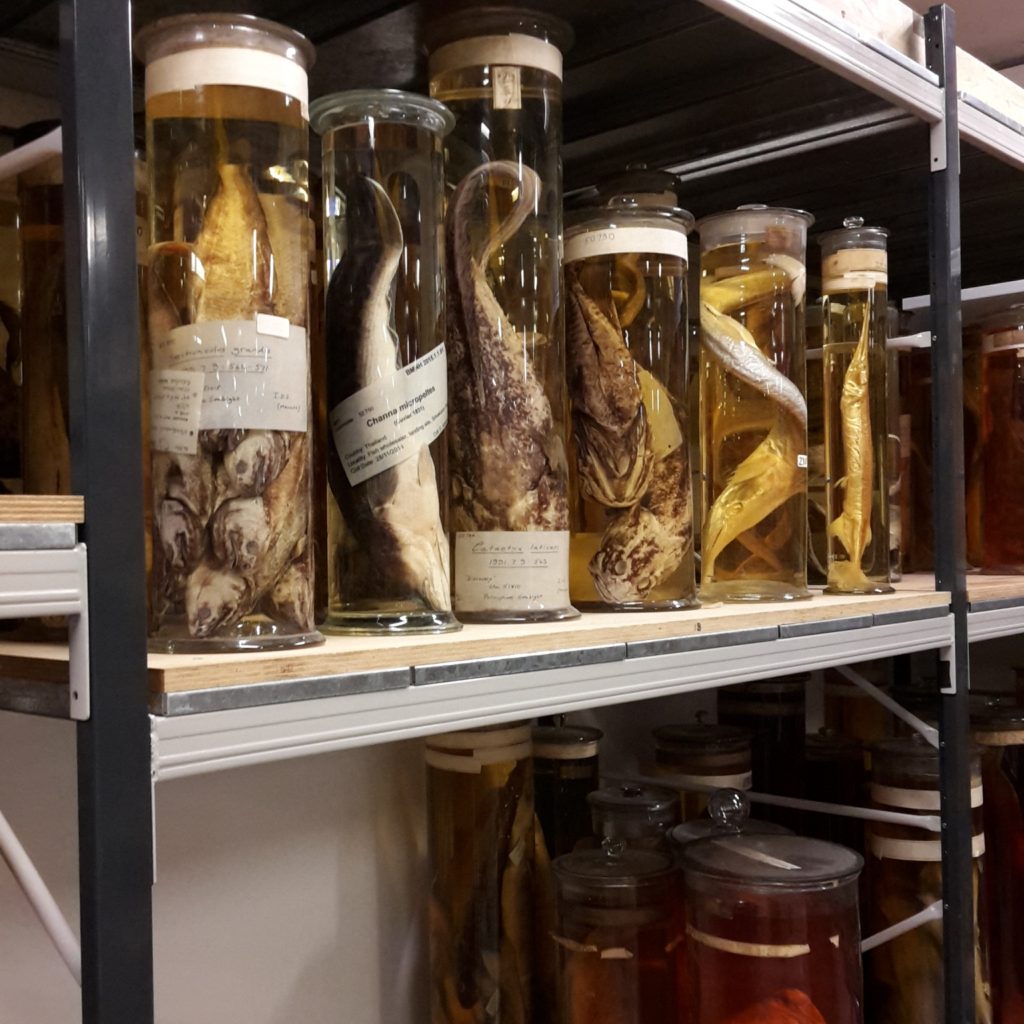 After the tank room tour we were led up to the main exhibition which opens with a stunning light art installation named ‘Our Spectral Vision by artist Liz West and thought-provoking questions about colour. Liz was inspired by seeing some of the museum specimens in creating her piece, designed to provide a moment of peaceful reflection. The tour which follows takes in 555 million years of the evolution of colour, something which is almost impossible to comprehend. Yet it’s not just relevant to the natural world around us – the visitor is challenged to consider how colour plays a part in our own lives as well as acknowledging its role in the realm of fashion, design and technology. 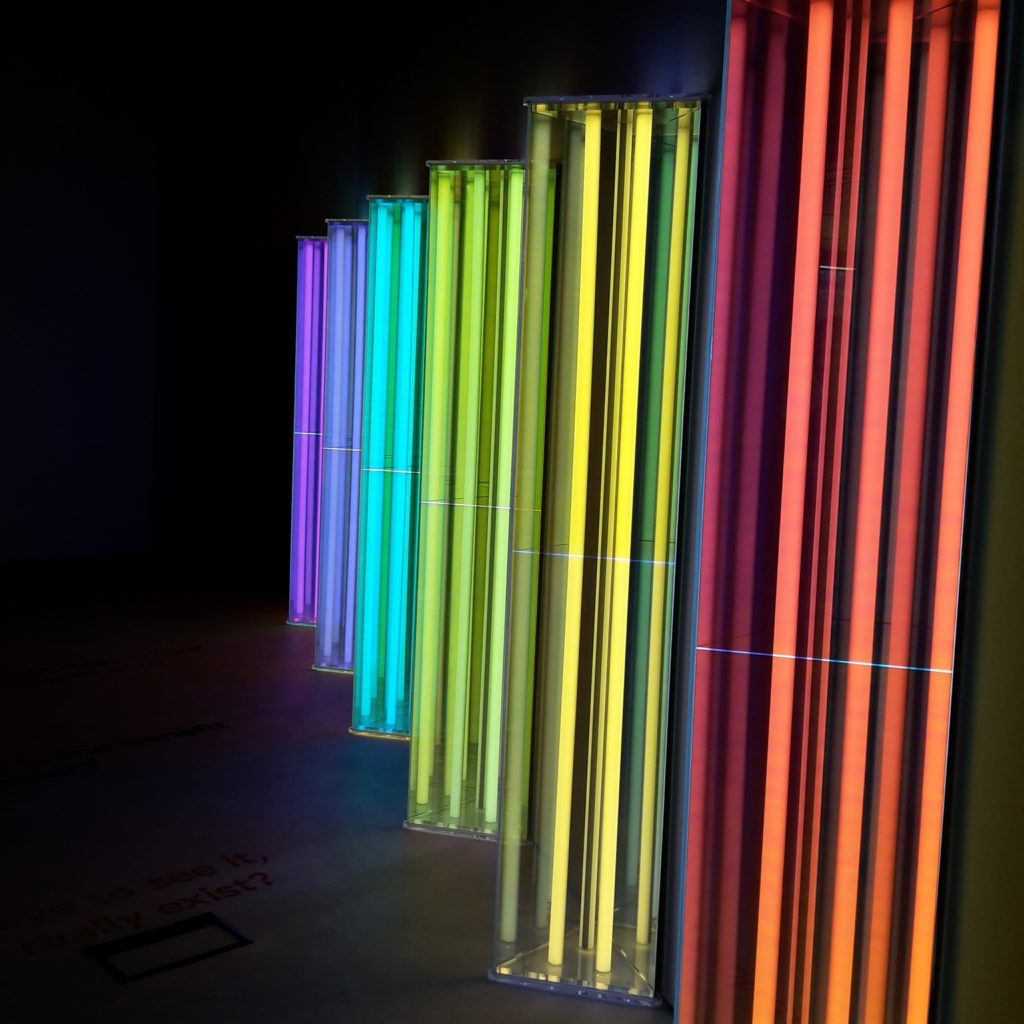 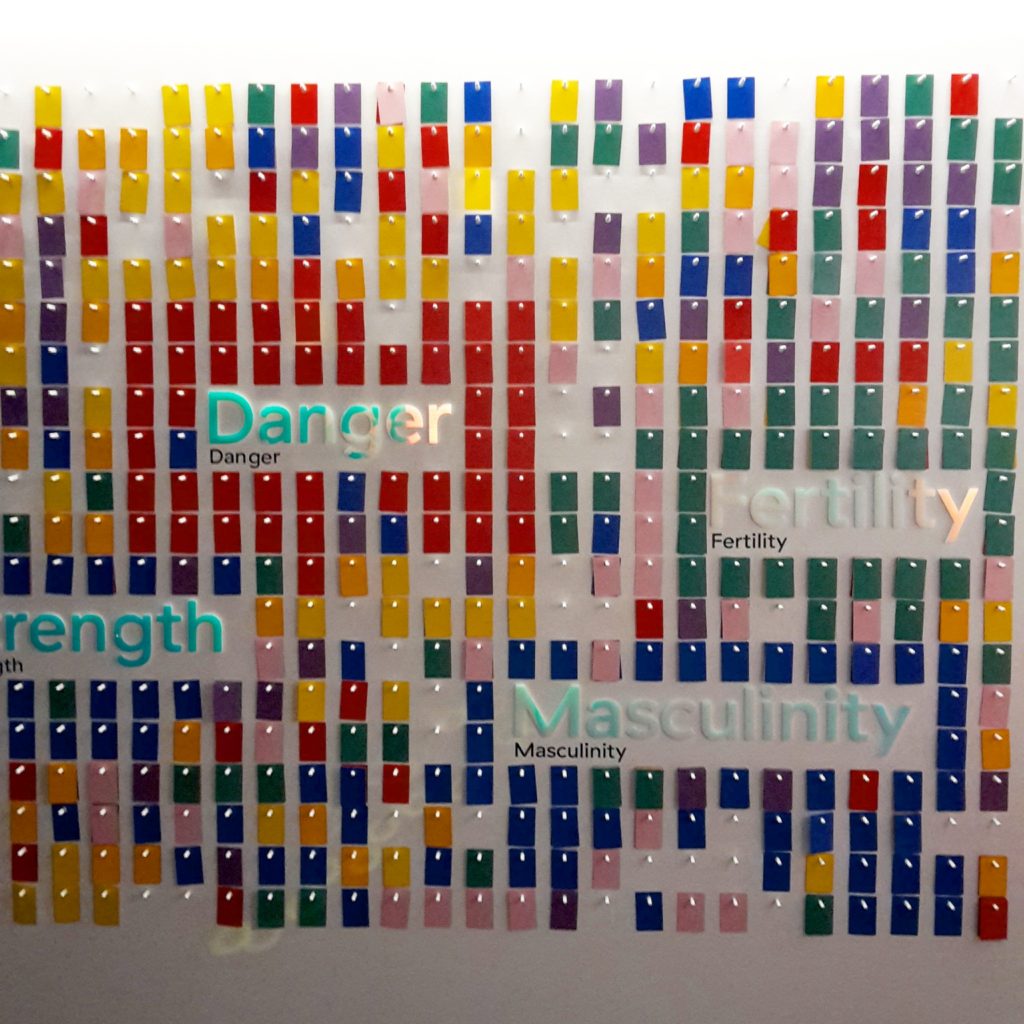 At the end of exhibition, we saw a short and awe-inspiring film, displayed on LG OLED 4k TV screens from LG who are sponsoring the show. The film shows a series of colour displays on 6 aligned screens with voiceovers from those who have collaborated on the project, as well as artist Neil Harbisson who was born colour blind. Now, he has the ability to ‘hear’ colour thanks to an antenna implanted on his head which allows him to offer an entirely different perspective on the impact of colour. 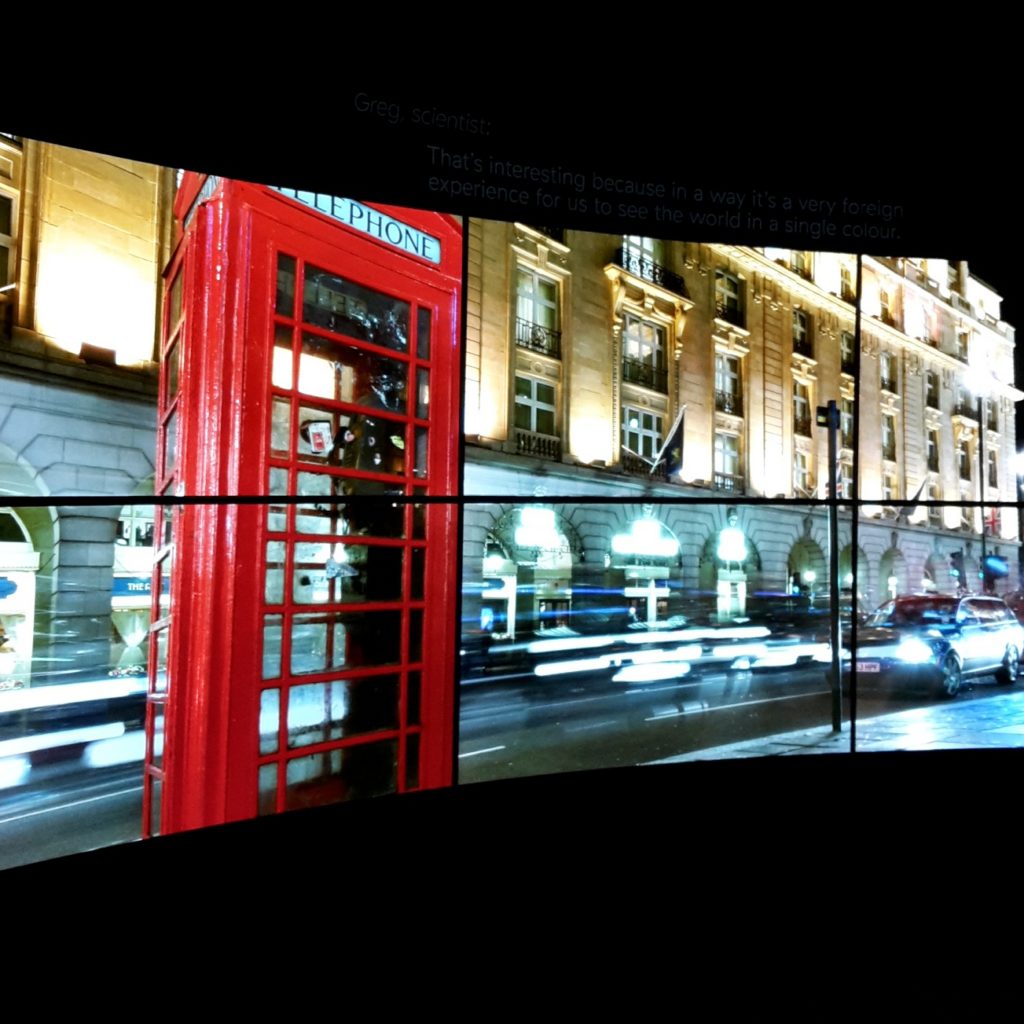 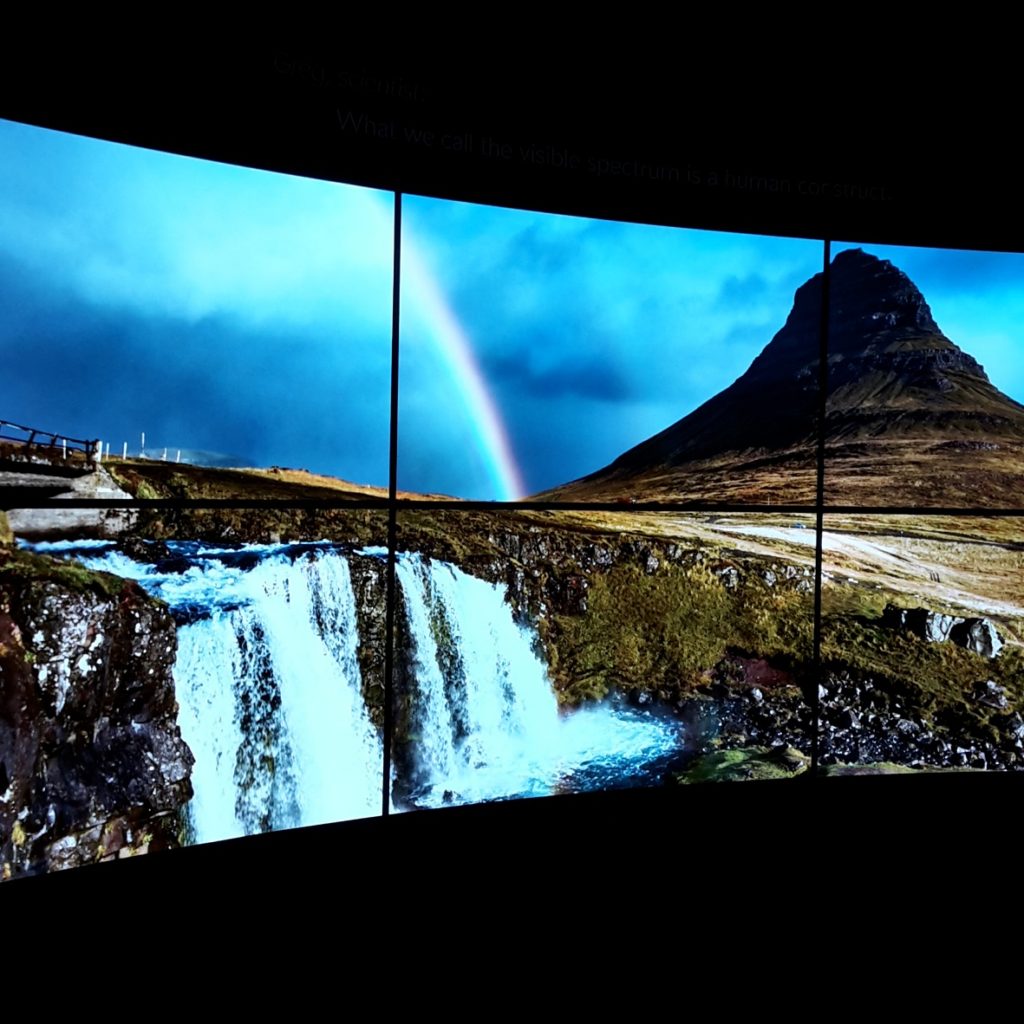 The exhibition runs until November 6th and is such a worthwhile aspect of the museum to visit both for adults and children. Adult tickets cost £10.80; child tickets are £5.40; free to members. Thank you to the Natural History Museum and LG for inviting me to attend the exhibition, all words, opinions and images are my own unless otherwise stated.