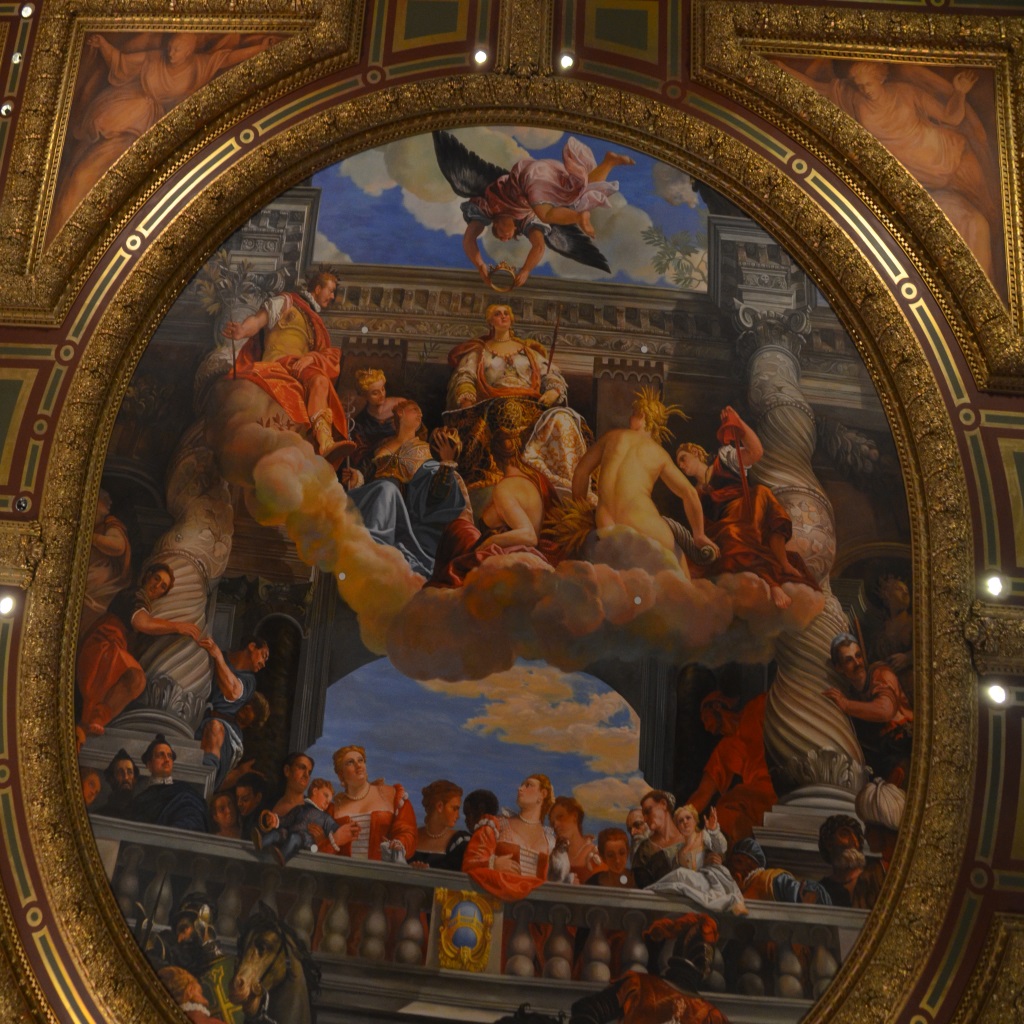 The other day Facebook reminded me that this time two years ago, we were in Las Vegas, the place that on paper comes across a bit like Marmite – those who’ve been and absolutely love it and those who haven’t been because they think they’ll hate it. I have to hold my hands up and say that I never wanted to go, I mean really never. It held no interest for me whatsoever but when a free trip came up for Pete I decided to tag along for the ride and it really blew me away. You can read about what we got up to in this post but here are my 10 reasons why you should visit Las Vegas.

You Don’t Have To Gamble

I had previously assumed that Vegas was only worth visiting if you wanted to place a bet. And I don’t. I’ve got no problem with people who do gamble but I prefer not to and the whole time we were there I didn’t even so much as play on a single slot machine. You probably can’t avoid seeing them but you definitely can avoid playing on them if that’s not on your thing. 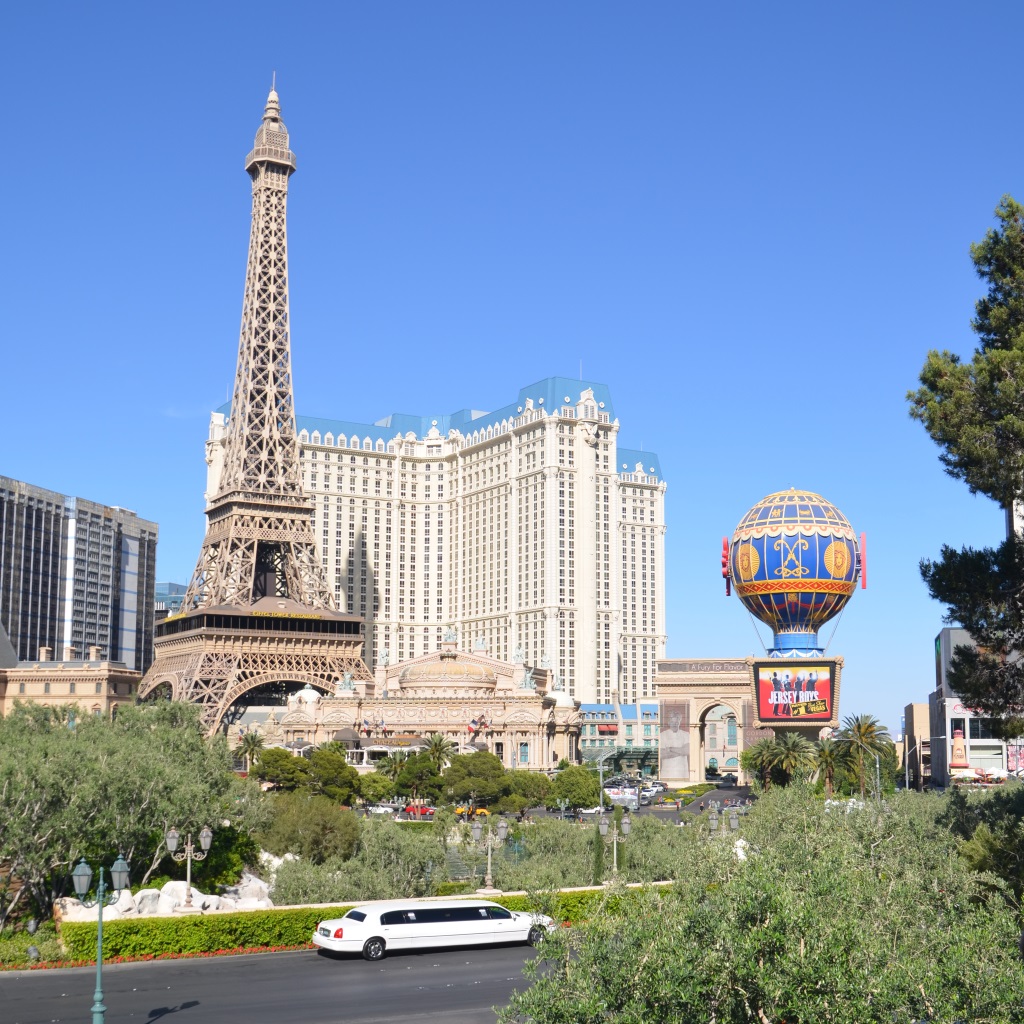 Now this is probably easy to say as I live in London and love New York, but I found Las Vegas a perfectly manageable size. Of course it’s busy, especially at the weekend when people from the US come just for the weekend but it’s such an easy place to walk around and with most activities being based around The Strip, you really can’t get lost. I think we only took a taxi once the entire time and either used the bus or walked, everywhere.

Because the idea is that you go there to spend money, your actual accommodation will be incredibly cheap. We had a massive room at the MGM Grand and it was something ridiculous like £60 a night. So you can go there and have a relatively cheap holiday especially if like me you don’t gamble.

The Hotels Need To Be Seen

Our flight was delayed on the way out and we were on a very tight schedule the night we arrived because we’d booked tickets to see Elton John. We were tired and fed up when we arrived at the hotel and I must admit at that precise moment I wondered what we were doing there. It was a Friday evening so the world and his wife were checking and if you think that most hotels have around 2,000 rooms at least, that process can take a while. It felt huge and overwhelming. But once I got my head around it, it was really incredible to explore hotels that were at least the size of small villages. You could easily go there and spend 5 days without leaving your hotel if so inclined. In fact, if I wanted somewhere just to really get away from it all with a bit of everything, I wouldn’t rule Vegas out. The Bellagio especially is out of this world showcasing it’s elegance and sophistication and one of the main attractions for tourists is just to visit all the hotels since each one is like a little unique town in itself. 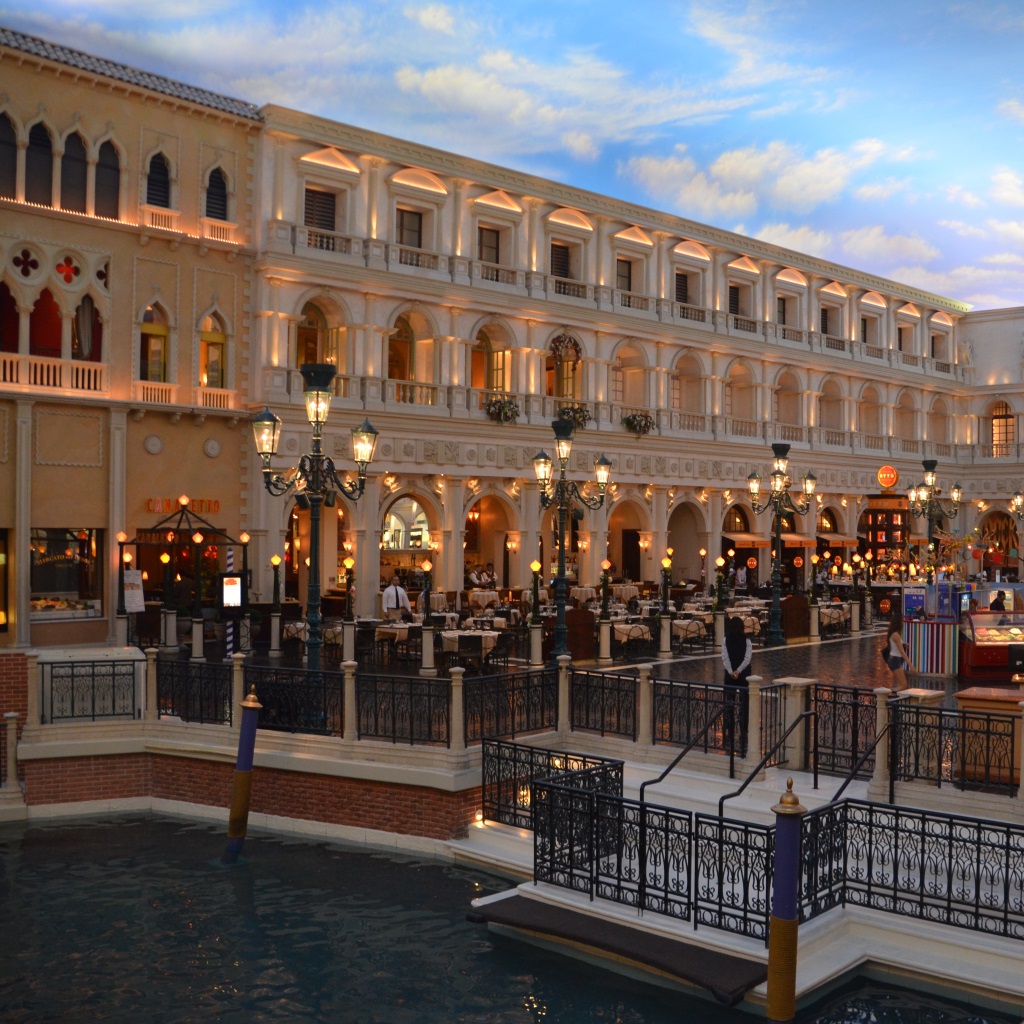 Las Vegas is the perfect base to explore Grand Canyon which you absolutely MUST do if you get that far. Tours are either by jeep which is about a 3 hour drive each way, or helicopter which seems to be a preferred choice. I don’t think I’ve ever been anywhere so stunning in my entire life, pictures don’t do it justice because nothing can prepare you for such a magical scene. See some pictures of our visit in this post here.

If the bright lights and craziness get too much for you, head to Downtown Las Vegas, the original heartland of the city and a part which oozes bygone times, gangsters and the Rat Pack. I would head there for all you can eat brunch for about $8 followed by a visit to the Mob Museum before checking out Container Park, a quirky and creative artists hub based around shipping containers full of amazing shops, a kids playground, chill out space and performance stage. I absolutely adored Container Park and would have happily gone back if we’d had more time. 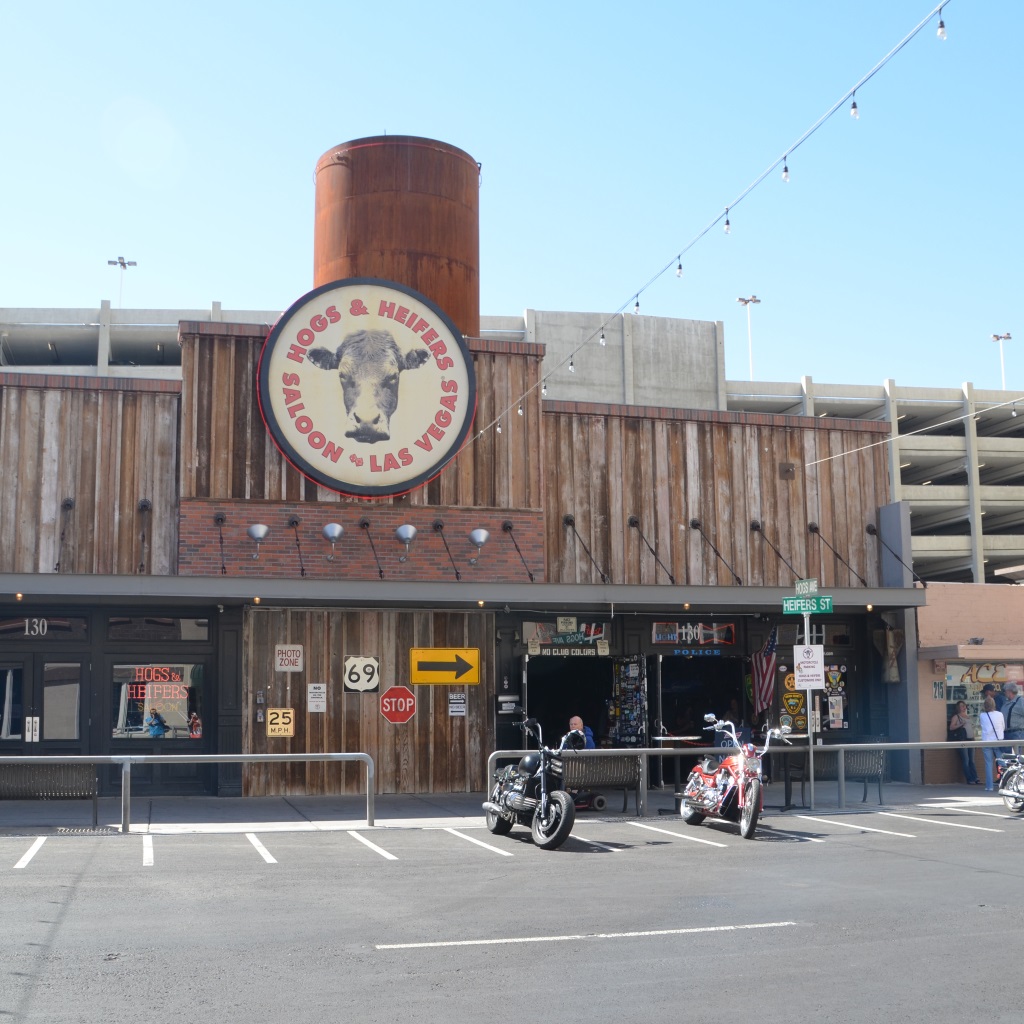 On the weekend we were, Pete had to work and so I booked a little horse riding expedition from an old ranch about 40 minutes outside the city. Here, you really do feel like you’re in the middle of nowhere and it’s a stunning, stunning place to trot amiably around the foothills with a friendly and knowledgeable guide pointing out flora and fauna as well as talking through local history. It’s one of the experiences that will stay with me forever.

We saw Elton John who had a residence whilst we were there but it’s a never-ending stream of top entertainers – Calvin Harris was DJ-ing one night at our hotel and it was so strange to see photos from the night a couple of days later in UK hotels. Most hotels are big enough to house their own concert venues and arena and Aerosmith were headed to Las Vegas later in 2014 which I definitely would have hunted down tickets for if we’d been there at the same time.

Las Vegas changed as a holiday destination when both the city and tour operators realised that they were missing out on a huge chunk of income for not providing any activities for the partners of gamblers. What would the men or women do when their other halves were camped around a roulette table, day after day, night after night? Fortunately they had the good sense to turn the city into an overall entertainment mecca and now if you want cheap and cheerful shopping and eating you can have it, or if you want high end uber-luxe all the way, you can have that too. You can sunbathe at any of the hotels extensive outdoor complexes and there are spas galore. As I said earlier, gambling really isn’t my thing but I definitely didn’t have to struggle to fill my time. 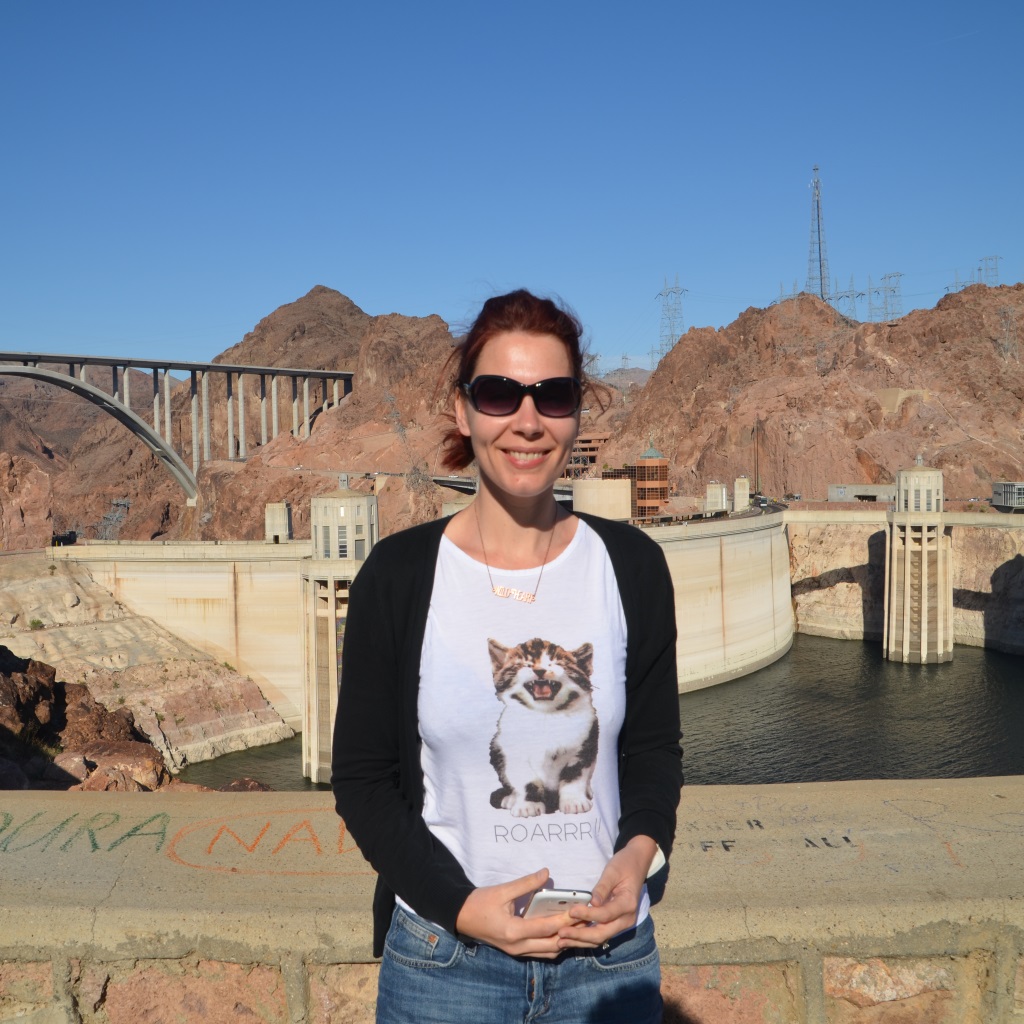 I’m used to seeing all kinds of people from all kinds of life – anything goes in London so much so that you just don’t bat an eyelid and it’s always amusing when I have friends staying from other countries (or even places in the UK) who aren’t used to such openness. Vegas took it to a whole new level though – it’s totally normal to be following Darth Vader down the road, or have two Elvis’ walk past, or have someone dressed as SpiderMan chase after you shouting “MARY JANE, WAIT MARY JANE”. Anything goes, literally, and I find places like that so inspiring. A city that says we welcome you all, no matter what, is my kind of place.