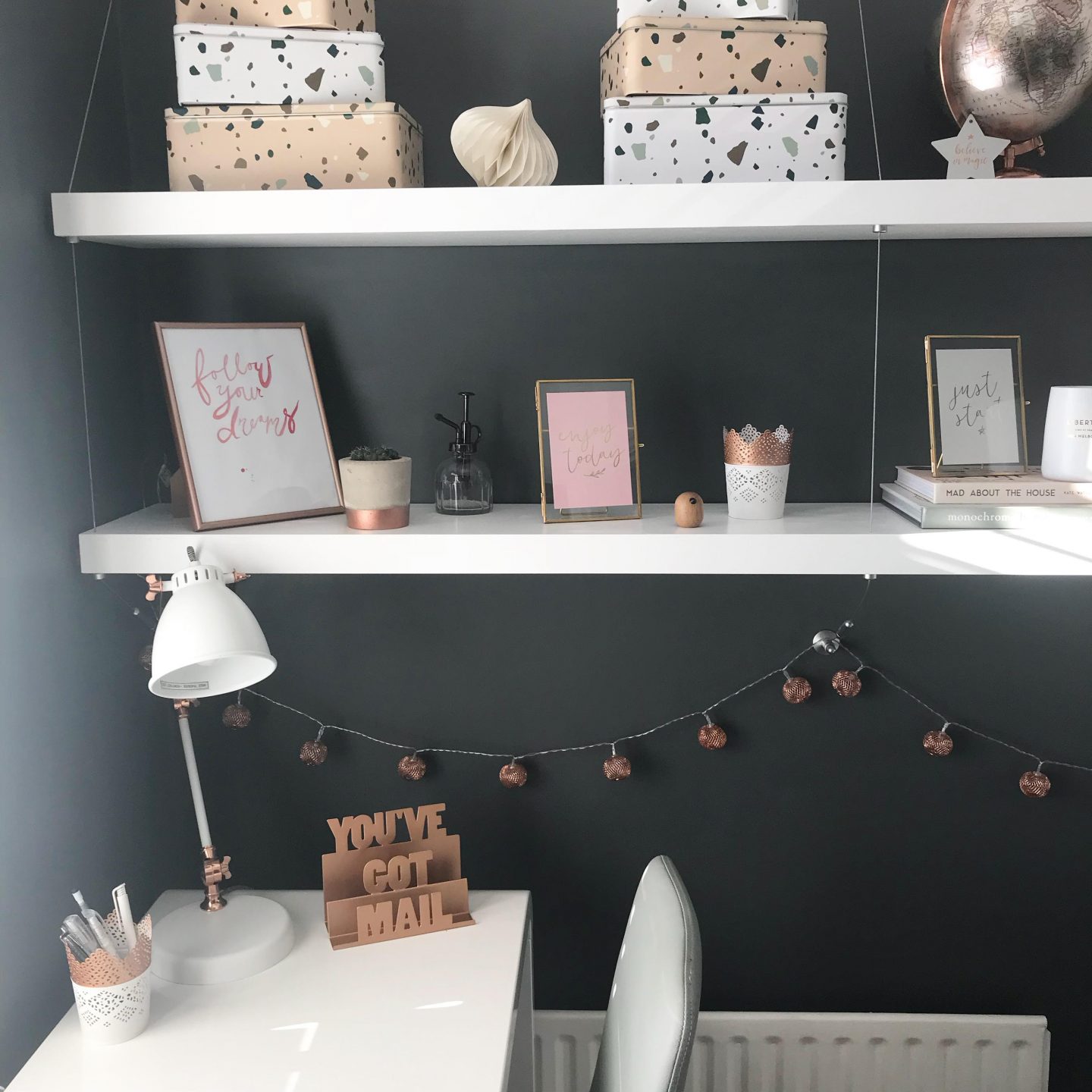 When I’ve heard people say in the past that you never really finish a home renovation, I always thought they were exaggerating. What’s the point in starting if it’s never done? And yet 4.5 years later, at least half our rooms are still untouched and even the ones we are working on are painfully slow.

The first room we tackled when we moved in was the little fourth bedroom, turning it from neglected dated boxroom to a his ‘n’ hers office. It seemed like a great idea in principle but I was new to Instagram and in my head decided anything went. Which obviously clashed quite dramatically. Over time I’ve learned a little bit more about what I like and understand sometimes, especially in a small space, you need a cohesive style.

Paint definitely starts to fade a little after four years and although I still love dark grey in this space, it needed a touch-up. We’ve moved away from Crown Paints this time and gone for Valspar. Contrary to popular opinion, it doesn’t smell of anything untoward. Trust me, if you’ve had a cat weeing all over your house, you know what that smells like and it ain’t paint.

Choosing a very hot summer Sunday to paint, my Instagram friends thought I was bonkers but I knew it would be all done in one day. A rarity for me who normally takes six months just to unpack from a weekend away. The paint has come out even darker than I was expecting but looks stylish and modern. It would be way too much for a bigger space but works so well in the office.

Of course then comes the fun bit – accessorising! I haven’t finished quite yet (there’s a surprise) but it’s coming along very nicely. The new look is blushes and coppers, white and gold. The old storage boxes holding paperwork and endless greeting cards were too colourful so have been replaced with these gorgeous Ferm Living storage tins from Hurn & Hurn. I’m having a bit of a love affair with terrazzo at the moment. The box files were an absolute steal from IKEA and compliment the storage tins beautifully.

I’m so happy finally to have the space back into something productive. It’s been a dumping ground for bills and rubbish for too long which means I’ve never felt like using it as a home office at all. We still need to think about what to hang on the walls, whether to replace the ceiling light with a new shade and I HAVE to finish painting the door but as it stands right now, hello little office! It’s great to see you again. 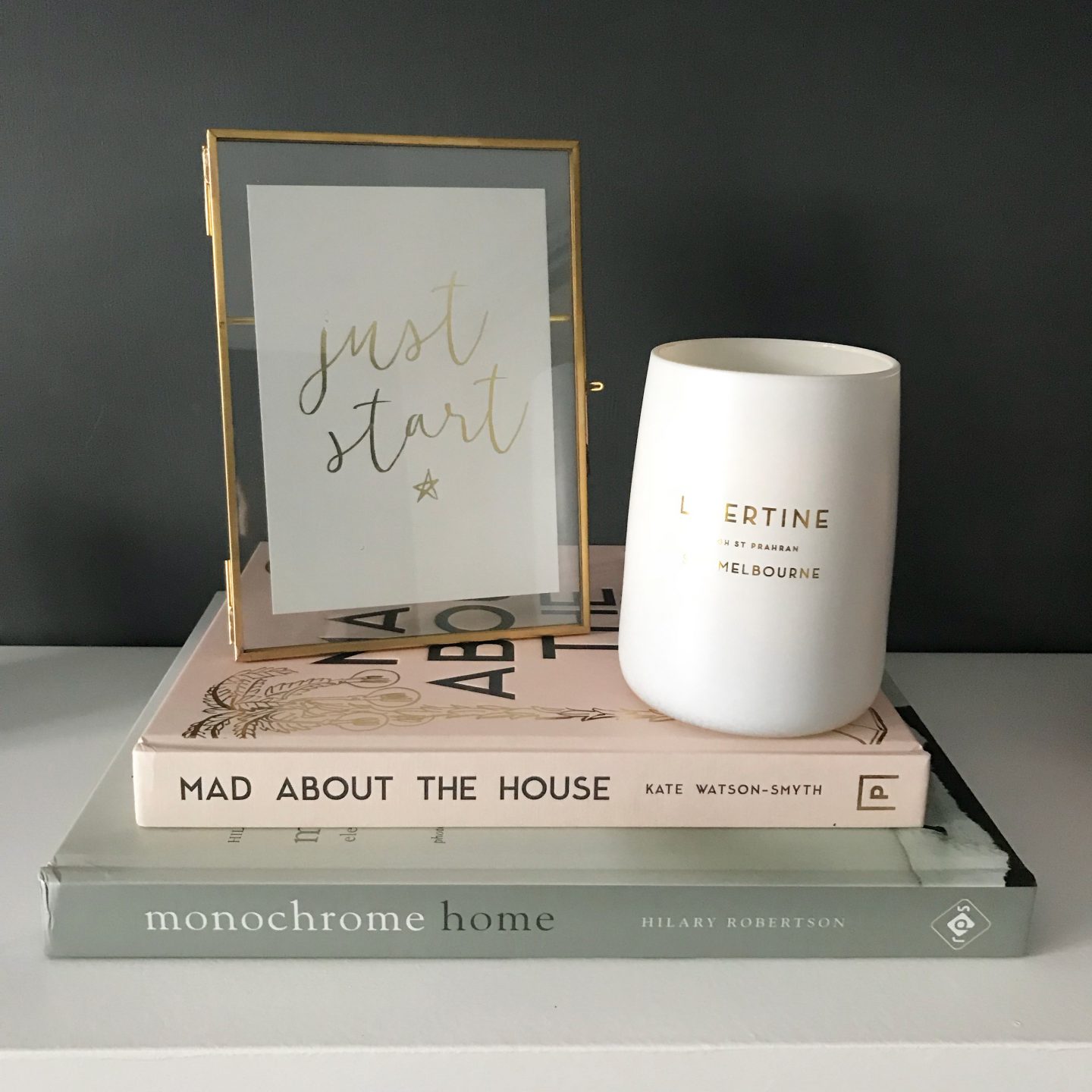 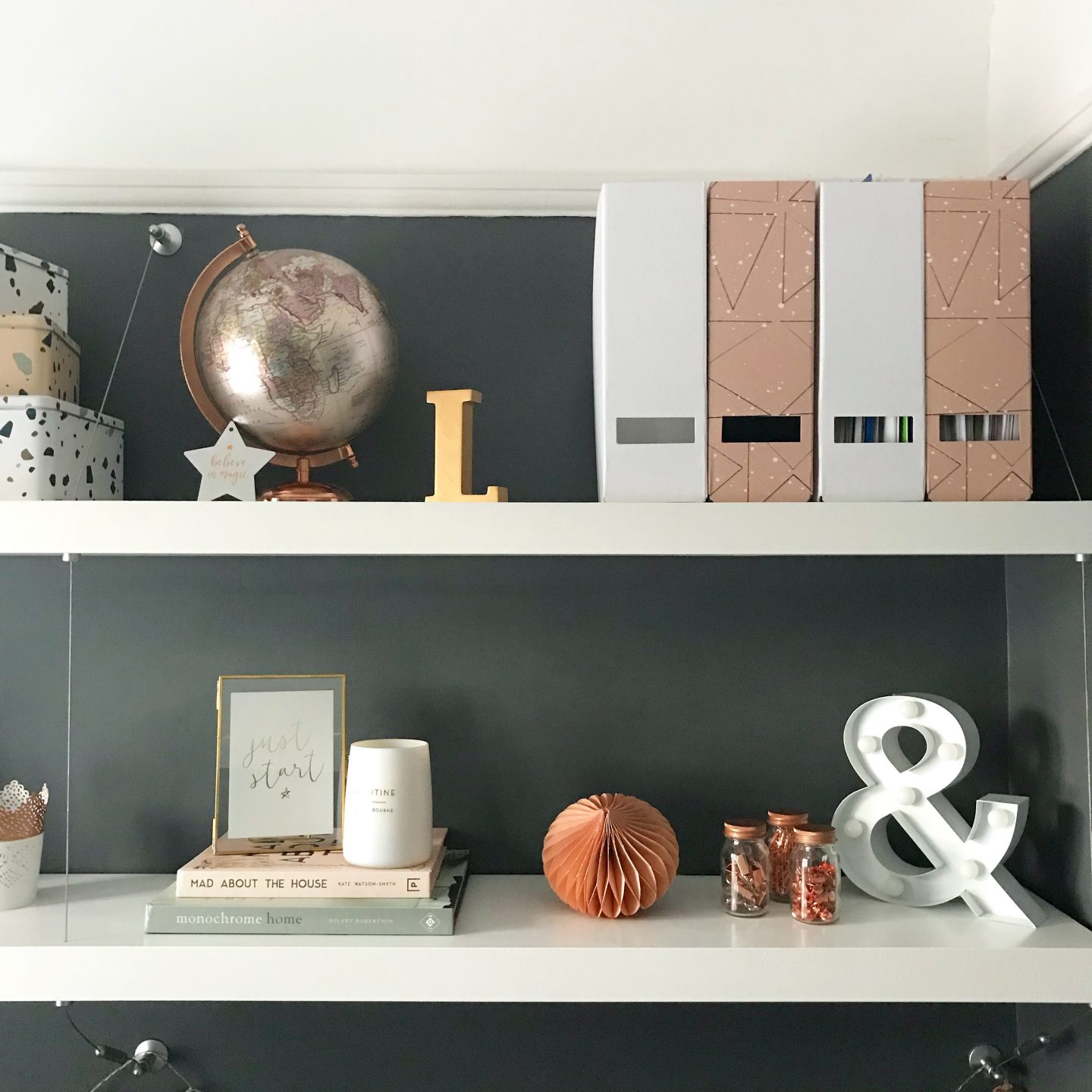 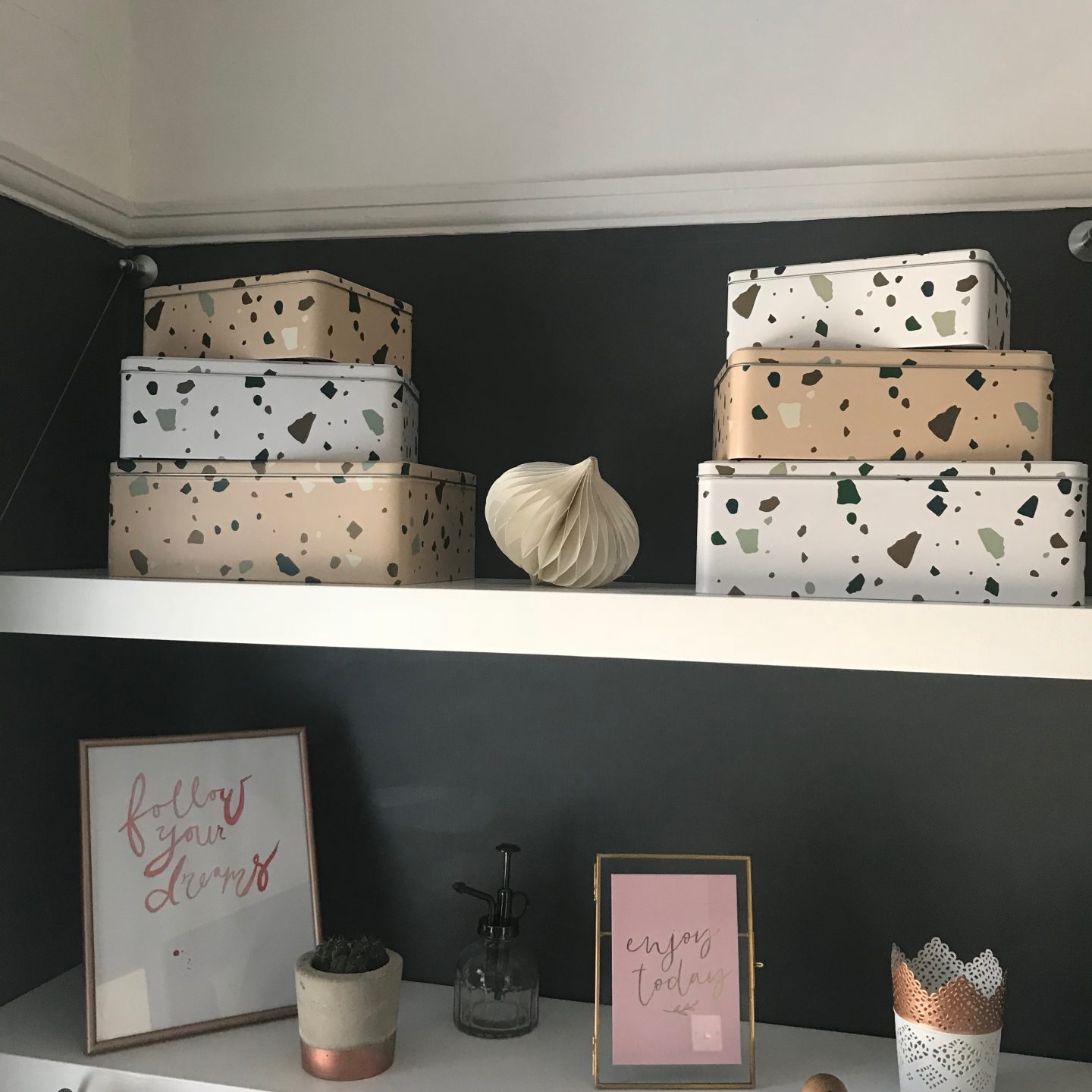 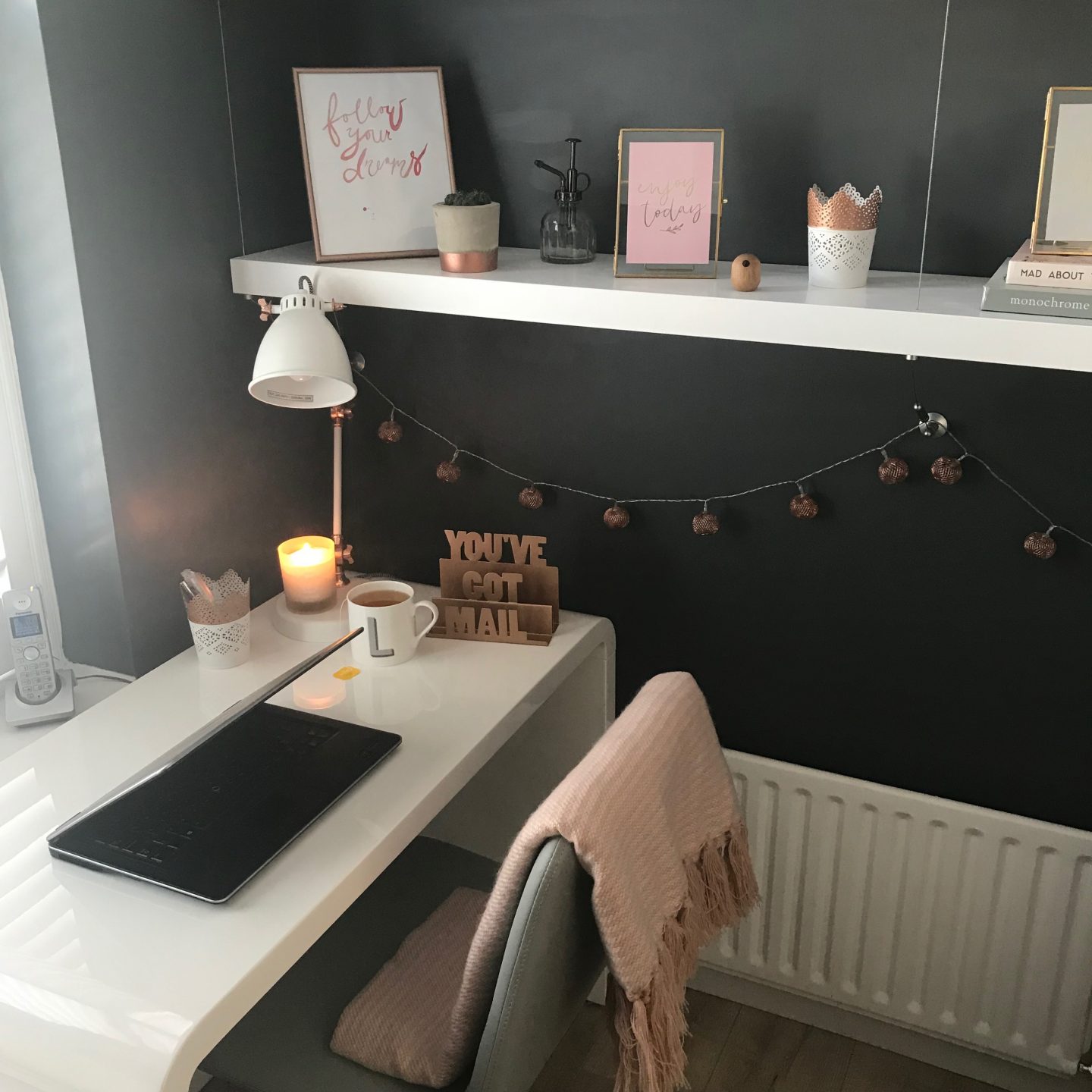 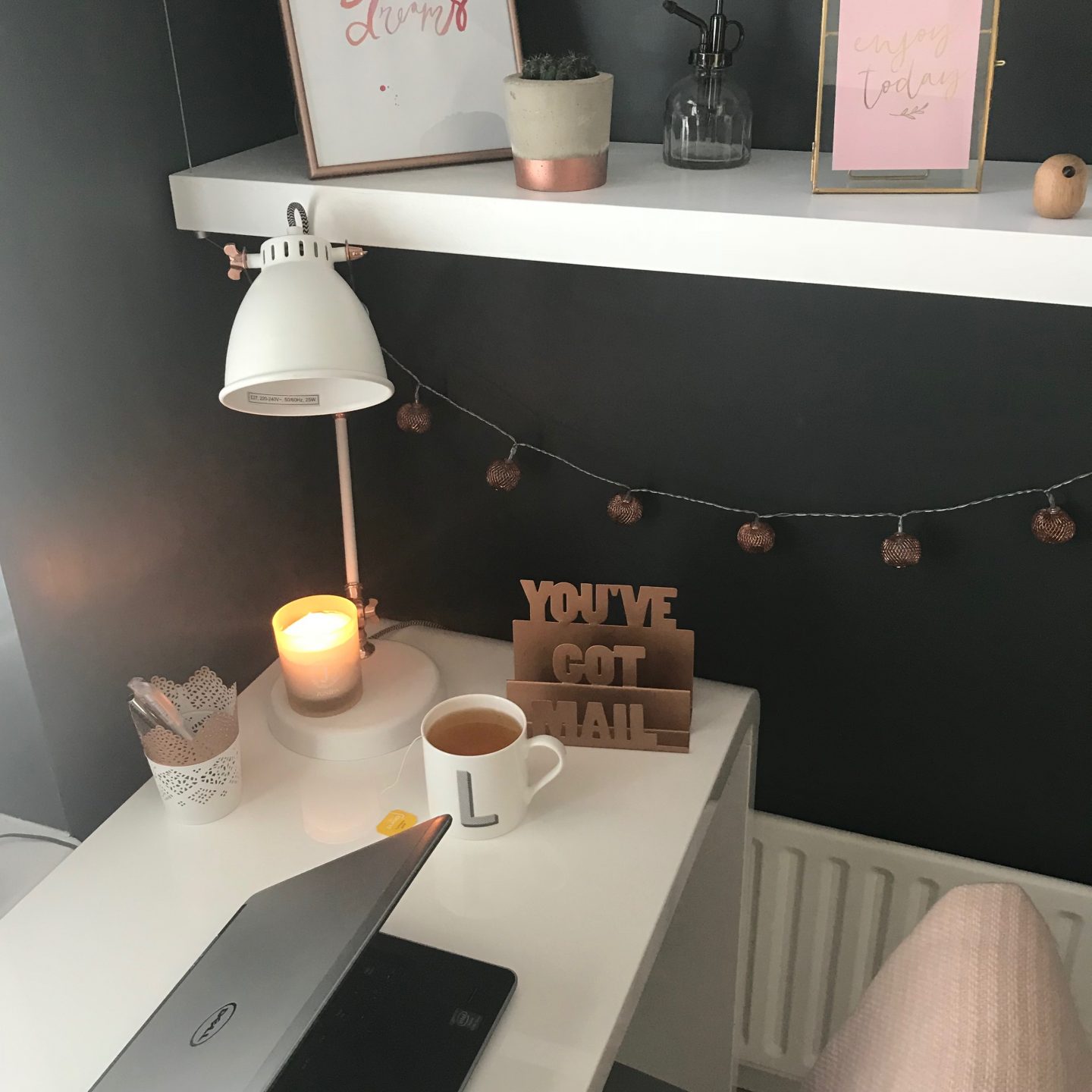 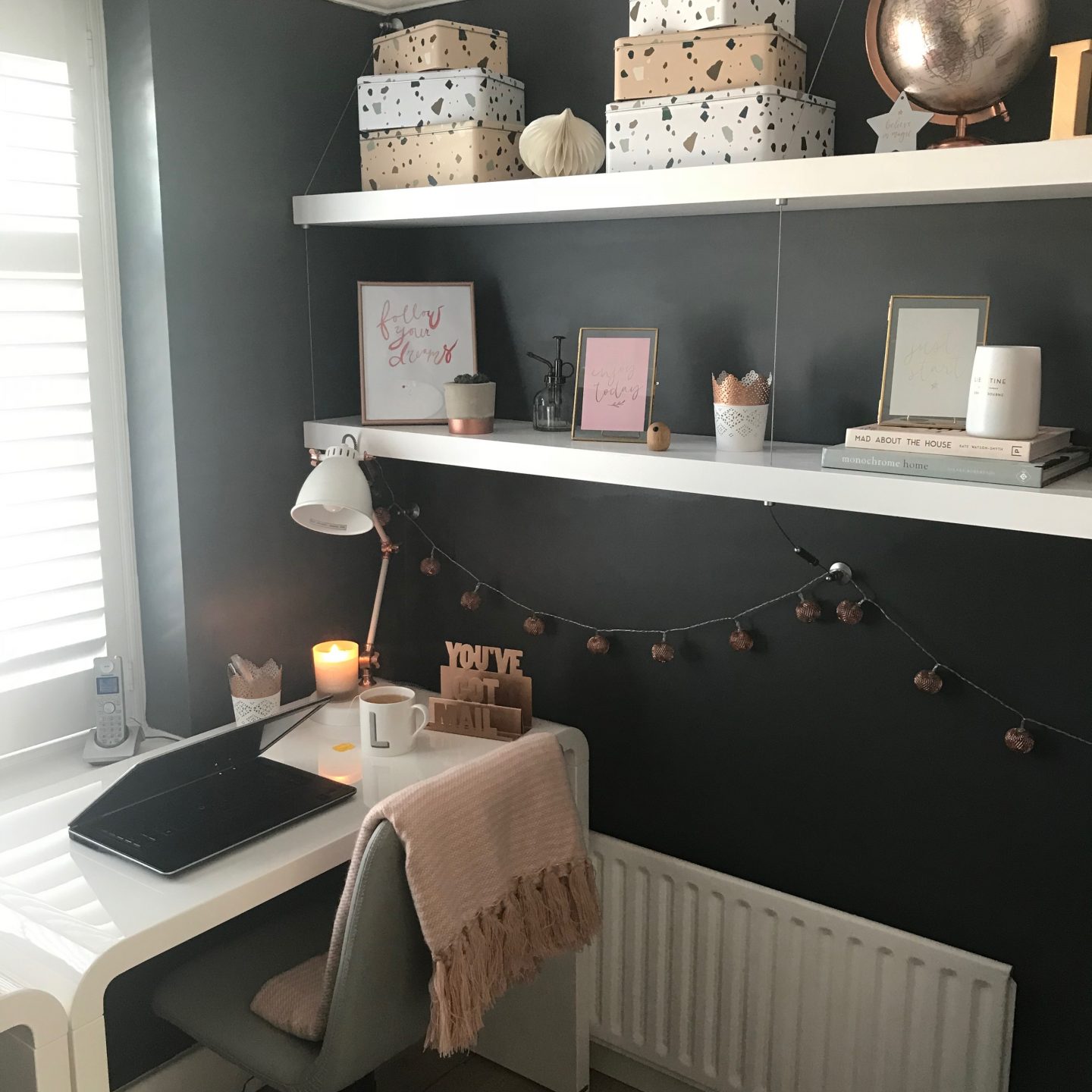 Disclaimer: Hurn & Hurn very kindly gifted me the sets of tins to incorporate into our home decor. As always, I only ever accept product from a brand I love and would genuinely use.