When I was growing up I was taught not to judge a book by its cover and I think it’s a sentiment that most of us try to live by (although I have been guilty of buying pretty books ;). When it comes to houses though, it’s almost completely the opposite – a pretty front garden, a freshly painted front door can make ALL the difference to how you and others view your home.

We don’t have any front garden at all, not even a leaf. At some point there would have been a garden but this was stripped out and replaced with a drive, which does have its benefits in a residential area where lots of families have multiple cars. The downside is that it means we’re not overflowing with kerb appeal – I see some beautiful houses on Instagram that look just like a picture postcard but we’ll have to be more creative.

Replacing the windows has already made a huge difference but one of the earliest changes we made to the house was also one of the most straightforward ones – upgrading the outdoor light and door number that we’d inherited. 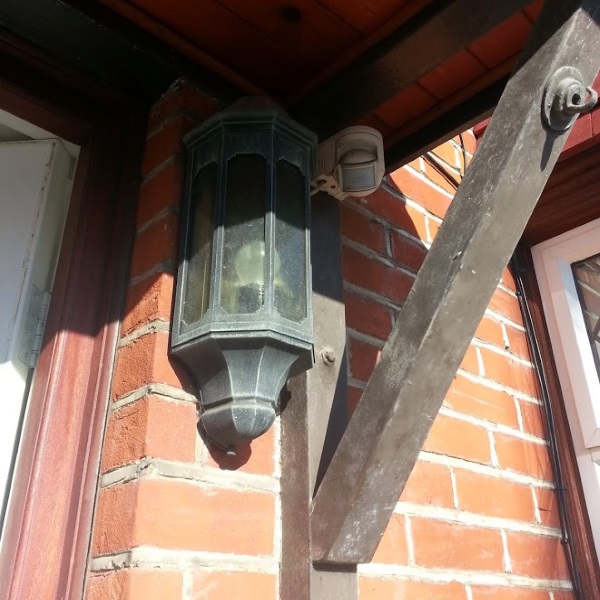 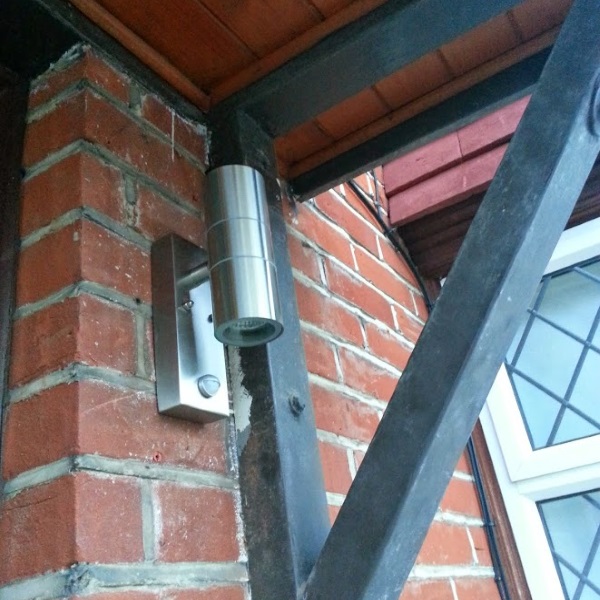 The old door light didn’t work and looked quite dated. We bought a replacement one from B&Q and wired it in and have left it on a setting which means it automatically comes on temporarily when it’s dark and anyone comes up to the house. 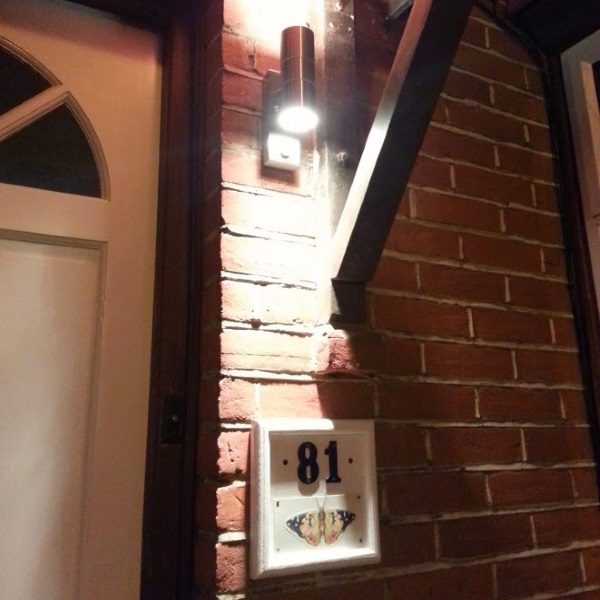 The door plaque had a butterfly transfer on it and was quite the talking point – everyone who saw it before that butterfly became extinct asked us when we were going to get rid of it. I sourced the new numbers on Ebay which have a brushed chrome finish and they came with fittings that are so easy to use. Pete just drilled the holes into the brickwork and then the fixtures screw in with the numbers being set on to them, so they’re raised a little from the wall. 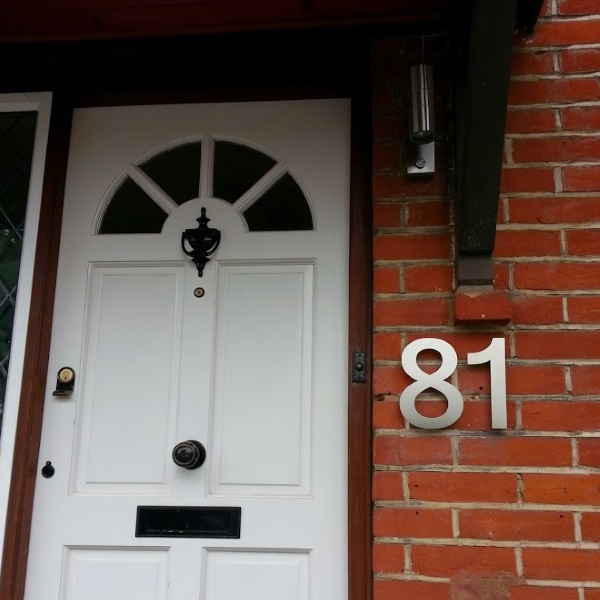 Both of these updates were cheap, I think the light and new numbers came to no more than £35 in total but we love the new look. This is just the beginning for the gradual transformation of the appearance of the house. We need to get it rendered at some point as there are quite a few large cracks which let the damp in and we need to take a look at all the wiring and how to tidy it all up but sometimes baby steps are just as important as the massive projects.

What inexpensive updates have you made to where you live? Do you have any tips for making changes on a budget?