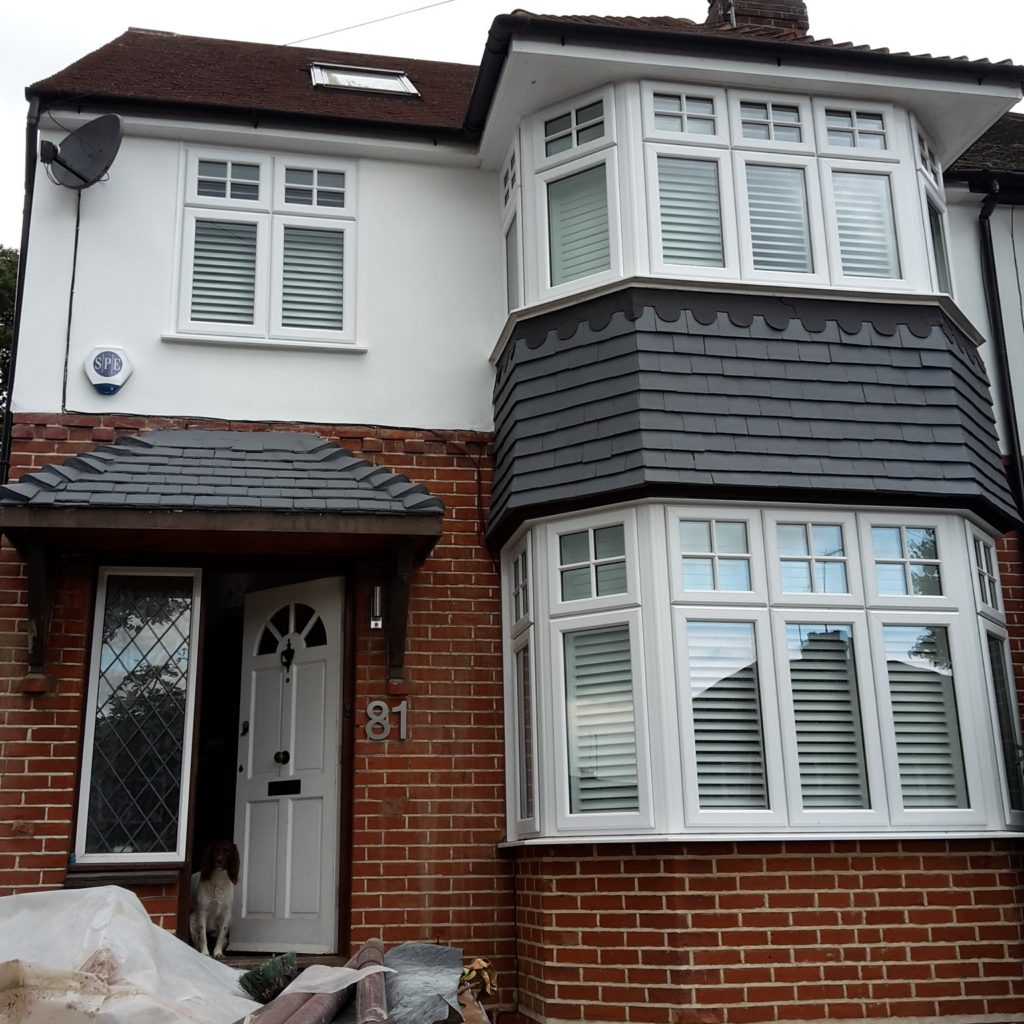 Now that the builders have finished the rendering and painting on the front of the house and following on from our new windows and plantation shutters last year, things are looking a lot smarter around here. Yet there’s still the issue of our front door, one of the first things we decided to change when we moved in 2 and a half years ago and which remains untouched. We very quickly found a door, a beautiful and contemporary take on a traditional 1930’s design but it was eye-wateringly expensive albeit the cost would have included reconfiguring the window to the side as well but still, it was just too much for us to pay at the time.

So the search continued but you know how it is, nothing can quite compare to the one you have your heart set on. So we resigned ourselves to saving up and earlier this year found ourselves in a position to go ahead with replacing it. Only to discover that the company we wanted to go with had gone bust, taking considerable sums of customer money with them. It just goes to show how very deceiving appearances can be – we visited their showroom in North London, read testimonial after testimonial and even had the owner in our home taking measurements. Pete and I are savvy too, we’re good judges of character and quite particular about things for the home so we were so shocked when we heard what had happened.

We’ve still got out heart set on that front door and fortunately I have an email with all the features, estimate and design drawn up so I’m keeping everything crossed that I can take those plans to an alternative company or a carpenter and have it made to the same specifications. It will take time though to find the right people for the job and cobble together the money again now that we’ve spent it on other house projects so in the meantime we’re going to give our front door area a little makeover.

This is what it currently looks like – around the door itself is all either unpainted wood, or wood that’s been painted brown. I have no idea why but there we go, there were many strange decisions made about this house by previous owners: 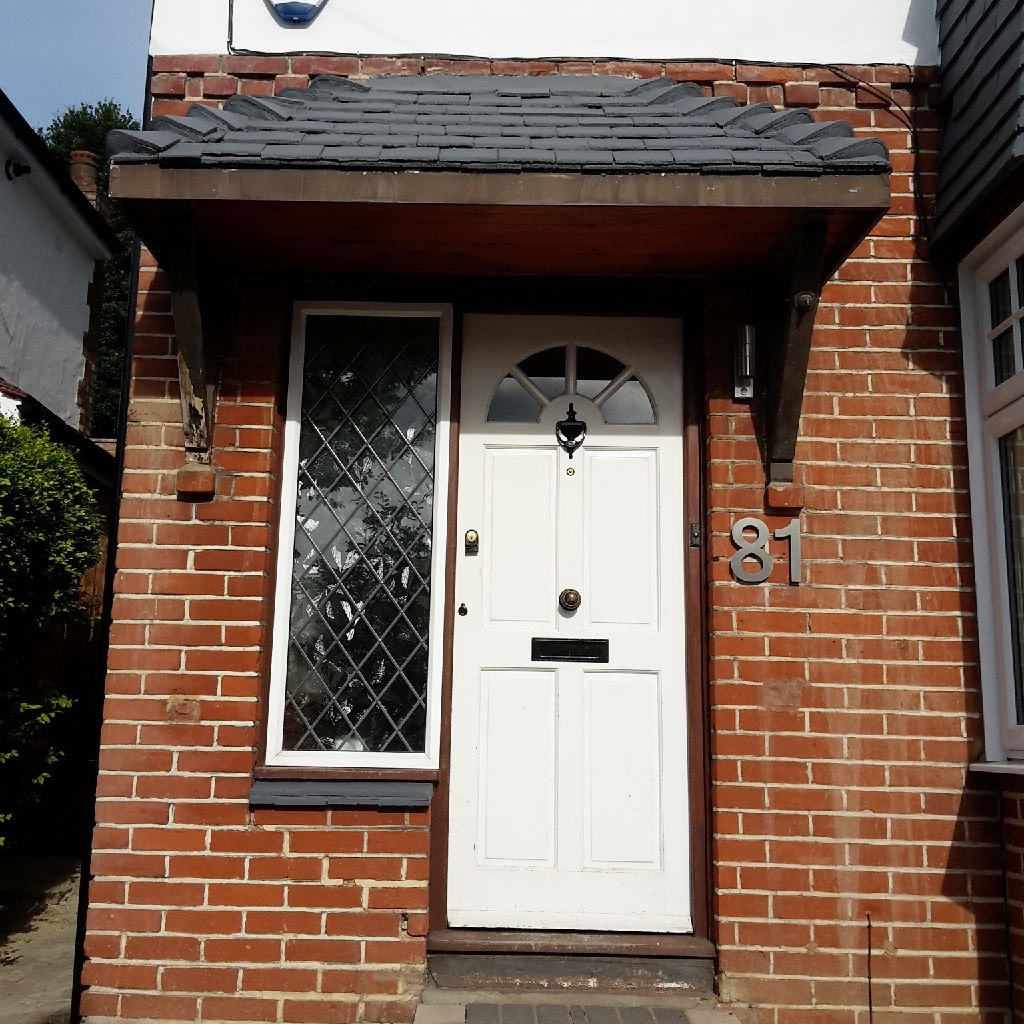 We changed the outdoor light and the numbers quite soon after moving in and had left the rest of it because we knew it would be replaced. Now however we’re hoping a temporary makeover will give it a new lease of life. We want to paint the frames white and the woodwork above the door/beneath the roof white. The door itself will be grey and we’re going to replace all the furniture with brushed chrome versions. Just underneath the door sill which will be white, we’ll paint the little bit of wall grey. You can see where I started just beneath the panel to the left, that was peeling wood before and is now grey to match the tiles. We’re also going to replace the glass in the side panel with a frosted panel. 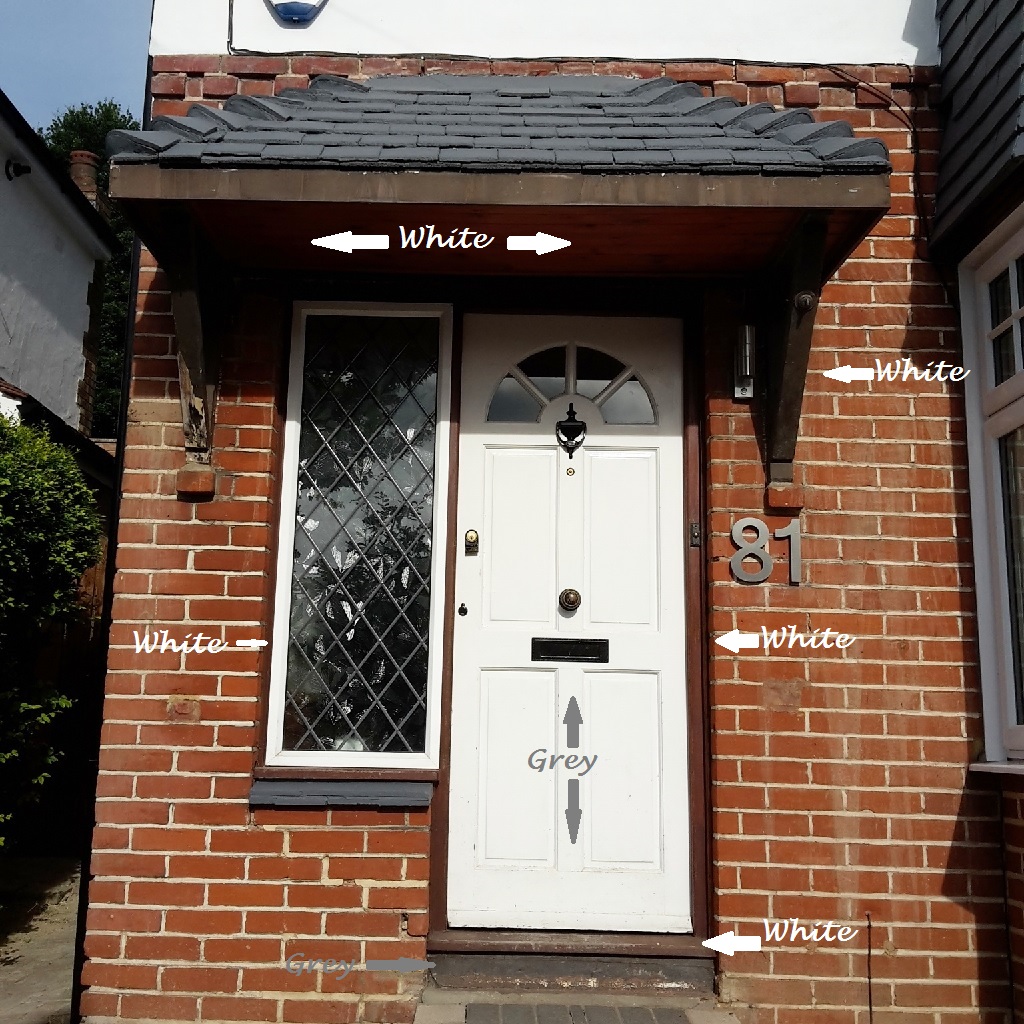 As always, I’m excited to see the end result but not looking forward to the work. No time like the present though…let’s get cracking.