Welcome everyone! It’s week twenty-four of the “On Being Childfree” blog series and today’s poster really does open up to show her own situation has helped her reflect on the assumptions she made previously and the questions she would ask to people with one child. She is searingly honest and is one of the strongest women I’ve had the pleasure to ‘meet’. Note this story contains triggers on autism and mental health so I kindly ask you to proceed with caution if this may affect you. Please do read, leave a comment and share as much as you can, I’m really willing this to grow and grow so that we can help as many people as possible who may be going through something similar.

We Do: I’m a designer currently on a career break to care for our son, which will most likely need to be 1-1 care for the foreseeable future and Rory works in customer service

I have always thought I would have two children. I’m one of two, my husband is one of two, of course we’d have two.

When my son was a few months old and I was knee deep in baby groups, conversations with my NCT group started being all about who was having another, who wanted another. Apparently popping out one baby doesn’t stop people’s obsession with breeding! I too asked those questions to others, I just didn’t see the pain that could cause until I found out why.

In those early months I still thought most definitely we’d have another, I just needed to enjoy our time as a three and we’d start trying when our son was around two.

Soon people started getting pregnant again. I figured I’d join them. I wanted to.

It’s a funny thing when I look back, I feel so guilty about how easy it was to have our amazing one. I wanted him, it happened just like that. Aside from throwing up for the entire pregnancy it was easy. I had such a naive view on what parenting would be, visions of Blue Peter crafts and Famous Five adventures. I’d daydreamed of our future and my son would be happy, nice, hopefully good at sport, music all the cool things I was awful at, basically that guy everyone wants to be in the movies and he’d have a sibling to grow up with.

What I hadn’t pictured at any point in my rose-tinted daydreams was what followed. 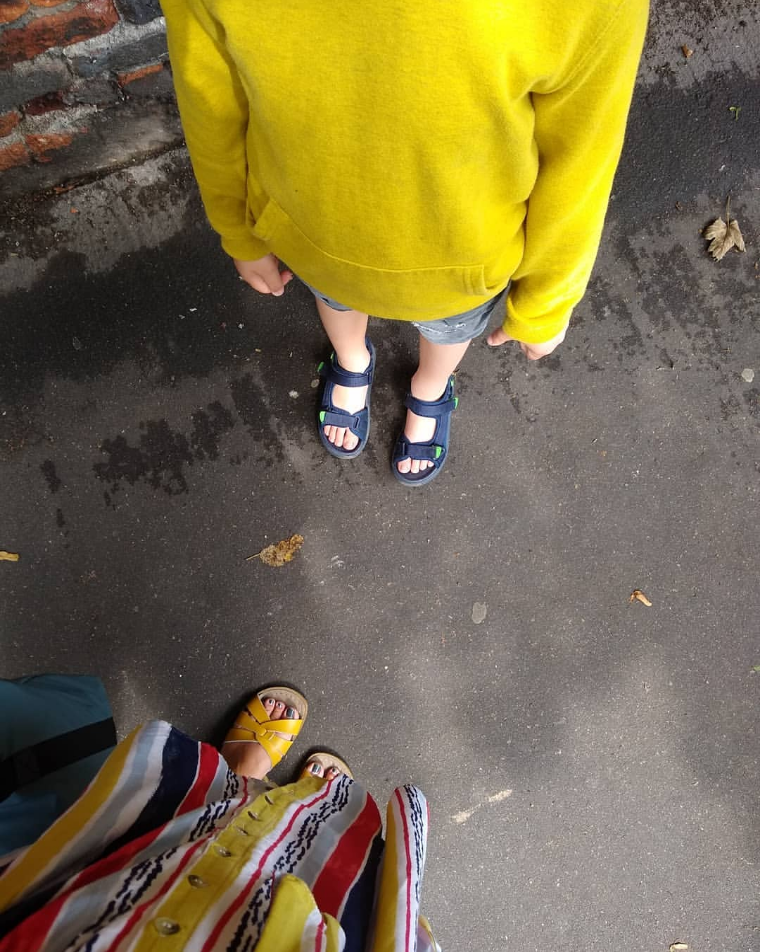 When my son was six months old my husband’s mental health took a dramatic dive, I told no one. He sought some help and it seemed like things were getting better. We then moved house for work and financial reasons and ended up settled 200 miles away from everyone we knew, our son was 16 months old then. My husband seemed to be much better though and I was relieved.

When my son was close to two we started loosely trying (I mean I wanted to but wasn’t exactly motivated and we were always tired or had a toddler in our bed).

I love being a Mum, I think I’m good at it, although I definitely got the baby that cried constantly, never ever slept and seemed to always need more than everyone else’s. We’d spend hours awake at night with him, we’d walk him for hours in his pram then buggy through empty dark streets to calm him down, anything to stop the crying and try and get sleep, even if just his not ours to try and have a calm few hours. I thought maybe it’s his teeth, teething is rough. When they all come through then he’ll be happy, oh how I laugh now.

At two you have a health check. He barely talked, some single words but nothing close to a sentence, he was a little behind where he should be but I was told it would be reviewed in six months. His nursery started asking me questions about his hearing, my mum blurted out she thought he was autistic… a quick Google session to which I thought no way. Then our health visitor came to see me, to review his speech. Towards the end she asked did I have any other concerns… I laughed and said well my mum is obsessing he is autistic but obviously that’s ridiculous (we do joke, my brother and I, that she’s a little dramatic). Then came the pause and what changed our life ‘well I think there could be something in that’. Blurry stuff happened and referrals were made, she left, I cried a lot, in anyone’s dreams of a child, before they have them, when a baby, no one ever dreams of anything less than typical. We stopped trying at that point, whilst we focused on our son. 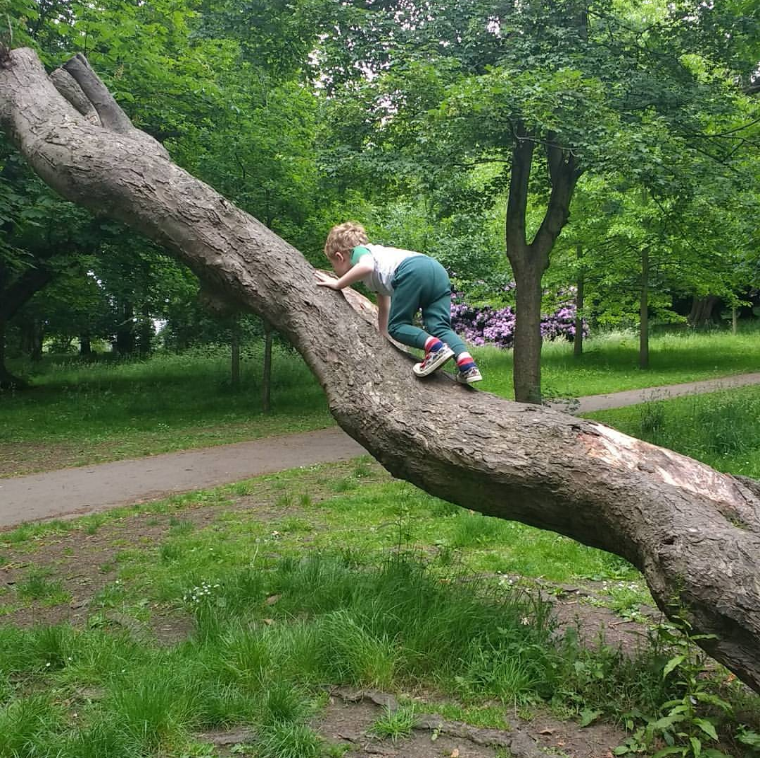 Fast forward a year and a half from that life changing day and it was confirmed, our just turned 4 year old was definitely autistic. In that time we’d come to terms with this and worked hard to support our son and give him every opportunity to grow and be a happy settled boy. He’s at school now, totally quirky but amazing and everyone loves him.

My husband’s mental health has continued to be up and down through this whole journey and I’ve felt so overwhelmed but it’s my nature to just keep going, although I have now shared more with my family and friends about this to save my own sanity. There have been suicidal thoughts, breaking points, counselling, arguments, and finally anti-depressants. I truly believe my husband is also autistic, although not diagnosed. Something that since our son’s diagnosis has made so much more sense. It helps explain why putting the half empty packet of cereal on the second not first shelf of the larder, meaning he can’t find it, led to an epic breakdown and leaving the house to kill himself (no exaggeration, luckily he has a plan where he has to walk a certain route for a set time by which point I have called or found him or he’s become more rational). My husband’s father also displays so many autistic indicators it’s ridiculous.

The causes for autism are so unclear and much debated, personally for us I feel ours is genetic which would mean having a higher chance of having another child with autism. We’ve thought so much about having another child, how we would cope if we had another, could we cope with another child with autism (yes) but would it be fair to our son who demands so much of our time, could we give the same time to another child, what if our son won’t live an independent life as an adult, would it be fair to have another child without or with autism who would have to care for him when we’re gone. What if we both died now, who would look after our son, could they cope with two, one seems an easier sell. Basically you name the worry and we’ve thought it. Although the overriding fear is will my husband cope, one child seemed to bring on his mental health crisis, I mean it was always there but the combination of being a parent fear, less attention from me and zero sleep as well as dealing with a special needs child didn’t help. Going through it all again, would he actually be driven to breaking point, would our marriage survive (an autistic son and suicidal husband isn’t the easiest ride). I will add my husband is a great father, everyone comments and I totally agree, that’s not in doubt. My wish to be a mum again has to know its limits and wanting my son to always have his dad, at least for as long as nature intends, has to be my priority.

I get asked often if we will have more. It’s so hard. How can I fully answer that so that people understand. It’s not a case of we can’t, for which I feel truly guilty for being able to when so many others cannot, but a case of all the above which isn’t a quick discussion at the school gates, in the supermarket, or when I visit my Nan’s dementia home and get asked on repeat for an hour if I’m having any more by her friends. And when I do explain to someone, really explain, they’ll say ‘oh you could adopt’ something that really doesn’t take the pain away and still for us throws up all the same issues, you realise they just don’t get it.

Before I had my son I used to think ‘well, they have one child, why are they upset they can’t have another, be grateful’ etc, so insensitive of me. Something I’ve realised is mother nature seems to be a thing and you can’t just switch her off once she’s on. I think I’ll always feel a little empty over this decision and my heart still wants to be a mum again but sometimes it has to be that way. It’s not just about me and I’m sorry for my pre-judgement self. 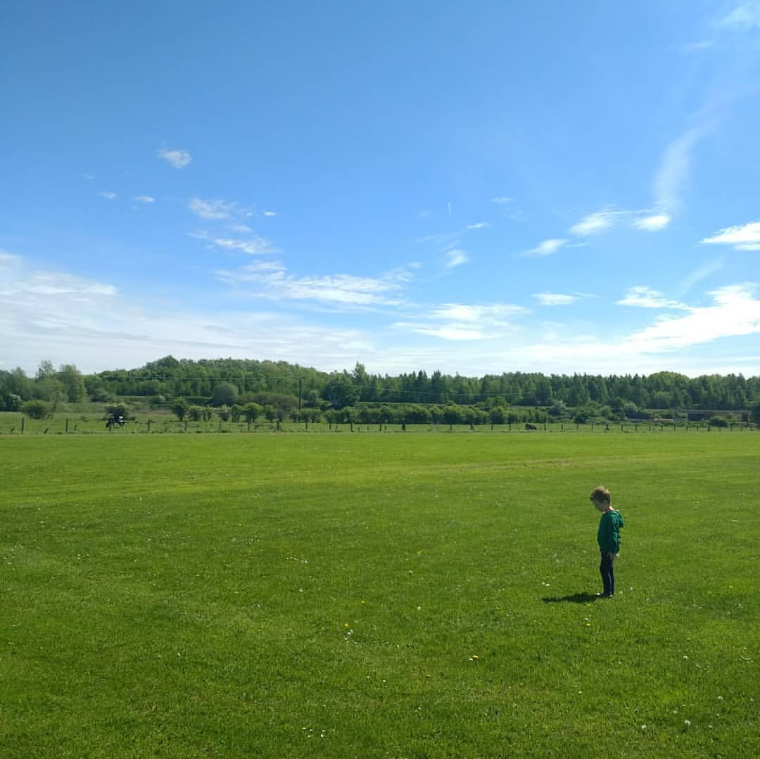 I’ve written this anonymously as I’d hate my son to grow up and find an article about why he’s an only child. Ours is a personal journey and I don’t want this in any way to come over as anything less than positive about autism, it’s a factor in our story but not something people should continue to fear and avoid. It wasn’t what I’d imagined but when it’s good it’s perfect. It’s made us fully focus on our son as a one but doesn’t define him as a boy, our dream is that people will take the time to understand autism and be more inclusive, themselves and by educating* their children, one or more, to be accepting of others, just as our son’s friends do, so future generations do better.

So here we are, our family of three. As my son says ‘the triangle is the strongest shape’ it’s a boss baby quote! We love an earworm quote round here.

Thank you so so much to Maggie for sharing her honest story as a guest poster and sharing her thoughts and views in this piece. As I’ve stressed from the very beginning, this is a warm, empathic platform for people to share their stories, hopes, dreams, fears. Please do read Maggie’s story and leave a comment if you’d like to and share this series if you know anyone it could help. Together we are making changes.