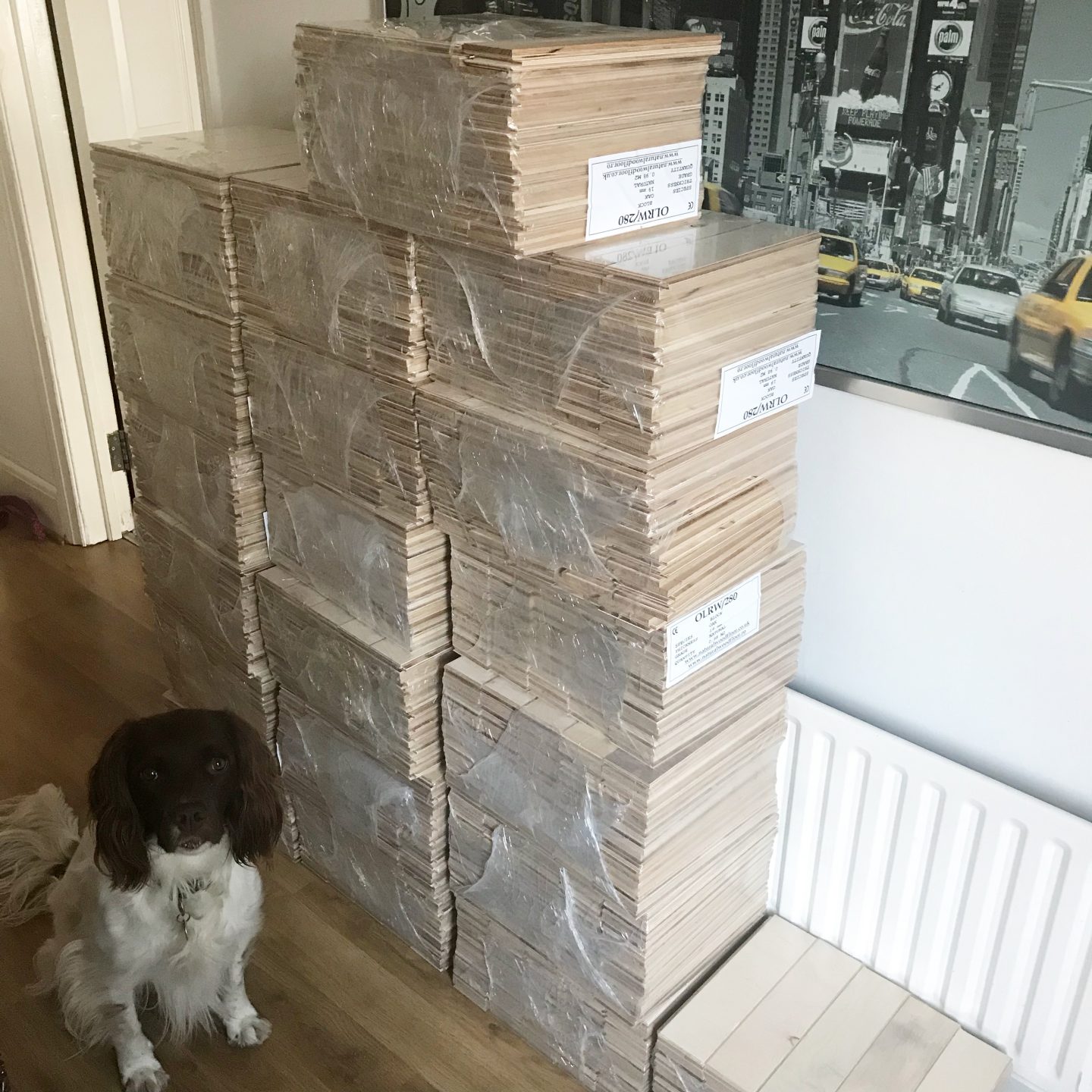 Dear Readers, I don’t know whether to feel excited or nervous. Much like when we had the new windows fitted, windows that I’d chosen more than 3 months before without Pete seeing them, it felt like such a huge decision. This week our living room floor is finally being fitted. The #carpetofpiss which has seen more puppy and kitten accidents than Battersea has been chopped up and deposited at the tip. We have a hallway full of beautiful oak engineered wood planks from The Natural Wood Floor Company ready to be laid in herringbone style. This is something I’ve been dreaming of since forever. Why the nerves?

There’s only a small part of me that worries I may make the wrong choices, even though everything else we’ve done for the house so far has been spot on. It’s more to do with an acknowledgement within myself that I’m moving towards what I’ve always wanted, but never dared dream it to be real.

Moving to London in the last days of my 21st year, I never had any idea that I’d settle here. That I’d fall so in love with this city I’d never want to live anywhere else. We moved around so much when I was growing up that nowhere was home. Yes, I went to secondary school in Newbury but even then we weren’t there that long in the grand scheme of a lifetime. I’ve lived in Wales, Norfolk, Berkshire, Lancashire, the US and back to Lancashire. All before I was 21.

Fast forward many years and owning a house here is like a dream come true. It’s been 4.5 years and I STILL fall in love with it every day (although at times it equally drives me crazy). Turning this house into a home I never imagined I’d have makes me feel so lucky but somehow like I don’t quite deserve it. Like someone will come and tell me it’s all been a dream and take it away. I think that’s what causes the nerves.

That’s just something I have to get over though. Learn to appreciate what we have and know that we have it because we’ve both worked bloody hard to make it happen. So before I head off to work today I’ll be settling Kenny the floorman (all my phone contacts now are “Bill Plasterer” or “Joel Painter”) in with a cup of tea and biscuits and keeping everything crossed that the floor works out just fine.

The first couple of days I don’t think we’ll see too much noticeable change, he needs to prep the existing floor (full of staples from the previous underlay) and then lay the ply which will form the base of the engineered wood. After that he was telling me he lays a spine down the middle of the room and builds out from there. Just as well I’m not doing this as I’d have no clue what to do.

Once the floor is down we’ll then work on the colour. It’s entirely natural at the moment and the stain will be added in layers until we find what works best. The idea would be to match it as closely as we can with the beam which goes across the fireplace so we’re not overwhelmed with too many different wood colours in the room and actually writing this post, I no longer feel nervous but just excited by the possibilities!

Watch this space, I’ll be updating as soon as I can. 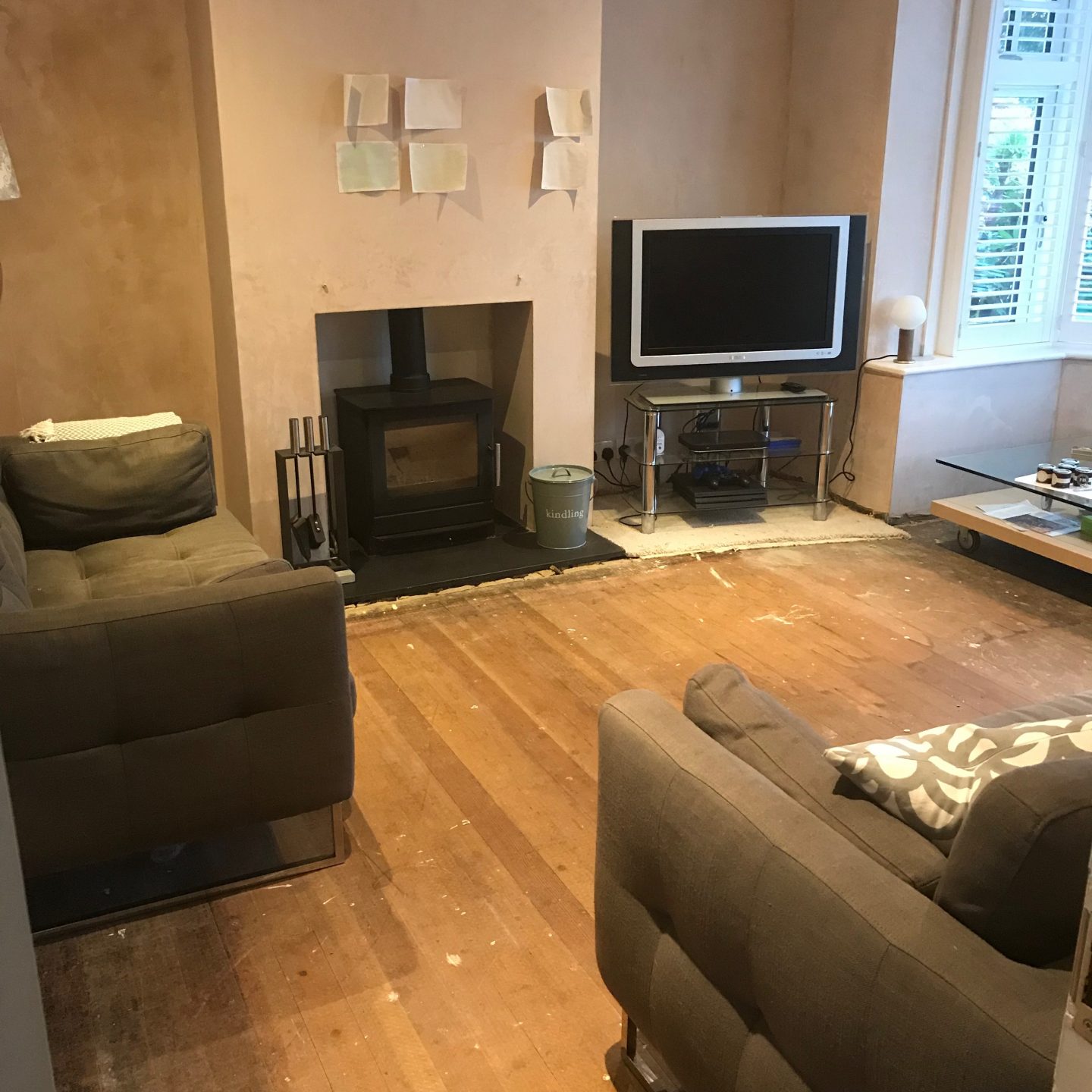