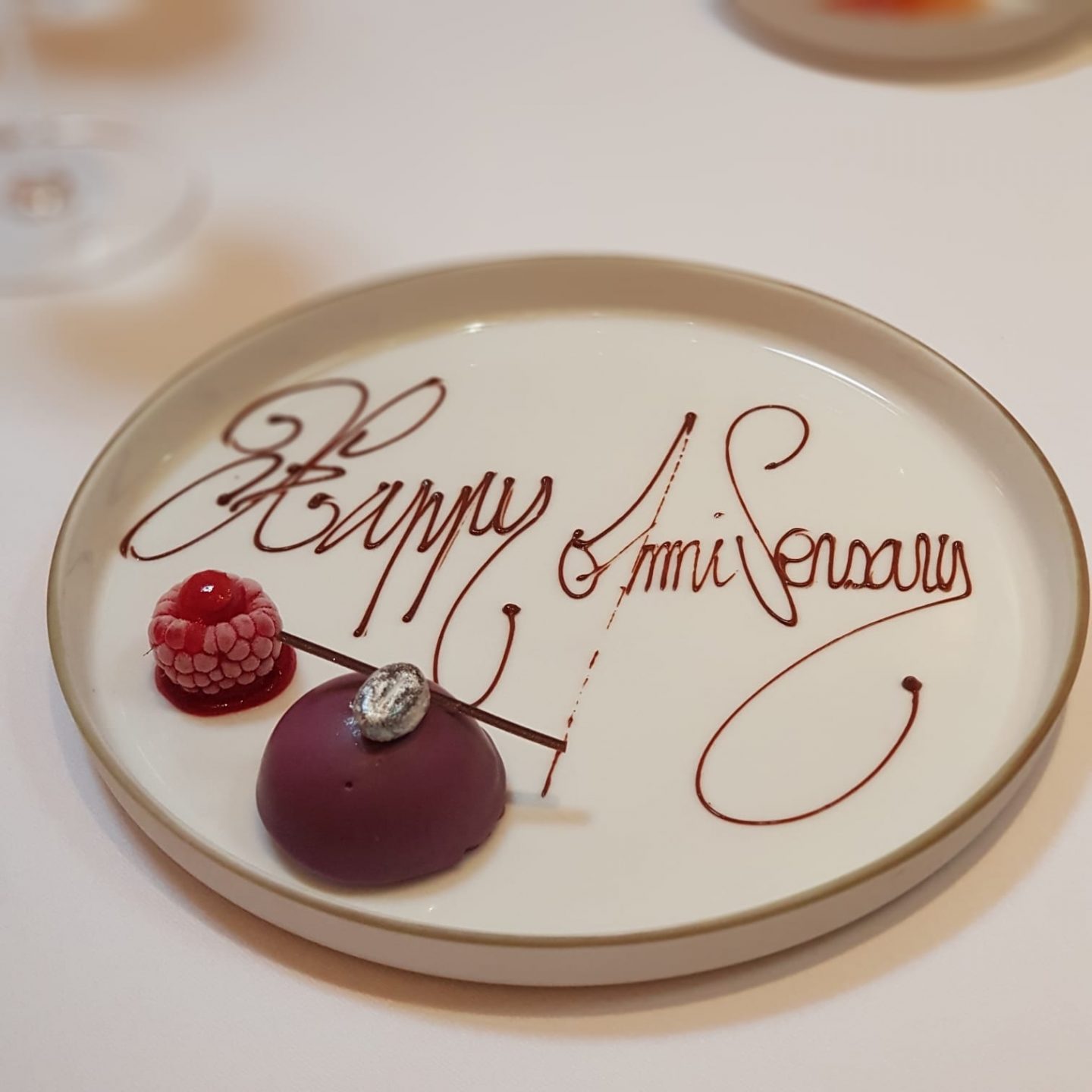 Do you ever find that life has pinch me moments? I feel very lucky that my life does, fairly often. A lot of that is down to me just being a very happy go lucky person who is easily pleased and happy 99.9% of the time. But sometimes, life really is pretty damn amazing. Standing on the steps of St Paul’s Cathedral last Saturday having just watched our friends getting married was one of those moments.

In fact, it was basically one giant weekend of love. Our wedding anniversary this year fell on a Friday so we took the day off to celebrate, knowing that we had a wedding to go to at the weekend. If that’s not the perfect way to celebrate I don’t know what is. It’s now ELEVEN years since we tied the knot. And bearing in mind I still feel 15 most of the time, I have no idea where more than a decade has gone.

Often, when we do have time off, there is also nowhere I’d rather spend it than London. This city is definitely one of the great loves of my life and exploring with Pete never gets tiring, especially on a week day when everyone else is at work. We ambled up the streets of Mayfair, witnessing insane shopping expeditions on New Bond Street and doing some shopping of our own at Paul Smith and Jimmy Fairly (I’m not sure whether my new sunglasses make me look oh-so-fabulous or oh-so-Dame Edna Everage!)

From there to lunch at Sketch which is basically one enormous feast for the senses. I really can’t do justice to this incredible venue with a description so my suggestion is to go and look them up on Instagram. We had a very long and boozy lunch with champagne, followed by wine, followed by desert wine. And a ridiculous 7-course taster menu, especially created vegan for me. 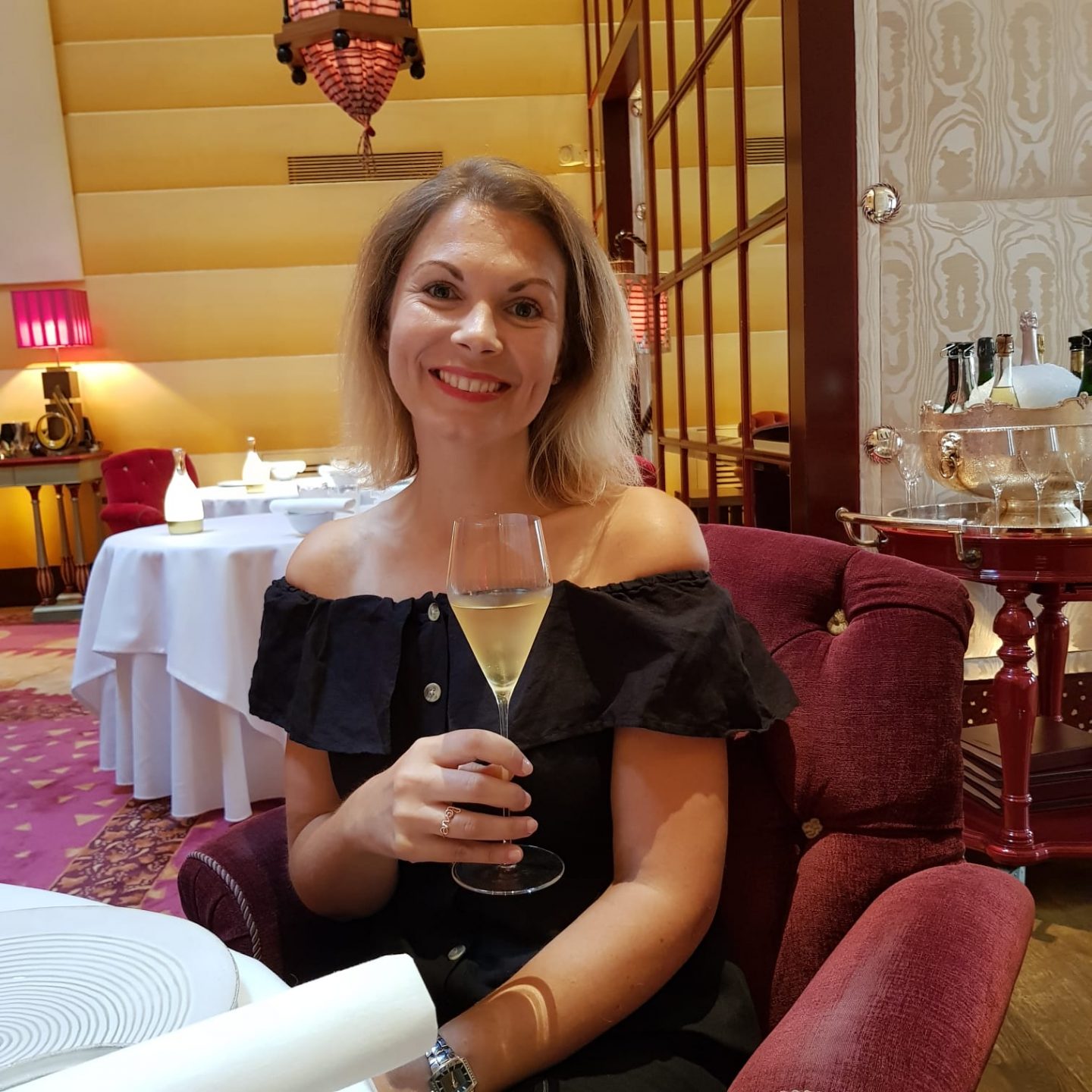 And from there, the wedding. OH the wedding. As soon as the invite came in I knew that a) we were definitely going to go, no matter what prior plans I had to cancel and when I saw the reception was at the Corinthia, that we were definitely going to stay the night. I’d often seen people heading to weddings in London over the years and always mentioned to Pete that we’d never been to one. So to break that duck with a ceremony at St Paul’s was pretty spectacular. 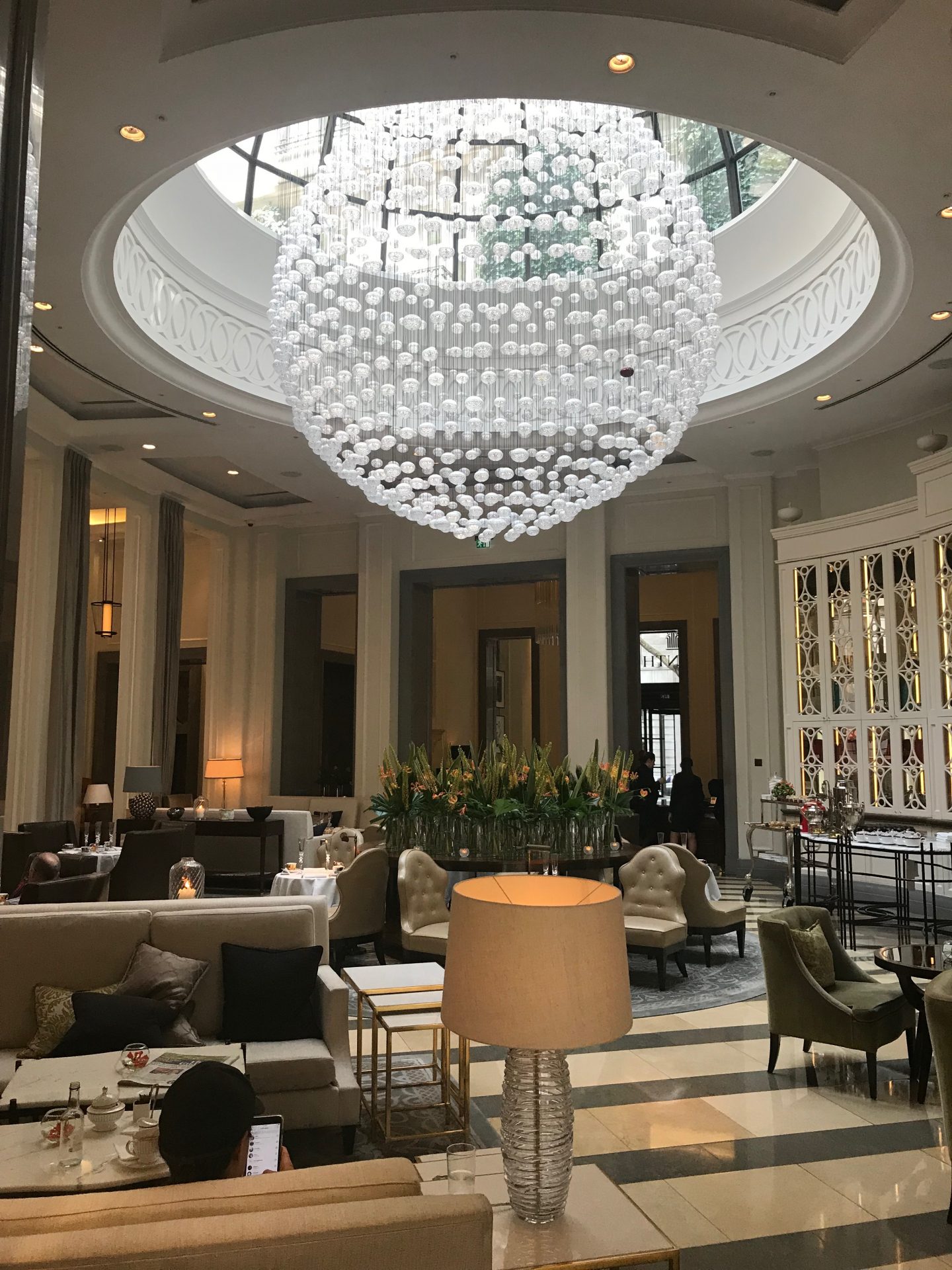 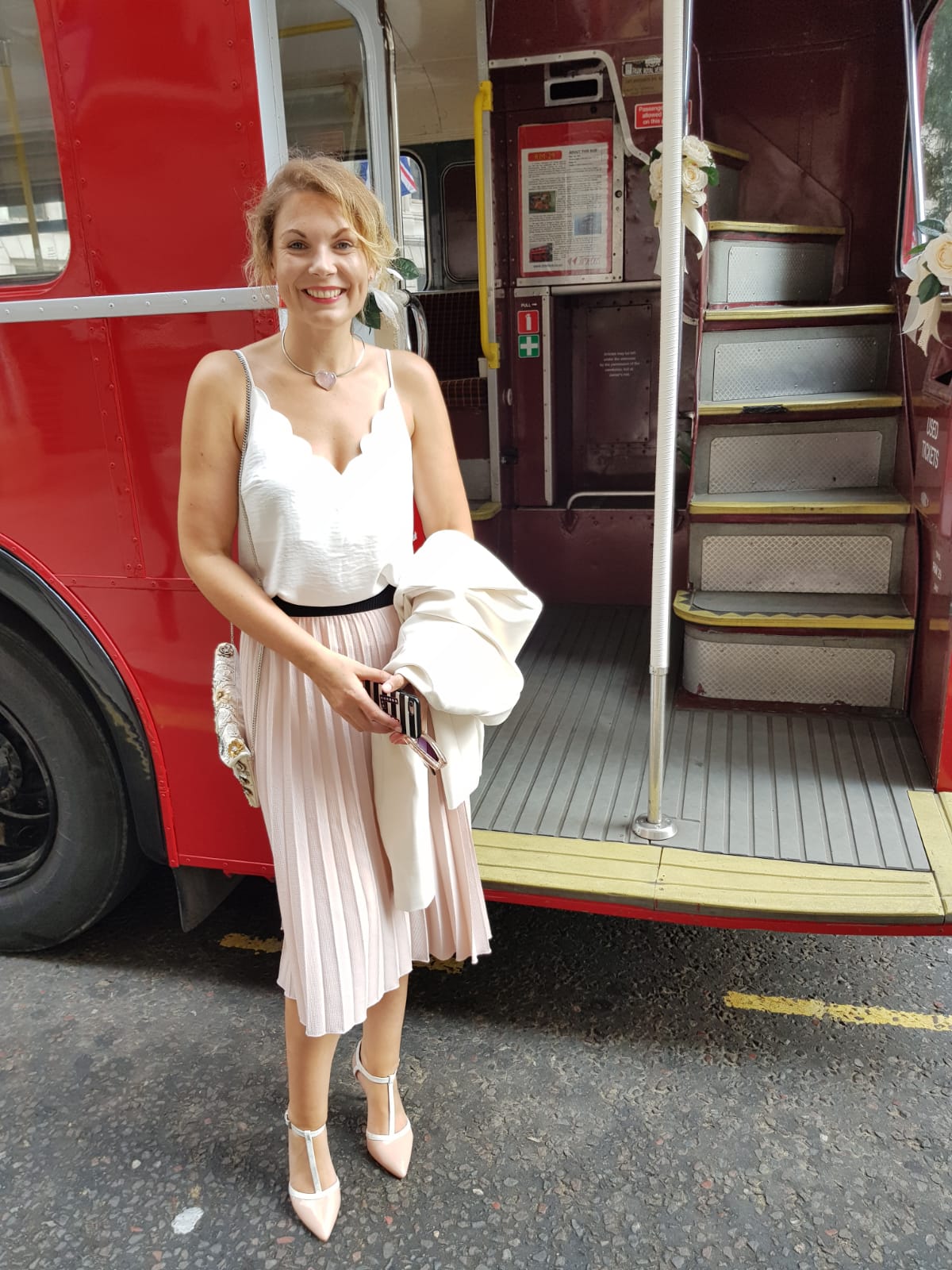 Having already checked in to the hotel, we took the tube a few stops to the ceremony venue and sat outside a bar drinking gin cocktails. Not necessarily sure it was a good idea as the Cathedral itself was at least one million degrees and at some point during a hymn I had to tear my jacket off with such speed for fear of fainting that I think Pete thought I was protesting (I’m not a religious soul as a rule so can sing the hymns but never pray and generally let my mind wonder for all the fire and brimstone bits).

From there we took the old-fashioned Routemaster double-decker buses back to the hotel for the wedding breakfast and party and it was quite frankly just perfect. We’ve been to a lot of weddings, in 2012 alone we went to SIX. A wedding on the beach in Sri Lanka and two weddings in Hungary. Religious ones, registry office ones. We’re fairly knowledgeable in what makes a good one and until last weekend hadn’t found one to beat our own. But I literally couldn’t fault it. 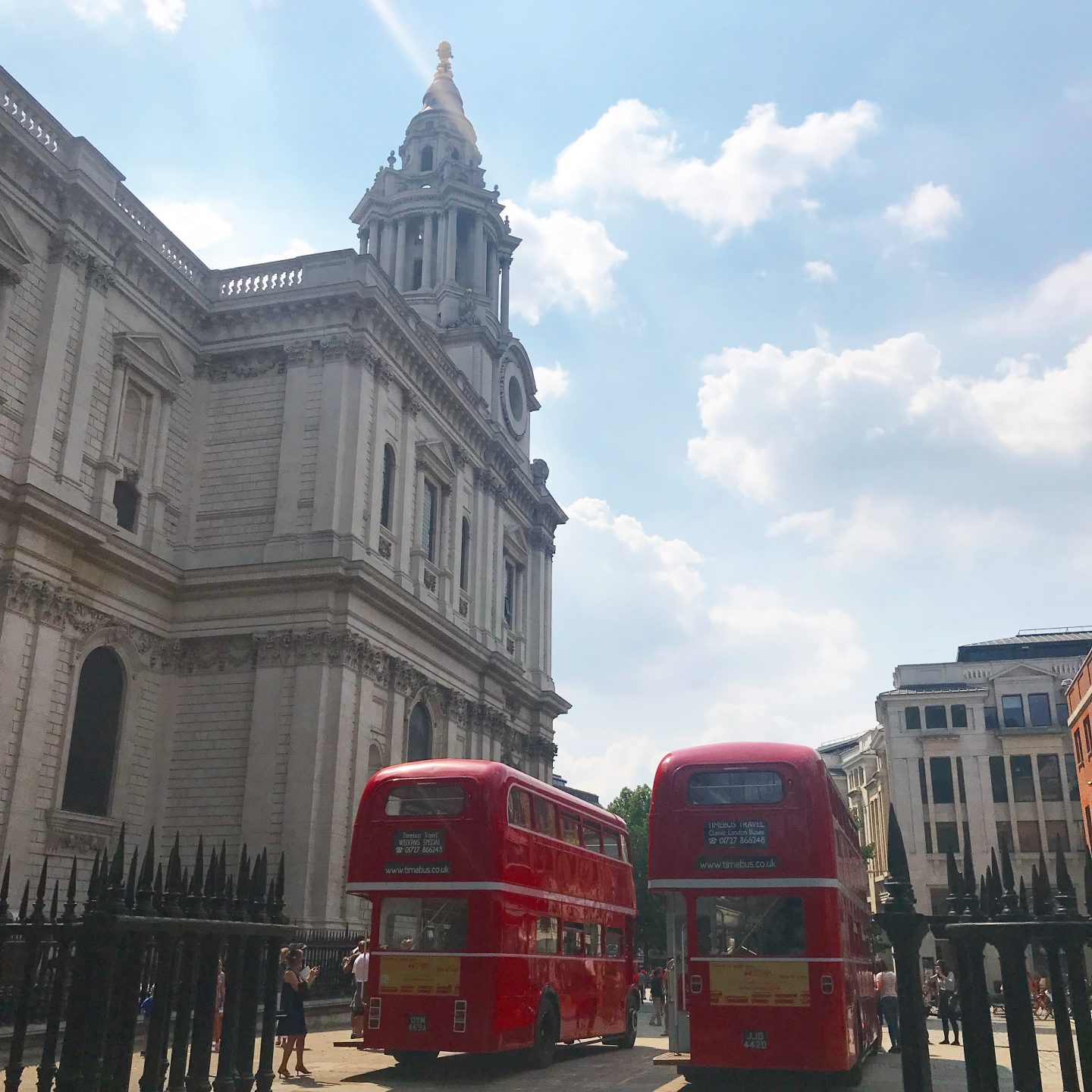 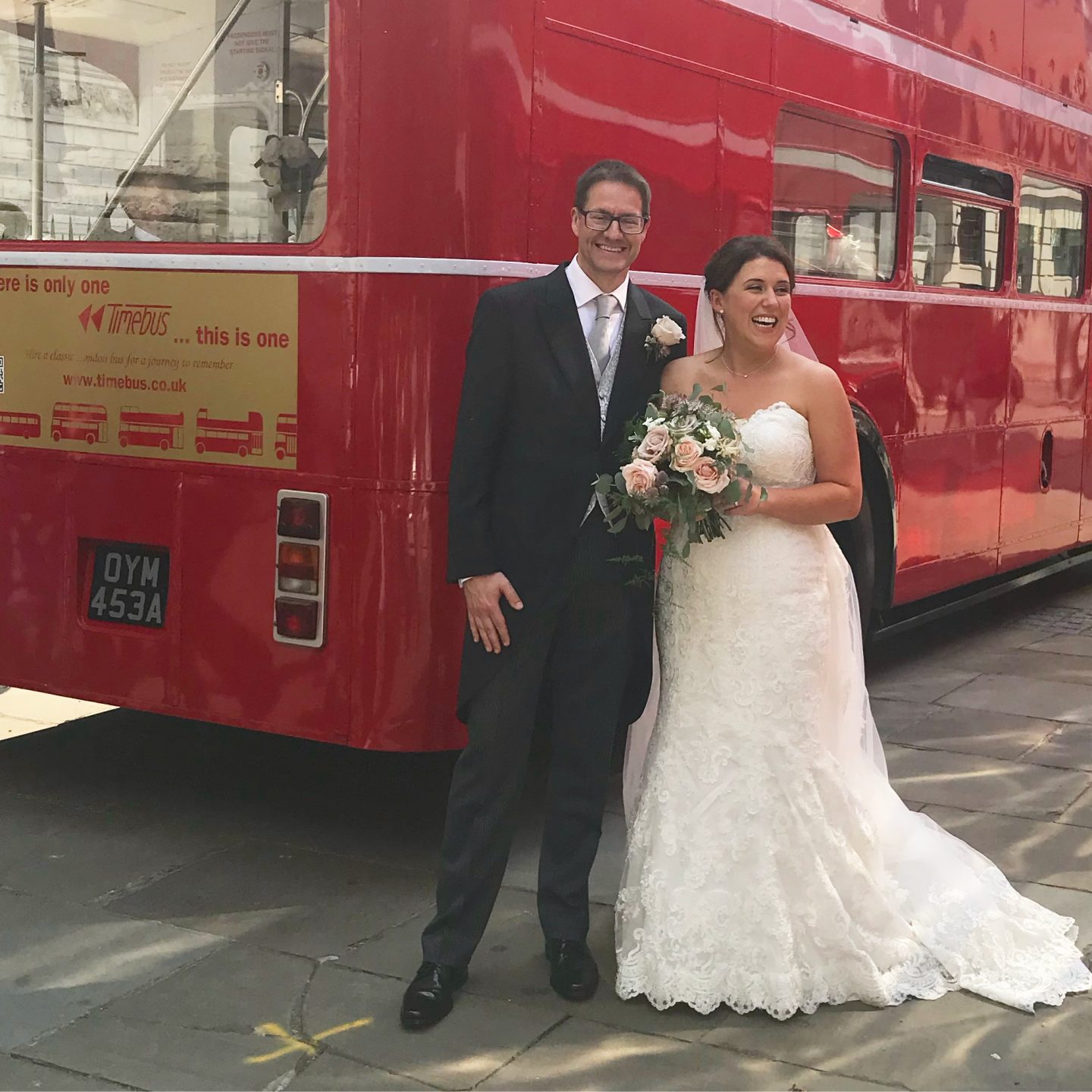 The decor was classic and elegant with huge floral arrangements combined with simple tea lights. The food was out of this world with no starter melon or mushroom risotto in sight and such is the service at the hotel that they don’t even need a reminder on your place settings as to who is having what, my vegan options arrived right on cue. 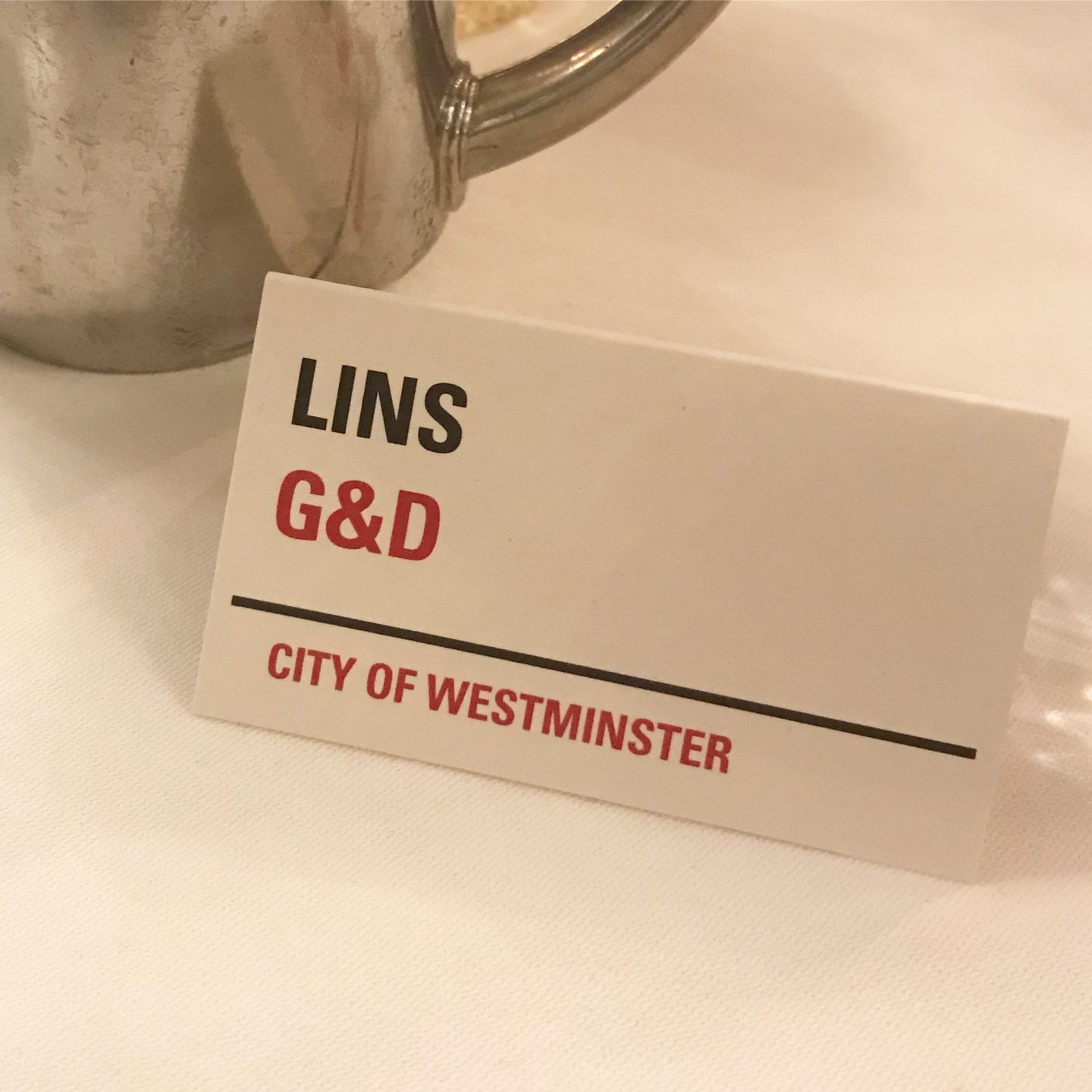 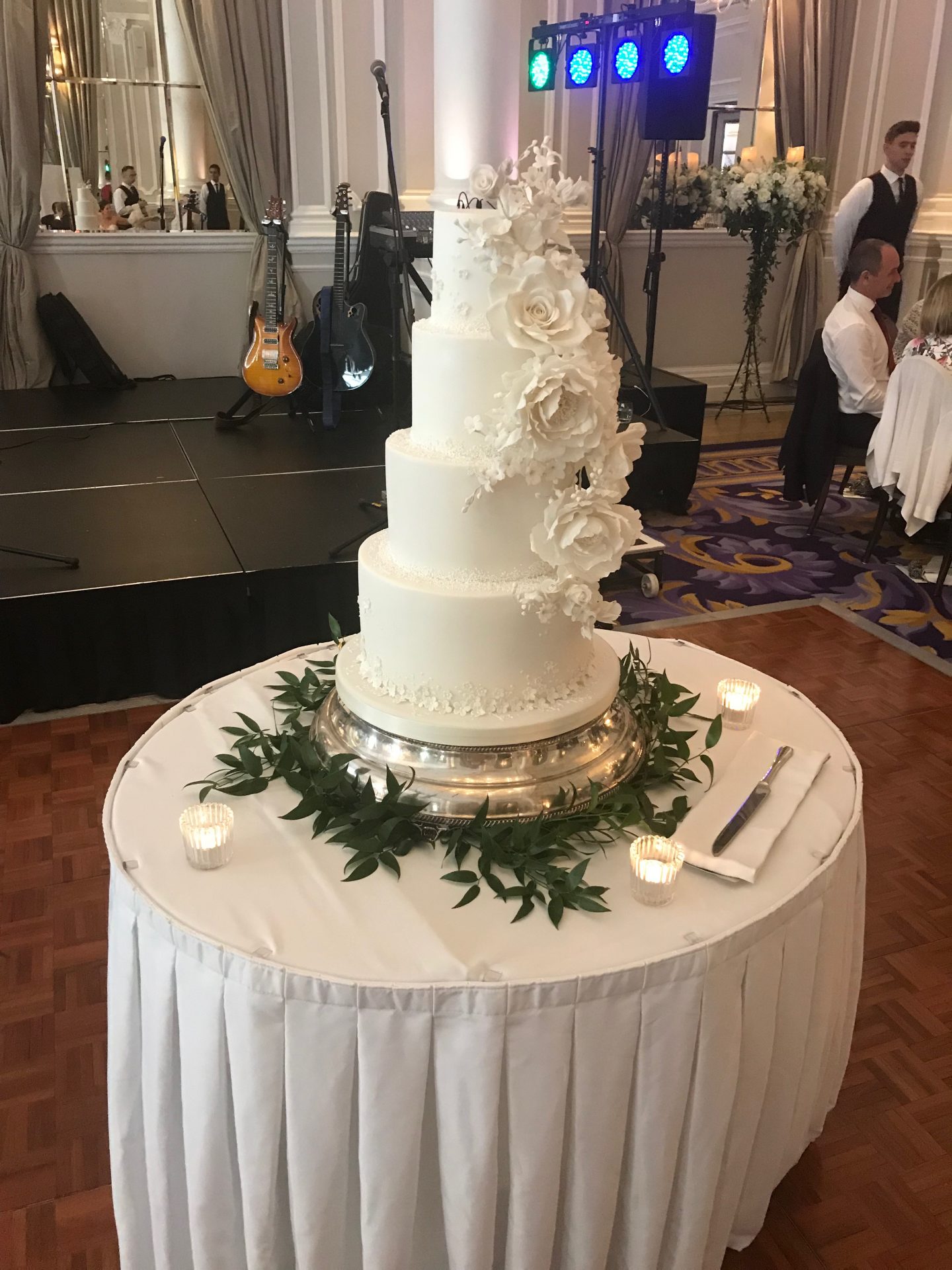 The night finished in the way that all good weddings have to, with a free bar and a live band. We danced and danced until the souls of my flipflops came off. Catching up with old friends, dancing the Macarena with new ones, it was one of the best nights I’ve had in such a long time. And shattered, well after 2am and with one too many gins inside me, we collapsed into bed. You see, this is the most important thing – to make a wedding truly brilliant in my eyes, guests must have the option to stumble if they want to from the reception straight upstairs to bed. No having to figure out late night taxis when you’re pissed in the middle of nowhere. I’d never been more grateful to see a bed even if I did faceplant straight onto it and sleep without taking my makeup off or even brushing my teeth.

And yet it didn’t even end there which would have been good enough. Breakfast was included so I tucked into a much needed hangover cure of baked beans, hash browns, veggie sausage and avocado on toast. Finally, because it would have been very rude not to, I spent a couple of hours in the award-winning Spa at the hotel, soaking up the full luxury experience worth every penny. 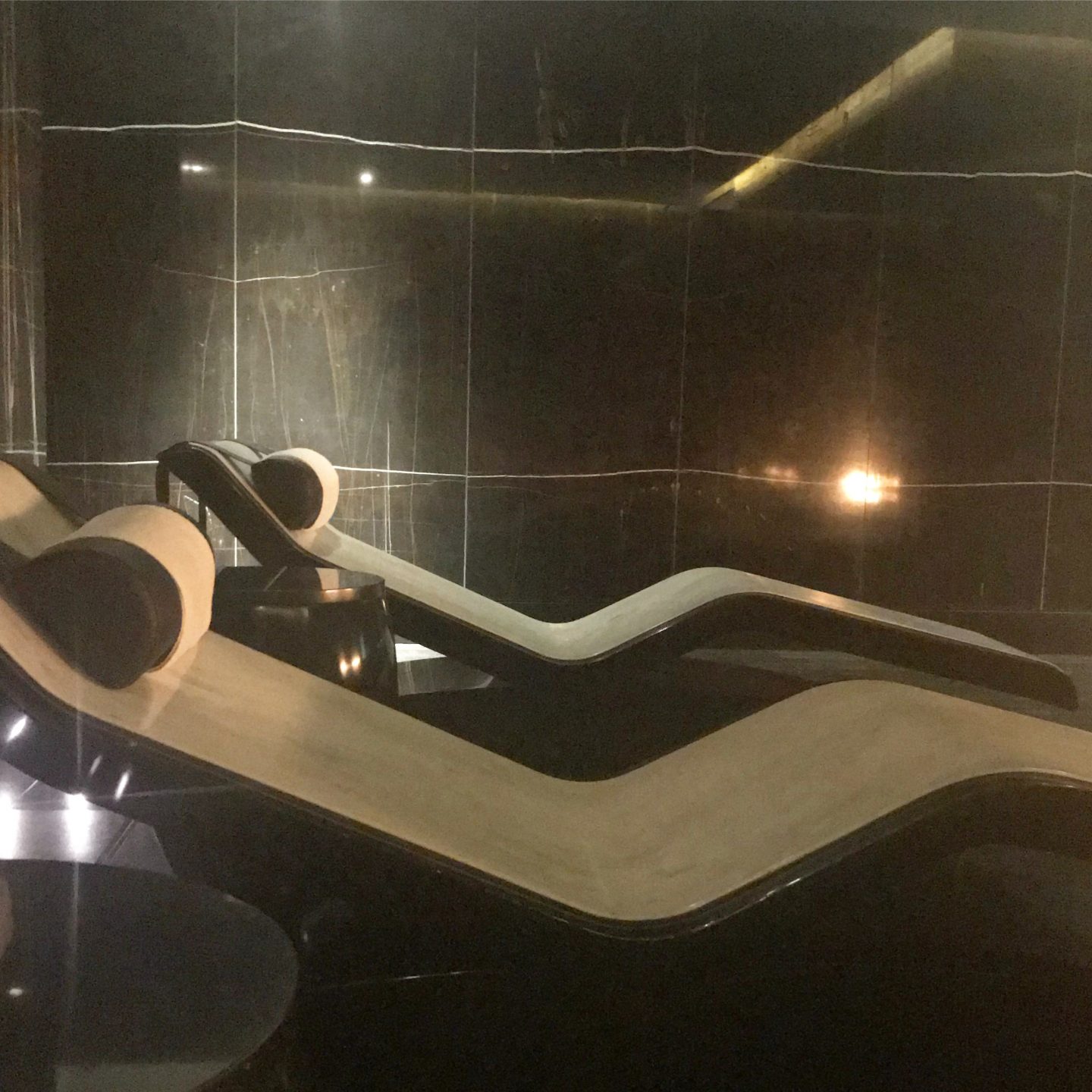 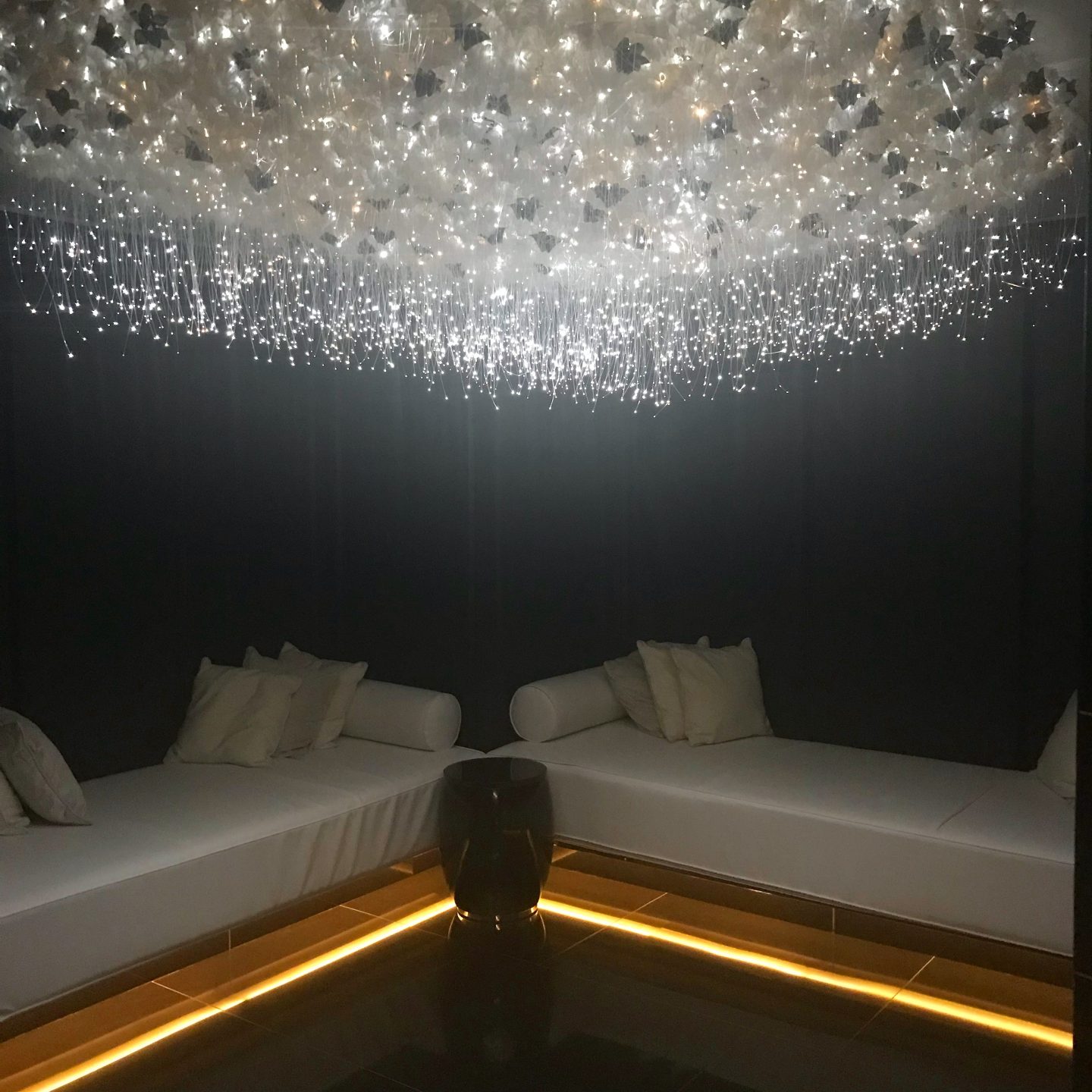 It’s been a long time since we’ve had a weekend that good and it will be a long time until another one happens. I’ve definitely been on a comedown but the secret is to crack on with the fun and make everything count. Plenty more pinch-me moments to come, for sure.