Welcome everyone! It’s week sixteen of the “On Being Childfree” blog series and I wanted to say a HUGE thank you for your continued support. Every week the post is the most read on my blog and I receive emails from people wanting to take part and DMs on Instagram that people are finding this so helpful. This week I’m delighted to welcome our fifteenth guest story, Tori. I really admire Tori’s openness about not wanting children and her desire to follow a life less ordinary. Please do read, leave a comment and share as much as you can, I’m really willing this to grow and grow so that we can help as many people as possible who may be going through something similar.

I Do: Teach English online from home. I also love to travel and have twice travelled up the east coast of North America on a boat.

I was a very introspective child, always questioning everything. It didn’t bode well for a young girl living in the middle of nowhere, North Carolina. There was one form of life presented to me, one form of thinking, one form of faith. I would spend hours and hours in my bed, trying to make sense of it all. The more I tried, the less sense it made. As young as eight years old, I was worrying about having kids and how I would pay for them. I knew from a young age how much financial responsibility children are. And being little, I would fantasize instead about sending my children off to a nanny and having countless vacations at Disney World.

Though I obviously grew out of the Disney ideal, the fiduciary concerns regarding children didn’t go away. It was always on my mind, but I never voiced it to anybody and just silently suffered with my concerns.

Money is far from the only factor though. The lack of desire to have children has always felt innate in me, even though people always say it will happen. Why does it have to happen for everyone? I could be in the perfect condition and setup to have children, and still no desire to have them. It’s as if that function that is in many people I know doesn’t exist in me. I never felt that it was something I needed to change though and what has helped the most in this journey is self acceptance, and understanding that not everyone has to follow the same path.

When I was twelve years old, we moved from North Carolina to Colorado. Even moving within your own country can be a jarring experience. I was frustrated with how slow everyone spoke (I still get told to slow down to this day, and I speak a lot slower than I used to). I struggled to conceptualize how many more kids were just in my one school, how many more activities there were. I could walk to school! Though on many cold days I longed for the bus.

I would silently absorb everything around me, and go about conversations in the way that had been done in a small town in North Carolina. So many kids were dating (this will be important in a moment). While this wasn’t a taboo at my old school, there just weren’t a lot of options. Sitting across from a couple of fellow twelve year olds who had just started dating, I asked if they were having kids. This was just the expectation, what everyone did. Just a way to segue into the next natural part of the conversation. The young woman shrugged and said “Naah that’s not for us.”

I silently nodded along as if it made perfect sense. That young woman will never know how much she changed my world with that one nonchalant sentence. Wait, it’s a choice?!? 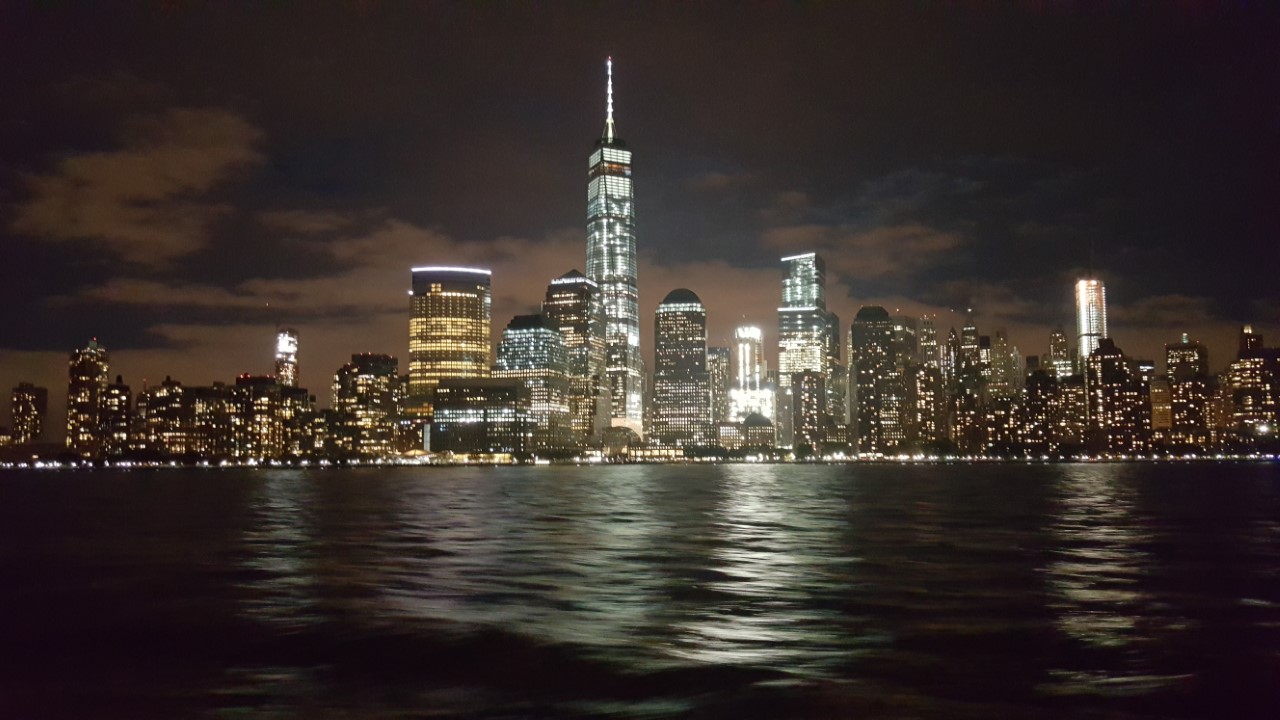 I’ve been very lucky in that I’ve had very supportive family members, but their support was drowned out by the pressure I received from the Mormon church. The bold young woman’s response ringing through my head as we read scriptures about marriage. I piped up in class. “What if someone doesn’t want kids or even want to get married? What if it’s just….not their thing?” I stumbled over my question as I felt the tension in the room thicken.

I will never forget the church leader getting in my face, standing over me while I sat in my chair, screaming at me that it is the lord’s commandment, and you must obey the lord. All of the residual feelings I had about this not being a choice, was now being presented to me in plain words. This was the beginning of the end when it came to my relationship with Mormonism or religion as a whole. I was finally able to be free of the church and religion once I was 18. I haven’t attended a church service since.

I have strived to live my life for me. In high school, I did have one boyfriend who convinced me to “compromise” and have one kid in the future. Thankfully that relationship ended shortly after I graduated. He’s married now with a kid. While I’m glad he has gotten the life he wanted, I am also glad we embarked on separate paths.

I have been very vocal while dating anyone, that kids are not in the future for me. This hasn’t been a problem, and I do my best to date men who respect this choice. While men in my life have come and gone, my convictions didn’t sway. I had come to a point in my adult life that it came time for me to make a weighted decision. I had researched and self reflected on said decision for years. There had been enough deliberation, and in January of 2017, I got permanently sterilized. I will be talking about the journey to this decision on my blog. 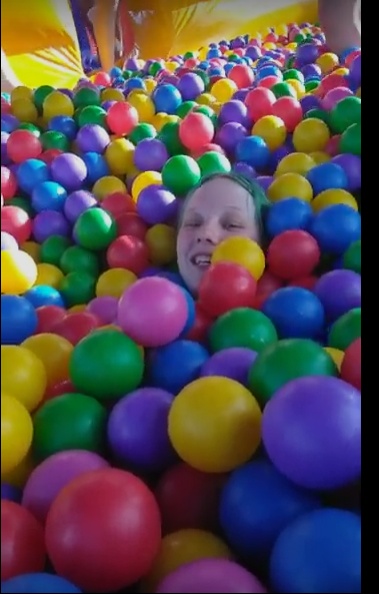 I have been dating Wolf for almost two years, and we’re giddy with excitement about the future we’re creating together. It’s a future that for us both doesn’t involve children simply because we’re living a different life. We have many ways we want to give back. I consider myself an activist, and have spent a lot of time dedicated to raising awareness over a variety of issues. I would love to do that on a bigger scale when I have more resources in the future. I work from home doing various small things. My English teaching job is one of the most rewarding things I have ever done, and my students have actually inspired me to get a proper Spanish tutor for myself after years of self studying is proving to be no bueno.

When Wolf and I started dating, we started discussing how we were going to travel full time. It’s been a dream of mine for a long time and we’re in this together. We are now looking at various options, and who knows where we’ll be a year from now, figuratively and literally. We have the flexibility to pick up and go when opportunities arise, and we are wanting to get our college degrees to expand said opportunities. I am taking on an unpaid internship soon, and trying out so many different things.

I had the (mis)fortune of seeing my father get a degree that he ended up using for a while, realizing he hated his career, and grateful that he got to use his GI bill for the degree instead of student loans. I saw so many around me being underemployed or unemployed regardless of education or other qualifications during the ‘08 crash. The more High School pushed on me that I had to make such a financially irresponsible decision from such a young age. Bringing in motivational speakers to fearmonger about how we’ll end up homeless and starving without a degree. Spreading the lie that a degree will save you from the same fate. The more I rebelled against the idea. 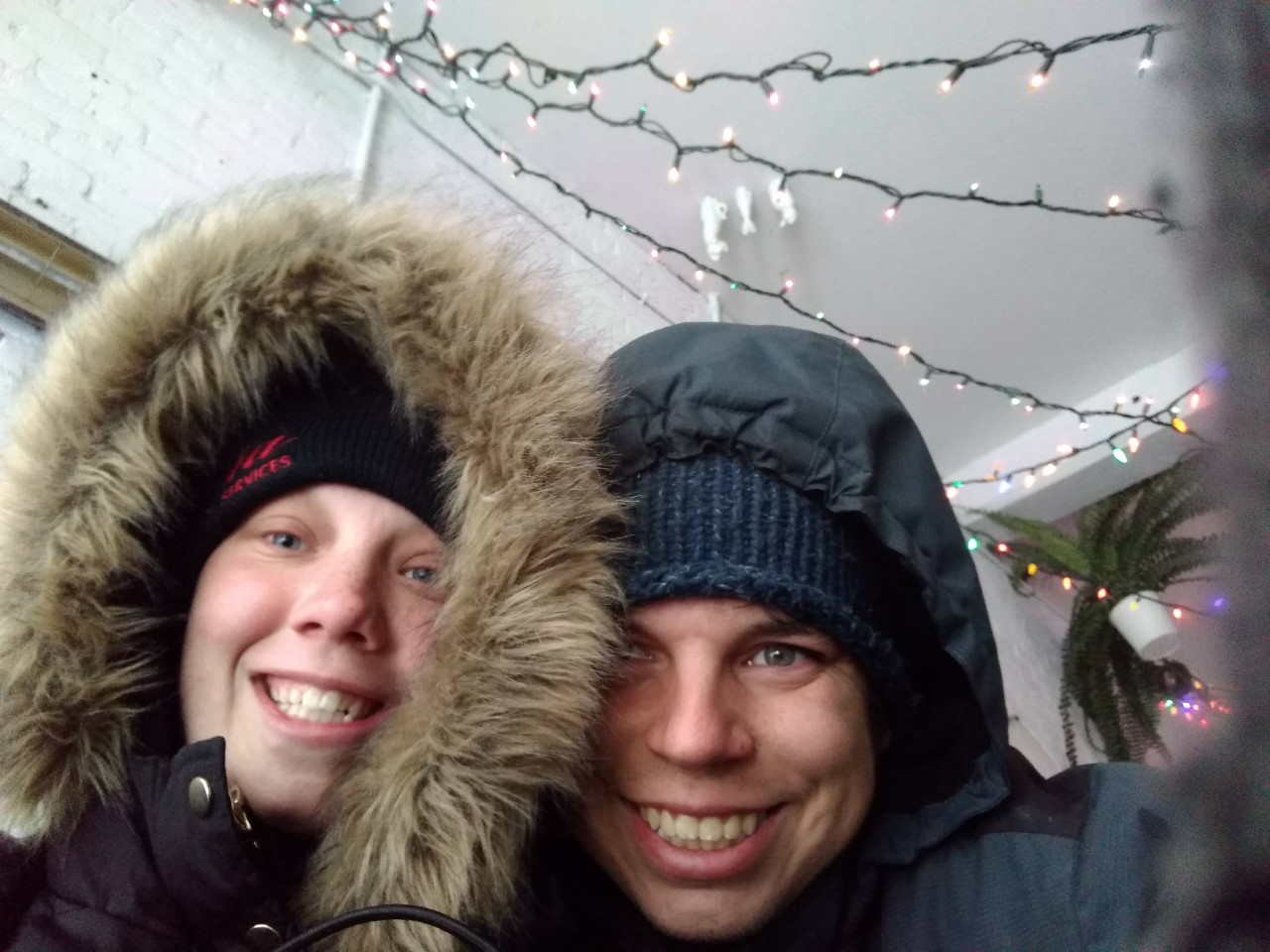 Instead, I went and worked on cruise ships. Tried many various jobs. Gained many invaluable skills with customer service that have been able to transfer over to so many other things. Learning the value of good communication with whomever you’re working with (you’d be amazed how many people let this one slide). I lost out on the “college experience”, but I got experiences I wouldn’t trade for the world. I was forced to spend a lot of time with myself, and became so comfortable with myself. I learned I’m pretty internally hilarious (sometimes outwardly), and that I’m a lot of fun to be around. I don’t think I would have gotten these growth opportunities had I gone down the traditional path. However, now I’m older I also think it’s a time to explore what a college degree could offer where I wasn’t ready for that before.

That’s why I am going back to college now, thanks to the advances of the internet. I can go at my own pace through an online college, but had I gone right after high school, I likely would have gotten a liberal arts degree and landed in tens of thousands of dollars of debt that is next to impossible to get rid of. I’m now able to approach college in a way that’s a better fit for me, in a degree that’s much more valuable to me, and am able to make a move in my life that’s a lot more calculated. This decision also isn’t made due to the pressures of the world, and now for the first time in my life I can feel genuinely ready and excited to go to college.

Wolf and I want to take many large risks in the future, take unconventional leaps. We have naturally curious minds and are always trying to learn new things. We have an unquenchable thirst for knowledge and adventure. We want to prioritize our desires and goals, and discover what’s waiting out there beyond the traditional.

Thank you so so much to Tori for sharing her honest story as a guest poster and sharing her thoughts and views in this piece. As I’ve stressed from the very beginning, this is a warm, empathic platform for people to share their stories, hopes, dreams, fears. Please do read Tori’s story, leave a comment if you’d like to and share this series if you know anyone it could help. Together we are making changes.