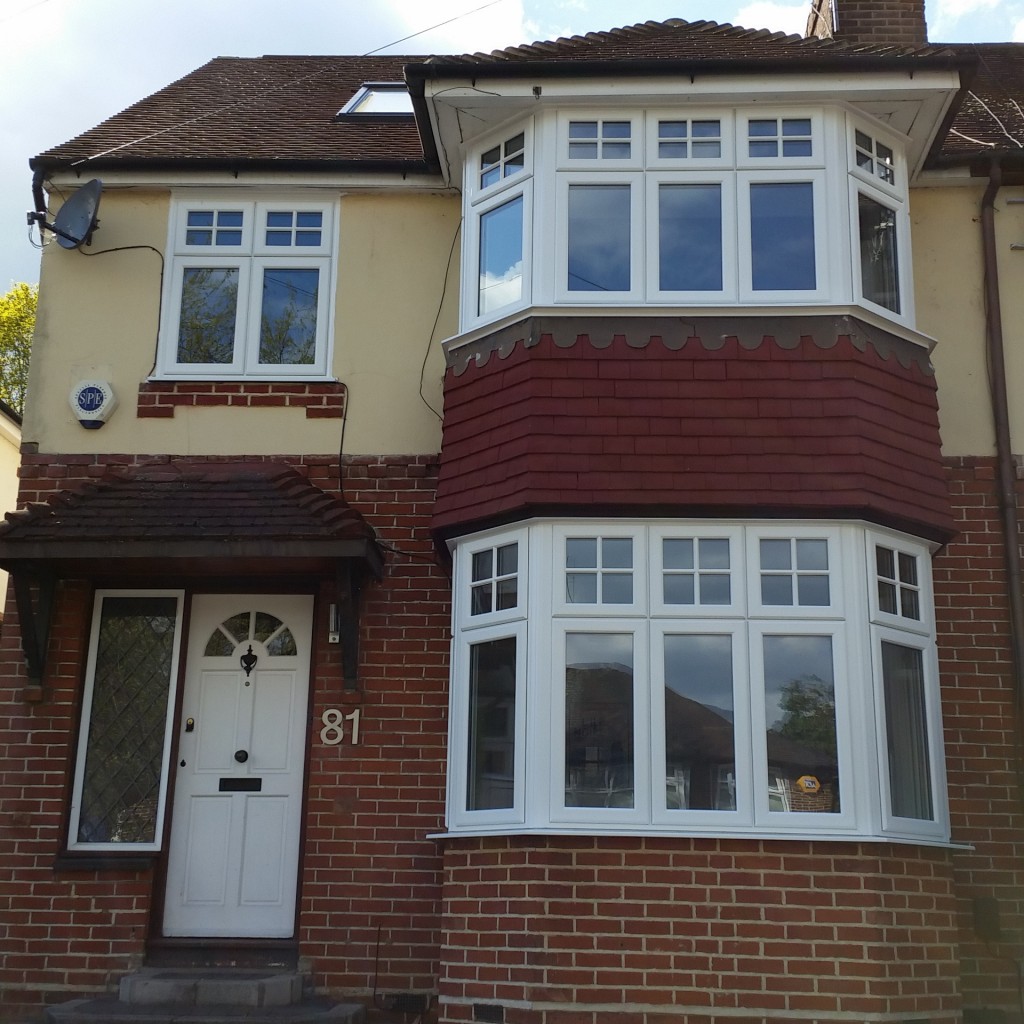 It’s already nearly the middle of February and we haven’t yet turned our thoughts to the big plans for #projectselondonhome this year! It feels like the longest time since we had our plantation shutters fitted back in August which was our last big home project and now we’re both feeling a bit frustrated at a lack of more progress.

The main reason it takes us a bit longer to get things done is of course money, I’m almost certain there’s a London premium whacked on to all costs for house projects and because we don’t want to go down the route of borrowing for anything we do, it means we can only afford to have work done once we’ve saved up for things. And we’re flippin’ fussy which just really doesn’t help.

Finally though we have some money in place for 2016 and that means a little more progress this year. So what’s next?

Electrics – if we won the lottery, rewiring the house would probably be top of the agenda but since we haven’t won the lottery, making repairs is absolutely critical. Whilst our house isn’t old in the grand scheme of things, it is nearly 100 and in some cases we have the electrics to back it up. Coupled with some irresponsible owners in the past who have hashed out their own works, adding spurs here and there it’s a bit crazy AND dangerous. I know lots of people are comfortable with dabbling in sorting out their own wiring but I’d rather leave it up to the experts and know that we meet building regulations. We’ve got an absolutely brilliant electrician who drew up a report last year of everything that needs fixing and so it will be great to finally move forward with this. Pete’s already given himself one electric shock installing our Nest smoke alarms and every time we put a wash on in the kitchen it fuses the electrics because the circuit can’t support the power. 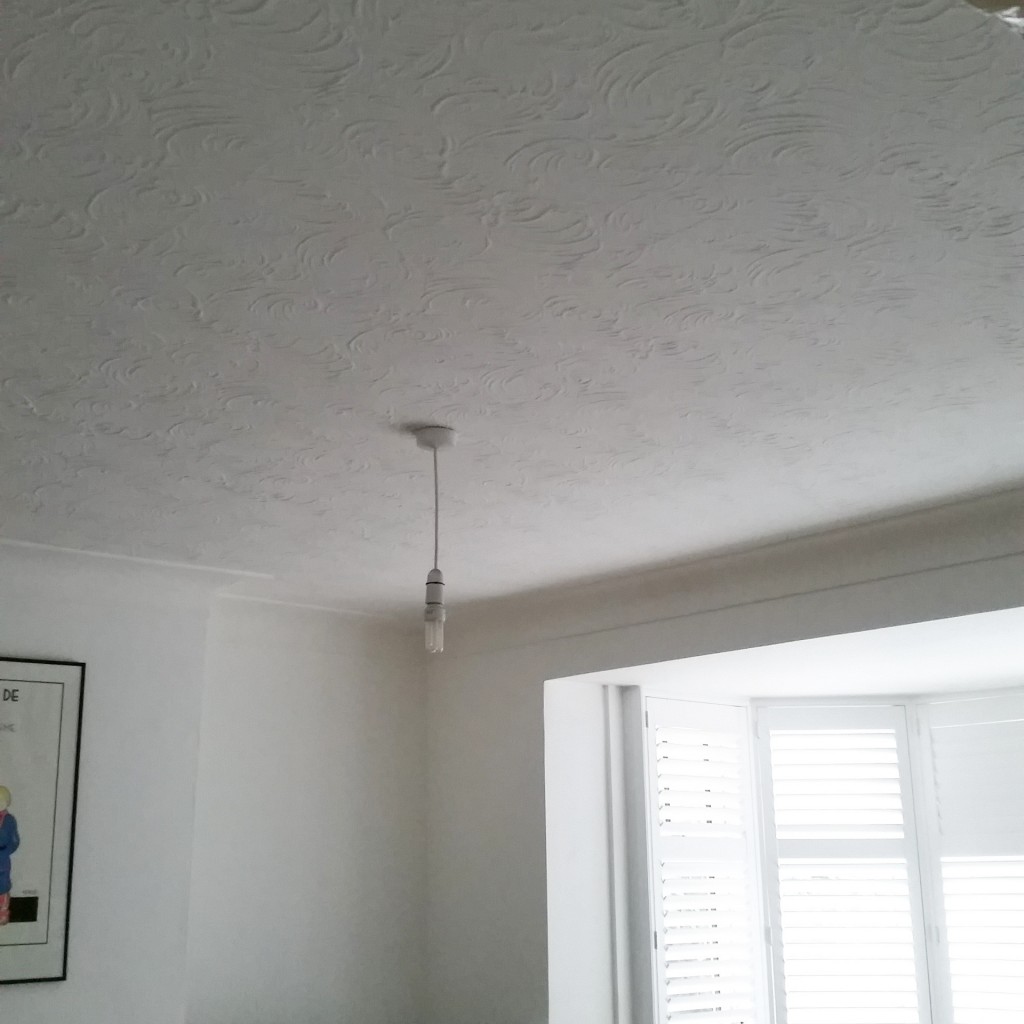 The Living Room Ceiling – our living room is pretty much the main focus of our renovations at the moment since it’s obviously a place we spend most of our time. The carpet is driving us crazy, it’s so hideous but before we can look at flooring the ceiling has to be done for yes! We have that beautiful 70s/80s throwback otherwise known as Artex and it has to go. We’ve also got one central pendant light and are both keen to replace this with halogen lights in the ceiling and in the bay window ceiling too. So this will be another job for the electrician who is also our decorator – such a handy guy to know! 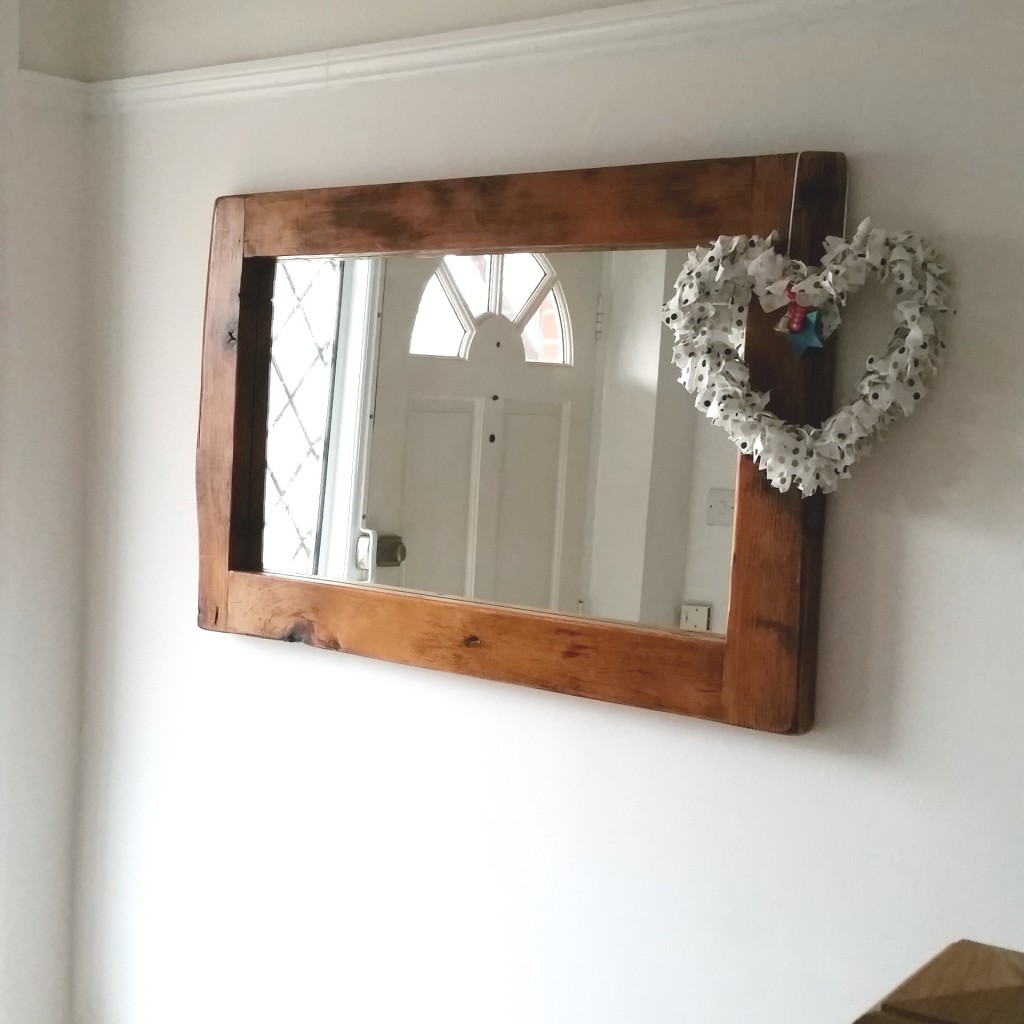 Hallway updates – we probably won’t be able to stretch to replacing the floor in our hallway this year but I had an email from the very clever woodwork man who made our bespoke mirror that hangs by the front door and he is going to start work on our console table in the spring which means we can finally move from an unloved dumping ground to turning the hallway into a welcoming entrance to our home. The electrician will add a plug socket because there aren’t any at the moment and we already have a table lamp so hopefully come next winter it will be lovely to come home to some lighting. And I’m going to finish all the paint stripping on our three floor staircase restoration if it kills me! 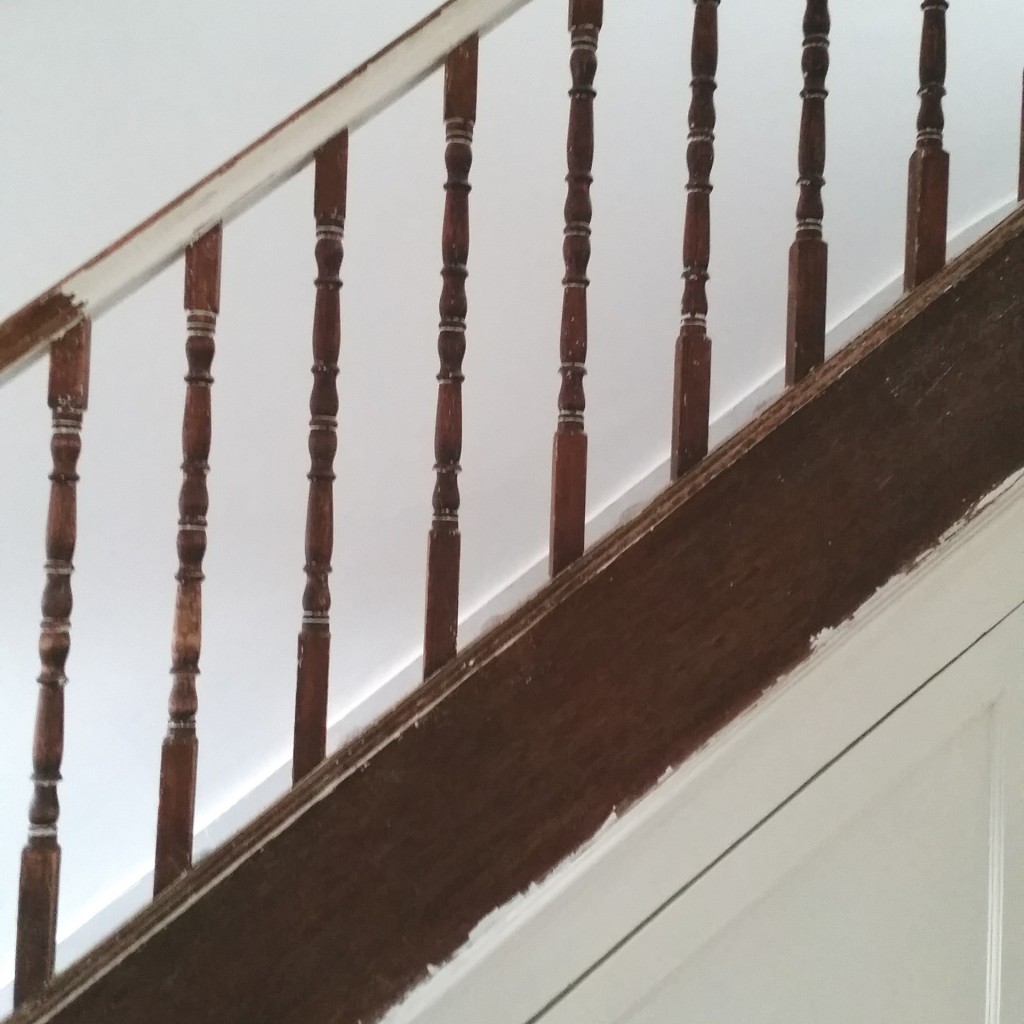 The Front Door – oh this is a saga which feels like it’s been going on forever. To recap – briefly – within a month of moving in I fell in love with THE perfect front door. I don’t like plasticy front door, or those strange handled ones where you have to perform handle gymnastics to get it open or shut. I like traditional front doors, after all the house would look daft with anything else. So we went to North London to see the company, they came to give a quote, we both had a heart attack because it was so expensive and started looking again. Yet the fact is after 2 years of looking nothing has even come close so we started saving and were ready to GO! And then about 2 months ago we found out the company had gone bust. So it’s back to square one, I have the sketch of the works and am hoping I can find an alternative company or an amazeballs carpenter to make it for us. Watch this space!

Outside Stuff – after trying to stick with local companies to get the side and front of the house re-rendered and getting nowhere, this is back on the agenda. Currently the parts of the house that aren’t brick are a nasty cream with some really worrying cracks so we need to get it patched up. A house a little further down from the road from us is currently being re-rendered so I’m keeping my eyes on it to see if they do a good job. Once we get that done we can get it painted which will make a huge difference to how it looks – you can see from the top picture how scruffy it is and whilst the windows look great everything else lets it down but I have a few plans up my sleeve to really transform this ugly duckling.

So there we go, plans for 2016. Some of it isn’t massively glamorous but it’s necessary and making good still. I’m dreaming of the day when I can write a post like this and say “here it is, we’re building our crazy extension” but until then, I’m still excited about all the other changes we make as we gradually bring our home back to life.