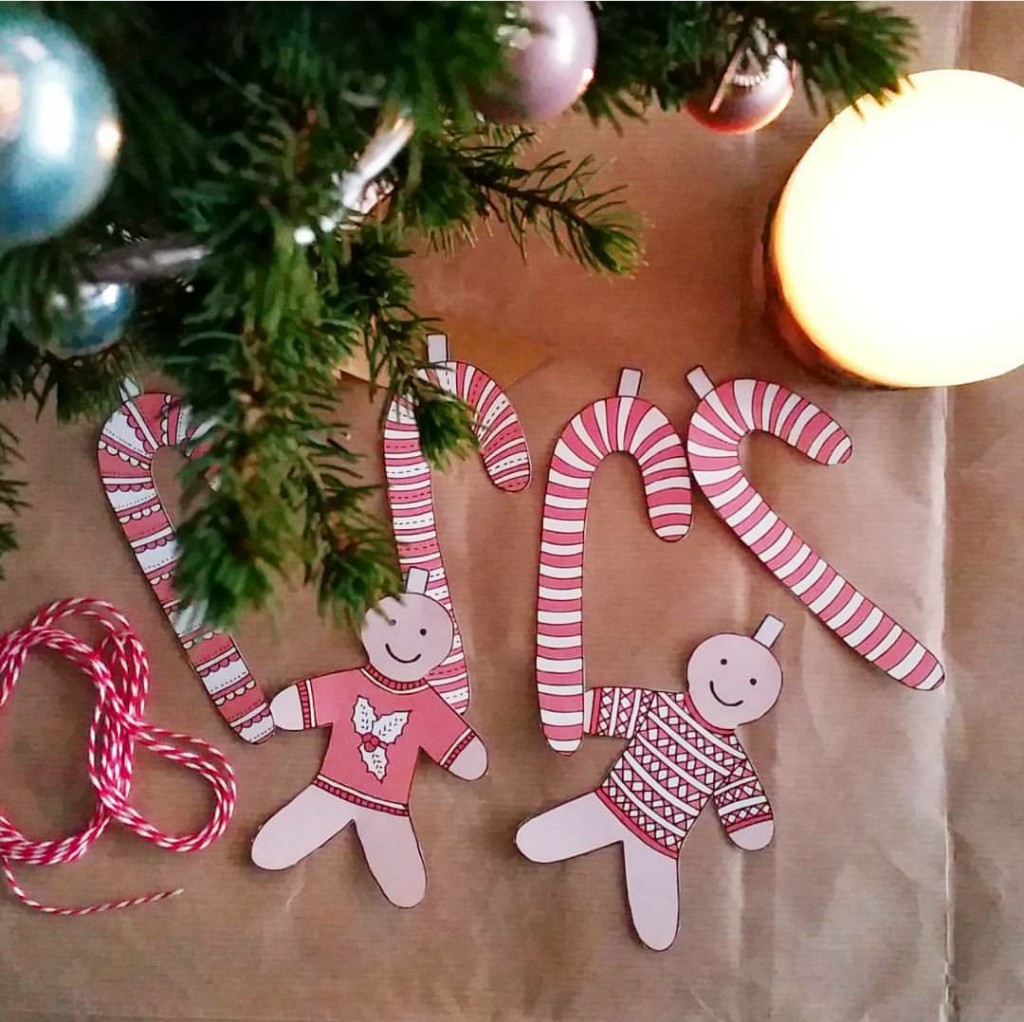 This has been such a wonderful week that I’ve been looking forward to for the longest time. After two long weeks where I’ve felt like there hasn’t been a moment’s rest with long working days and then two weekends of visitors, the only thing that kept me from losing my sanity was the thought that there would be some time off right around the corner.

Work finally felt like it was starting to quieten down ahead of the Christmas break and I was only in the office from Monday to Wednesday. We had some lovely news on Wednesday when Pete went to a meeting with our mortgage broker, that the house has shot up in value since we bought it and so we’re now in a great bargaining position for a better mortgage deal. We had a fixed-rate two year deal starting in February 2014 but will move to a 5 year one in February 2016 which will see us about £200 a month better off so we can hopefully put more money away for projects, yay! 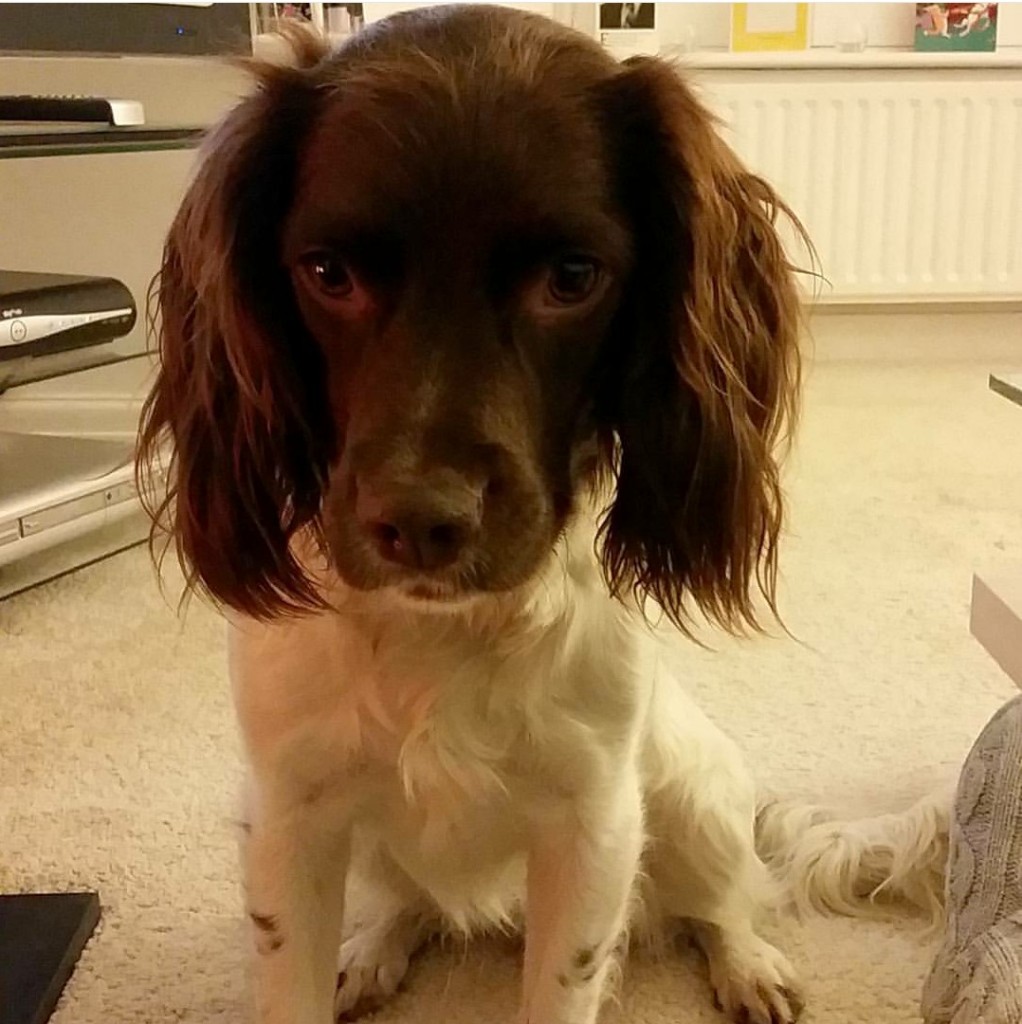 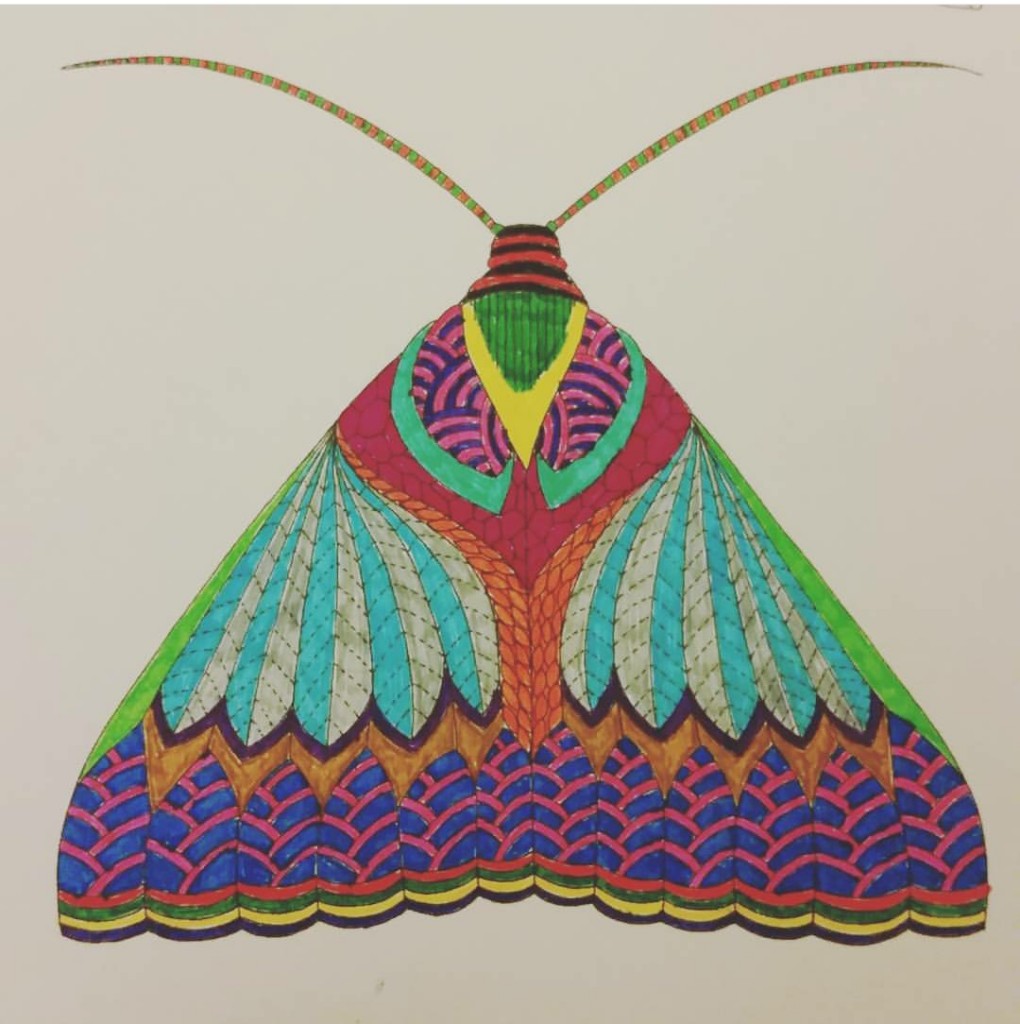 There’s been more time for colouring this week, cuddles with Maddie and trying out new nail polish which was kindly sent to me by Just My Look so a review will follow. After so many years of nail biting 2015 has seen me finally grow up and look after my nails a bit better. It definitely helps to have them painted because a combination of constant housework, DIY and looking after the dog mean that my nails get a rough ride and at least having a couple of coats of colour stops them from splintering so easily. 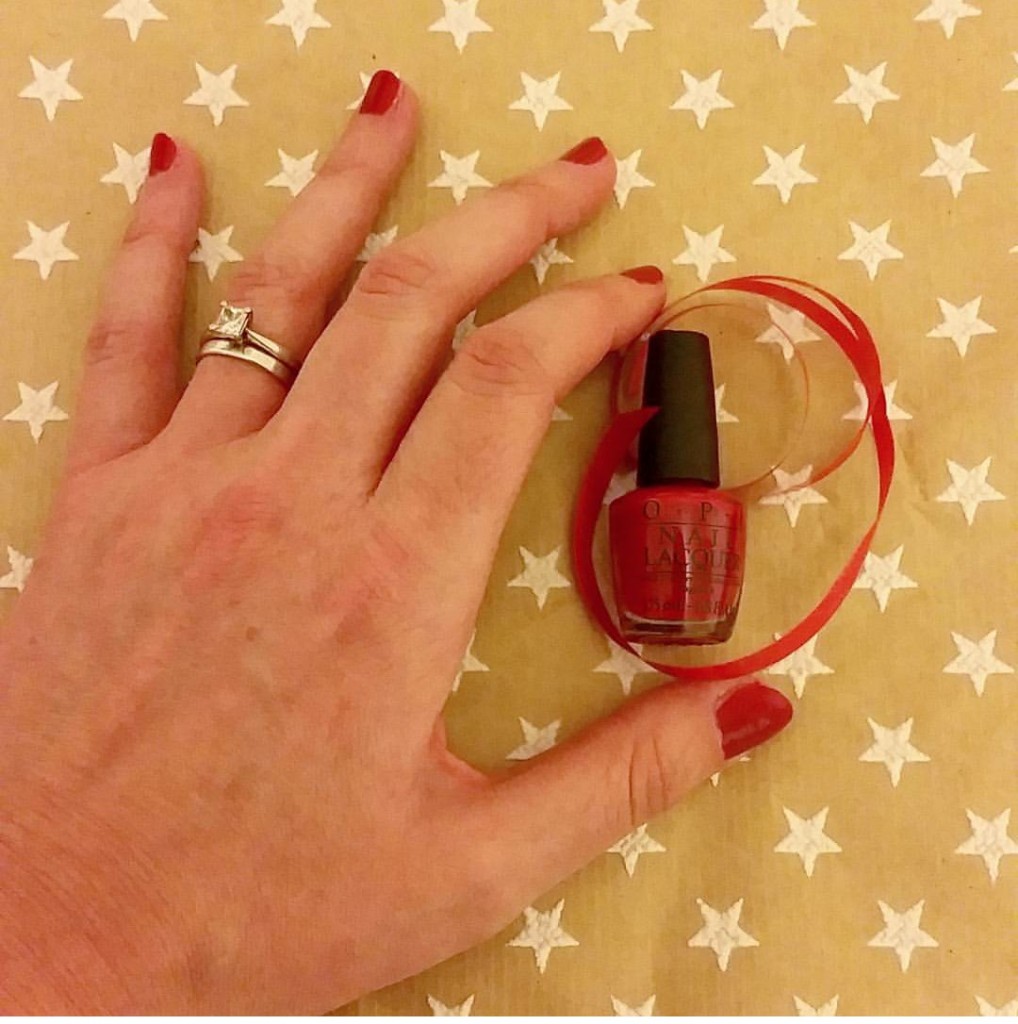 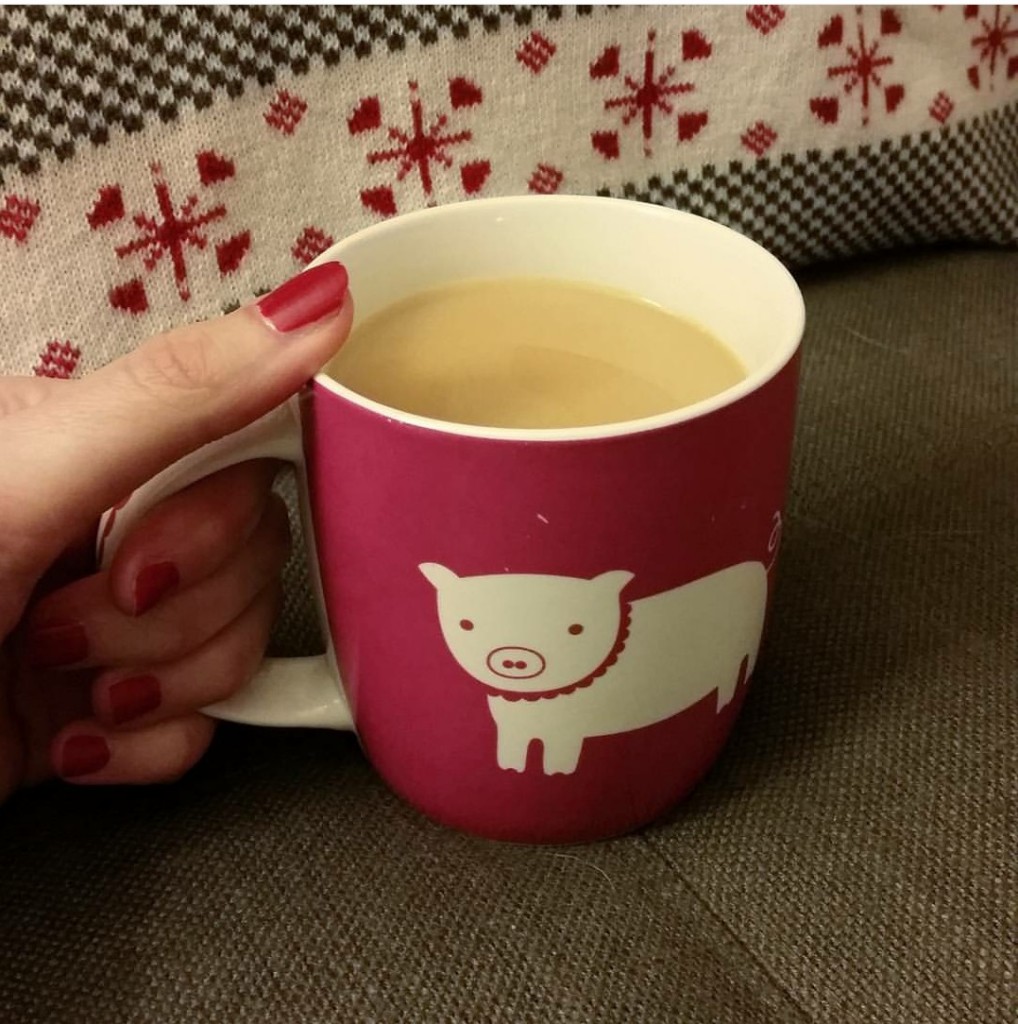 Thursday I was working but back into my normal routine of working from home and took Maddie for an early walk in the park, just in time to see the last of a beautiful sunrise and hazy pink skies over SE London. There was also a very kind delivery from the team over at Delicious Alchemy who have been so generous with their information and support as I try to adapt to a gluten-free future. I can’t wait to try out a bit of baking using their mixes and first up might just have to be Christmas cake. Incidentally, this has been the first 10 days or so where my symptoms have finally started to ease off which is a massive relief so hopefully I’m now fully adjusting to the new regime and it will only be onwards and upwards from here. 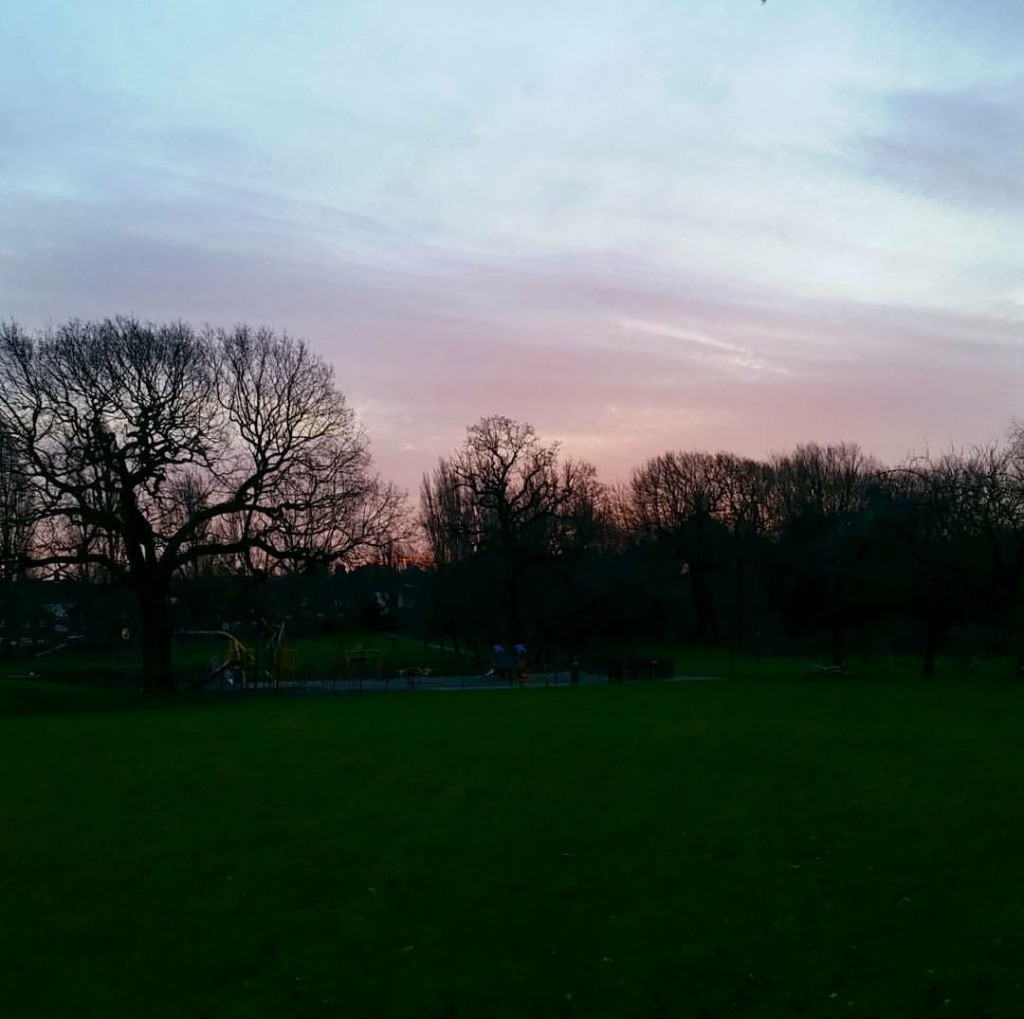 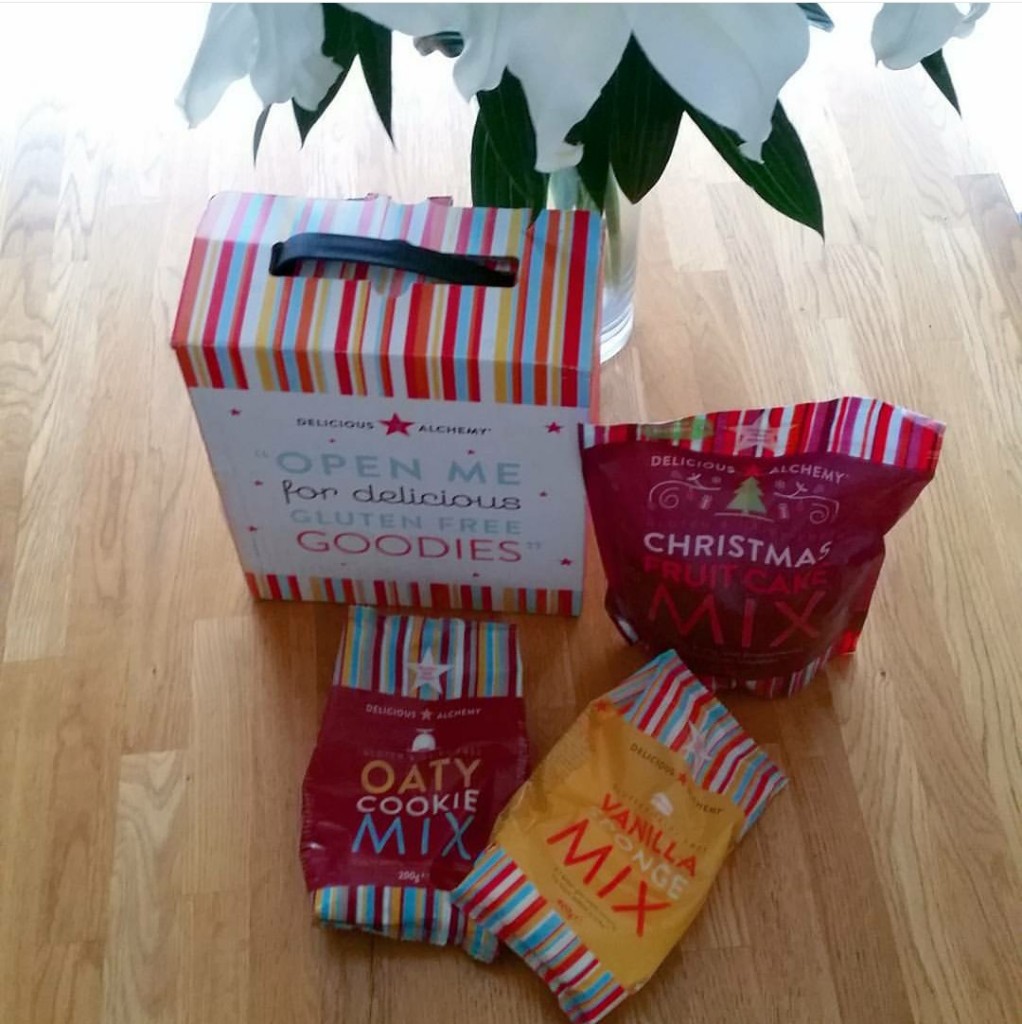 Later in the day we paid a little visit to Crafty Fox Market who were doing a one-off pop-up market at the Geffrye Museum in Hoxton. If you follow me on Instagram you’ll have seen the ode to London this little adventure prompted. On January 2nd it will be 14 years since I arrived as a young 21 year old to make my future in one of the world’s biggest cities and it will always be one of the great loves of my life. I feel so blessed to be able to live in a place that not only have I always dreamt of making my home, but that it continues to surprise me all these years later. There will be a separate post about the market because it was so special at a stunning venue and finally making inroads into Christmas shopping couldn’t have come a moment too soon. 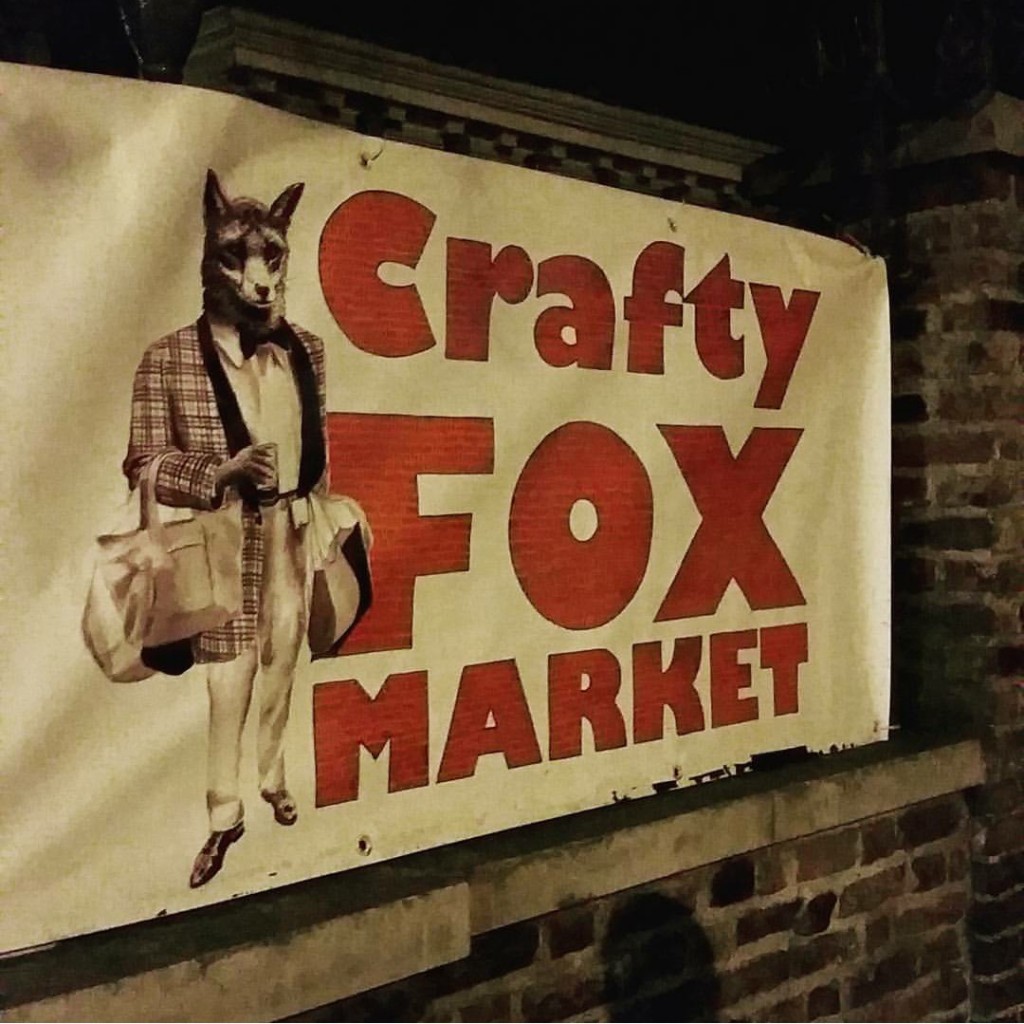 And a new nail colour when we got home – my advent calendar this year has been filled with nail varnish so the most amazing collection is building up. This is a soft grey which I absolutely love. 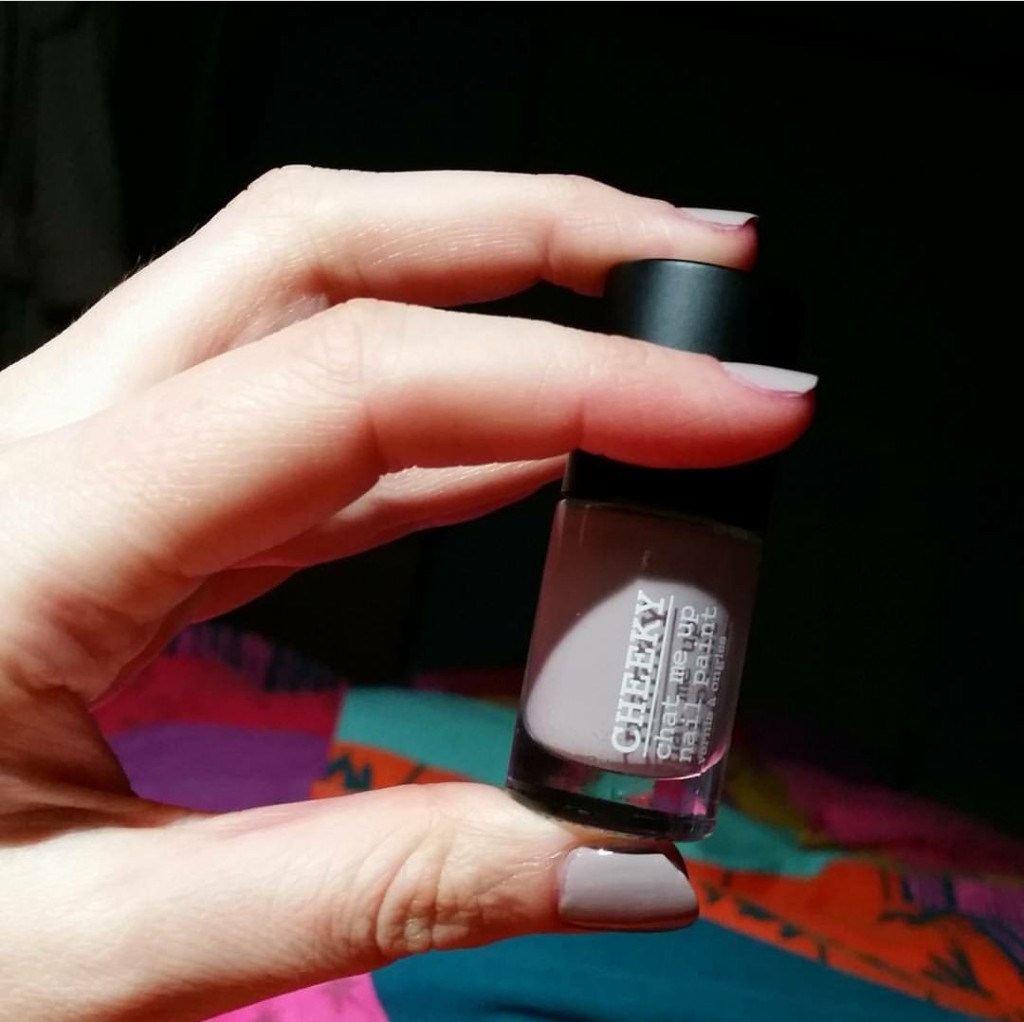 Friday was the first of a few days off before Christmas, which hadn’t been planned too far in advance but with a need to use or lose 5 days off before December 31st it’s been perfect to have some guilt-free time. I popped into Bromley to carry on with Christmas shopping – my original plan had been to head to Oxford Street but sleeping in won the preference so I decided to shop local instead. A lot of gifts, one Christmas jumper (£5 in H&M, I couldn’t resist!) and lots of sparkly decorations later, I was all shopped out and headed home. 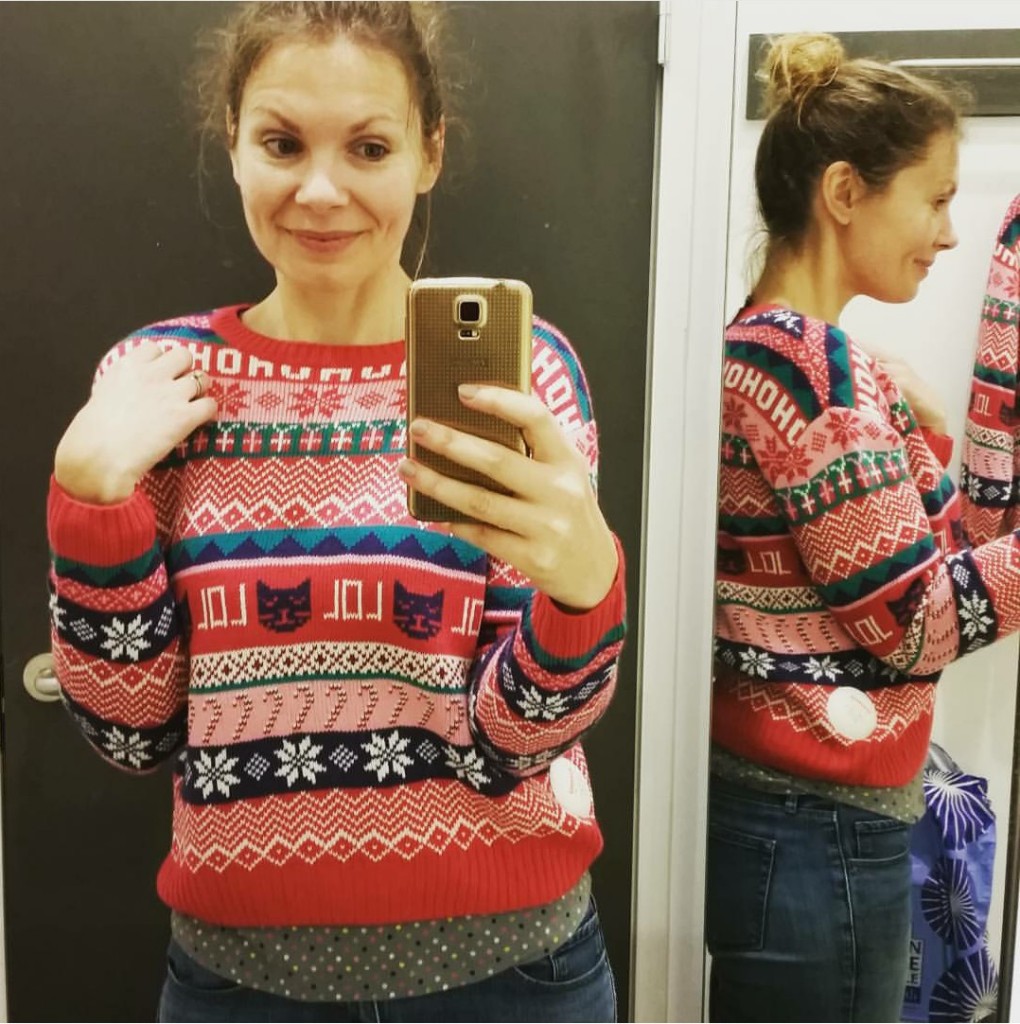 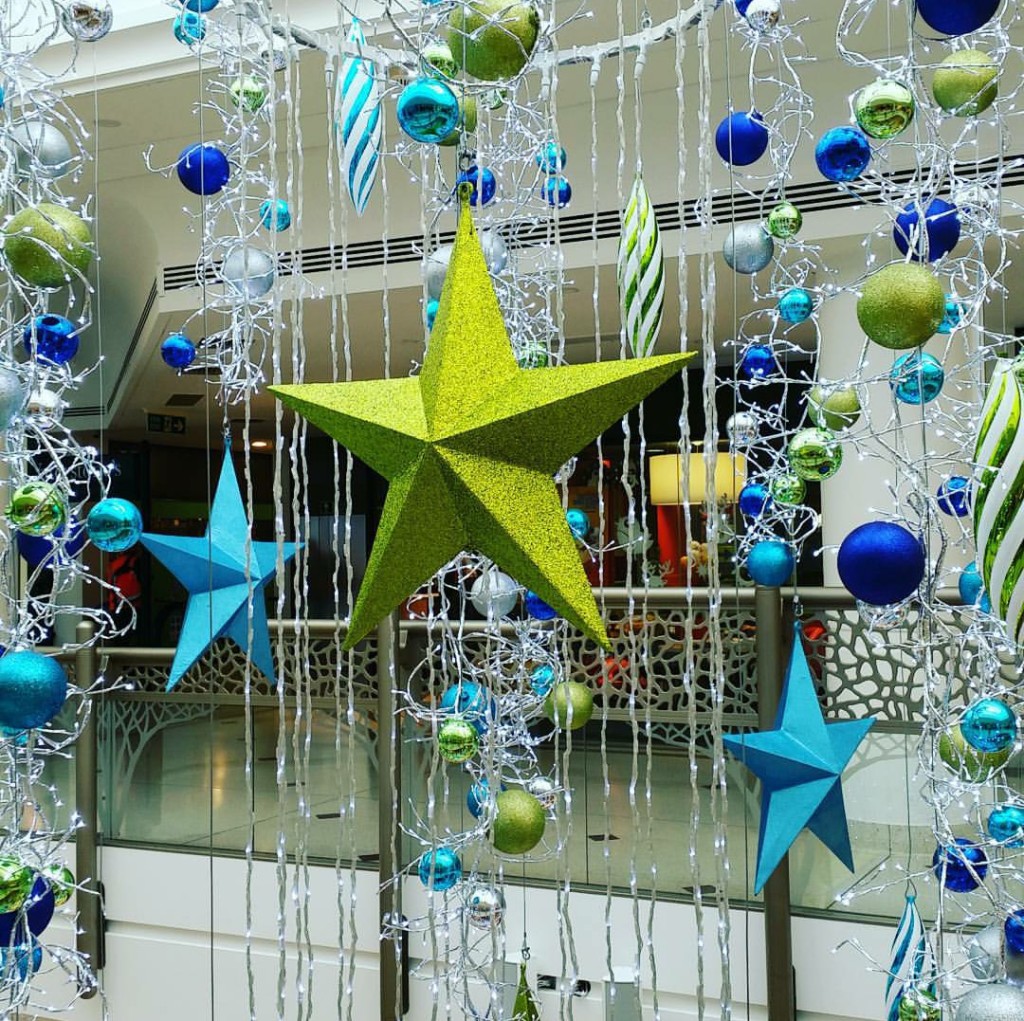 In the afternoon I had a little bit of crafty fun making a gingerbread man and candy cane garland that I bought from Crafty Fox Market on Thursday and was thrilled that one of my all-time favourite movies was on TCM, Seven Brides for Seven Brothers. Pete is always amazed that I can watch this film again and again but I adore the songs, the choreography and really, actors and actresses just aren’t made that way any more. If you’ve never seen it and love a bit of old Hollywood do check it out.

We had a yummy breakfast at Carluccios on Saturday morning although I did undo the goodness of my poached eggs and steamed spinach by having this delicious hot chocolate. 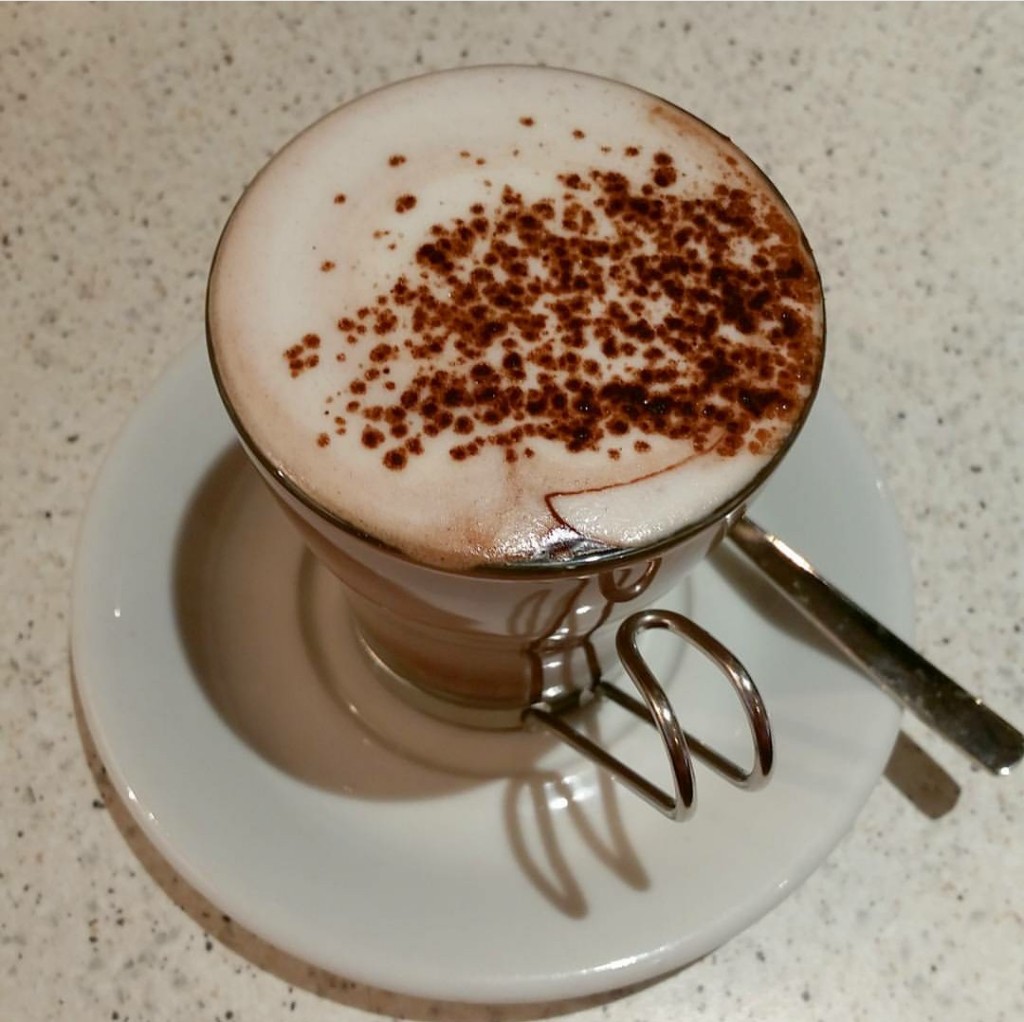 It was such a beautifully sunny morning, as warm as its been lately it’s also been very grey and seeing the house flooded with sunlight again reminded me how lucky we are to have such big bay windows. 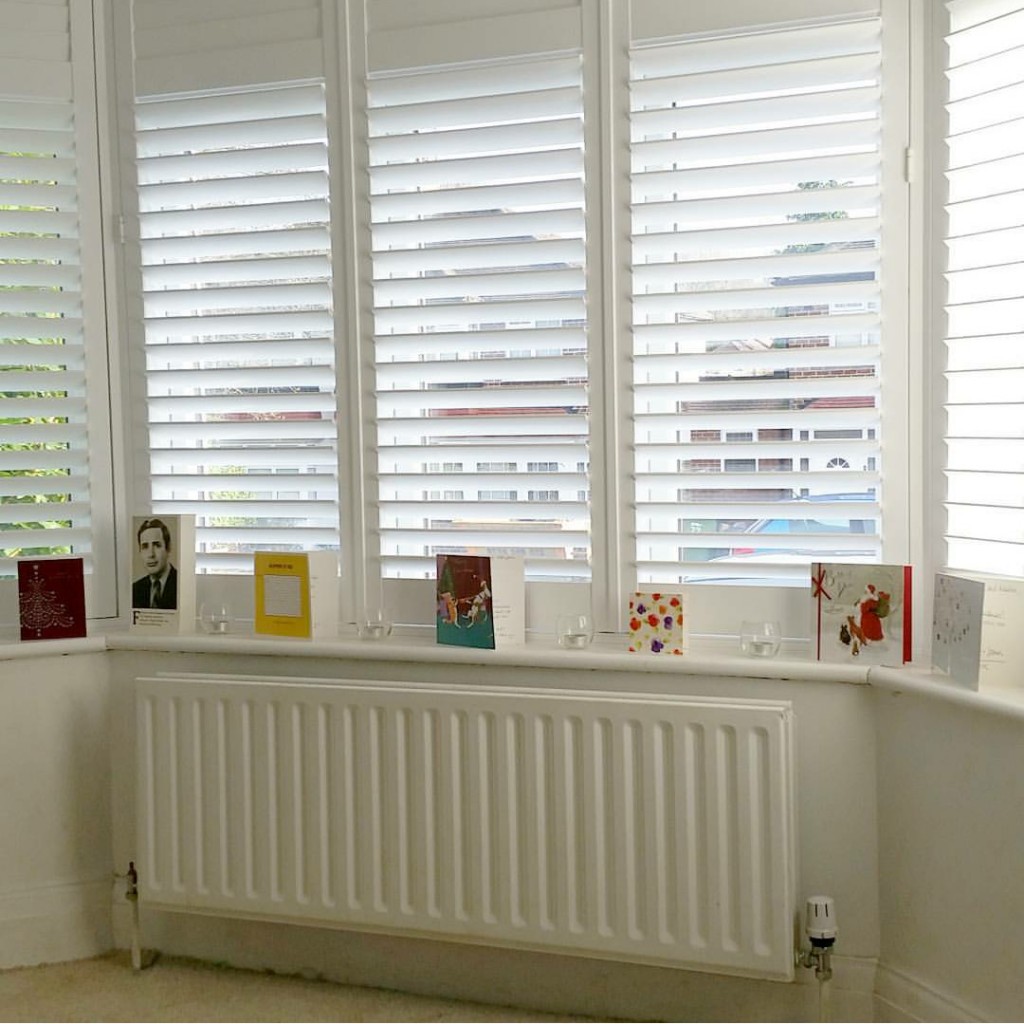 We finally finished our third bedroom temporary makeover this weekend too, all will be revealed in a future post. Pete managed to prise out all of the cemented-in plastic screw plugs before I went round filling and repainting and it’s now done! It’s not the forever final version since we need a new window and new floor but it’s a huge improvement on what it looked like before. You can see some progress earlier in the year in this post.

On Sunday we made an early start and drove to Columbia Road Flower Market – this is a bit of pre-Christmas tradition for us to visit on either of the final two Sundays before Christmas and the atmosphere is always amazing but you have to get there early since any later than about 9am and it’s just overwhelmed with tourists. It’s one of my favourite experiences in London, harking back to a traditional market life and the flowers are such incredible quality and so reasonable too. We came back with arms of festive treats and now, finally, it’s beginning to look a lot like Christmas. 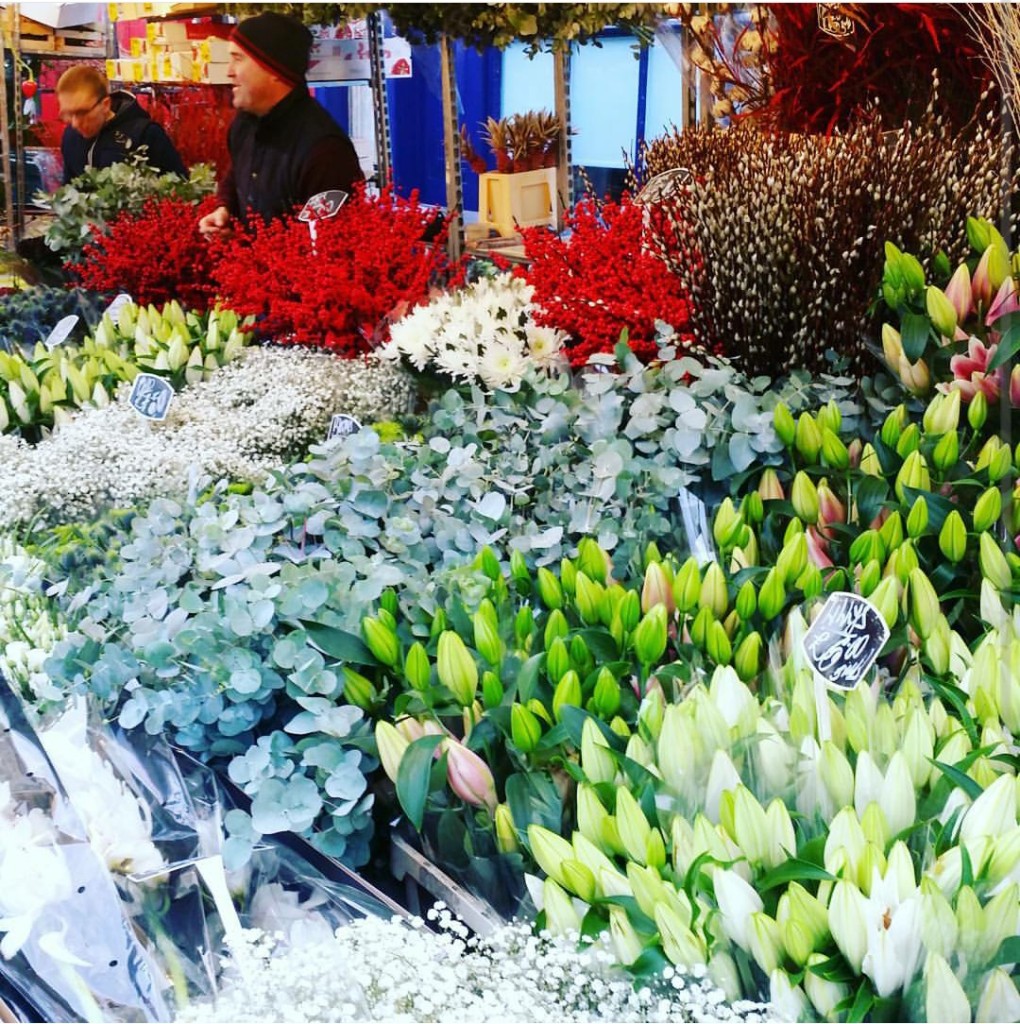 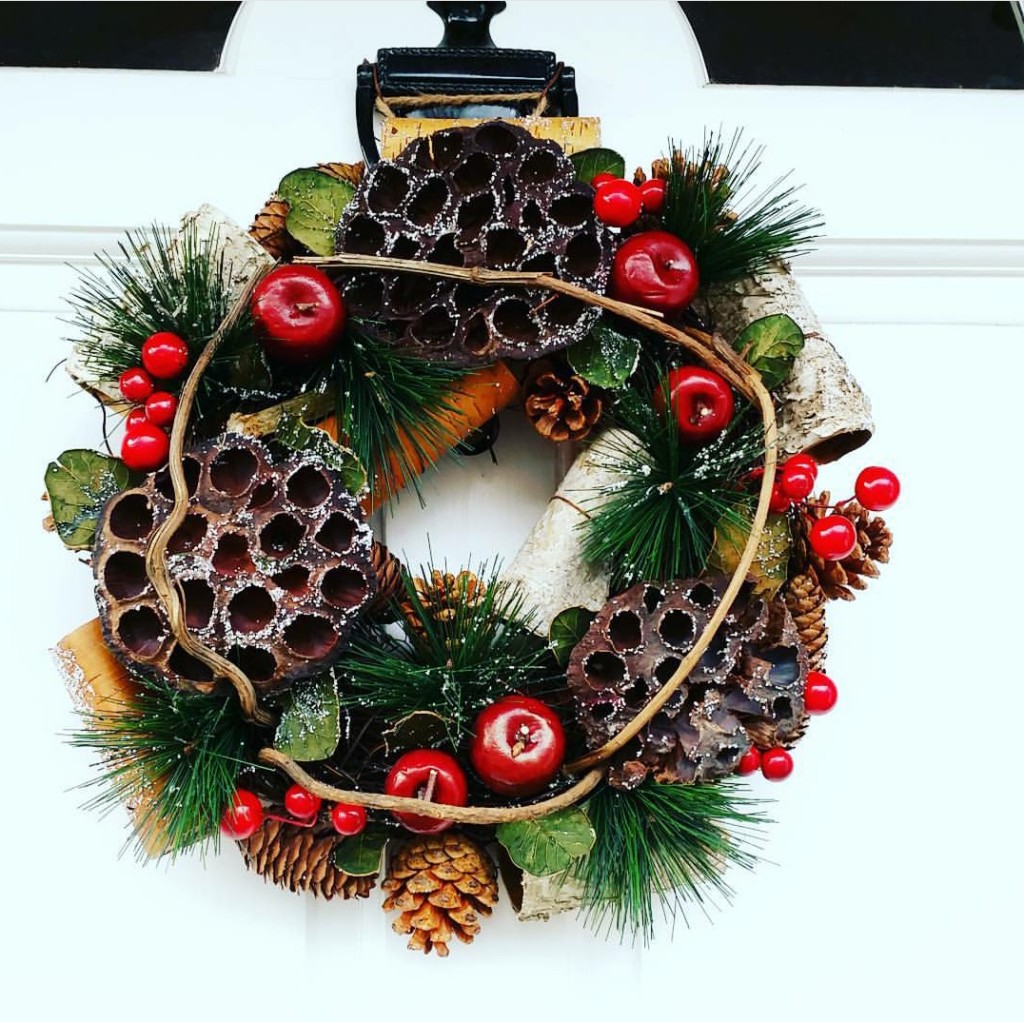 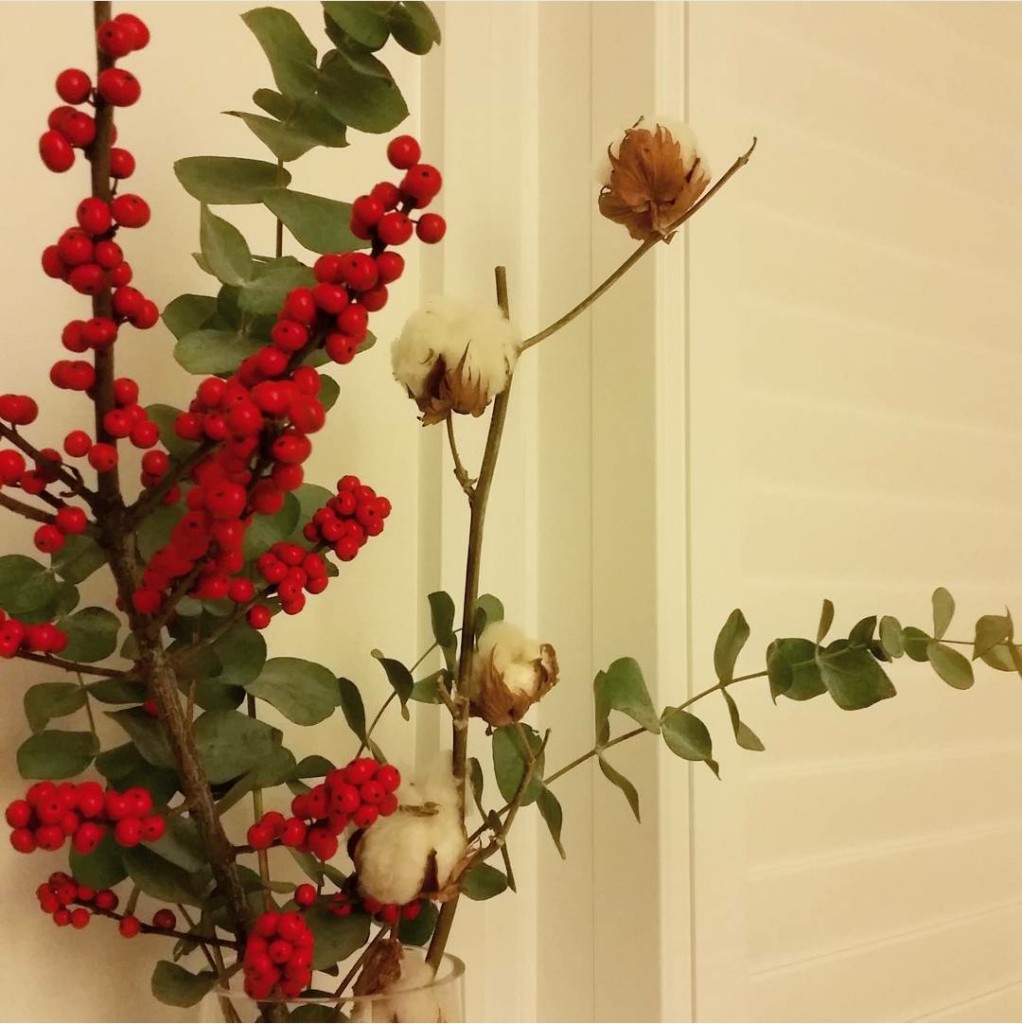