The highlight of this week was definitely my very first blogging conference, attending Blogcamp in London on Thursday where I met some really lovely people and felt totally inspired to keep just rambling on about, well, nothing very much! Yet it does make me happy to write, and someone I went to see on Tuesday in relation to a blogging assignment captured me perfectly when he said “so are you a frustrated journalist turned blogger then?” Well, something like that, I told him, actually someone who did train as a journalist many years ago but moved away from it to earn money, reclaim my morals and is now enjoying writing in a totally different capacity once again.

But I digress. Monday was a quiet day at work but a rainy, stormy evening and I hibernated with THE most amazing hot chocolate that I bought last week from Whittard, Rocky Road flavour. I can’t recommend it enough, especially as I don’t drink coffee so consider myself a hot chocolate snob and a half. There is nothing that you can make at home which can touch a good hot chocolate from a cafe, that is until I found this. 3 heaped teaspoons with a mug of hot milk might just save me from financial despair if I can perfect the art of making it myself. Maddie was in very cuddly mode. 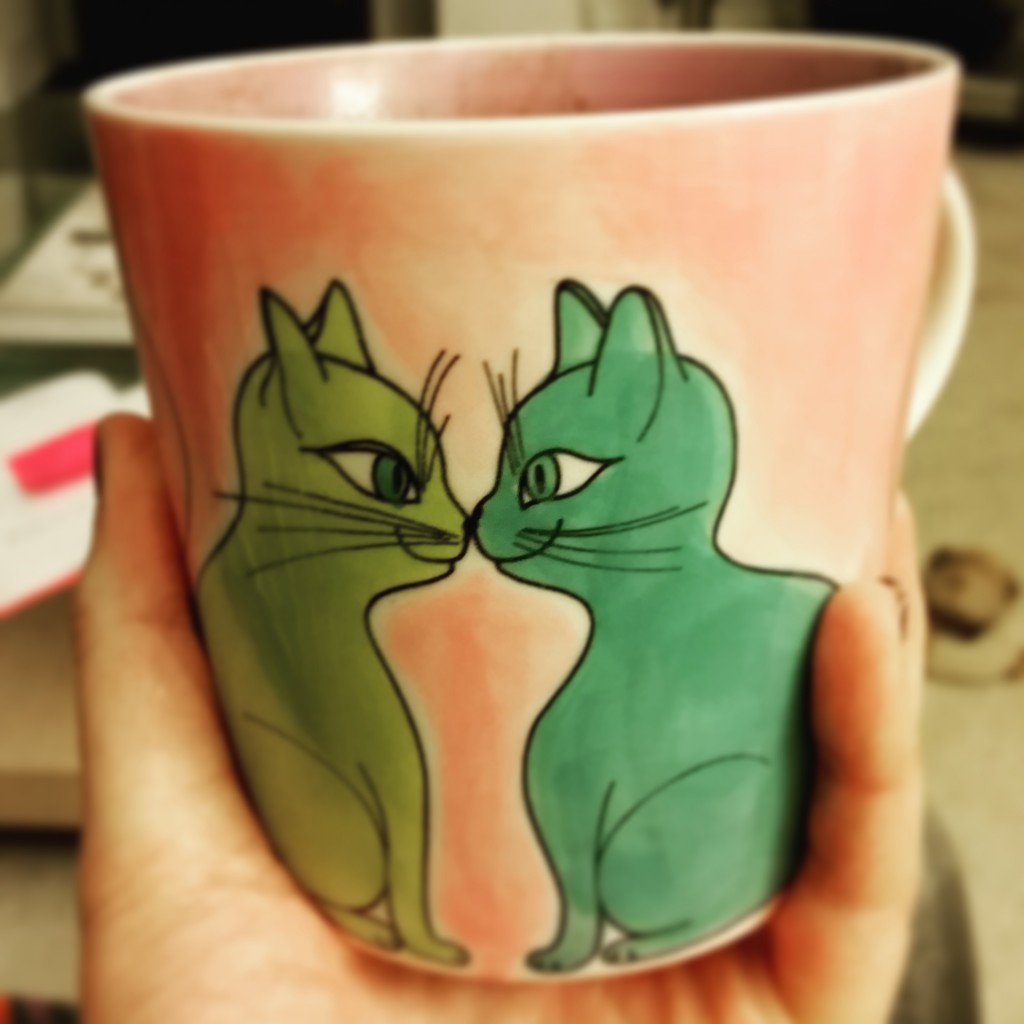 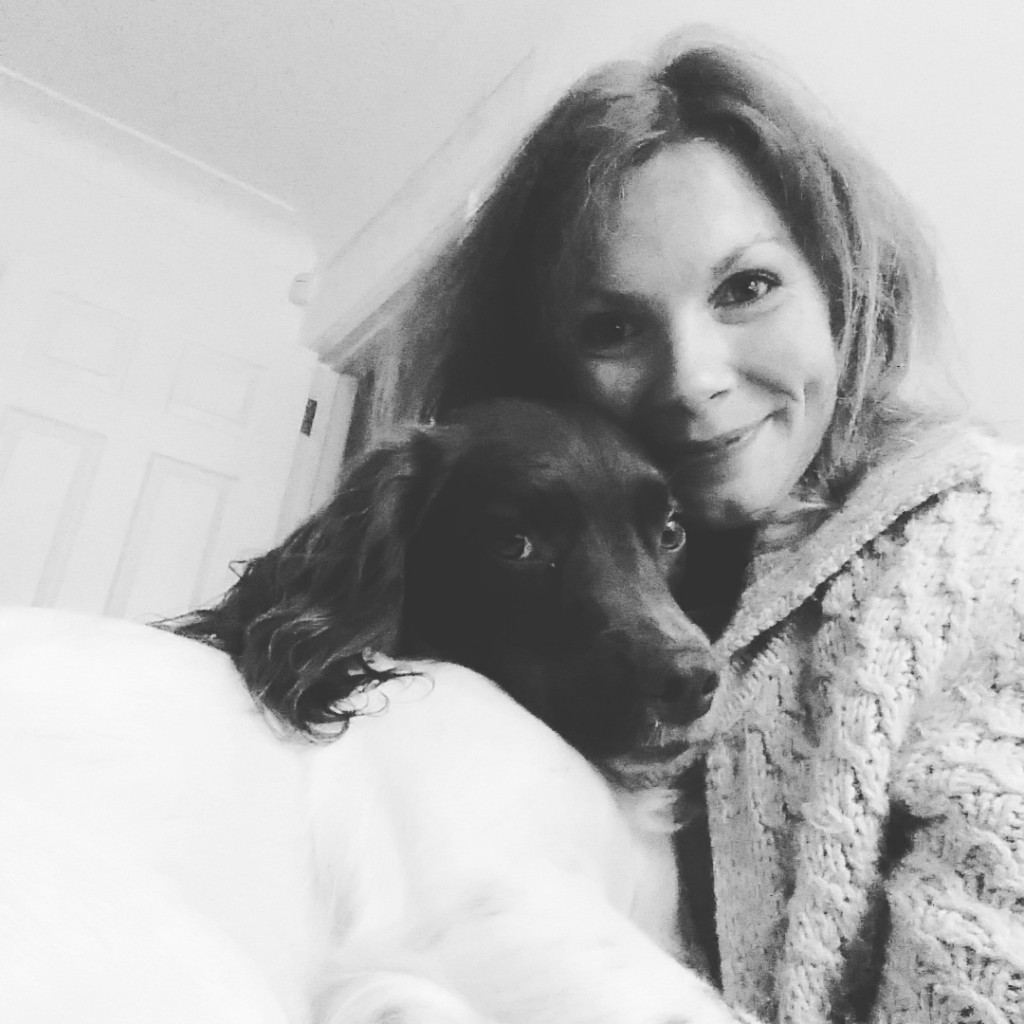 On Tuesday I headed back to my old neighbourhood of West London to visit bed and mattress company, Button & Sprung. I lived in West London from 2002 to 2010 before we headed to SE London and I don’t often find myself back there so it was amazing to see how much has changed in 5 years, and boy has it. Redevelopment seems ever-present in this city and some of my old haunts were unrecognisable. It was lovely to be back though and a full post on the lovely morning I had finding out the perfect bespoke mattresses and beds from Button & Sprung will follow. 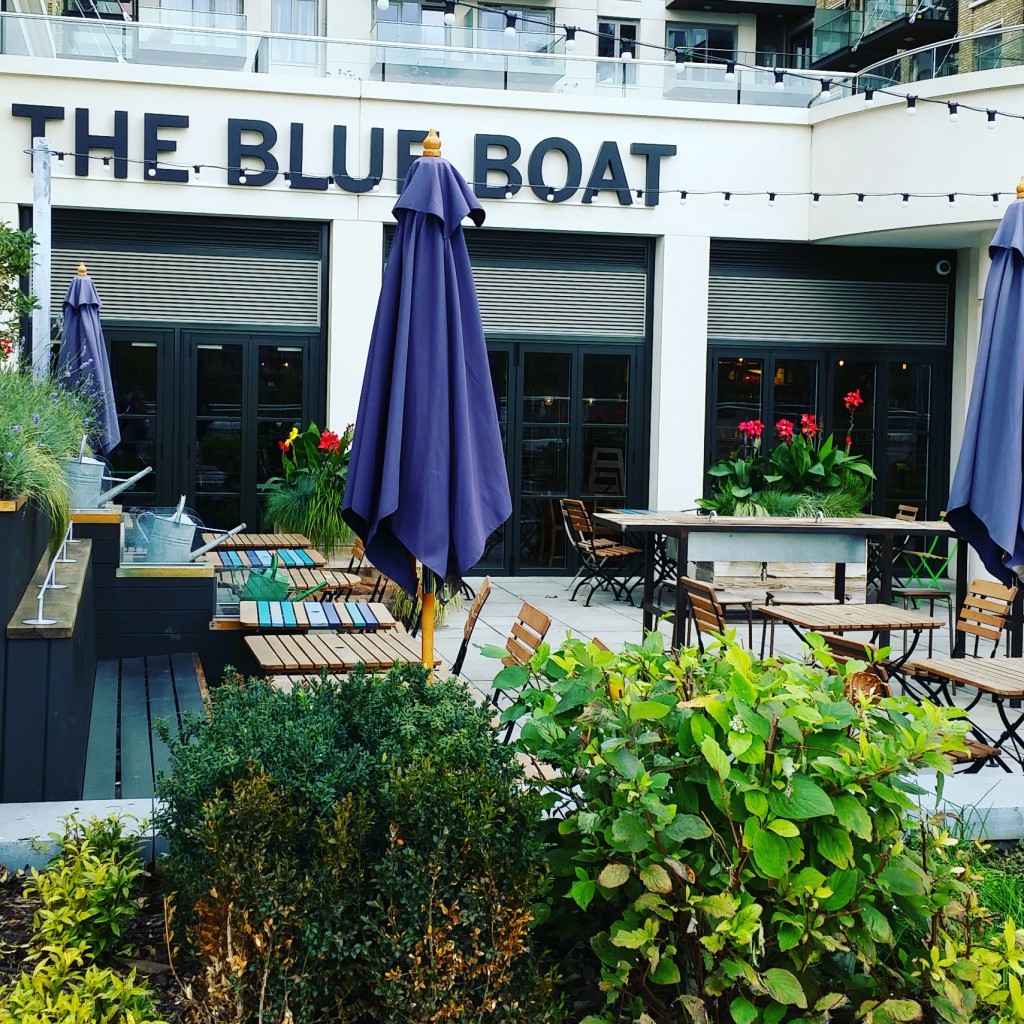 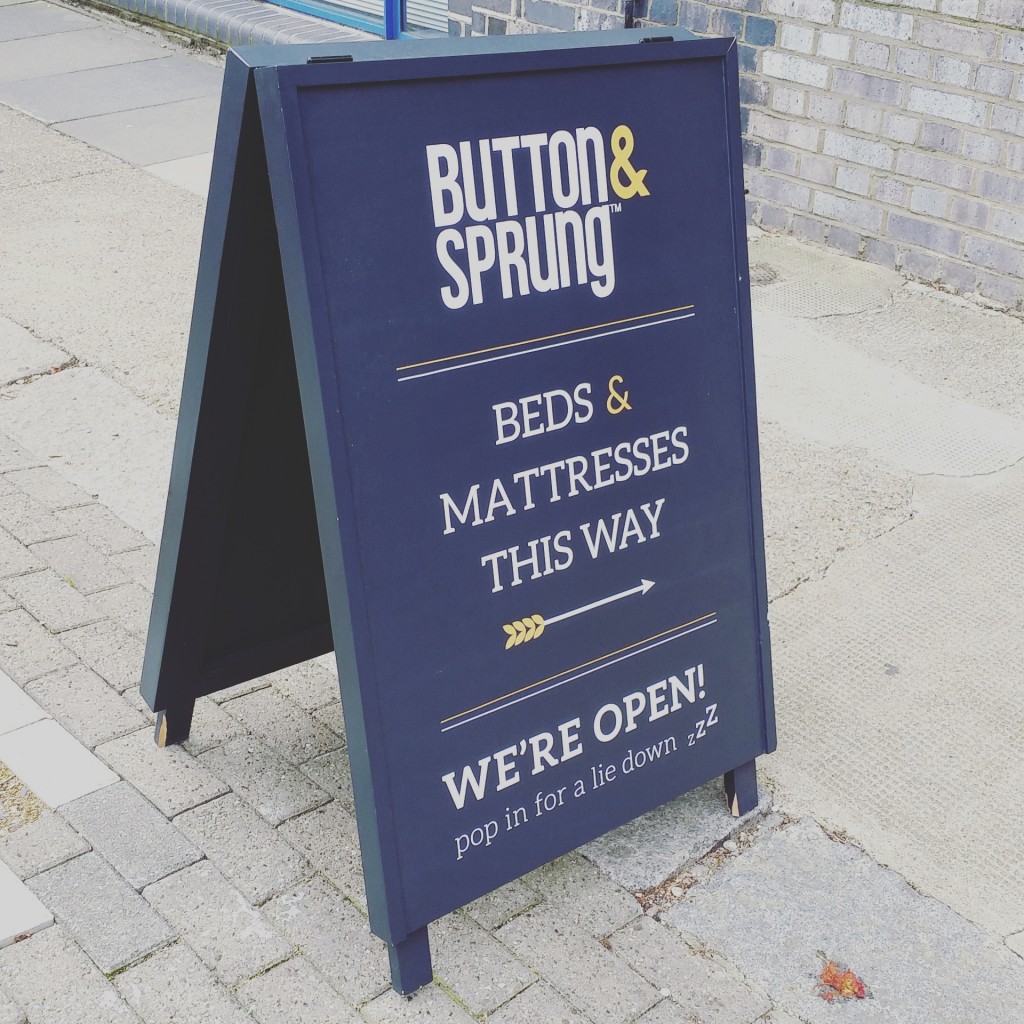 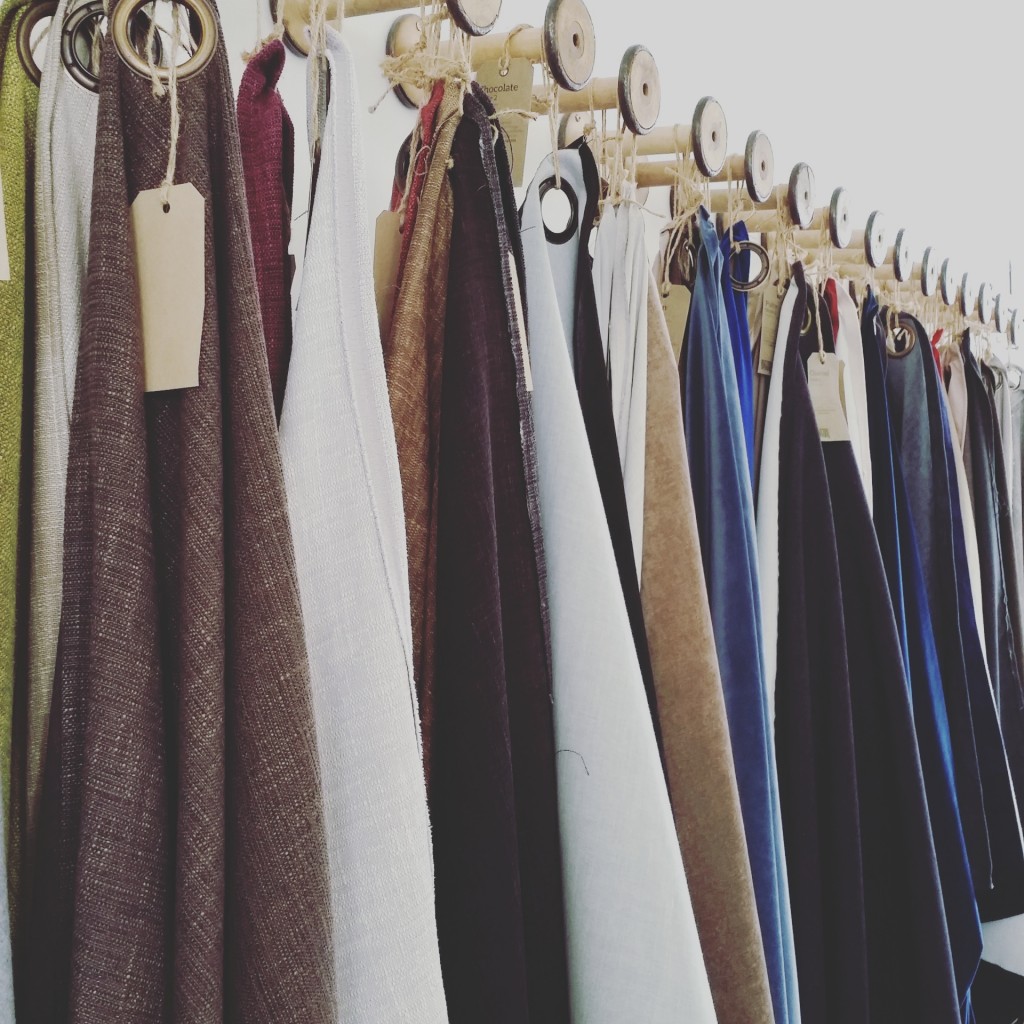 After that it was back home to catch up on work, accompanied by these pretty tea-light holders from IKEA. 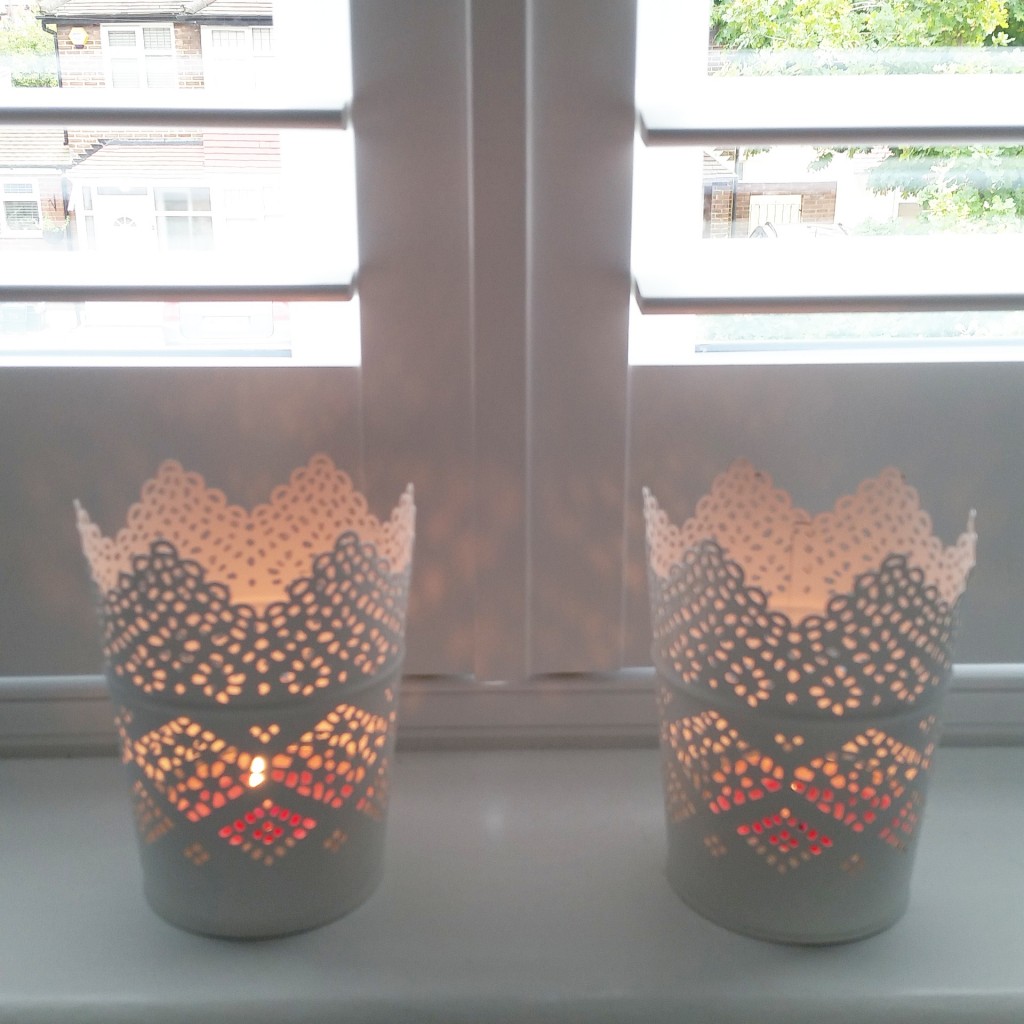 Wednesday I was back in the office but not feeling great so had a relatively early night with my hot water bottle and my current library book, The Detour. It’s translated from a Dutch novel and I really love the pared back writing style but superbly evocative descriptions. It’s the kind of book I could imagine being turned into a film with Tilda Swinton in the main role. 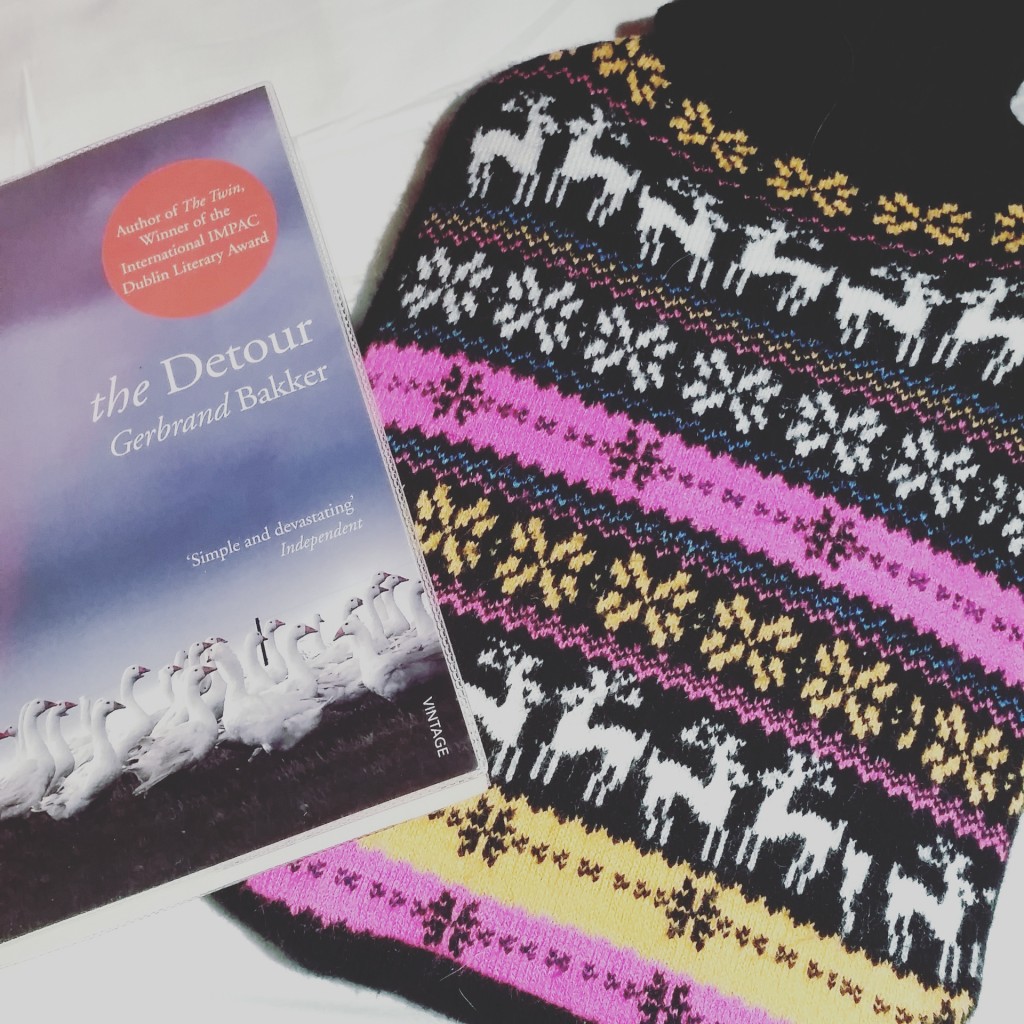 And then came Thursday and my day off so I could head to East London for Blogcamp. I forget what an utter ballache it is to travel in London during rush hour, I mean of course I do it every day but it’s so easy hopping on the train at my local station and then hopping off 15 minutes later and literally walking straight into the office. I don’t have to use the Underground at all. Of course my train was late but I made it to the Escalator, part-cafe, part creative hub, between Whitechapel and Mile End.

It was such an inspirational day and I felt very much at ease, it was definitely wise to be at a smaller event for my first blogging conference and I didn’t feel too overwhelmed. I picked up some great tips and it was lovely to finally put some faces to social media avatars, especially as I’ve been on Twitter since 2008 which is a very long time to go without actually meeting anyone. One of the highlights was definitely hearing Lucy of Capture by Lucy fame talk about her knowledge of Instagram and as I dashed to catch my train home this gorgeous grey front door caught my eye. 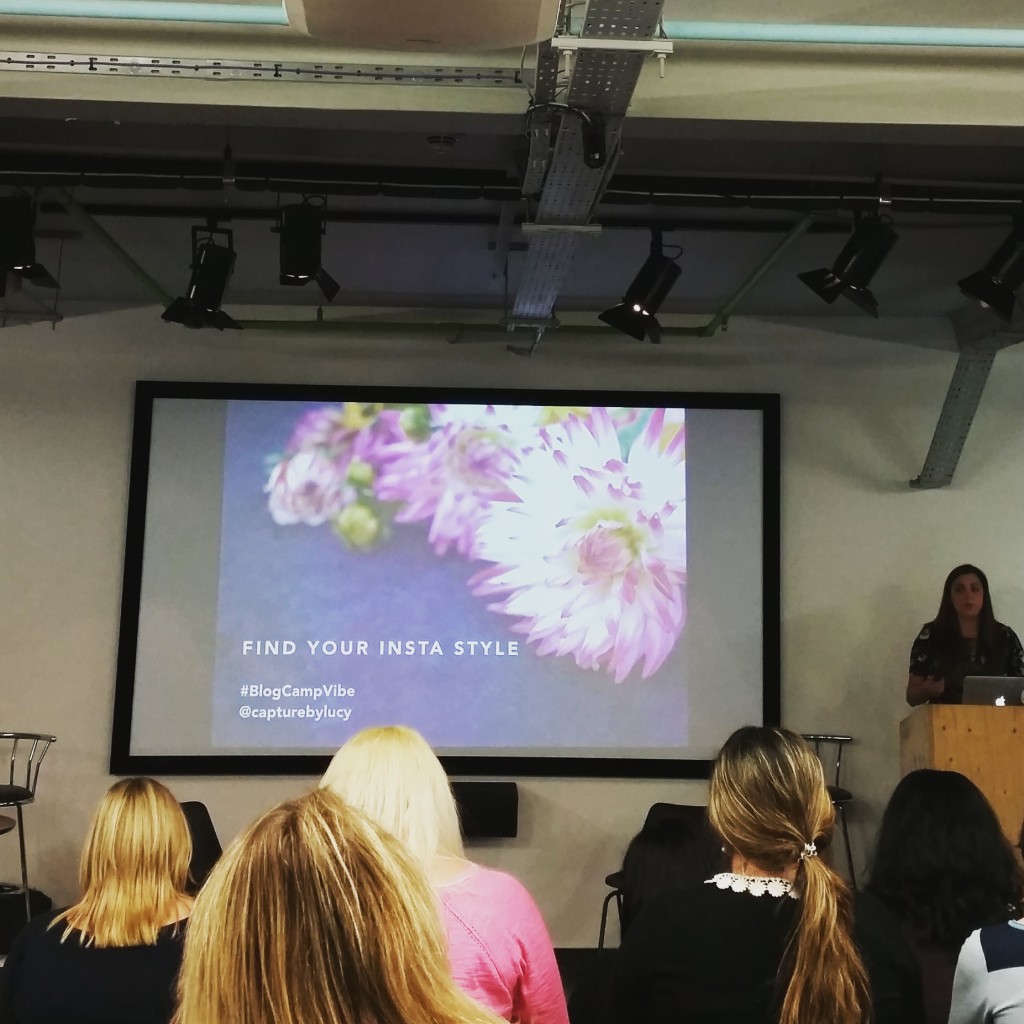 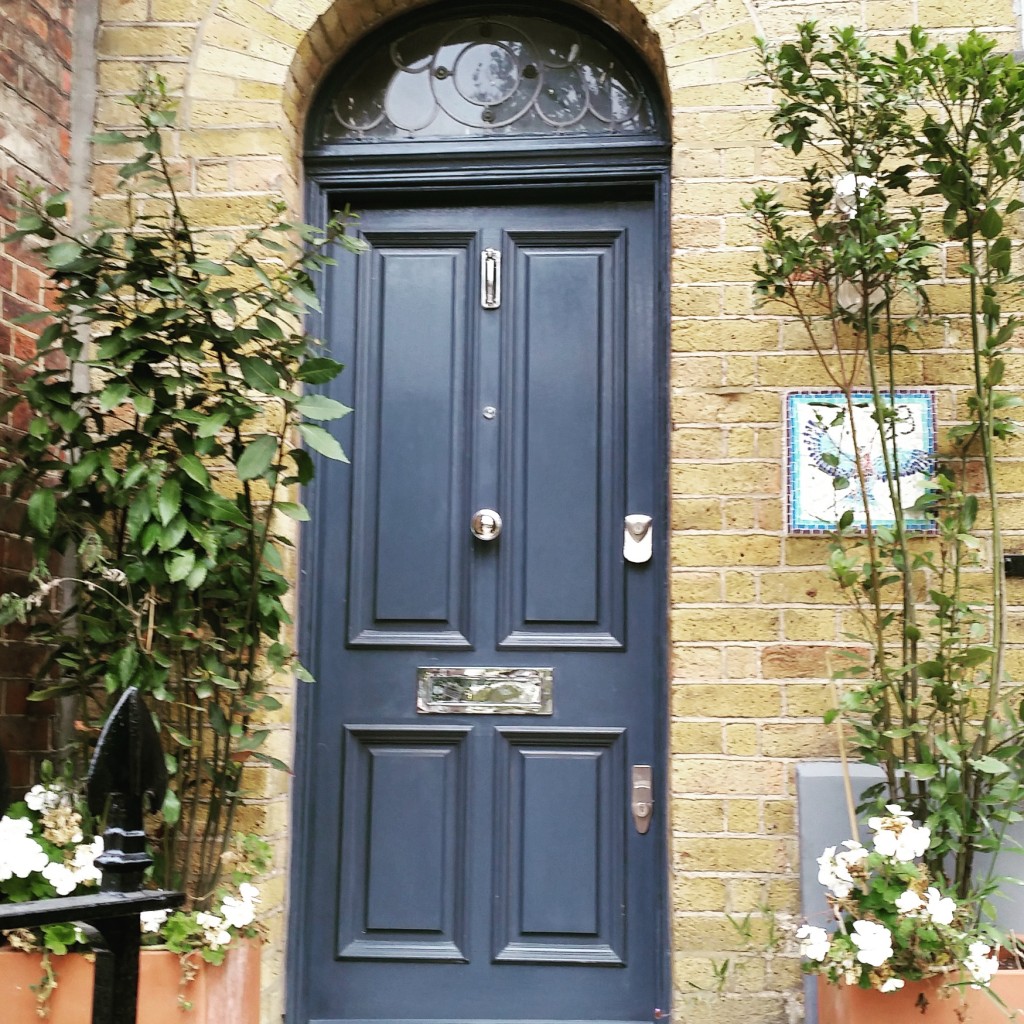 Friday was back in the office but I had a great run after work dressed head to toe in new running gear. My colleague has a friend who is a personal trainer and gets Reebok discounts so I took advantage and what a difference it made to my running, I felt so much more motivated. 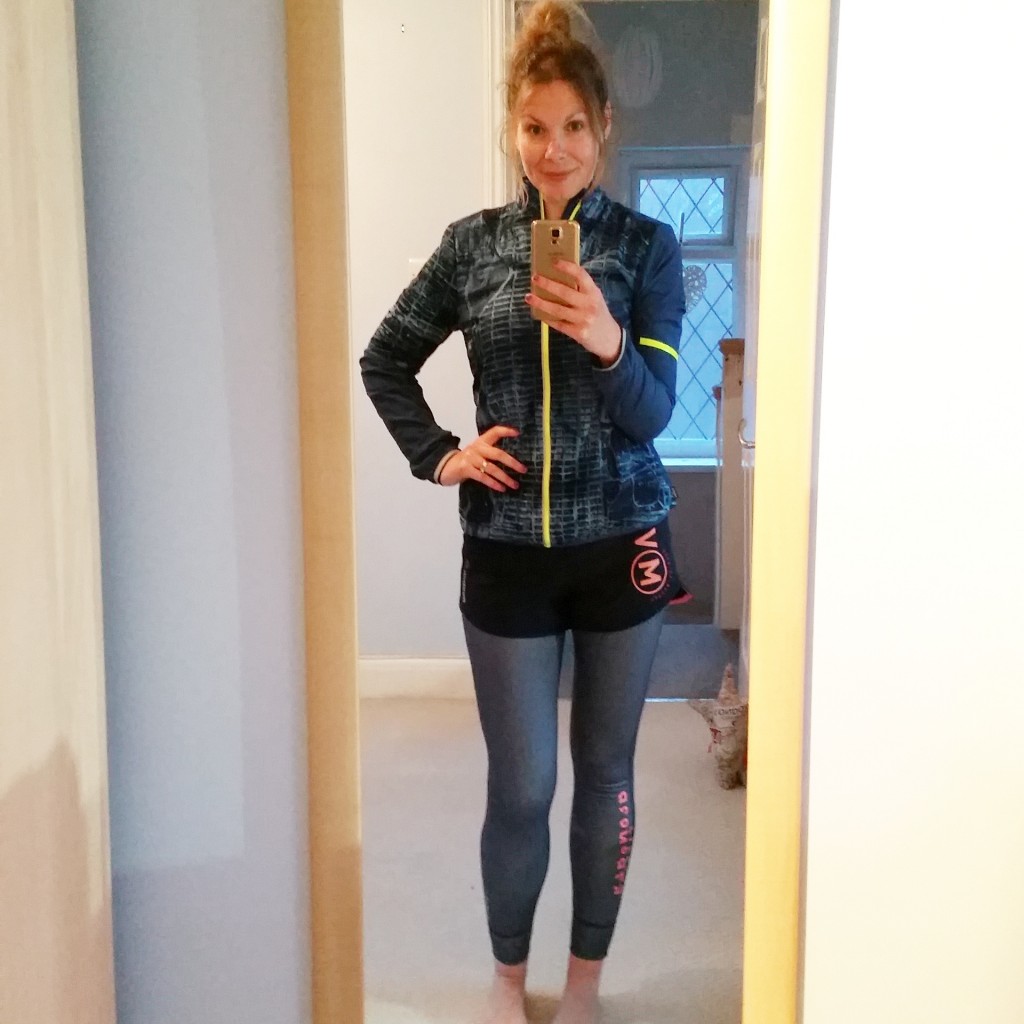 Pete had a late night at work but when he finally got home just before 10pm we cracked open some champagne to celebrate a momentous decision from the UK planning inspectorate who have rejected a planning application to build 8 new houses via garden grabbing behind some houses on our road. It wouldn’t have impacted us directly but would have been in a pocket of gardens about 7 doors down and was just wrong on SO many levels. Our estate (for as much as I hate the word, we do live on one) is peaceful and quiet and dates back to the 1930s when all the houses were built. They’re spacious with large gardens and all the houses look quite different. The new houses were being proposed to squish into tiny plots, all be 3 storeys high and not at all in keeping with the area. As a community we’ve all been fighting this planning permission for over a year now so it was such a huge relief to learn that it’s been rejected. 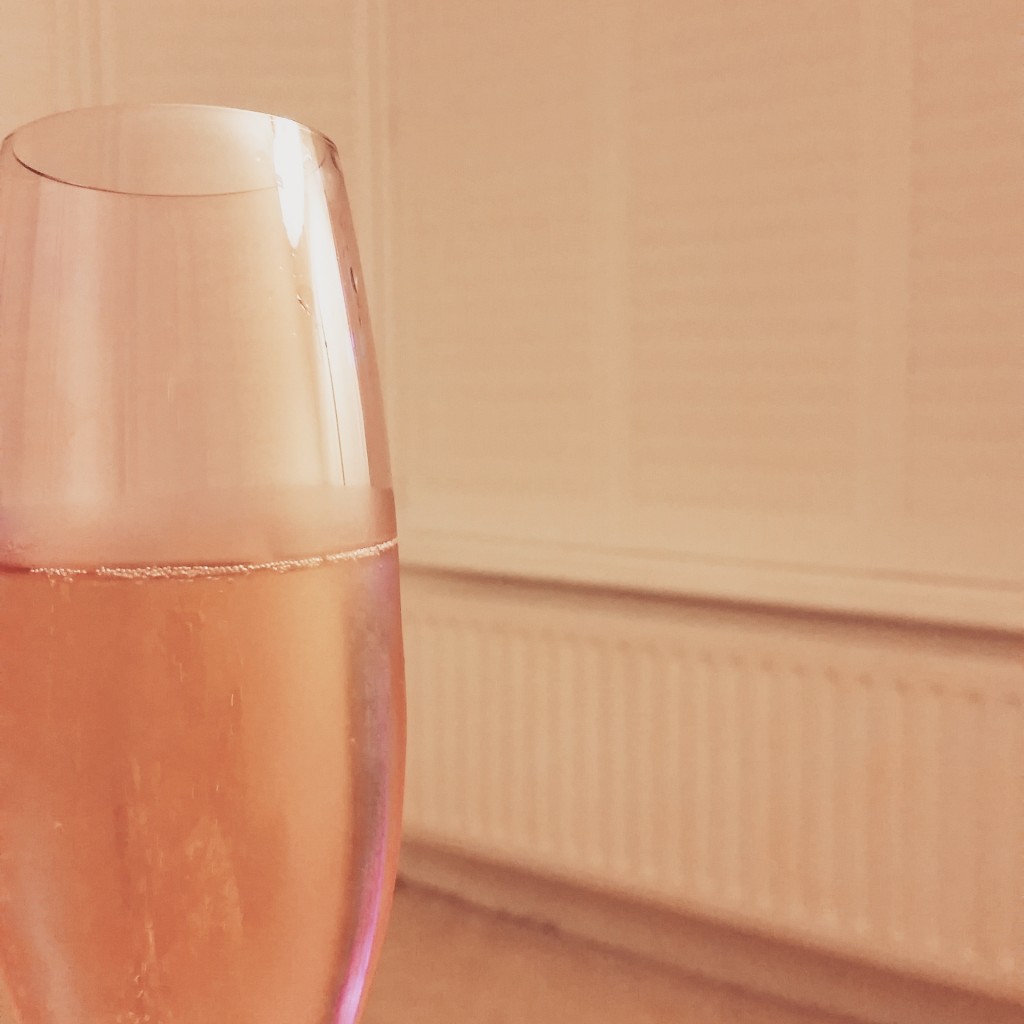 Saturday was pretty much a preparation day for my upcoming work trip to Munich, where we’ll be flying to on Sunday. Washing, cleaning, dropping Maddie off with Dani our walker who’ll look after her for a few days. I’m still loving the autumn colours, we live on a tree-lined road which is quite rare to find in London and I hope they always stay despite most of the residents whingeing about the leaves at this time of year. Finally, a bit of packing, it’s all terribly unexciting as it’s a work conference where I have to wear a black shirt and either black or grey skirt or trousers for all 3 days. I’m definitely packing my iPad so I can catch up with Mad Men on the plane and my bobble hat as apparently it’s going to be pretty cold. Munich here we come! 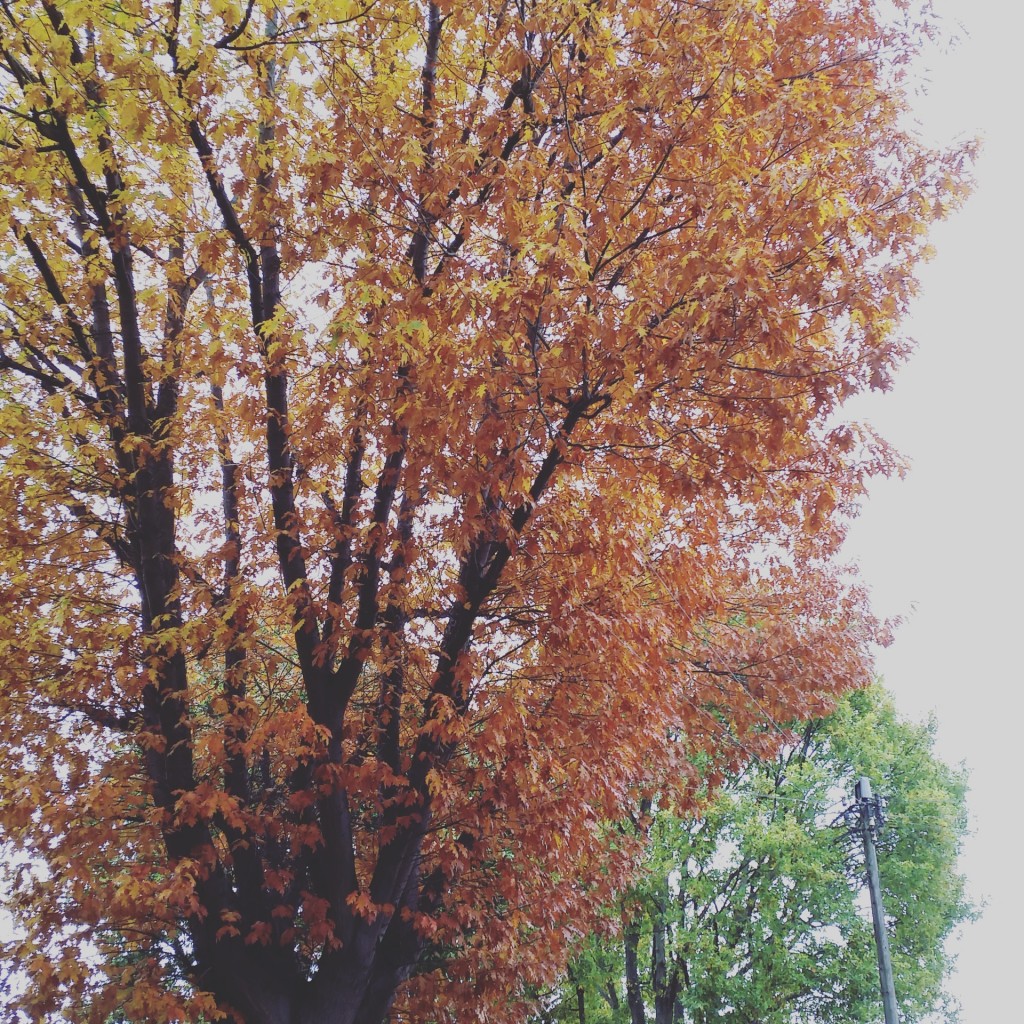 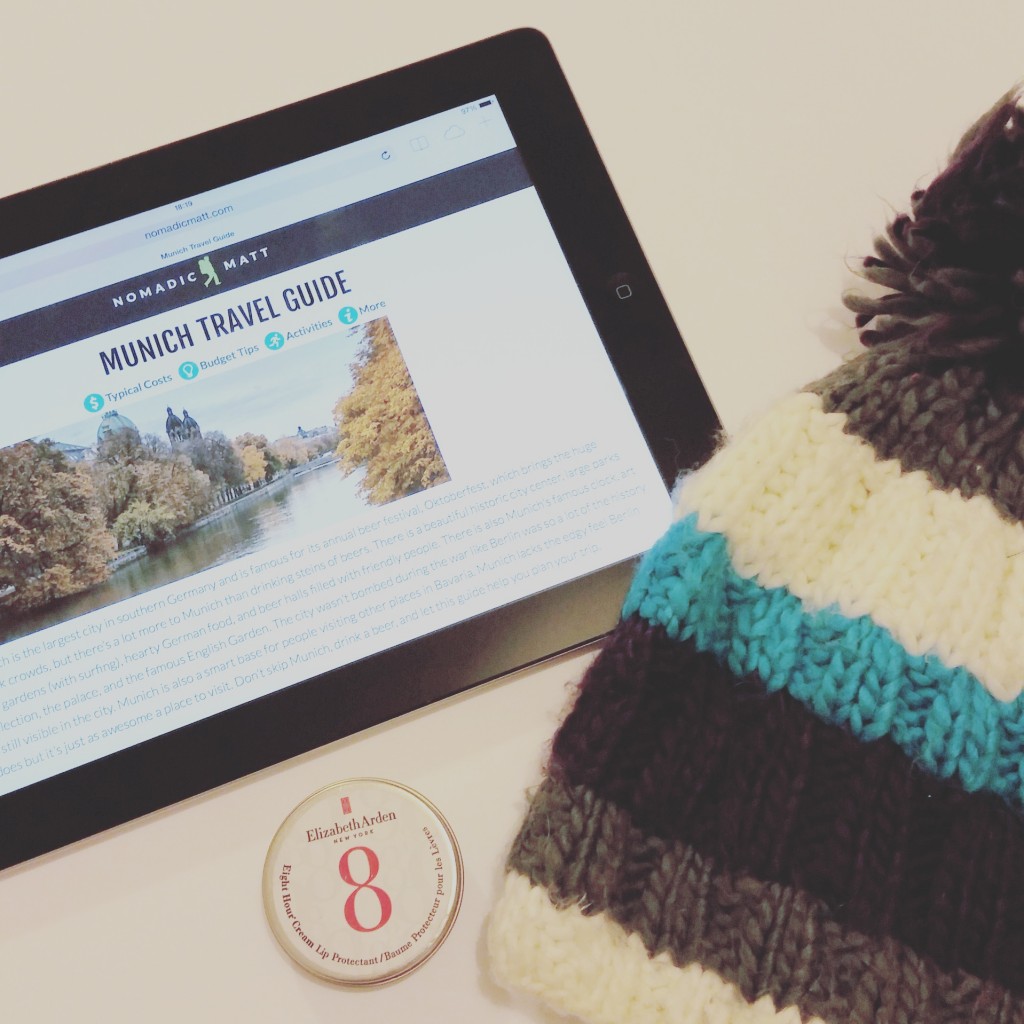 Hope you’ve all had a lovely week X