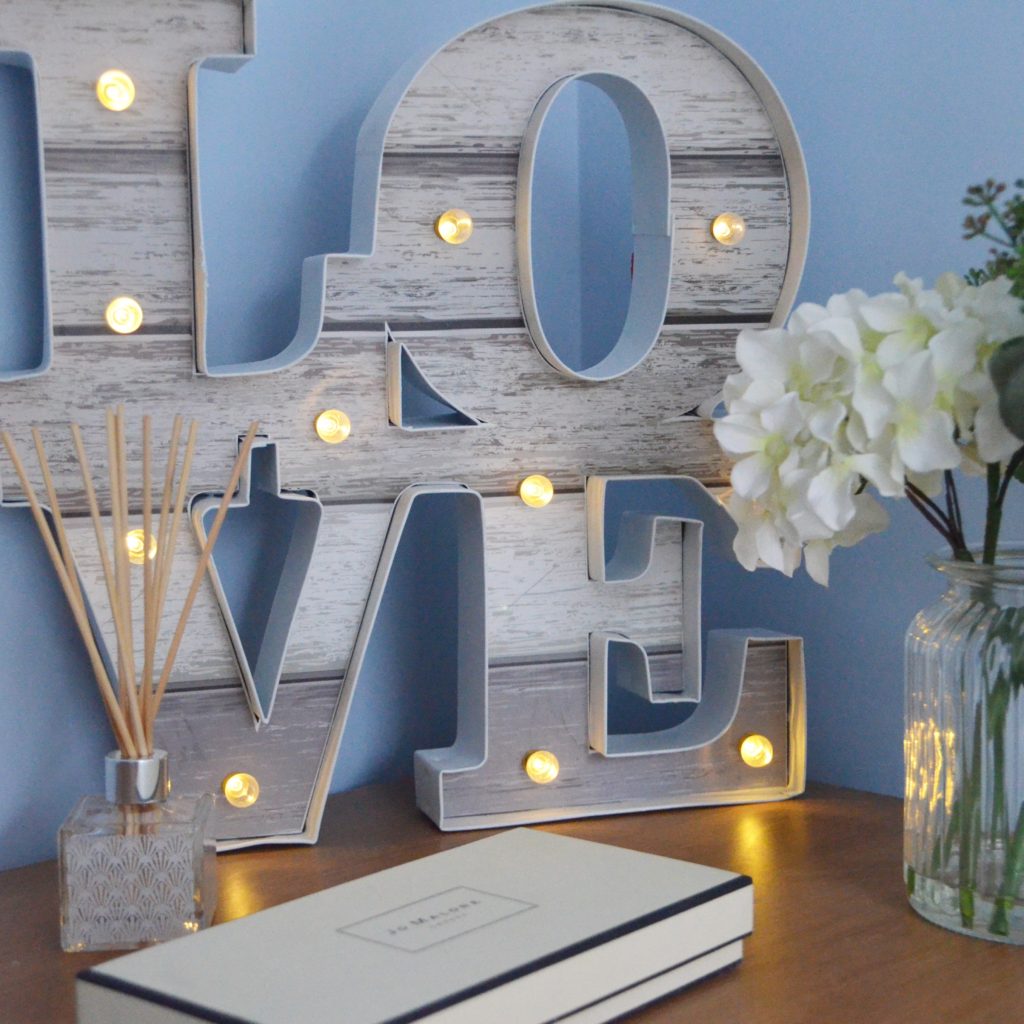 Something has changed. I can’t really put my finger on it, perhaps having a little holiday for a week, getting away from work and out of London. Or perhaps now we’re right at the end of September, I’m ready to embrace autumn. It’s a feeling of rejuvenation, of excitement, of getting my mojo back. Did it ever really go away? Who knows. All I do know is that the summer passed in a kind of ‘meh’ state of not quite finishing anything, not getting as much done as I wanted to, of having my time taken away from me out of obligation and kindness. It was a valuable lesson in protection and realising that it’s ok to say no to things which will impact too much on quality time.

Getting back into the swing of work and blogging post-holiday has felt refreshing. Back to basics and focusing on the important things. The half-marathon is done with a huge sense of achievement, and with it a sense of relief that I no longer need to dedicate my Sunday mornings to longer training runs, leaving me tired and out of sorts for the rest of the day. Time to lift my head up and smell the autumn dew.

This will be the second winter since we installed our log burner and last year, we just didn’t plan very well. We ended up having to hunt down logs every weekend and spending massively over the odds for the privilege. This year, we came across a company based in Lancaster who delivery nationwide and pre-ordered an entire cubic litre of logs which will be delivered at the end of October. I have no idea what that many logs looks like, but I’m excited to find out.

As a result, we’ve finally got ourselves together and ordered a bespoke wood store from Woodson and Son (I find it hilarious that even my log store needs to look stylish!) which is being delivered and installed just before the log delivery. Another little step forward in our forever home renovations and hopefully a bigger step forward in making us more organised. 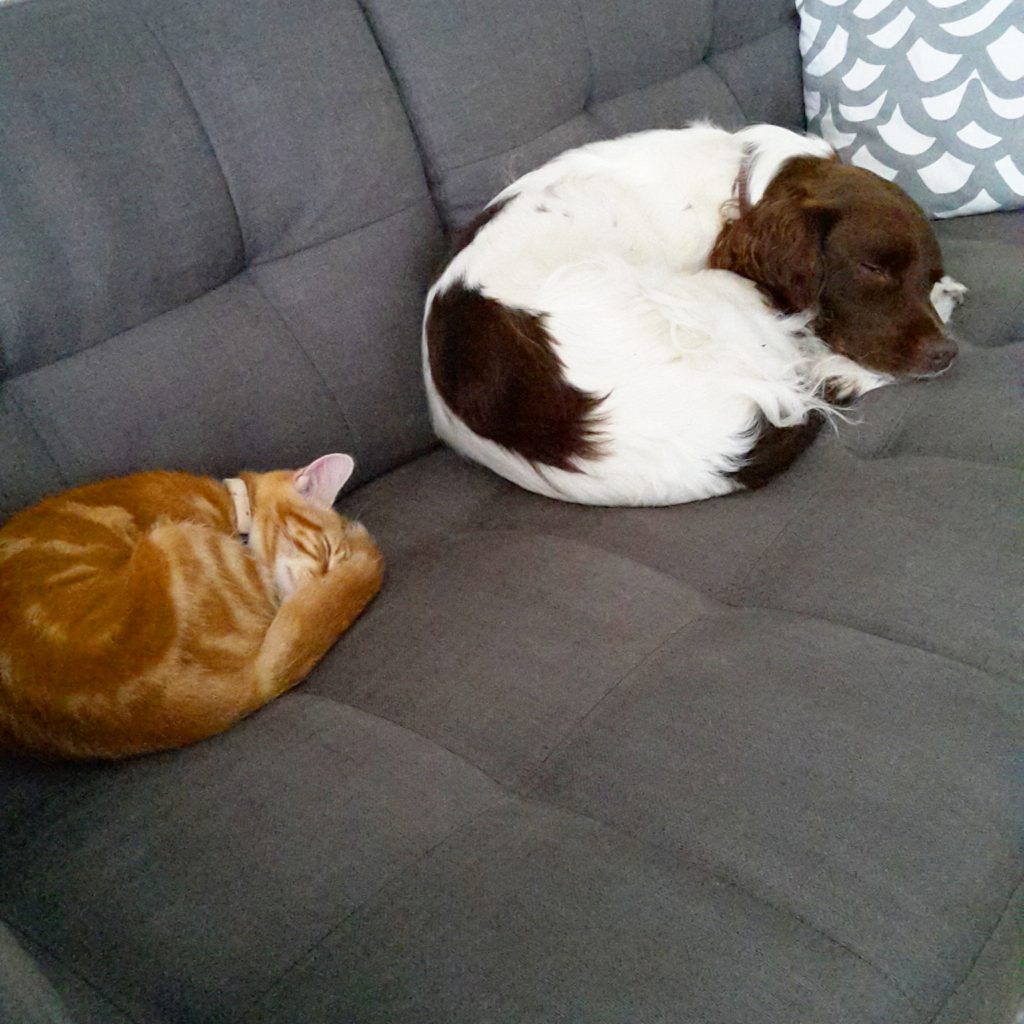 There was long-overdue catch up with one of my best friends on Friday night as we drunk our way round Victoria in super quick fashion. He’s been one of my best friends since we met in 2002 and is my last remaining mad drinking buddy since most of our group is married, parenting and living outside of London. He too is all of those things, but every once in a while we catch up and have a laugh. Anyway, I’m rather ashamed to say I was sick at the end of the night on Friday, something that hasn’t happened to me for many, many years. Nevertheless, a sign of a brilliant night and that I’m just not going to grow up because there’s no point to that boredom.

Wednesday was the evening where I packed everything in after work. Pete and I had booked tickets a while ago as a post-holiday pick-me-up to see Hell or High Water at Greenwich Picturehouse Thankfully, it was booked for late enough in the evening that meant when a rather mysterious invite came in from Amazon to attend a product launch on the same night I was able to make it. It was all rather cloak and daggers and as we arrived, we were advised it was under embargo until the following day, but it was the official launch event of ‘Handmade by Amazon’, featuring an amazing marketplace-style set up with some of the artisan makers who will be selling their wares on the new Amazon platform. As a former small business owner it was wonderful to explore and chat to the designer makers, sipping locally produced G&T to boot!

I dashed straight from Hoxton out to Greenwich for the cinema and even though running late, had to stop and take this picture of the Cutty Sark lit up in all its glory. Stunning! 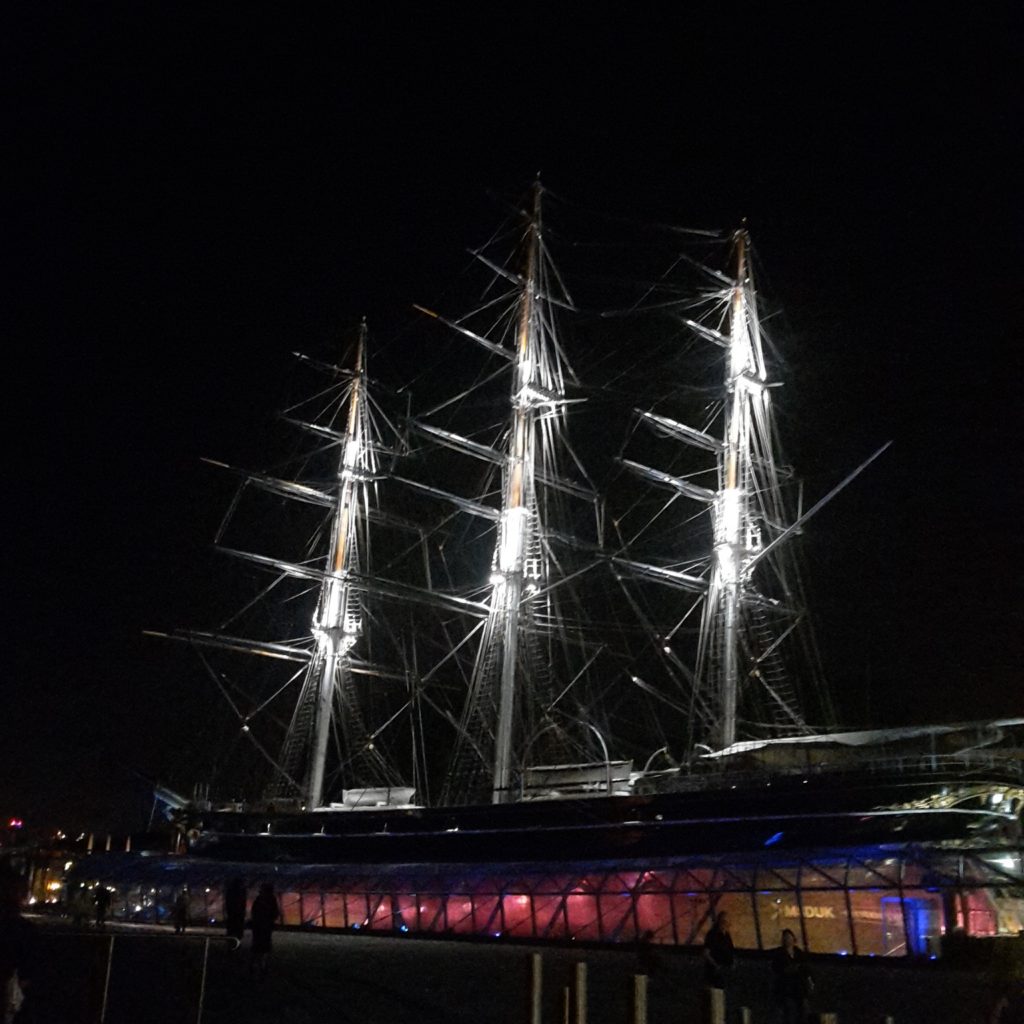 For the longest time, I’ve been searching for a beautician. I kept considering finding a salon in town but couldn’t shake this feeling that there wouldn’t be the personal service because it’s London and they just want customers in and out as fast as possible. So eventually having stuck closer to home, I came across the wonderful Carina’s Beauty just across Bromley and she is SO lovely. Her studio is based at home and she’s qualified in all kinds of techniques. It was my second visit for a Shellac manicure and it’s doing absolute wonders for my nails. I take such little care with them that if they’re not polished all the time, they get very weak and start chipping off. But because I take such little care with them, home polishes tend to only last a couple of days.

The Shellac leaves my nails looking so professional and stylish and it’s safe to say I’m a total convert. We chat, she has so many recommendations on how to look after them and she’s incredibly reasonable.

My new jumper is from Next, an impulse/emergency purchase after I realised before heading out on Friday night that it was too cold and I needed an extra layer. A little bit of Scandi-inspired clothing as autumn sets in. 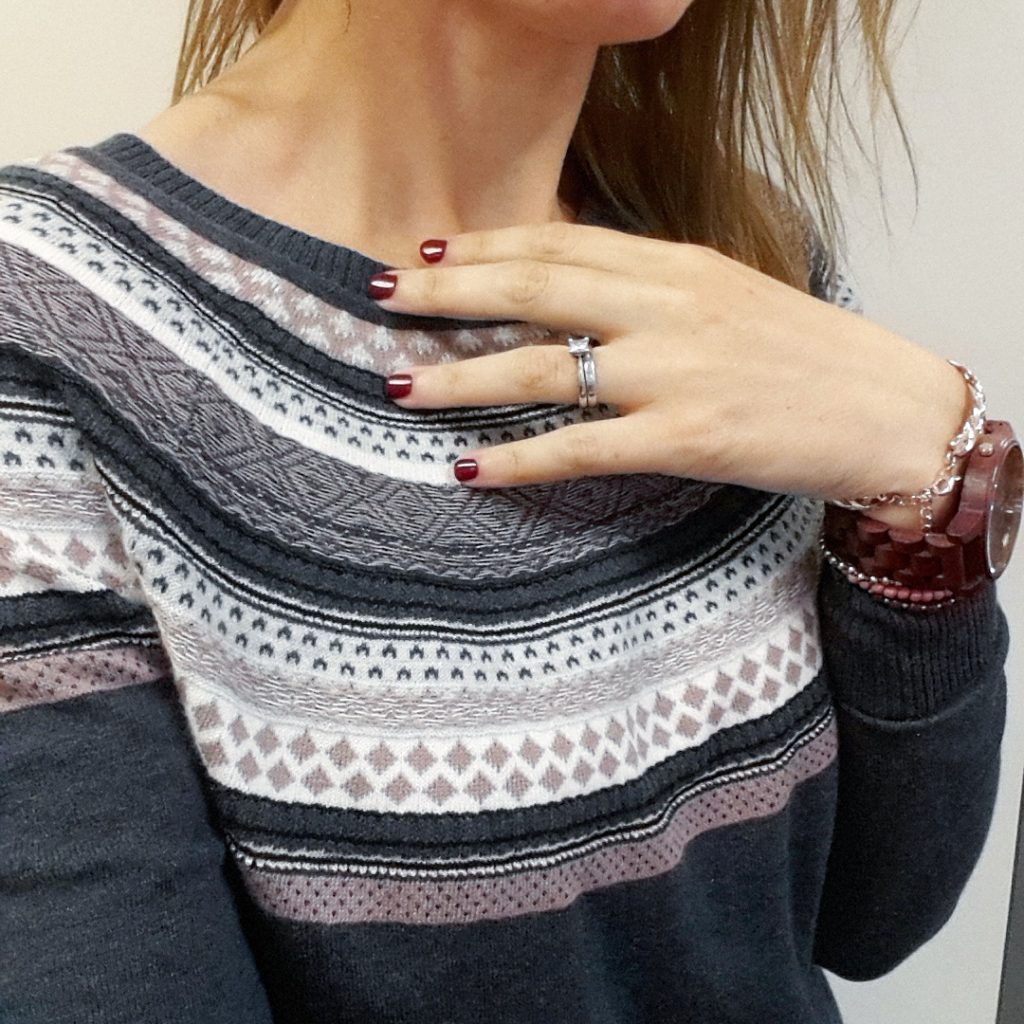 One of the best things about my half-marathon training was discovering new parts of London that I didn’t really know that well. One of my routes took me all the way down to the River Thames at Greenwich via the huge and stunning park. We’re so used to popping to the cinema and back and whilst of course I knew the park was there, I had a feeling that you couldn’t let dogs off the lead there which is nonsense.

Now the run is done I suggested to Pete we take Maddie there on Sunday and she had the best time, chasing squirrels, leaping through the long grass and generally running around like crazy. We then had an impromptu visit to Greenwich Market and stopped for breakfast before heading home. I have to be careful to protect weekends – having spent so long as a market trader where I’d work all week in my day job and then traipse off every Sunday to some market or another, it’s precious beyond belief to have these days to ourselves now and I cherish them. We bought gluten-free donuts from Ruby’s of London (which have now all gone and are divine). 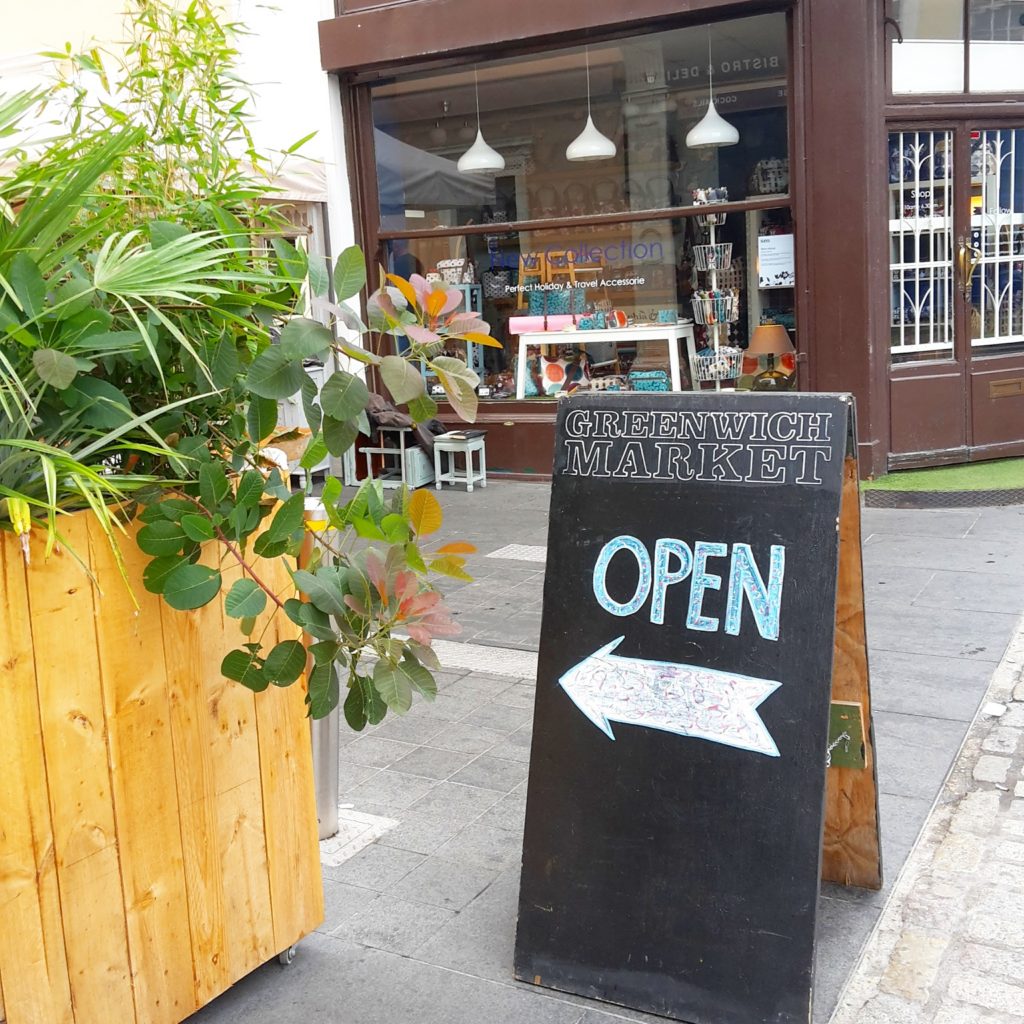 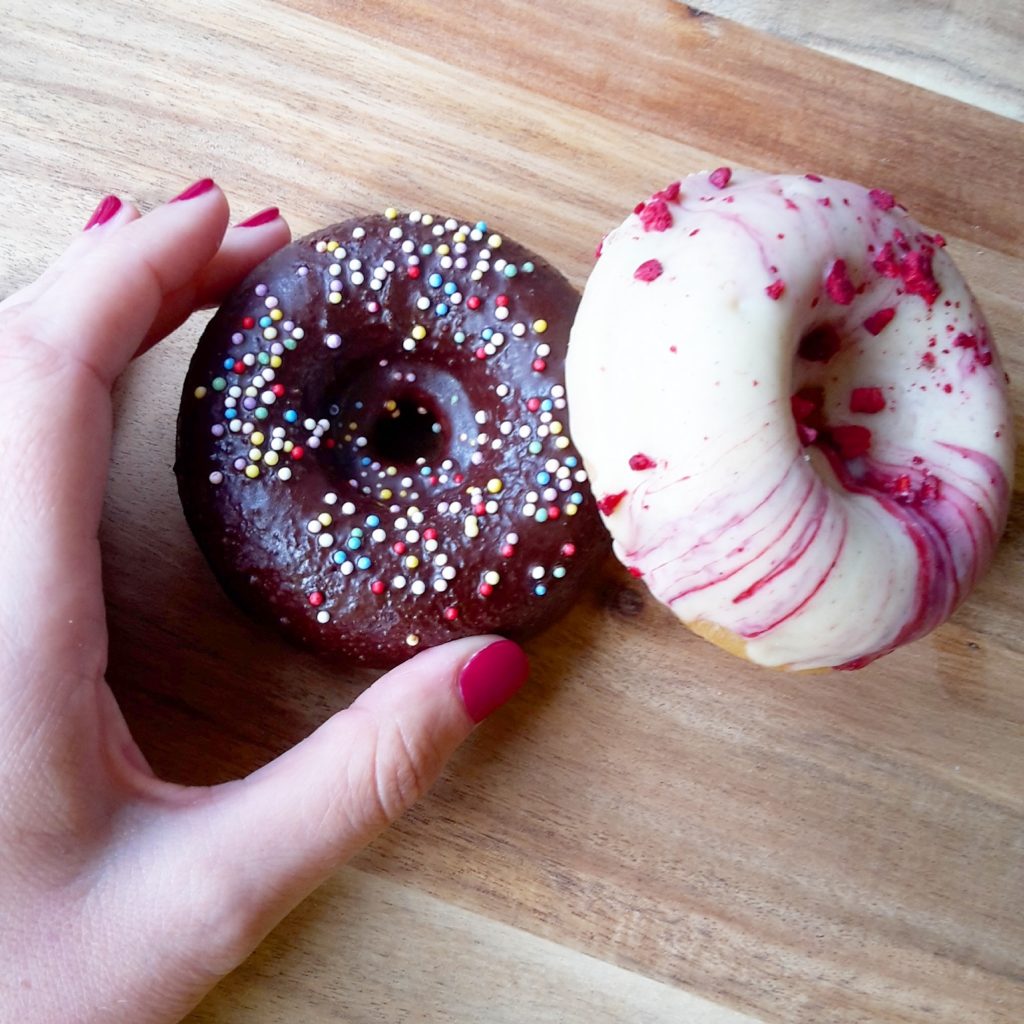 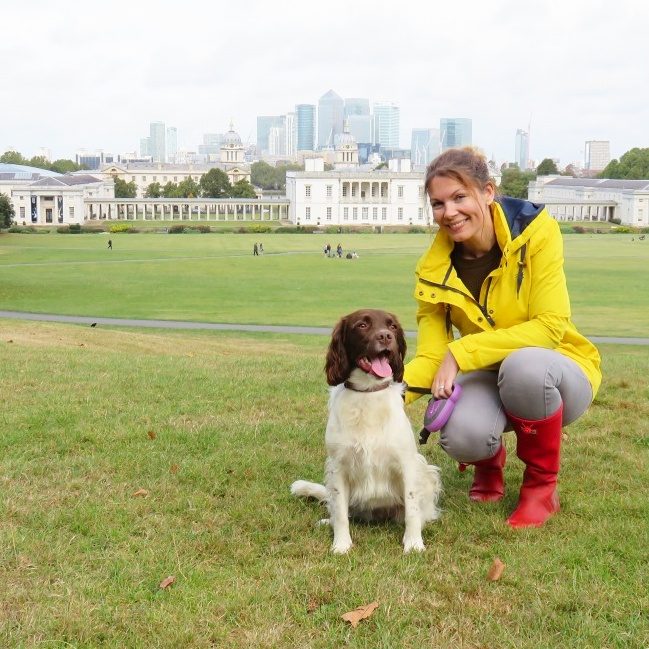 A new working week awaits but I feel ready for it, very aware of this lesson – nothing is as important to me as Pete and our fur babies. Hope you’ve had a lovely week X